One of the things I really have wanted to do lately was try out a new recipe, dare I even say it, once a week. I should already tell you I’m one of those cooks – you can give me a few ingredients and I can probably whip up something tasty but don’t actually ask me to read AND follow a recipe.

Even so I spend tons of money and time with cookbooks, websites, blogs and pinterest thinking “that looks great! I should make that!” and yet I just don’t follow through.

Since I made a bit of a change in February even hubs has does his best to take a recipe and carefully trim down the oil or amount of meat so that it still fits into the daily plan. He’s switched to coconut oil instead of olive and even eats cauliflower instead of rice or gluten-free pasta. So basically hubs has made more of an effort than I have to make new things and try different recipes!

I bring you to my blog title now…

Whilst in New Mexico I picked up several different nutritional bars, most GF and Vegan, some only gluten-free. I’ve never tried Lärabars or Raw Revolution but I’m way impressed. I mentioned it a few times on Twitter and my friend Tammy pointed out that I COULD MAKE MY OWN!! She sent mea few links and I decided it was time to make the effort.

I got my recipe here

As far as ingredients go, it’s really quite simple. The main ingredient is dried fruit, namely dates. I don’t generally eat dates (they remind me of cockroaches!!!) but I bought a package at my health food store, a giant bag of almonds and some Fair-trade cocoa powder – the other ingredient, shredded coconut, I already had at home. Four ingredients, how hard could it be?

Well. First of all I failed to read the package before I put the dates in the food processor. After a few minutes it actually smelled like it was burning and the little Cuisinart was shaking like crazy. I emptied the contents in a larger bowl (this included the almonds) and added my coconut and two tablespoons of cocoa powder. I was mixing with my hands so I thought I would try to stir it with a spatula… well, that wasn’t the best idea… not only did I break my spatula, the top bit flew off with a bunch of cocoa powder along with it. It was a wonderful comedy of errors and I couldn’t help but laugh hysterically. Hubs heard a lot of commotion and came in to find me laughing with tears streaming down my face and mess EVERYWHERE.

And the dates… what I failed to read was that they still had the pits in them. No wonder the poor Cuisinart was struggling to grind! I literally had to go through and pull ALL the stones out of my mixture before I could make the bars. So far the end result has not revealed any forgotten pits.

So, how did they turn out? 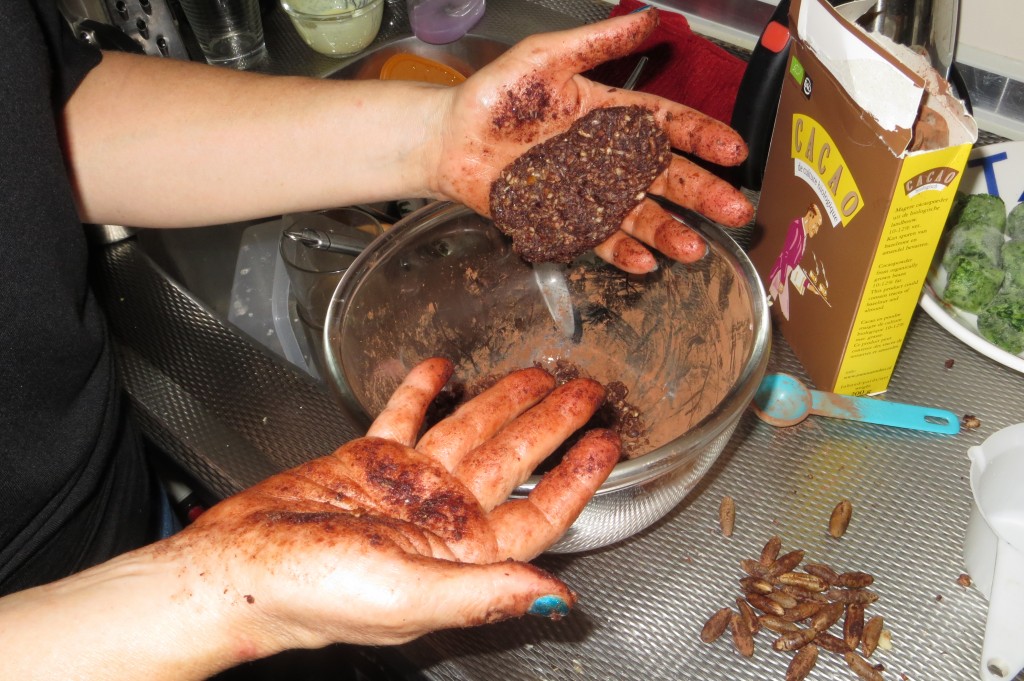 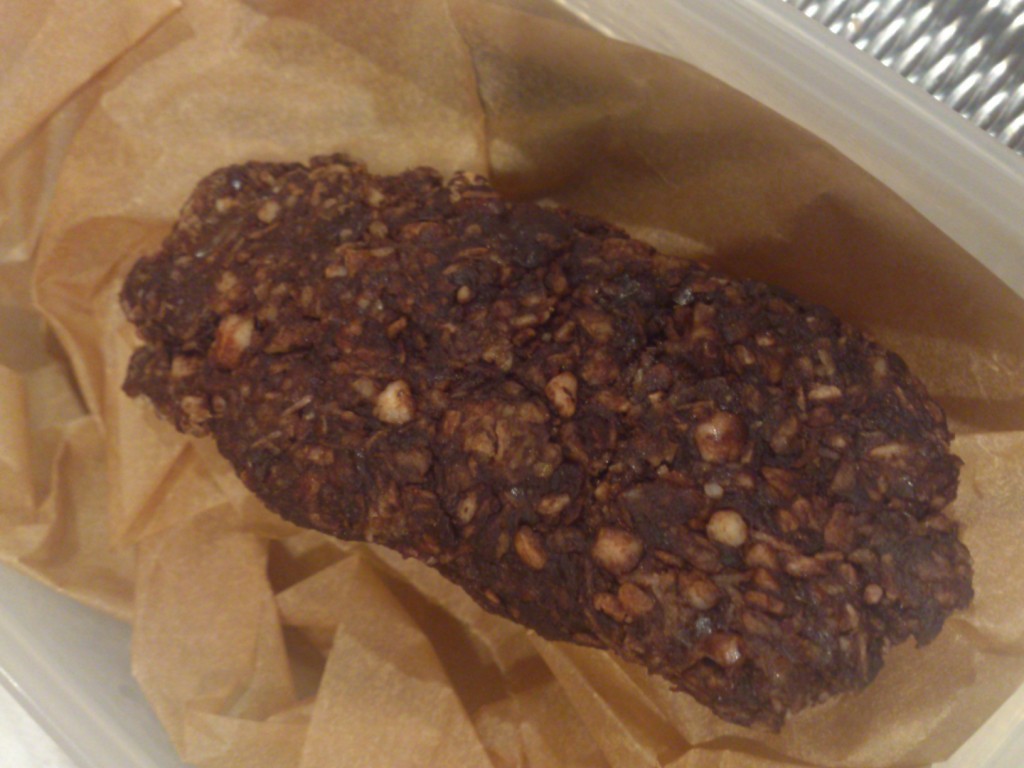 Like poop!
(I contemplated putting one in the toilet today at work. Yes, I’m a 12 year old boy)

They taste GREAT though I can tell you that!!

Have you ever tried to make your own type of nutrition bar?