OK Week 10. Not my finest hour after a great running weekend (I promise, the post is coming soon. It’s in the works!).

Monday – Travel day, therefore a rest day (not to say that I’ve never run on a travel day before, I actually have!). We actually slept in a wee bit, had a nice breakfast and then it was time to head back to the airport. An early afternoon flight meant that we were back in Amsterdam at a decent hour, meaning just in time to hit rush hour traffic on the way home (which was fairly ok, since it’s summertime). Arrived home, threw some laundry in the washer and headed over to Cafe Metropole (where we’ve been hanging out lately) to extend our long weekend with dinner and a beer.

Tuesday – Manual therapy in the morning. Ow. That’s really all I can say. LOTS of manipulation and a serious crack of the spine. I have to say though it seriously helped. Intervals were on the schedule but I decided I could use one more day of rest.

Wednesday – Easy run on the schedule today. Instead I did my intervals from Tuesday. So, Run #1 of the week finally. These are the kind of intervals I like. 5 x 600 meters, average pace 5:15 minutes per kilometer, 200 meters rest in between. Then… I went to bootcamp. Silly monkey. Ow, ow, ow. TONS of legs and abs. 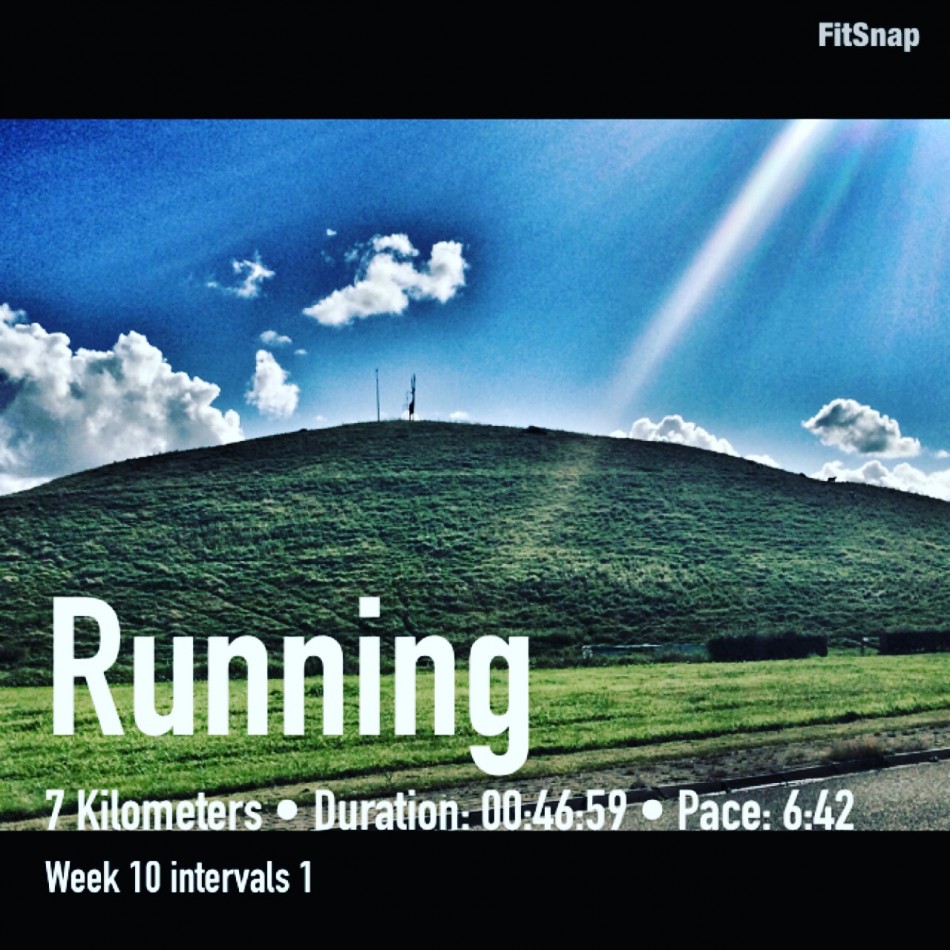 Thursday – Threshold run on the schedule. I was fairly grumpy on this day, not sure exactly why. Maybe tired. Maybe hormones. Got dressed and ready to go out and it started raining. Decided I was not running in the rain. This is not typical; I will usually run in all weather. However, I just.didn’t.feel.like.it. So, I stayed home.

Friday – Rest day on the plan. BUT, since I missed runs 2 and 3 I pretty much decided I would do the threshold run from Thursday right after work. BUT… I had a date with Melissa, so I needed to be on time. Work has been pretty slow so I figured I would leave just a tiny bit earlier. But of course when you “plan” leaving earlier things happen. So I left a tiny bit later than I wanted and everything was pushed out 15 minutes. I did it though! 10 minutes Zone 2 / 10 minutes Z4 / 10 minutes Z2. Got home, showered, got ready and was late meeting M but luckily she understood. Pizza, wine and a movie for the win! 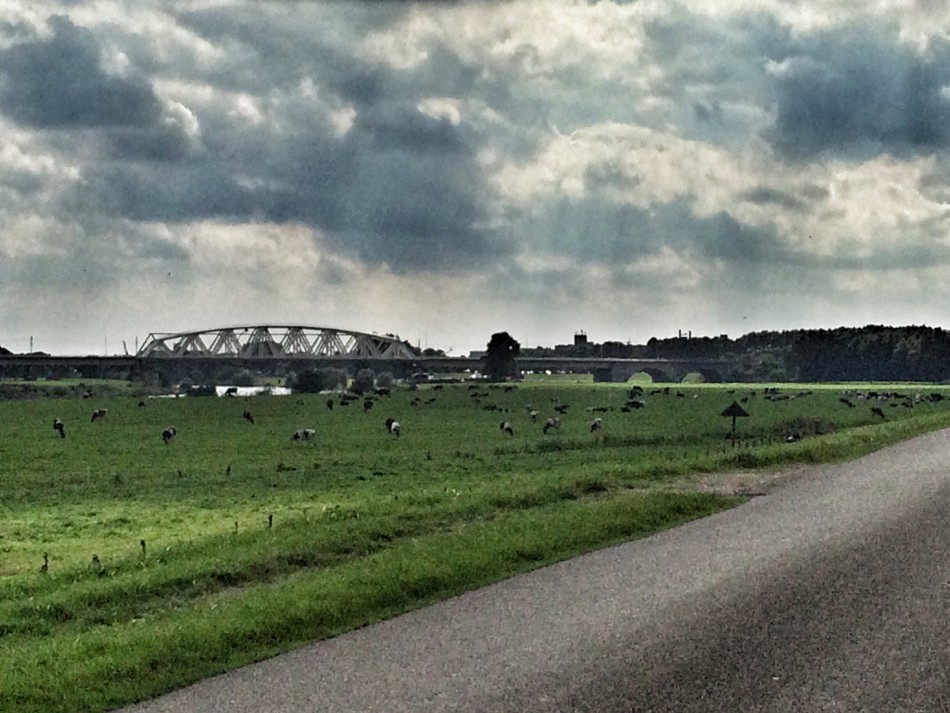 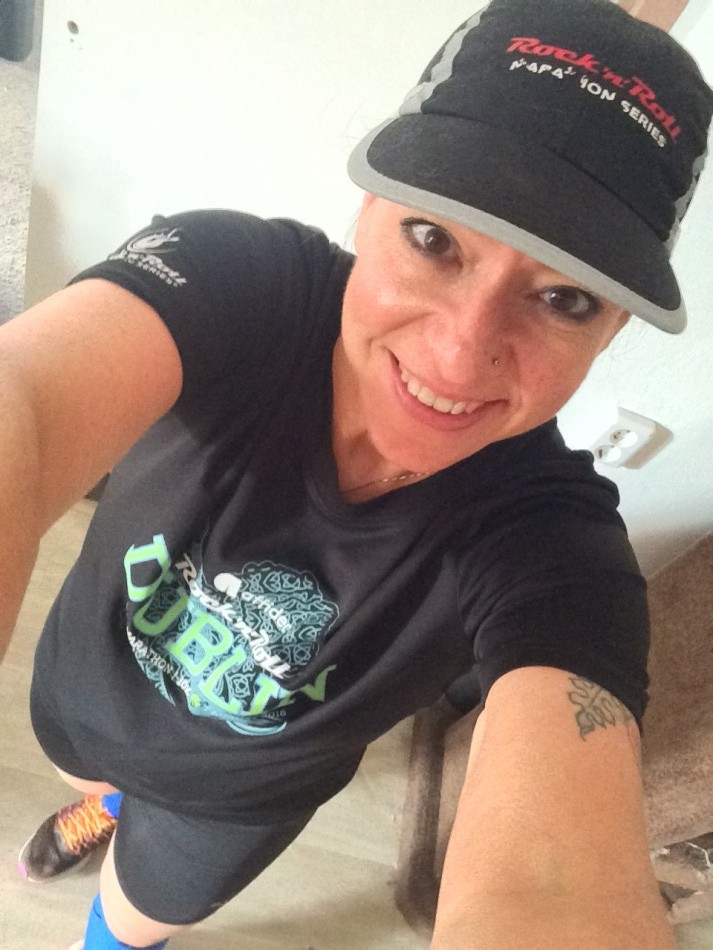 Trying out my Happy Face

Saturday – Lot of self-doubt going on. Felt tired and mentally crap all day. Meant to run with Gerrit but just had no energy.

Sunday – Long runday. Basically a total flop. I really had good intentions. I just couldn’t get going. My 3 kilometer warmup was stop and start, then I had a couple of good km’s and then stop and start again. Took me 1 hour to do 8.5KM so I decided to go home and bike to my destination instead. So, 8.5KM run, 42KM bike ride. There was a beer in between. Or two. 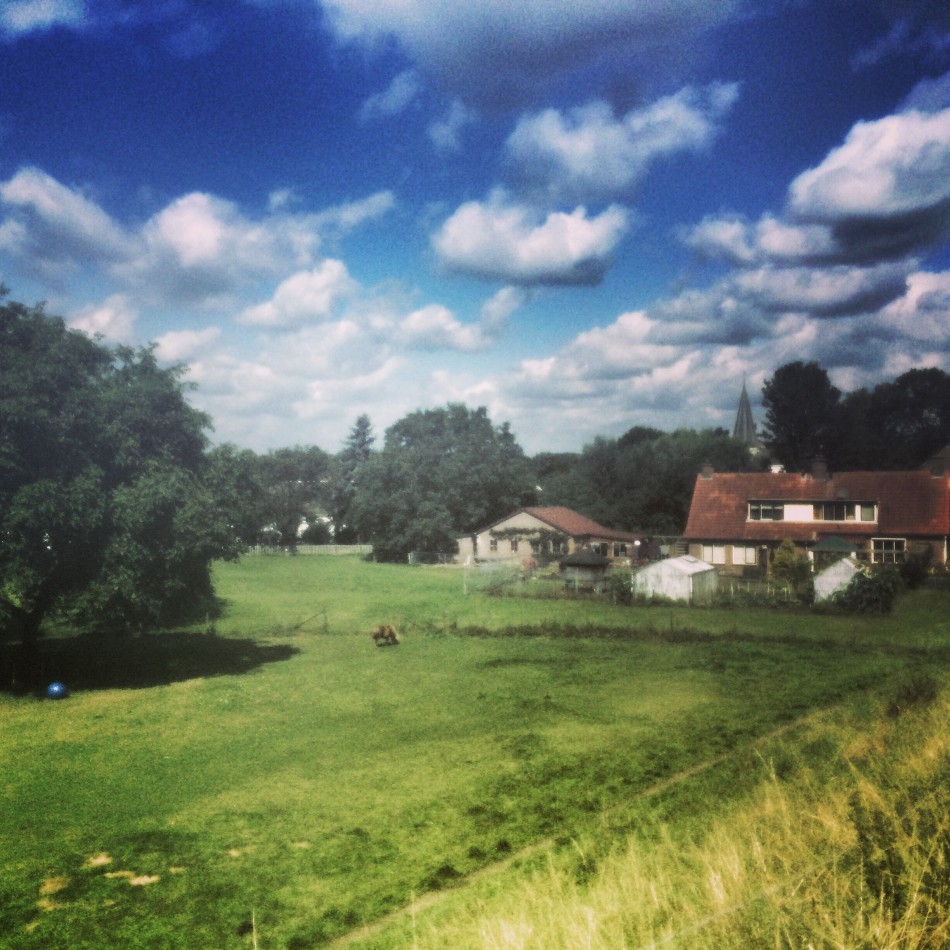 at least it was nice out 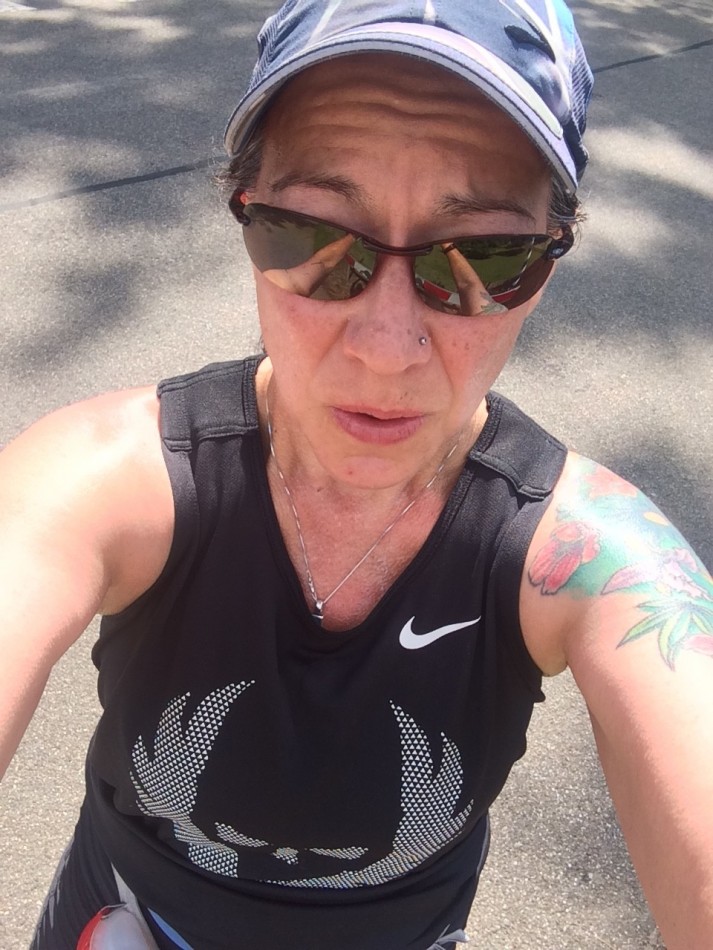 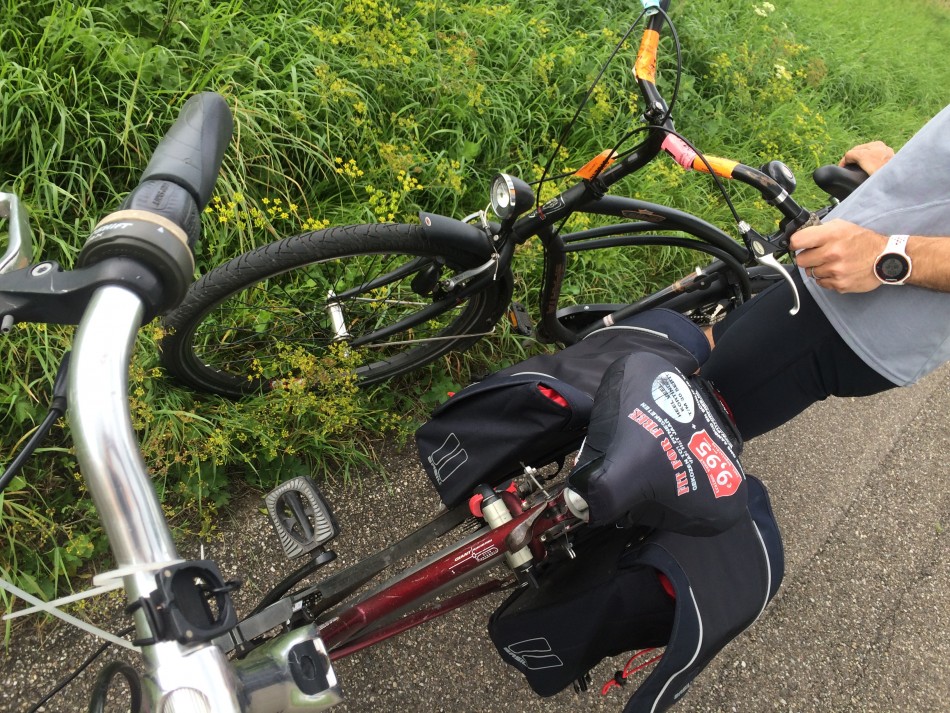 Biking it is then. 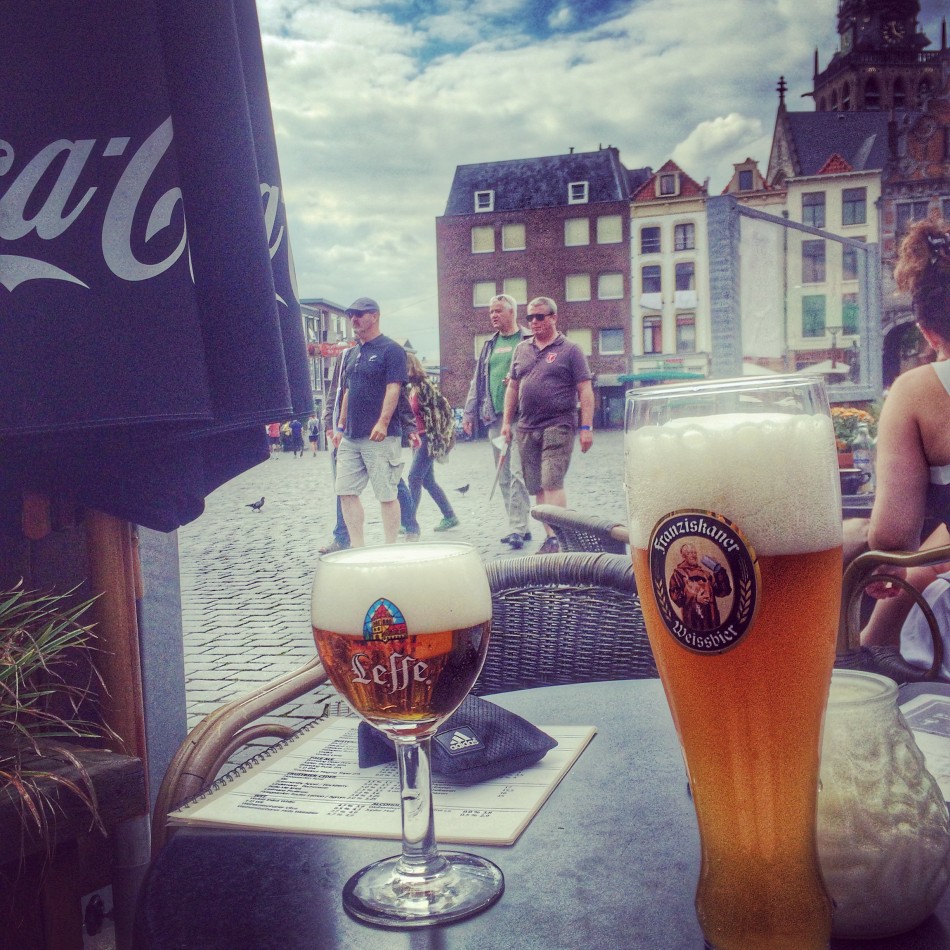 All in all a very crappy week. I know I can run a marathon, but I really wanted to RUN this marathon. I don’t think my body nor my mind is up to it. I need to work on changing that way of thinking. Right now it’s just super hard. I feel tubby (still not lost any weight at all), slow (but I’m not really, if you look at the numbers!!) and pathetic (also not pathetic… don’t know where this is coming from!!). I must get rid of this self-doubt.

Oh but by the way, STILL PLANKING! Yes! Half way through the challenge now.

I’m on a path of self-sabotage with this way of thinking. Any tips on turning it around?