How do you know you have really changed?

It’s great to have the revelation that you have changed.

I mean we all talk about “lifestyle change” yadda yadda yadda – we KNOW that we have to change so much about ourselves and we THINK we have… until we lose the weight and gain it back again for whatever reason. OR we don’t gain it back but the emotional part of the journey is just starting (I know. I said that word “journey”. I hate it but what else can I say?). The emotional part is probably the hardest part. In fact, it IS the hardest. Anyone can lose weight. To keep it off is a totally different beast all together.

I’m one of those statistics. I lost weight. I gained it back. I lost it again. I gained it back. I’m pretty sure anyone reading this right now knows this scenario very well or at least knows someone who has been there too. We all think that we are not going to be one of “those people” who gain it back. Then we are. That feels like crap. We know it’s happening but we don’t know how to stop it, even though we knew for sure, before it was happening, that we wouldn’t ever let that happen to us. We would overcome. We would beat the odds.

You know what? It’s totally ok if you don’t beat the odds. The odds are an incredible crap shoot that only a small percentage of people are able to achieve. If you have setbacks that’s ok. Seriously, who lives in a bubble where they aren’t affected by things in their life that could trigger old behaviours? Some of us are behaving in these not-so-helpful ways for 30 or 40 or more years. You don’t just suddenly NOT want to binge eat when you are stressed or lonely or angry or tired, just because you don’t want to be one of the statistics. The mind is so much more powerful that we imagine and if this is the way we are wired (incorrectly or not) you have to change that too and that doesn’t happen overnight.

So what exactly am I getting at?

Well. The first weekend of November hubs took me away for the weekend, actually to celebrate my birthday (that was in September). We didn’t go far away, in fact, we just went to Otterlo, a small villiage on the edge of the Hoge Veluwe, which is the largest national park here in the Netherlands. So he “took me away” but this place is just about 20KM from home: 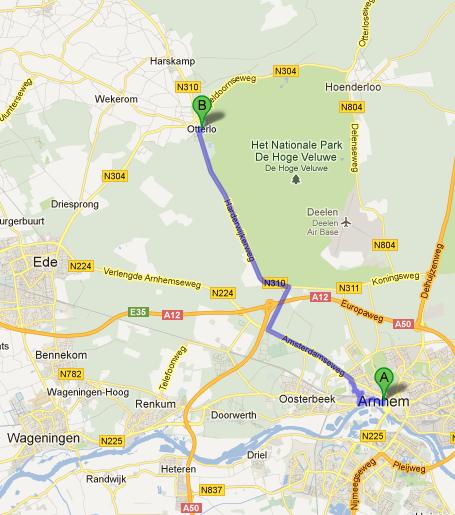 We stayed a spa-boutique hotel, about 500 metres from the entrance to the park, which was absolutely brilliant. We were planning on spending time in the park for sure during the weekend. The best part of it all? At the park there are free bicycles in several areas of the park. You just pick one and you can cycle all over the park, to the museums, or just ride around enjoying the scenery. The first evening we arrived, we checked in, dropped our stuff and went down to the common area/ restaurant to partake in a glass of wine before dinner. Afterwards we had a quick look around the facilities and knew for sure we would be using the pool in the morning and hubs’ had already made an appointment for me to have a massage as well for Saturday. We walked through the village a bit and decided to have dinner at a place that didn’t look like it was about to be shut down (small village, few places to go, some with zero customers…). Imagine my delight that the menu was FILLED with local/bio choices AND had gluten free dishes as well! AWESOME.

We were both pretty exhausted so were back in our room enjoying another glass of wine before passing out somewhere around 11pm (I know, we’re getting old). We got up the next morning and immediately went to have breakfast so that we could enjoy some swimming before we headed out to the park. I loved the pool and we had it all to ourselves! We talked about how much we loved swimming, we talked about this summer at my dad’s, we talked about how we wanted to more of this together and with the kids. It was extremely uplifting. 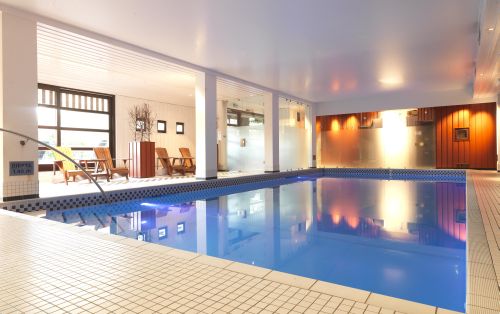 In fact it was this swimming morning that made me decide to do that 1.5KM open swim at the Festival of Sport next year in Cornwall… but more on that later…

After swimming we got ourselves together and went to the Kröller-Müller Museum, inside the park. This museum houses one of, if not THE largest, personal collection of original art works by the likes of van Gogh, Mondriaan, Monet, Picasso, etc. Pretty incredible. And outside they have a sculpture “garden”. Kind of surreal to be in a place that has these amazing original works of art. Like just to stand in front of an original Renoir is kind of cool, right? Definitely worth the visit.

After several hours we went back to the hotel as it was time for my massage. O. M. G. Yeah I needed that.

We decided afterwards that we were going to rent bicycles to ride out to Ede for dinner. The plan was to go to Steakhouse Amadeus – this is a sort of “American” style steak house and very, VERY popular with the locals. The ride was about 8KM, wouldn’t take too long. The hotel had bicycles we could rent for just €6 a piece but since we were only using them for a few hours, they only charged us for one! BONUS!! Biking out there was kind of scary though – being out in the middle of nowhere between villages means it’s just extremely dark out. We made it in one piece though and certainly had worked up an appetite!! Coming back didn’t seem as bad or to take as long but by the time we were back we were just ready to hit the sack!

The next morning we got up and had a nice breakfast again and it had stopped raining so the plan was to go into the park again and take advantage of the bikes. We spent quite a bit of time just riding around the park, had cake and coffee during a little break and then went to the Museonder – literally a museum under the ground that gives an insight into what exactly goes on underneath our feet and all of the history behind the nature that we can not see. Very cool stuff. 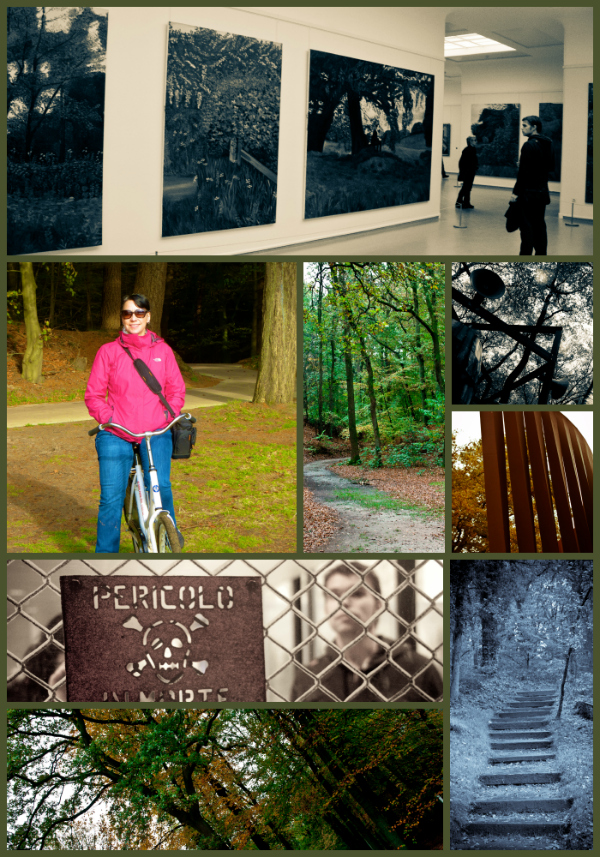 The thing I reflect about this weekend is the change I have made in my life physically. What I mean is, I remember many weekends that we would go away that would be all about a bit of sightseeing and a whole lot of eating and drinking (alcohol). I’m not a teetotaler by any means, but the amount of alcohol I drink now is more about quality than quantity. There are no more hangovers or missing breakfasts so that we would have to go out for some kind of greasy (yet delicious) fry up. The fact that we woke up to eat sensibly and then go for a swim???? Wow. The fact that we rode bikes to go have dinner in a neighboring town? Incredible. This is where you know you’ve changed. Does it guarantee you that you won’t got back to old behaviours? I don’t know. I personally don’t think there is a guarantee. I think life has to be about making conscious decisions ALL The time, even when those decisions AREN’T the best you’ve ever made.

When I gained weight (all of it and then some) a few years ago after maintaining a 27KG / 62lb weight loss for just over 3 years I was not making a conscious choice. I was in a horrible state of mind and my circumstances were pretty bad (for me – I’m sure others have gone through worse hardships) – the only way I knew how to cope was to medicate with food and drink (and cigarettes).

I feel like, even though I still am not exactly where I want to be weight wise, it’s ok. It’s ok because I know that I have actually changed. I know that when I do reach for chocolates out of stress it is a conscious decision, I KNOW exactly why I’m doing it, it is not without thought. Some days are better than others. Those better days sometimes morph into weeks or months and I don’t revert back to those old patterns. I’m human though and there will be setbacks.

Can I honestly say I will “never go back” to that old life again? I would like to say that and mean it, however, I would rather at this point just DO IT every day and let my actions make that statement for me.