It was a pretty stressful week actually so training wasn’t as stellar as I would have liked… I was supposed to do 4 runs and at least 1 cross training session but I ended up with 3 runs and no cross training. In fact, I haven’t run since Wednesday!

Sunday – 11K 50 minutes D1/ 20 minutes D2. Both Hubs and I went out for this run and did it at our own pace. To be honest, it’s easy to run in D1 but that’s how I run all the time. I guess the purpose of training is to try and increase your speed and your capabilities to more than what you can do currently and this is where my brain says “Whoah!” when I try to increase. The 50 minutes were actually fine and I felt good, and don’t really need to stop and walk anymore, but the 20 minutes at a faster speed (but not that fast, if that makes sense? we are talking about 9KM per hour vs. 10KM per hour) consistently? That’s hard (in my head). Those 20 minutes didn’t really go that well, but I did try, I really did. I decided after that I need to train on a treadmill for these speed increases.

Look Hubs is sporty too! 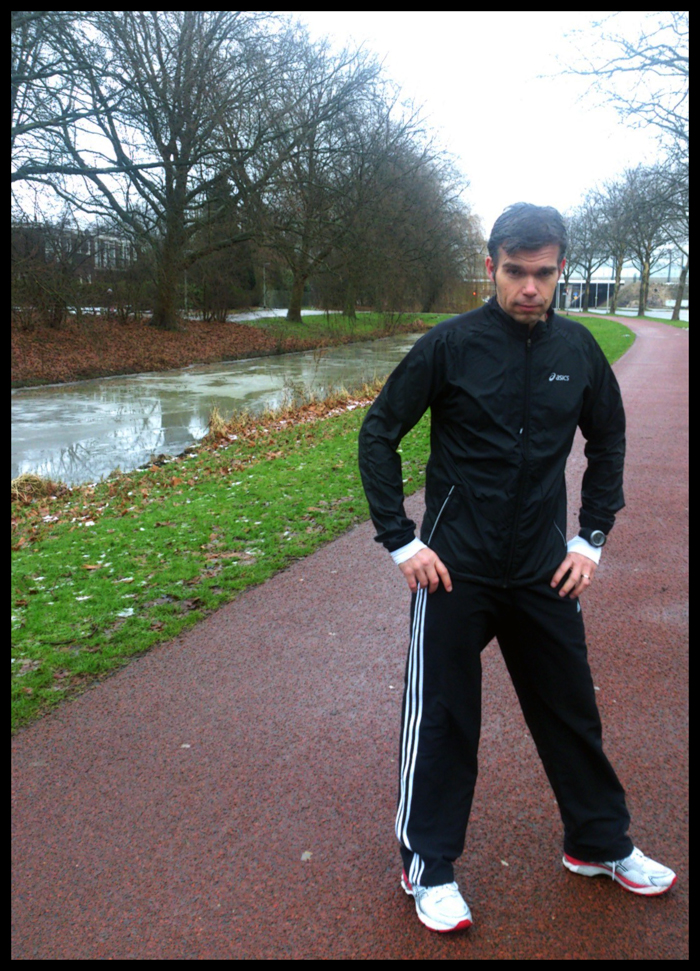 Anyway, the 11K happened in 1 hour and 13 minutes with an average pace of 6:38 per Kilometer (around 9KM per hour). In general this IS my average pace.

Monday – 7K, 30 min D1, 15 min D2. After Sunday’s run I already knew I would be doing this at the gym on the treadmill. I did a warm up of 10 minutes and then started. It was ok. I’m not a huge fan of treadmills but I can really understand the benefit now. My average pace was 6:19 per kilometer for this run.

Tuesday – cross training. Wanted to go to GRIT even left early from work to get there and of course there were train issues so I ended up having an extra 50 minutes on my train journey. I was exhausted from work (end of the month, was up late working the night before and in the morning) and would not arrive on time for the class so decided to skip it all together. Good decision; I needed an early night in bed.

Wednesday – 4K/ 5 x 800 D2-D3, 3 min walking between each. After 2 attempts – I went out in the morning but it was raining and blowing everywhere, I was actually soaking wet within 3 minutes! Then I tried again in the afternoon and mentally was blocked – I finally went to the gym in the evening to do this on the treadmill as well. As I was working from home I would have preferred to get it over with before work but that didn’t happen. My brain was really against me. I did manage it on the treadmill, but I do find intervals very difficult. I need to do it a few times to get me over this brain block.

Saturday – rest (I did walk 5K into and around town to do “something”.

My biggest challenge here is my own head. Physically I can do this, no problem. It’s mentally. There are a lot of years’ worth of repetition in my head that I CAN’T do (fill in the blank) and I think that may be even harder to get rid of than actually running the Half itself.

If anyone knows where I can buy a big bottle of confidence, let me know.

But, of course, I lost essentially no weight (as per usual). Started the year at 79.8KG and ended it at 79.6KG. Hopefully now that I have a fitbit I can try to rectify where I may be going wrong!

Have you trained for a Half Marathon before? Did you follow a specific plan? Do you also have mental blocks? How do you get over them?