I mentioned previously that my husband and my stepdaughter have a (renewed, in Hubs’ case) interest in running. While Hubs and I rarely run “together” – his pace is much faster than mine – I love going out for a run with him and can’t wait to go for our after work runs in Sonsbeek Park again soon.

That my stepdaughter is showing interest is really special to me. She’s been running for about 5 weeks now and even arranged a few necessary clothing items so that she had more sporty gear to run in. A few weeks ago she was looking for a pair of running pants and had some trouble finding what she really wanted so eventually I had a look on Wiggle to see if there were any decent sale items and found her a pair of Nike Running pants for €35 (to help her be responsible for her new hobby, she will give me €15). She also has a Couch to 5K program on her phone and just recently expressed interest in doing the Color Run 5K in Amsterdam at the end of May. We’ve talked a bit in the past about not being “good enough” in gym and I explained to her that everyone has their own strengths and weaknesses and she shouldn’t feel bad if she does the very best that she can at that moment. I can imagine that she has thoughts in her head now about her body image – she is 15 after all and she has two examples of women in her life who have struggled with their weight. I just want her to feel good about herself and if running gives her that, then I’m really happy.

Hubs has been really doing a lot to not only improve his running technique but has also been setting a lot of great goals and results for himself. I’m so proud of him for going to the gym regularly and that the running is going so well. He’s had some issues with his joints and hips but with the Chi Running techniques and proper warm-up and cool-down things are going really well now. He’s like my coach and supporter all in one :) We are even (all three of us) signed up to do a Chi Running workshop on the 9th of June. This is getting serious.

I should explain the title a bit. Hubs has been to India a few times and each time brought back a passion for cooking Indian food. We love good, spicy, tasty food and there is no shortage of it in this house. What’s cool is that you can make it into a healthy meal (just by reducing the amount of oil in a dish for example you can slash calories and fat) and you can also replace rice with cauliflower, which we do often now. Curry dishes are a regular thing for us, in fact I eat leftovers for breakfast sometimes! He’s the Curry Master and I of course the obedient servant. (and who’s going to argue with an amazing dinner made with love and spices, every night?) 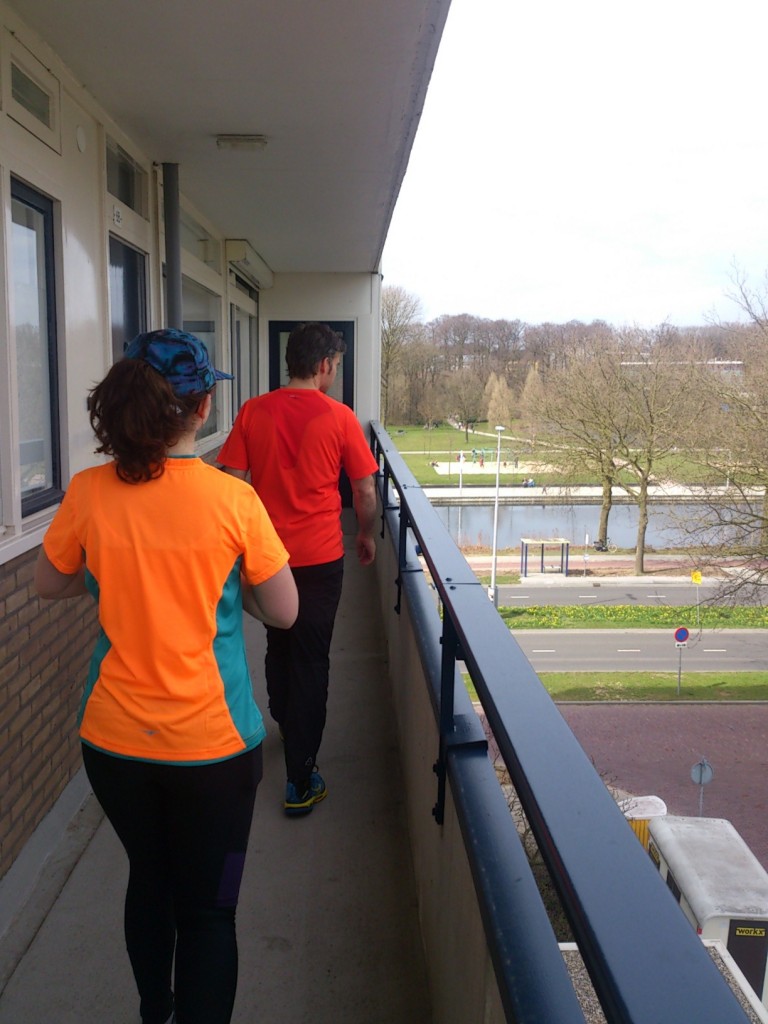 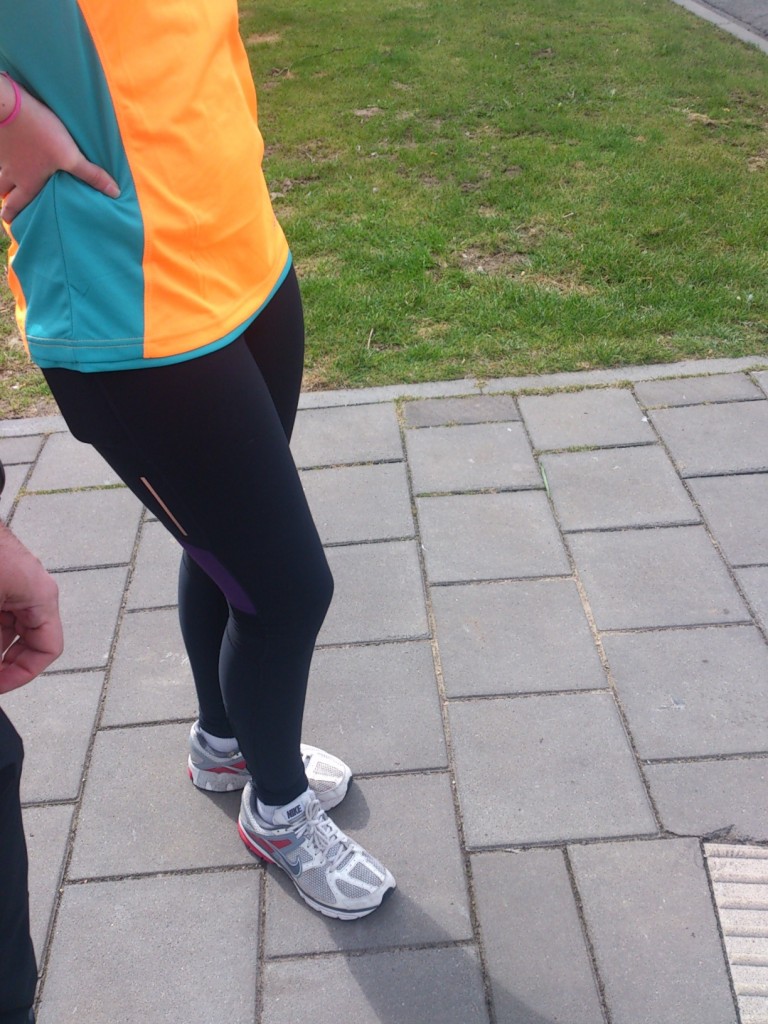 she’s wearing my old shoes until she graduates from C25K, then her reward is a proper pair!

Today the three of us went out to the park for a little warm up exercise together, then The Girl did her thing and Hubs and I headed out to Westervoort. I’ve been under the weather and wasn’t really sure what my capabilities were today but Hubs wanted to do 10K so I said “OK”. 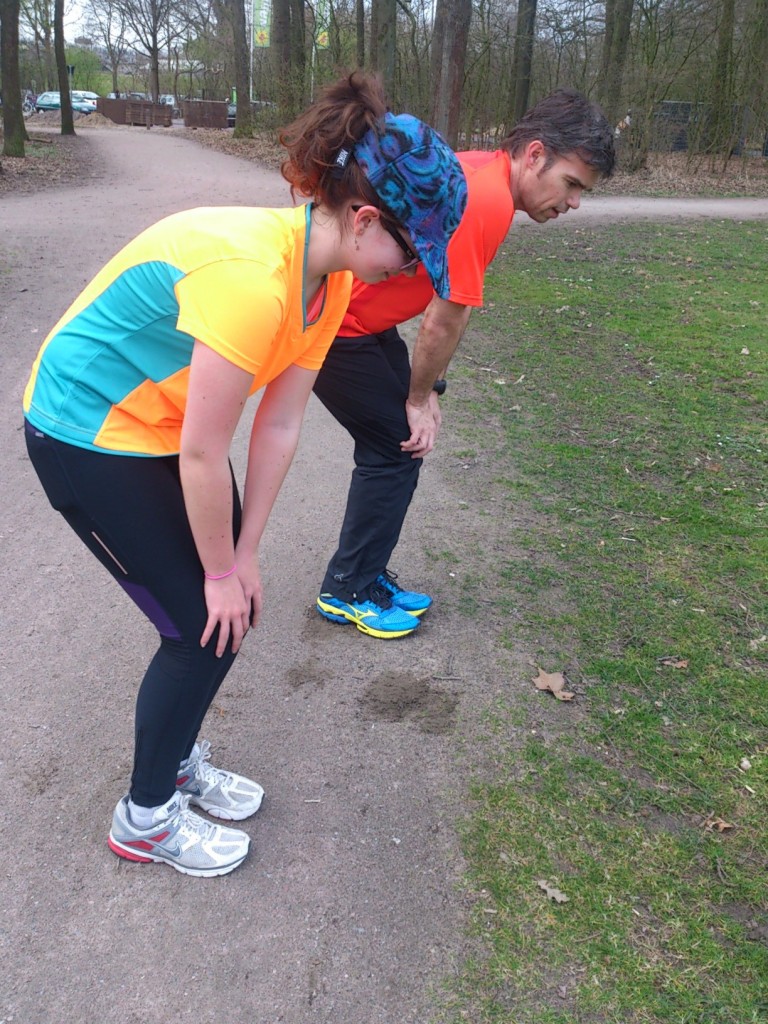 doing our warm up stretches and exercises

About 4KM in, I decided to walk just a bit, my breathing was a bit off and I didn’t want to push it too much. It was also a little warm, though luckily I wasn’t overdressed. 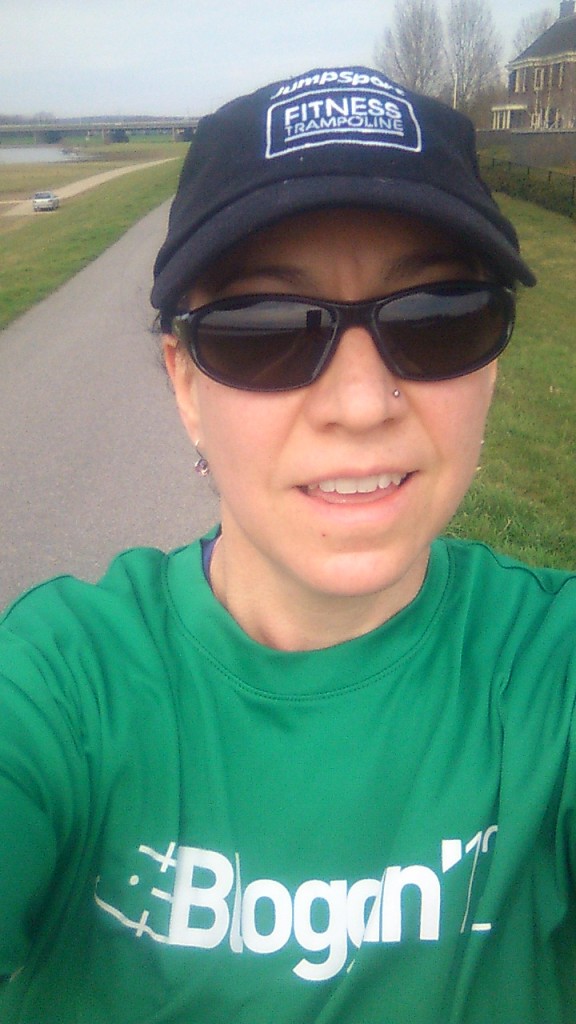 I knew Hubs would be taking the long loop and since I was so far behind I decided to cut through and then head towards where he was so we could meet up (and then I would turn around and follow him). 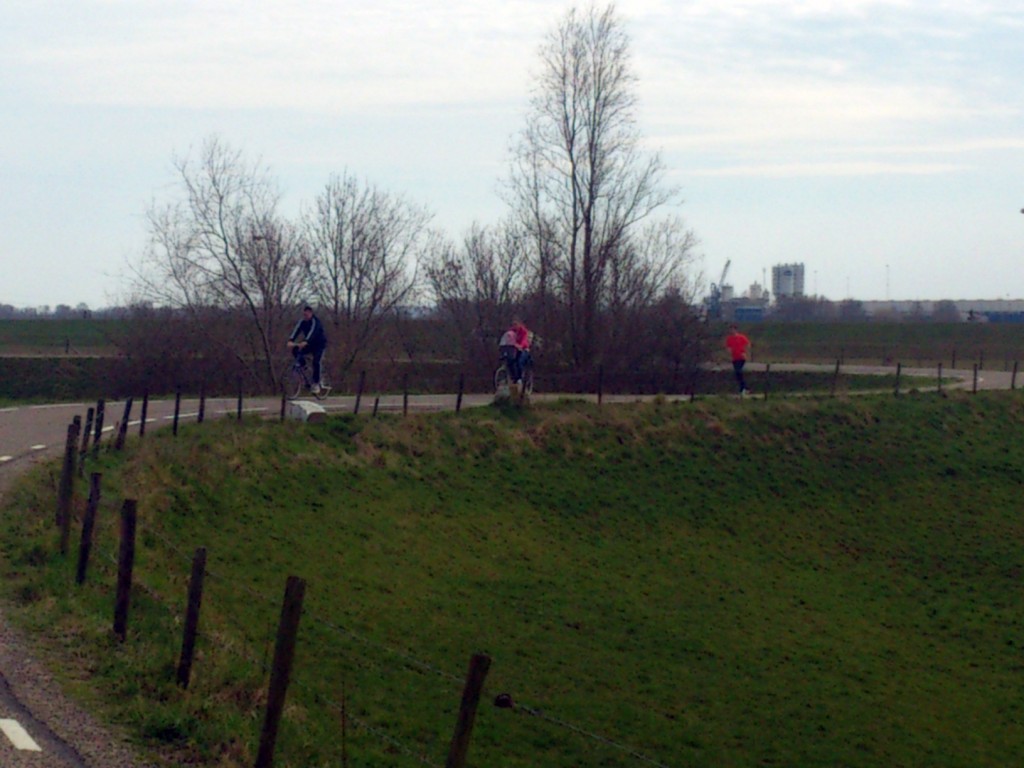 coming around the bend

Because of the weather, there were tons of people out, mostly on bicycles, but quite a few cars too. It’s kind of tricky on these country roads if there are cars coming from both sides, but you just have to be careful. 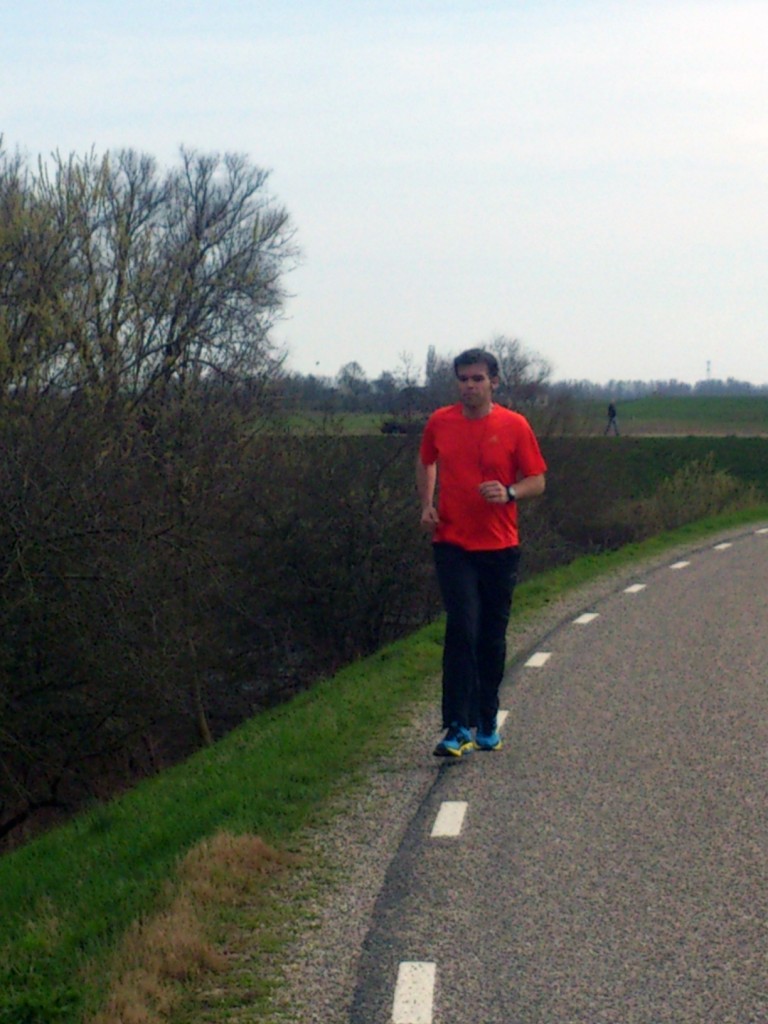 Once again he was ahead of me within minutes, but I honestly wasn’t running very fast at all. I just kept going, back up and over the bridge and then home. All in all, 11 kilometers.

Not bad for a first run after the Half! I’m off to Rwanda tomorrow until Saturday and on Sunday I am signed up for the Spieren voor Spieren (“muscles for muscles”) City Run in Hilversum (like I did last year) – I have my running stuff with me so hopefully I’ll at least have a chance to run in the hotel gym (but really How Amazing Would It Be to Run in Africa???) but I heard from a colleague too that running in Kigali is totally safe during sunlight hours and that if I have the chance I should just go for it.