So after Berlin I had a few days of “normal life” then I was off to Rwanda.

What an amazing experience that was. I started writing about it and then I realised that:
1) I was really hard to put into words
2) The post was getting longer and longer and I wasn’t even finished with Day 1 yet.
3) Maybe you guys weren’t 100% interested in a giant recap of my trip

(sorry that I was making that decision for you, by the way)

So in a Nutshell – I went for work, but it was more like a reward for hard work, dedication and enthusiasm, especially since I don’t work in one of our stores, nor do I have anything to do with the actual product. I love the company I work for and I have a lot of passion for the coffee AND the brand. I feel honored to have had this opportunity.

To say that the experience changed my life would be an understatement. I got to see first hand exactly what farmers go through not only to grow the coffee but all the steps it takes to actually make it so those beans can eventually become your morning cup of joe. If you ever thought that prices are too high for “just a cup of coffee” think again – the blood, sweat and tears that goes into getting that coffee to you deserves a bit more than what they are actually getting. Companies like mine actually invest a lot of the money made back into these communities so the farmer benefits in the end (and of course the company as well, as it is a business). I’ve now also seen this with my own eyes.

The coffee part was awesome. The human part? Indescribable. I fell in love with the people. The country. The children. Oh my God, the children!! The first thing most people think of when they think of Rwanda is the Genocide 19 years ago. Neighbours killing one another. Now? They work side by side, together in their communities to build the country up again. The President talks about forgiveness. The only way they can truly move on is to forgive. And they’ve done it. What a turnaround. Can you imagine? We hold grudges or stay angry or decide we want nothing to do with family members over petty bullshit. These people have forgiven the neighbour that killed their children. They have forgiven the rapist who gave them HIV. We could learn a lot from them.

Highlights:
Meeting AMAZING colleagues. I will never ever forget these new friends. 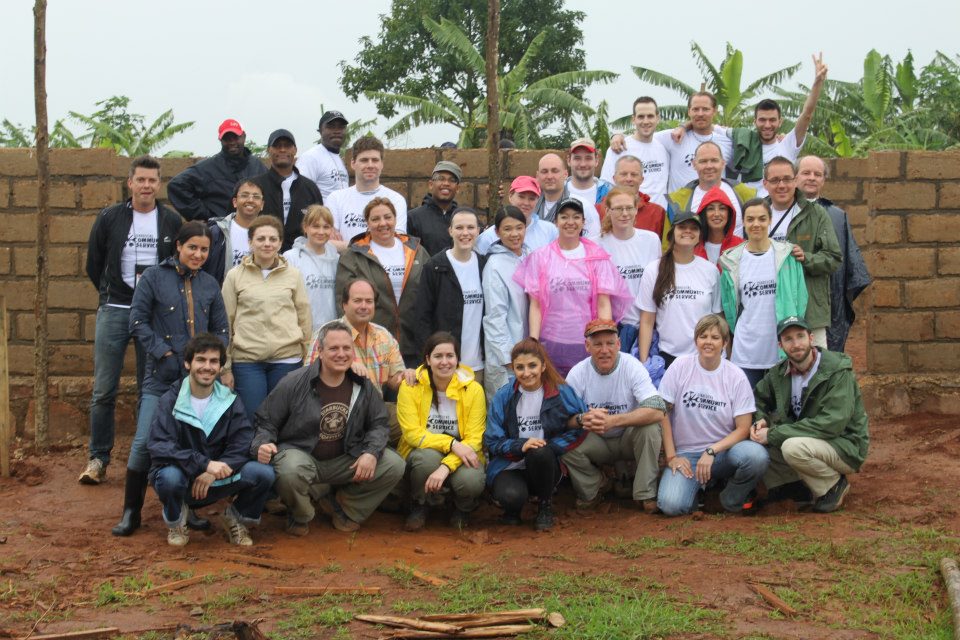 My team prior to getting down and dirty to help build the Health Clinic.

African Rain. HOLY COW you’ve never been rained on until you go to Africa!! 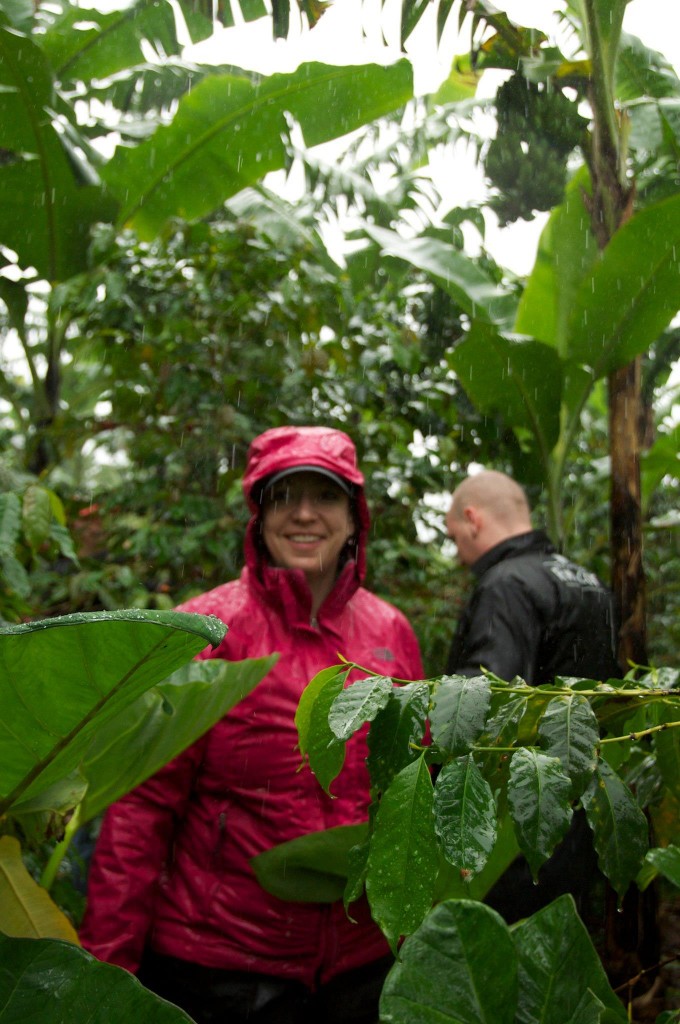 picking coffee cherries in the downpour

Ladies of the village singing to welcome us. Amazing and emotional. 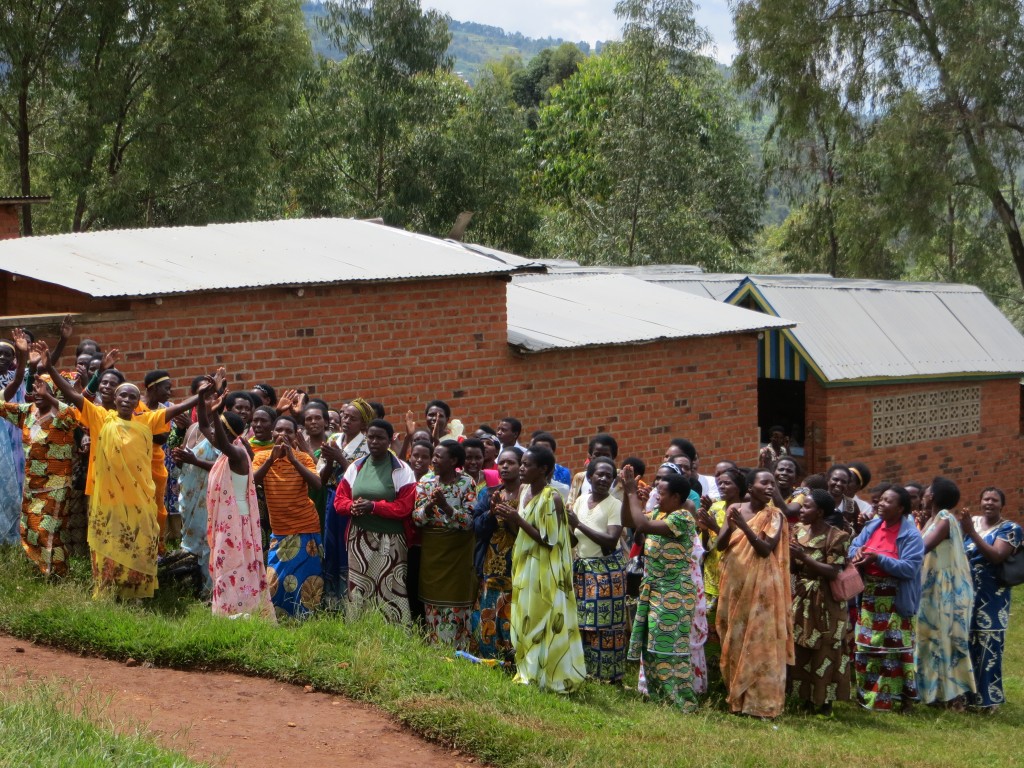 The ladies of Musasa

Picking coffee cherries with the utmost care for the farmer, Suzanne (in the pouring rain) 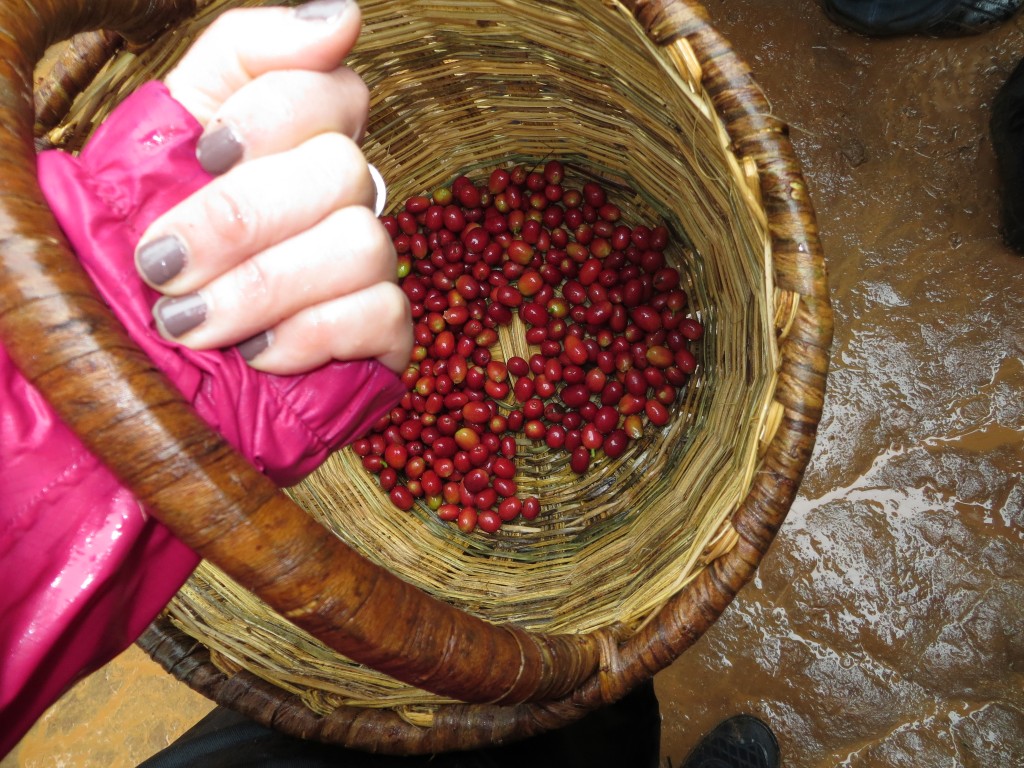 I know it’s not much, but I wanted to be sure I got the good ones.

This will seem odd but – the Genocide Memorial. Heartwrenching. Soul-crushing. The desire to have this never happen again even more prevalent.

Community Project – helping to build a health care facility that will serve over 7,500 people and provide 24/7 care (old facility 2K people and not 24/7) 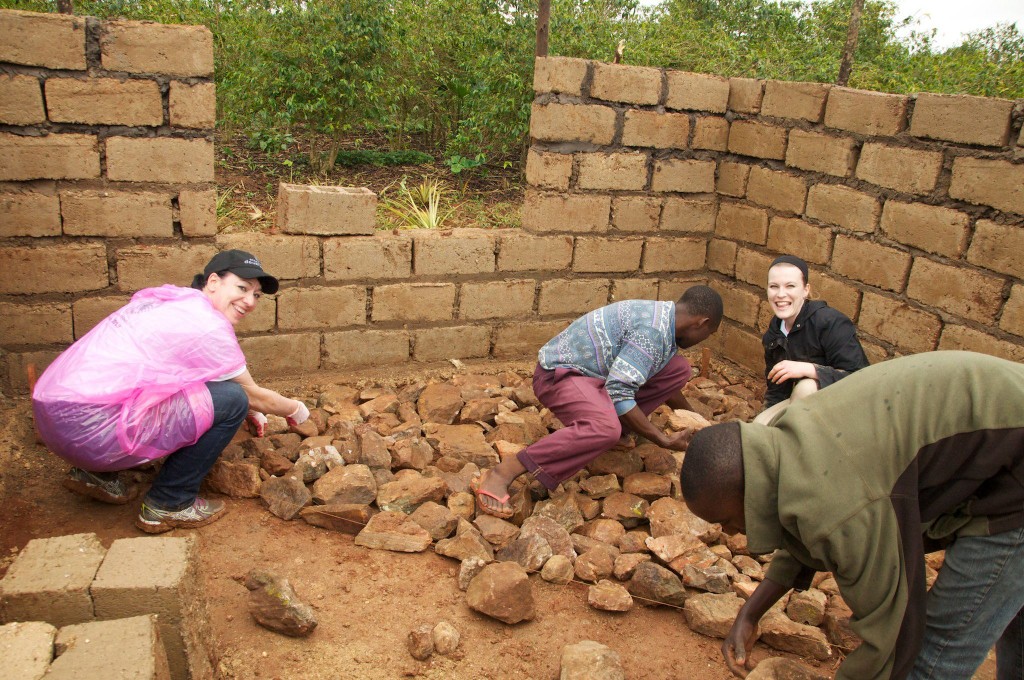 no common language but a common goal. we made it together!

Seeing my Aunt again after 15 years – yes, ladies and gents, my Auntie lives in Rwanda! Of all places I could go in Africa, I went to the one place where I have a family member! 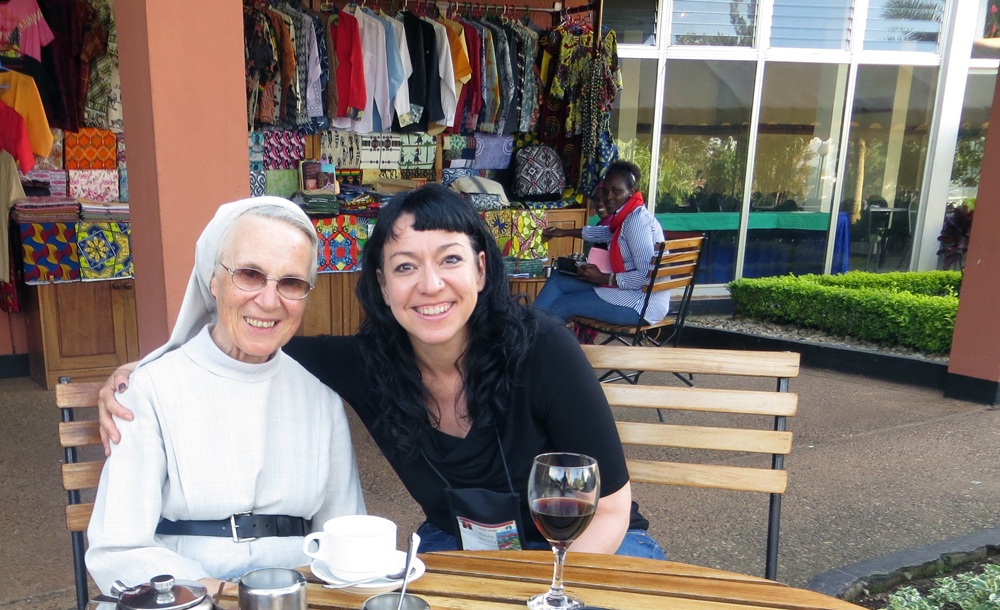 my Auntie Clodagh aka Sister Margaret Mary. She’s lived in Rwanda for a long time. Before the Genocide and again after (since 2008)

Oh and look at these adorable kids! 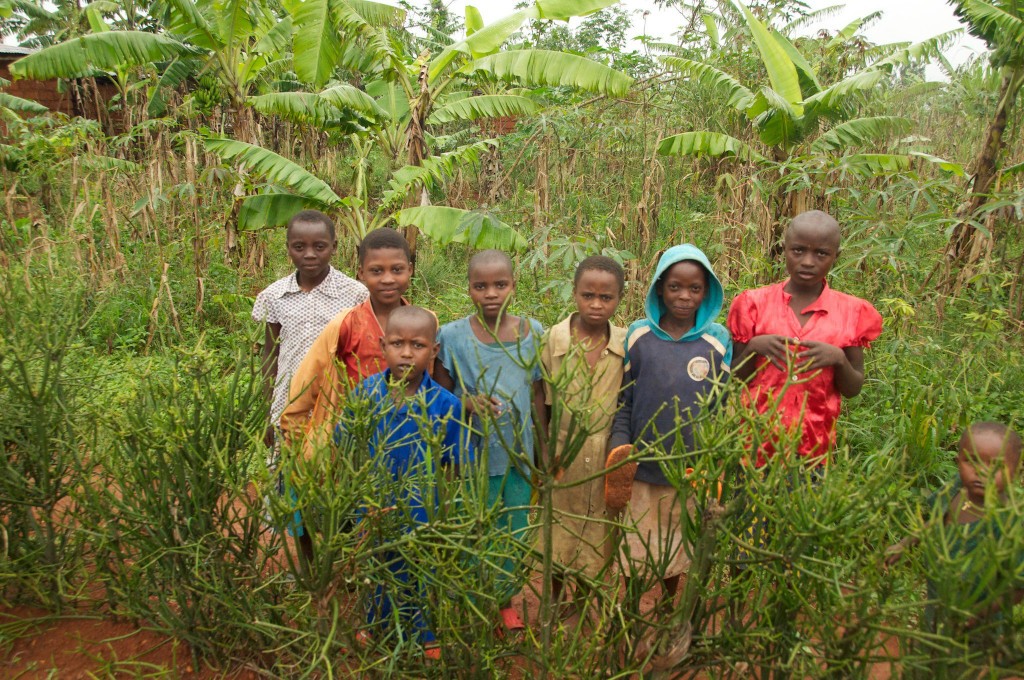 the children were captivated by us. Everywhere we went they waved and smiled and looked in awe. Some even ran after the van we were in!

After I got back, literally, the day after, I ran the Spieren voor Speiren 10K in Hilversum. I did this last year as well and even PR’d at the time.

I was not looking forward to running. I was tired. Exhausted even. I have been coughing since March and the last few days of the trip were kind of hard on my lungs, probably something to do with the altitude there. I decided I was going to do it anyway. I made the commitment. If there is one thing running has taught me, or at least reinforced, it’s to keep commitments. So off I went, to meet up with Patricia and Samantha. I knew I wasn’t going for any world records, and in fact, I wasn’t even concerned with time, etc., I just wanted to finish. I ran it last year at 1:04:22 and that was when I was feeling fit and ready! So this year I was just going to run, not pressure myself and enjoy the beauty of the day.

Samantha ran last year as well, but it was Patricia’s first time. Sam was more than ready to achieve a sub 1 hour 10K. Patricia? I was almost afraid she wouldn’t make it on time as she still hadn’t arrived when Sam and I were heading towards the start. With a stroke of luck, we walked too far and had to come back around to the gate and there was Patricia running towards me! We were complete!

It was a good day for running. And as much as I was tired and having trouble breathing, it was a very fine run. In the end Samantha killed it at 58:25. I came in at 1:02:29. Poor Patricia, who was completely overheated, came in at 1:06:14. In fact, I was waiting for her to come in and when she did I thought the poor thing was going to pass out. Thankfully, she was ok after a bit and we were able to go and have a couple of beers at the pub. Stephane and his wife were there as well – they are the parents of Lotte, the little girl I started my fundraising page for, for the National Epilepsy funds. 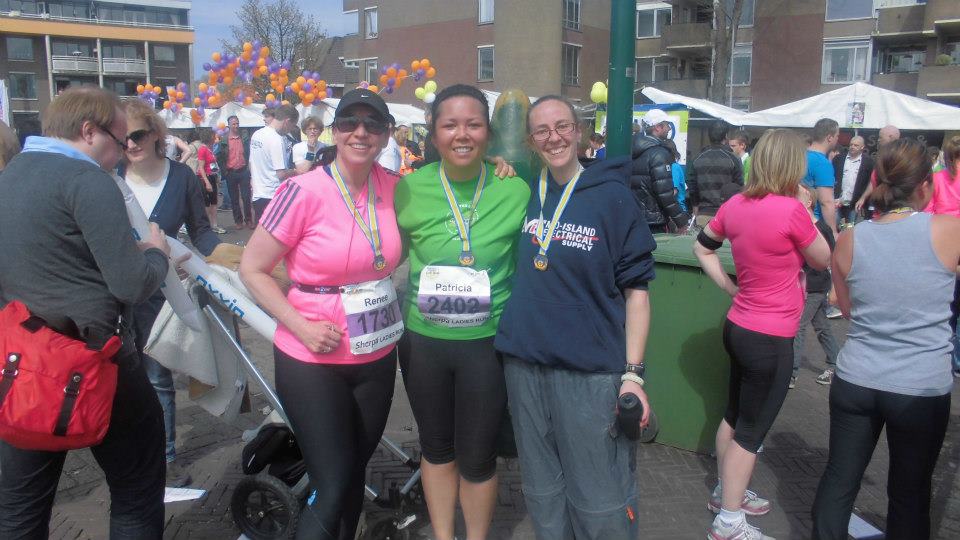 Interesting – last year I was sort of in the back third of the pack. This year, just a couple of minutes faster, I’m almost in the middle: 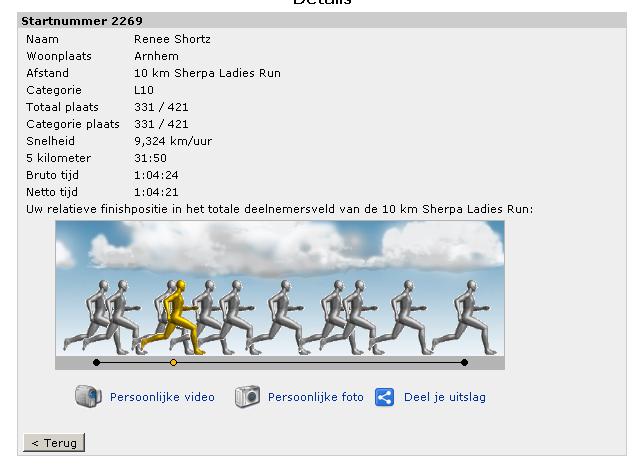 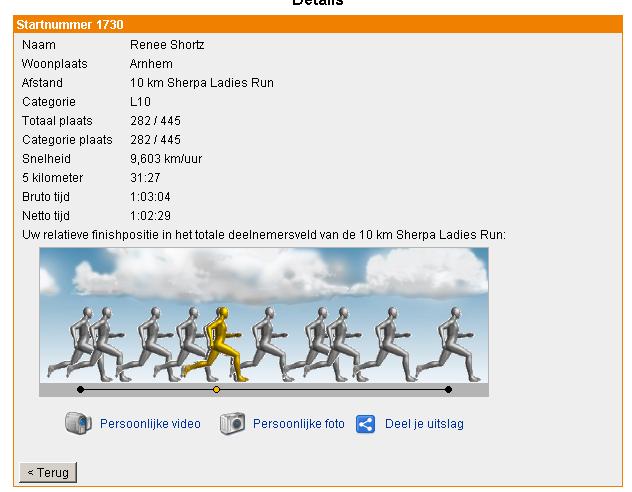 Since then I’ve been a bit of a wreck. I have no schedule. No real heavy plans. Work’s been super busy. I’m still tired and not feeling 100%. I have become lax at my diet and exercise plan. Not that I’ve gone and thrown all hard work in the toilet, no, just *not* feeling it. I have gone to the gym a few times and run a few times, mostly on auto pilot. Figure it’s better than nothing at all.

I have a 10K next Sunday and a 5K the Sunday after that. I also want to get my training plan in order again. I did sign up for the Rock ‘n Roll Half Marathon in Lisbon in October, but I’m not going to wait until August to start!

Last but not least, I *am* going to Fitbloggin! I wasn’t going to go, cancelled my live-blogger application, my roommates, everything… but I couldn’t stop thinking about it. I started looking at flights again. Hubs said “just do it”. My friend Jill-ann swooped in a bought me a round trip ticket to San Francisco with her air miles so all I had to do was arrange SFO – PDX! Unbelievable. The universe works in mysterious ways.

I think I’m caught up now. Back to regular life and regular blogging again, I promise!