Sunday Run: aka My Husband is Awesome

I’ve been fairly down lately.

Ron’s been running a lot and really looking into technique, fueling for running, cross-training and the like. He’s very dedicated and it makes me almost a little jealous to see his fire about it when mine’s kind of on low.

He started running because of me back in 2009. He knew I wanted to lose weight and get fit and he knew that running was something I always wanted to try. So there we were at some ungodly hour of the morning in the park, running around practically in the dark. week after week, doing the Couch25K program together. Since then he’s had phases of his own running (and his own injuries) but he’s always supported me in mine, taking me to races across the country, running with me in other cities/countries, and cheering me on.

So today we went for a run together. Well, he’s still faster than me but he always loops back if he gets to far ahead so we can stay together. He’s been running alone a lot but decided he wanted us to run together again, so the last few times we have done just that.

Today was the first time in a week that I felt good about a run. I was still a bit sluggish but it was actually giving me joy rather than bringing me down further (like last Sunday’s run…). For the first time Ron brought me on a route that I had never been on before! Usually I’m the one giving suggestions on where to go. This was a nice change for me – even though I’m very familiar with the area, I have never crossed the river on the ferry, though part of the route I had been recently on the bike.

It was hot. We got a late start. By the time we got to the ferry (almost 7KM into the run) we were super sweaty. I had my camelbak with me to make sure I had enough water since I wasn’t sure of the total kilometers we were going to run. For once we got a photo of the two of us together as shortly after we arrived there was a group of four bicyclists that were also looking to cross the river. 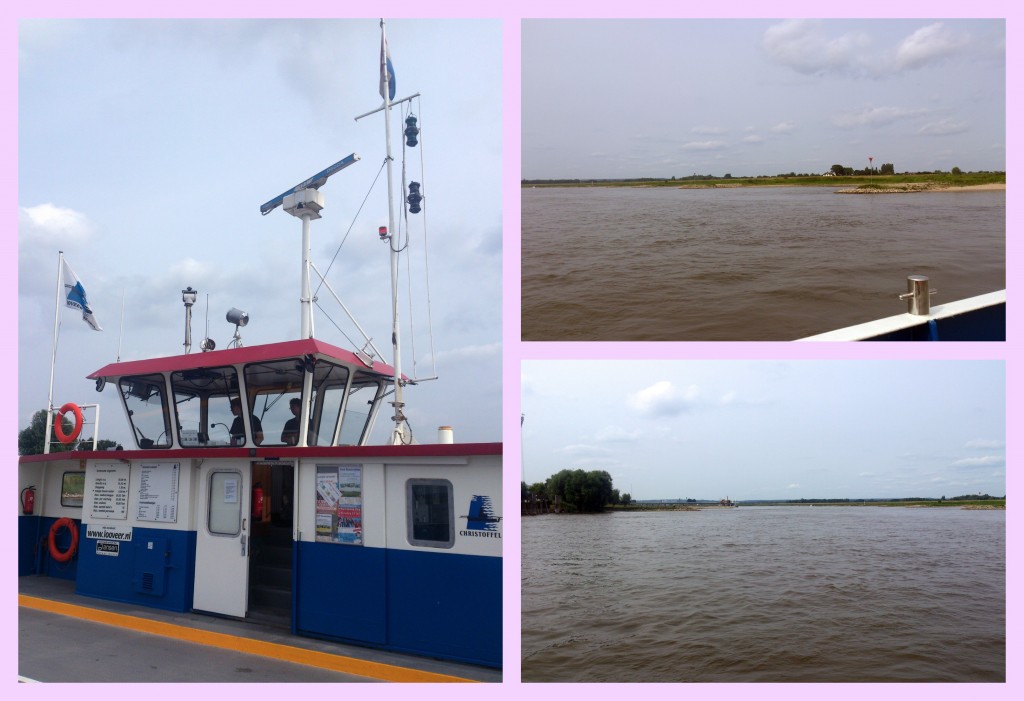 The Ferry from Westervoort to Huissen 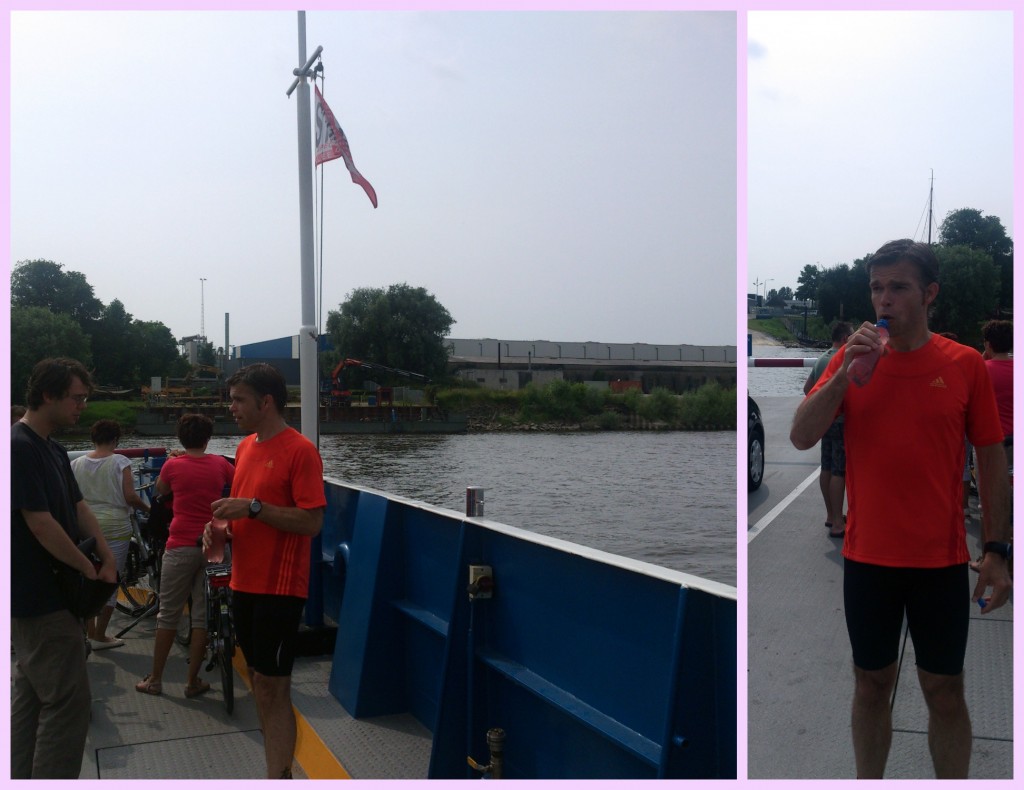 Fonzie pays the man (.50 cents) and gets in some needed refreshment

We ran again once we crossed, through Huissen and up over the Andrej Sacharov Bridge (if you remember me training for the Bridge Run in Rotterdam last year, I crossed this one many times) and finally home. 1 hour 37 minutes and 13KM. Last weekend was longer and not as many KM. This was officially a good run for me – it did my heart and head some good, all thanks to my husband, who I think is pretty darned awesome. 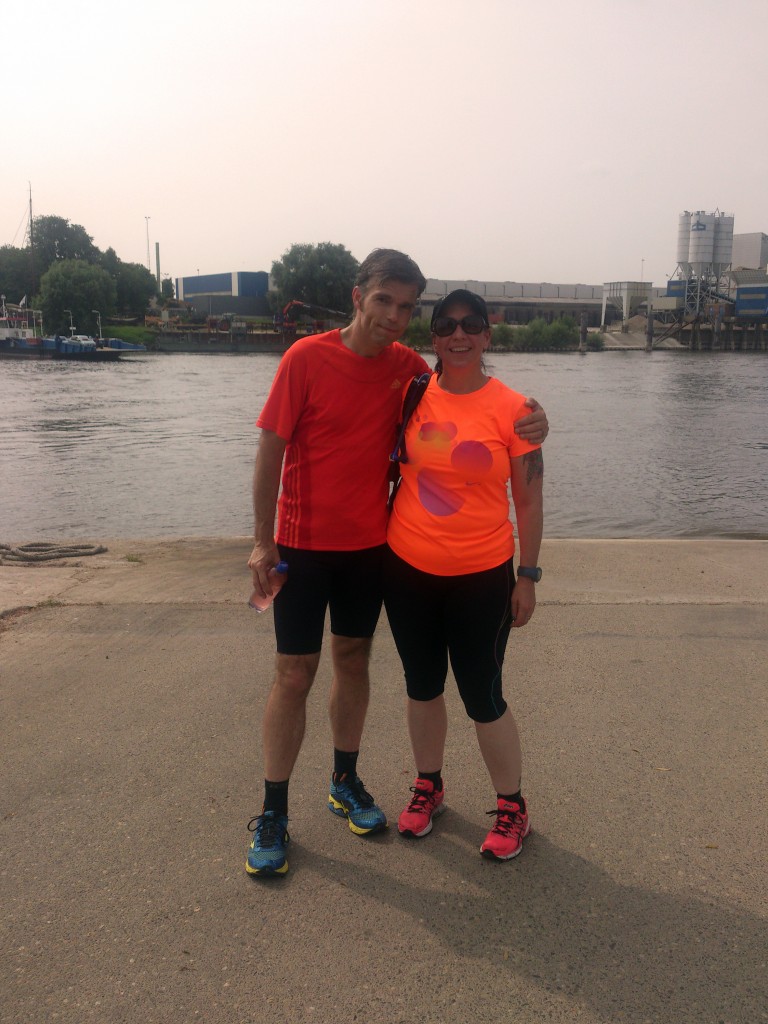 This guy rocks my world