This morning we got up at the crack before dawn to drive to Eindhoven to catch a flight. It was super smooth getting there, unlike the last time we travelled from Eindhoven (when we went to Lithuania for the Depeche Mode Concert) and we were almost high-fiving each other until we found out that I once again messed up the baggage situation and only registered one bag instead of two (side note: I miss the days when you could just bring a bag to check in when you paid for your highway-robbery plane ticket, but ok, what are you going to do?). Got the bag sorted and headed over to Starbucks for some much needed caffeine and were just about to rush over to get through security when we discovered we had a 35 minute delay. A delay is better than being late to the airport and (nearly) missing a flight I suppose. 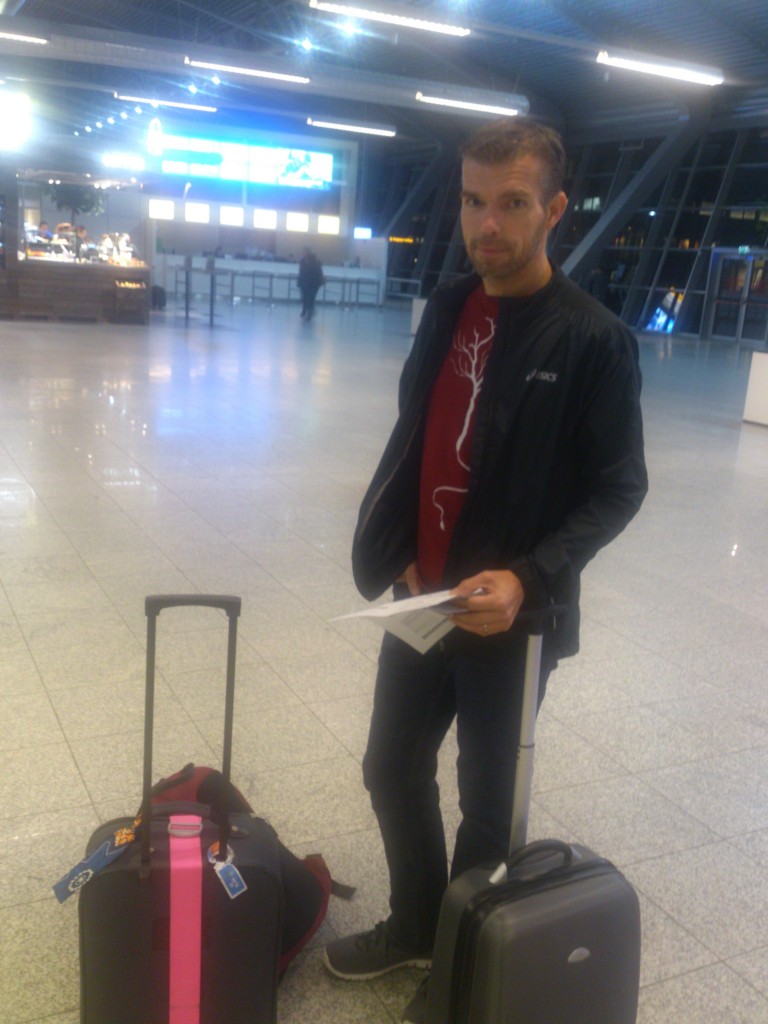 guess which bag is mine…

Everything was as expected on the flight, both of us very tired and I was having a headache (still, from the last few days) so we both tried to get a little shut eye. 3 hours later, safe on Portuguese soil! Once we collected our bags and got some money we headed off to the taxis. It seemed though that we ended up with the one angry driver who wasn’t exactly sure how to get where we needed to go (he was yelling at everyone who did something odd in traffic… if you’ve been to Portugal, you’ll know this happens often). We rented an apartment for our stay here, rather than a hotel – it just feels more authentic, you know? Eventually we arrived and our gracious host gave us some handy tips and information and we were off to the Expo.

Both of us were rather hungry and not yet sure of where/what/how we would eat something but even before we reached the metro station we saw a shopping center with a food court. All of the choices actually looked to be rather on the healthy side and we decided on a place called Hamburgerology – actually all of their hamburgers are 100% pure beef and NO BUN but instead jasmine rice! We both had the burger benedict; a burger on a bed of spinach with a poached egg on top and rice… YUM! I would have taken a photo for you, but alas, too hungry for photo ops! 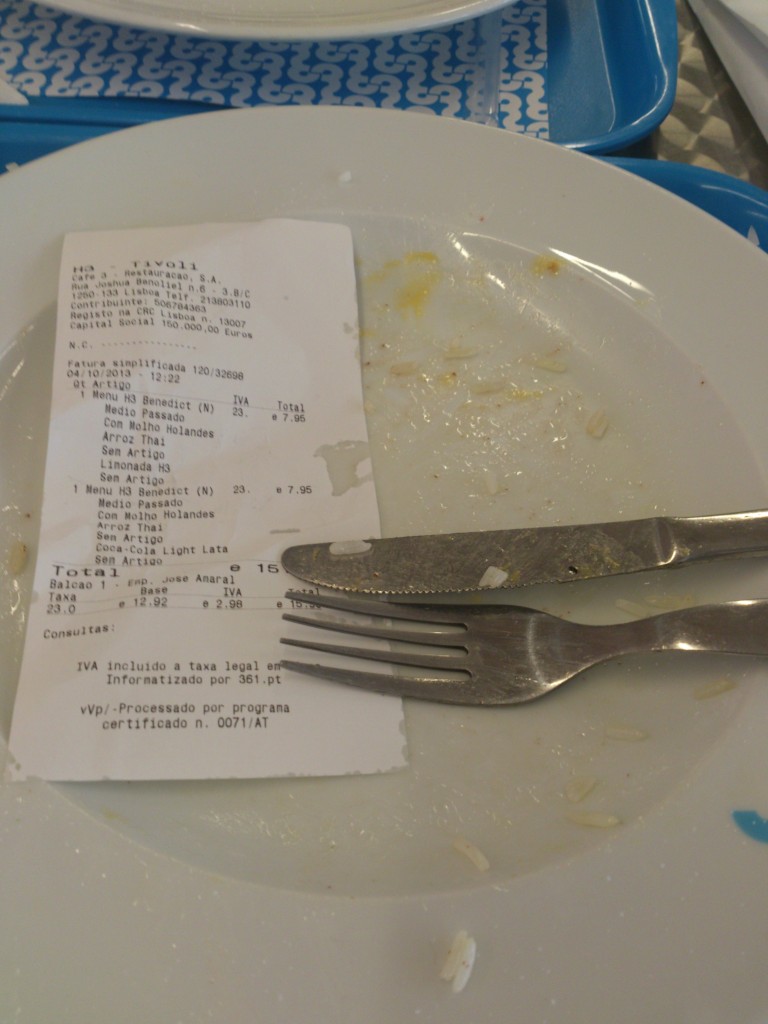 I almost licked the plate

Of course no trip through the city by metro is complete without stopping for espresso and local pastries (or chocolate in Hubs’ case) – one needs the fuel to figure out each cities transit system, no? 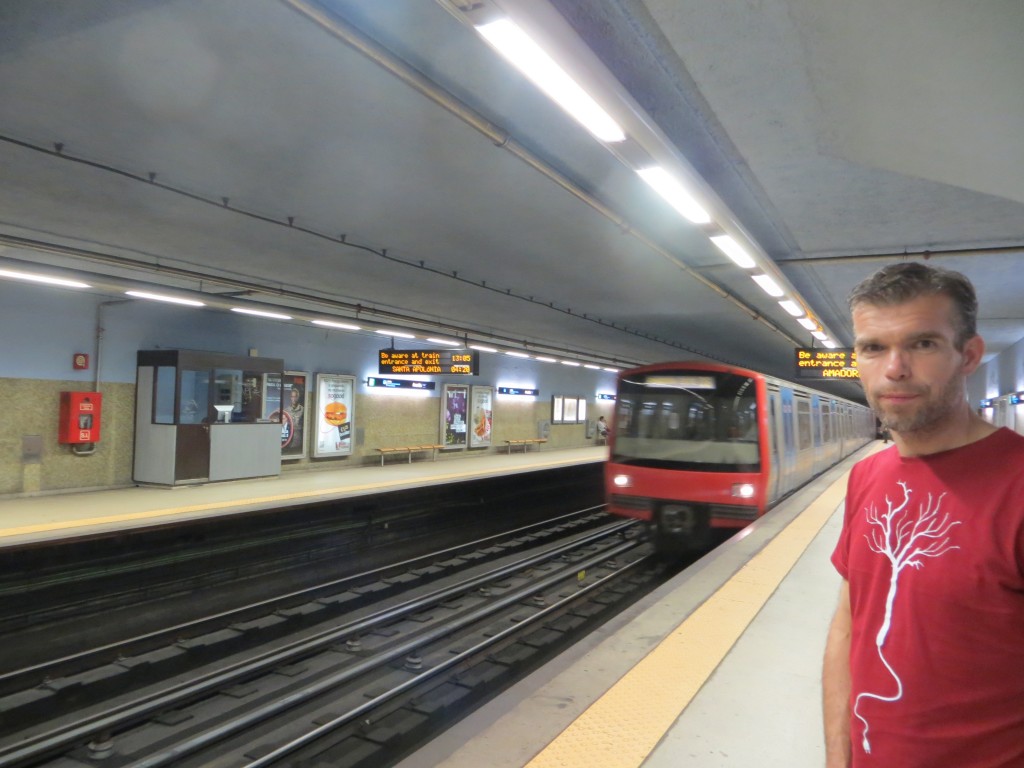 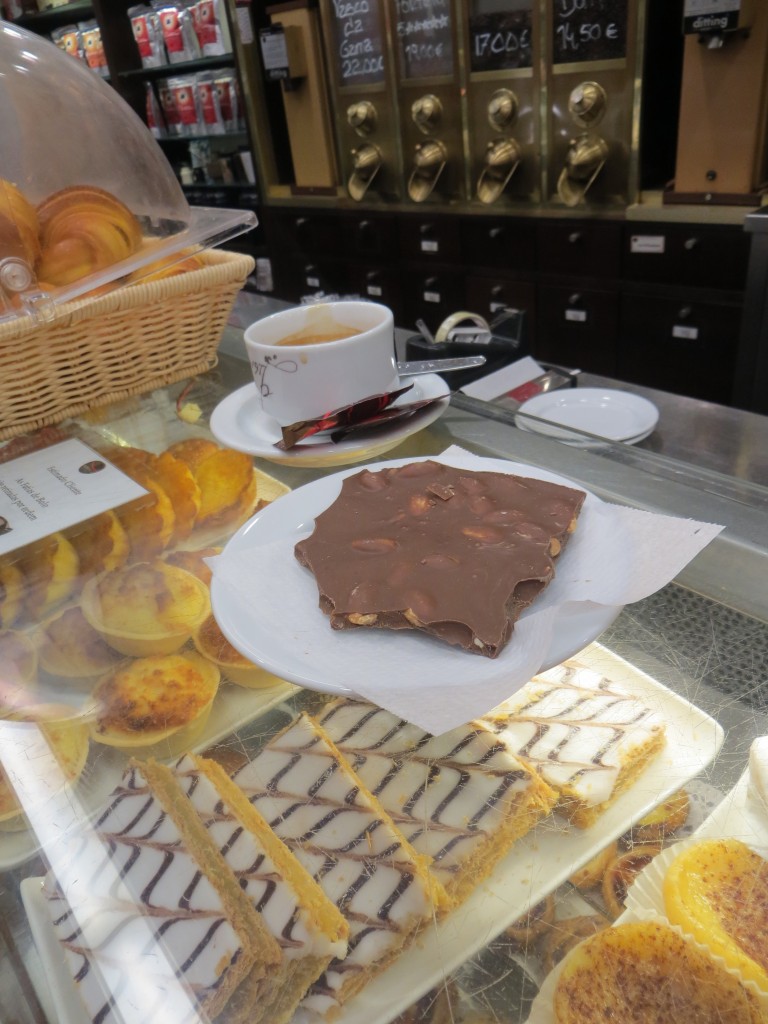 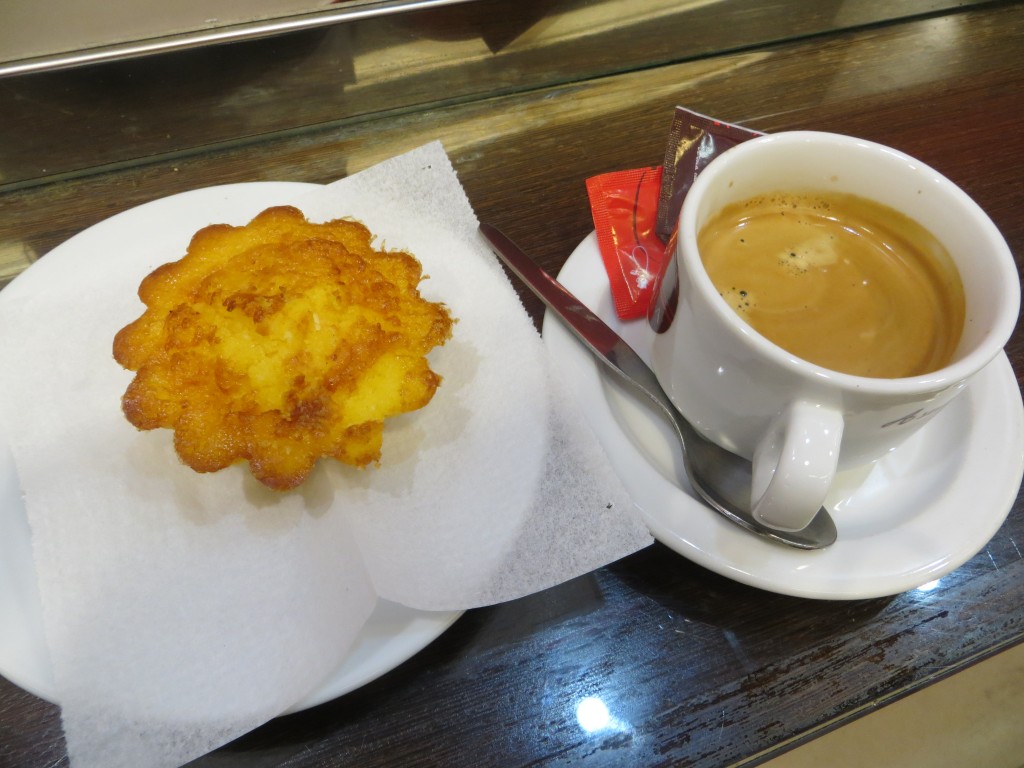 Eventually we reached our destination and I have to say… the expo was pretty small! Picking up our race packs was a fairly easy process, though I had to use the “Third time’s a charm” motto on getting the right tee shirt. Hubs bought a cool shirt from the Rock N Roll Marathon Series and we probably looked at each stand twice and finally left. There was just not much going on. Mind you I only have the Expo experience from Milan and that was absolutely huge compared to this one. 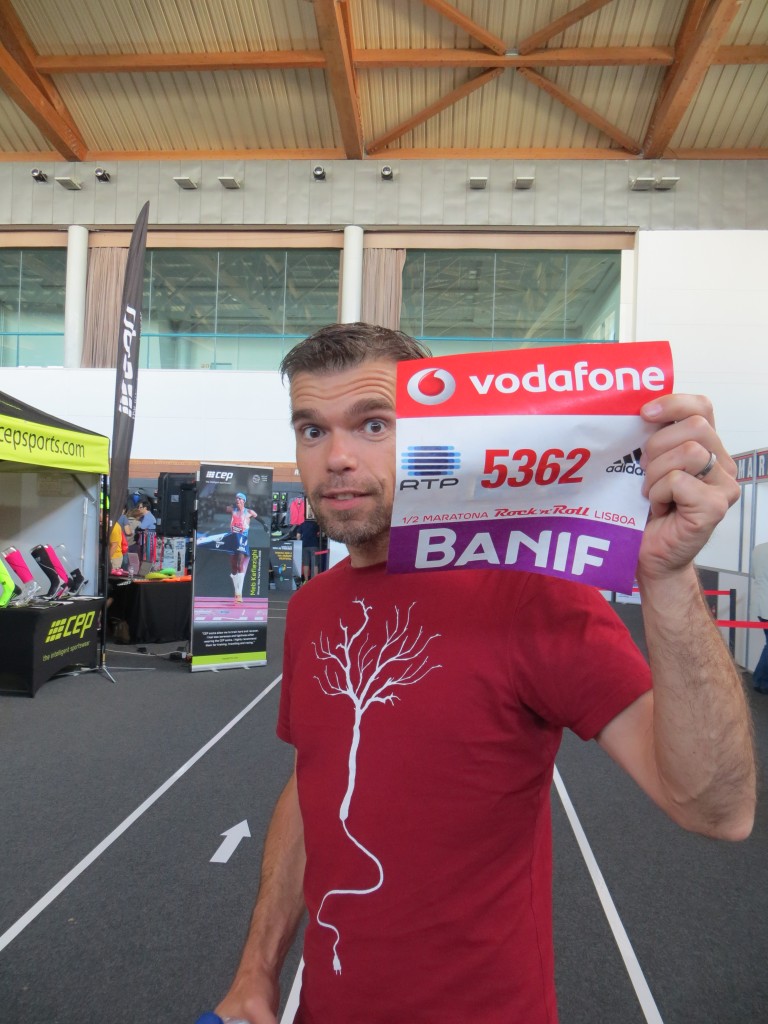 After we left the expo (and returned to get a different shirt and left again) we pretty much just hung out in the amazing perfect temperature blue sky breezy sunshine for, well, ages… eventually we walked and had a beer and walked again and had an ice cream… and I finally decided to find a Farmacia to get some more paracetamol for my head which clearly needed some help. 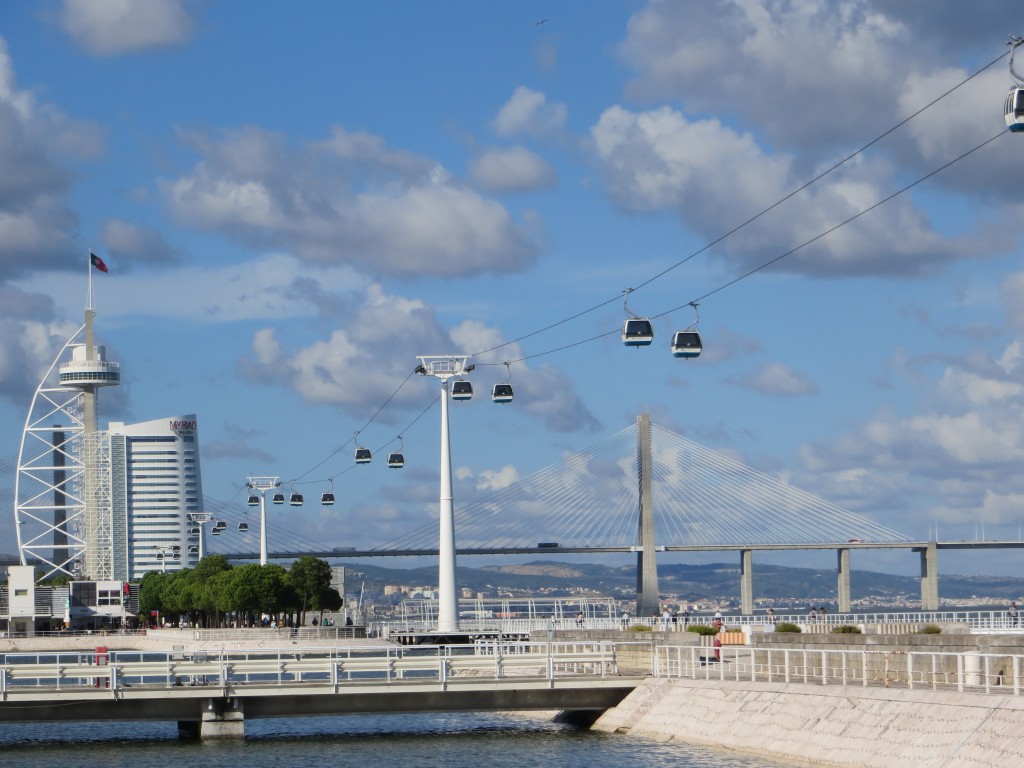 that’s the bridge where we start the race 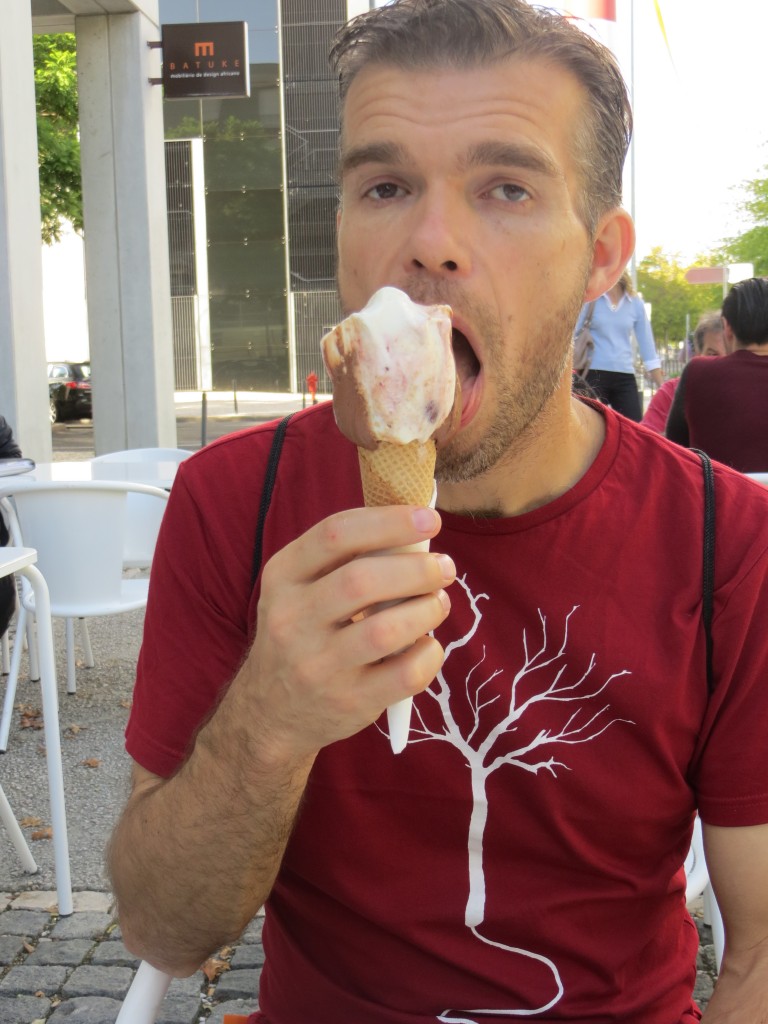 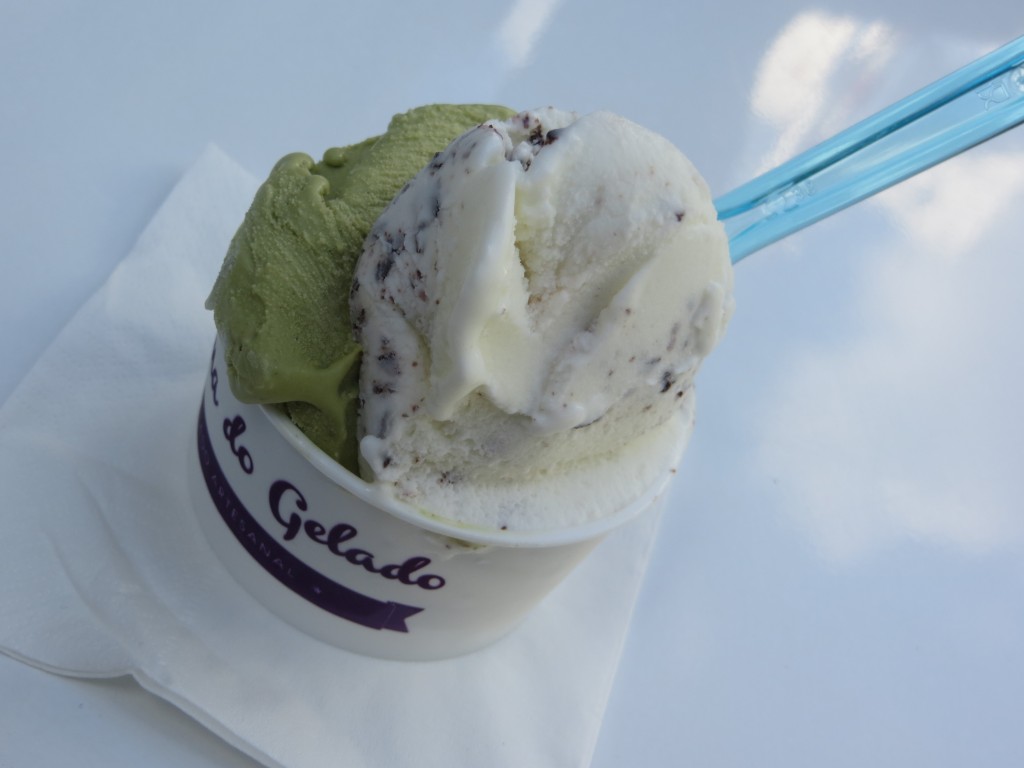 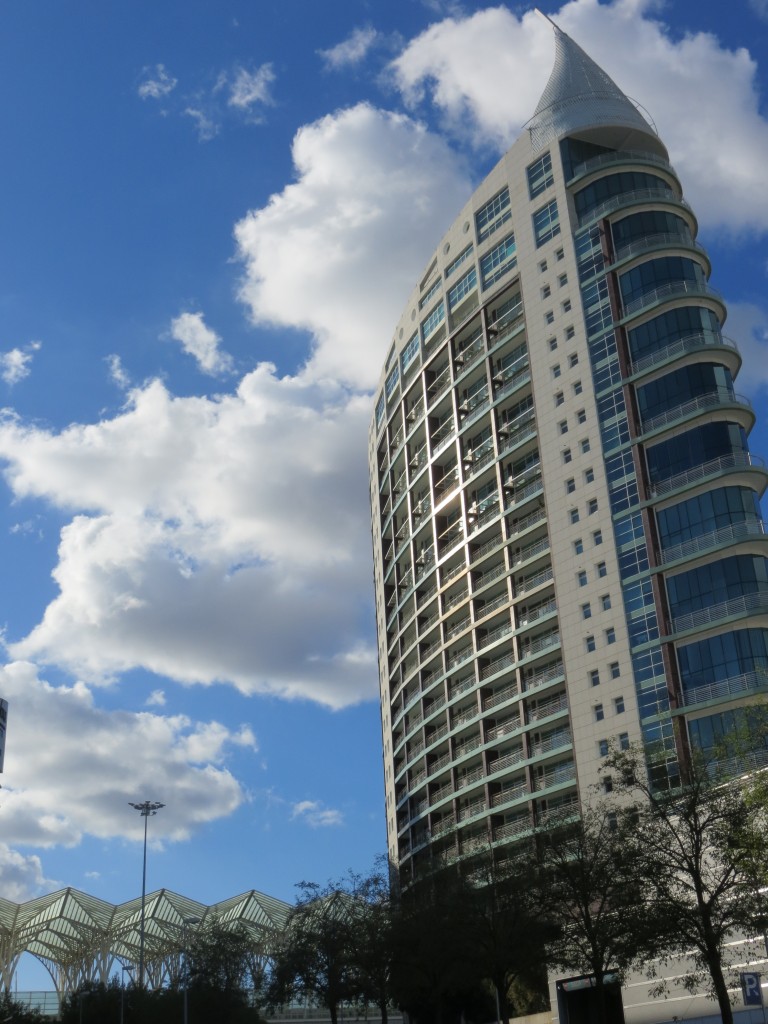 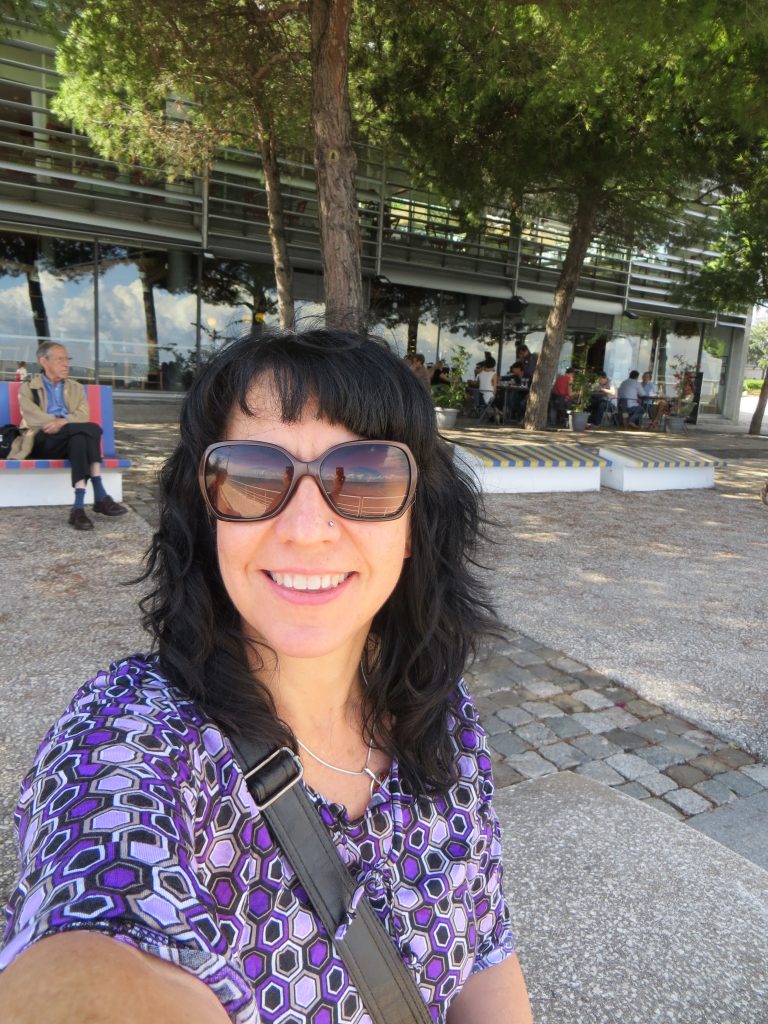 We managed to find our way back to the apartment, unpacked our bags, checked if anything happened on the interwebz, and took a tiny little nap. The life of a Rockstar, I tell you!

Have you ever done a race out of state or country? how do you prepare for the race since you are a bit out of your element? Is ice cream or beer part of your agenda?