The Clock is Ticking

Once again I have prioritized my life as such that the last few weeks I just haven’t had time to continue my updates. But the clock is ticking my friends! Here I am already in Week 8 of 16… so let me at least bring you up to speed with weeks 5 – 7.

We started the week with Boot Camp on Monday. We, as in me and the other personality I have that tries to keep me from accomplishing my goals. I’m enjoying boxing boot camp more than “regular” boot camp but am committed to go until marathon week (Berlin is 25 September).

Tuesday, Run 1 – Intervals. Went just behind where we live (about 1.5KM) to the dike and the business park to do intervals. It went well since Ron was there to push me/ cheer me on. Then afterwards we (as in “he”, really), ran up the hill a few times (I walked, twice; it was enough) and then did some 100 meter sprints (5 times) before heading home. Another interval success, YAY!

What goes up, has to go down: 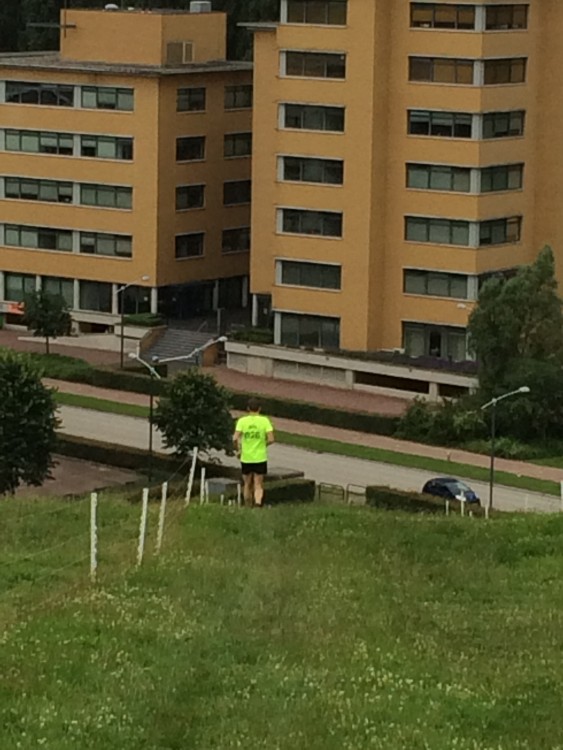 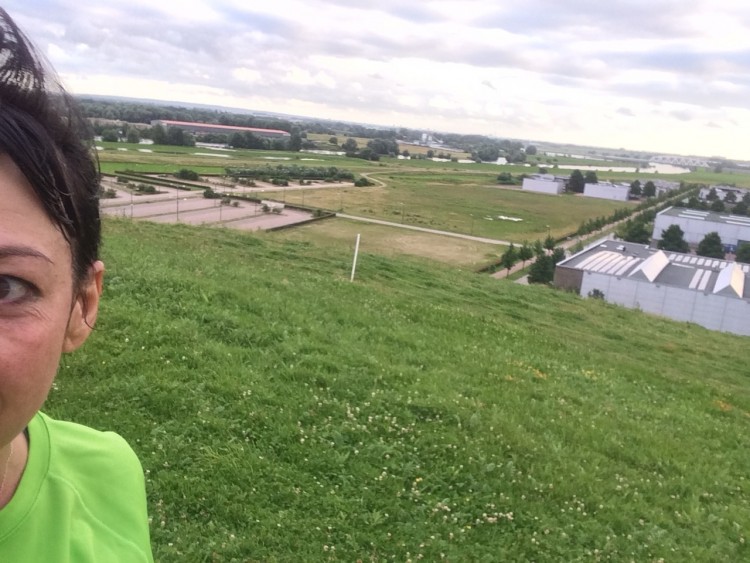 Wednesday, Run 2 – Recovery. Got up at the crack of dawn to do an easy 30 minutes. In the evening I did “regular” boot camp. 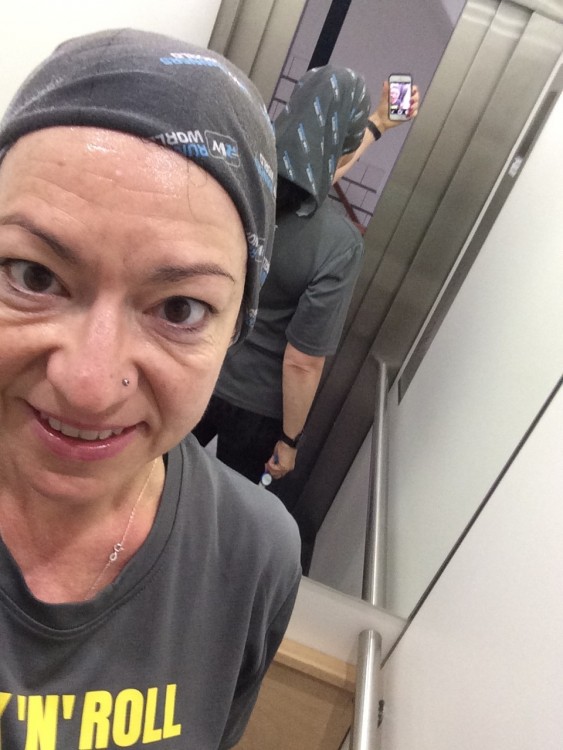 Thursday – REST DAY. HURRAH! We actually had dinner together with a colleague of Ron’s, who was here from the US.

Friday – I hit the gym. Did the bike, cross trainer and some body weight exercises. 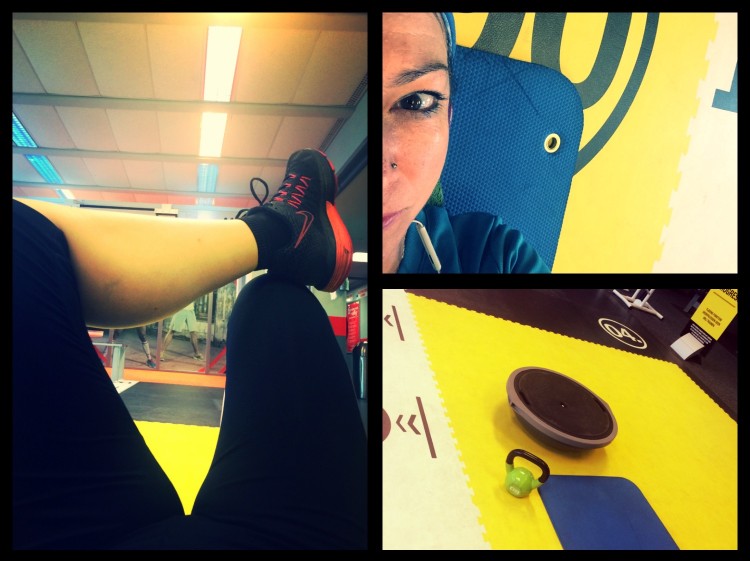 Saturday, Run 3 – Intervals at Papendal (Olympic Training Center) on the track. Another run supported by Ron and also My Trainer Vincent (previously just known as Vincent, but as an official running trainer he’s been helping me out with my marathon training schedule). Another success! YAY! 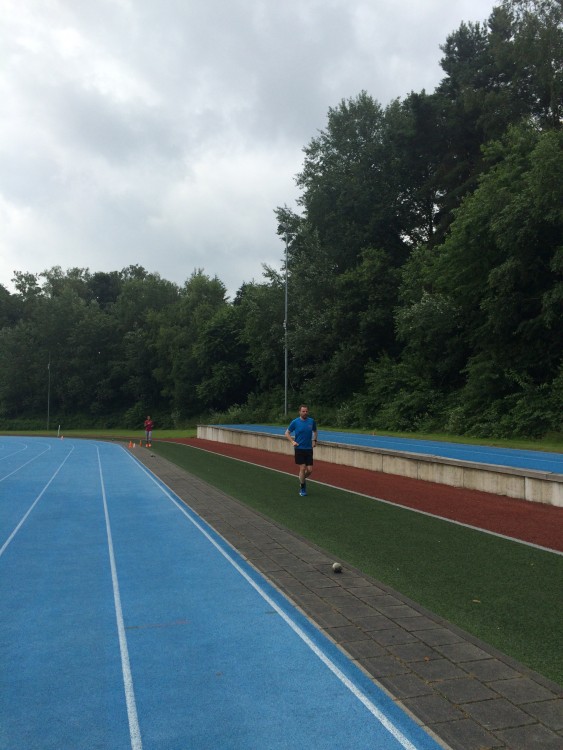 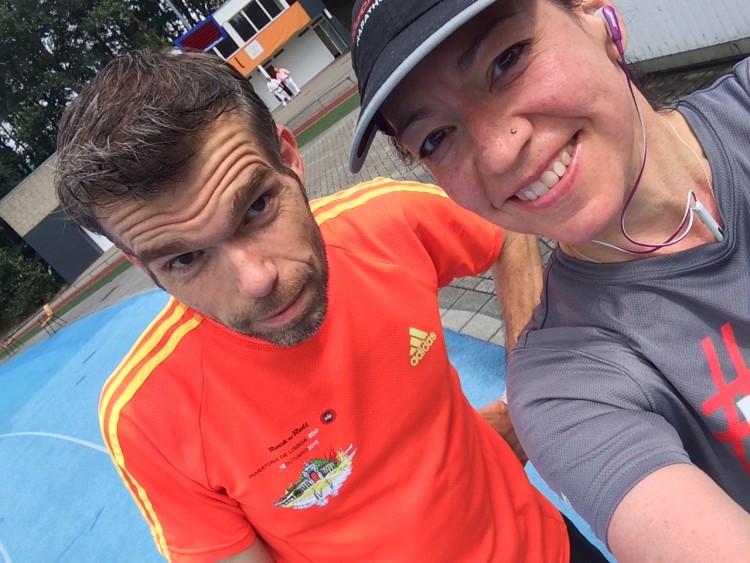 Sunday, “run” 4 – long run. RUBBISH again. Too hot, too humid, no faith in myself. Bah. Did 7.5KM and then spent 4 KM walking/jogging home. Later on went on the bike with Ron to keep him company on his run. 27KM. 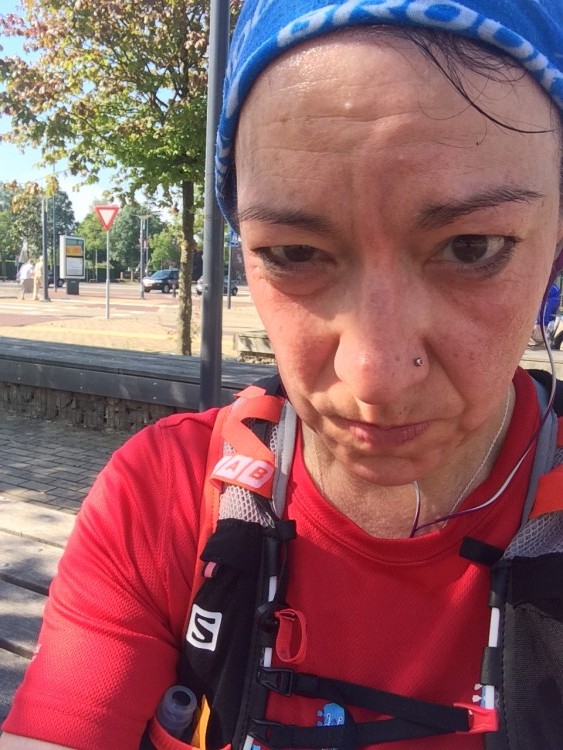 way too hot. way too unmotivated. 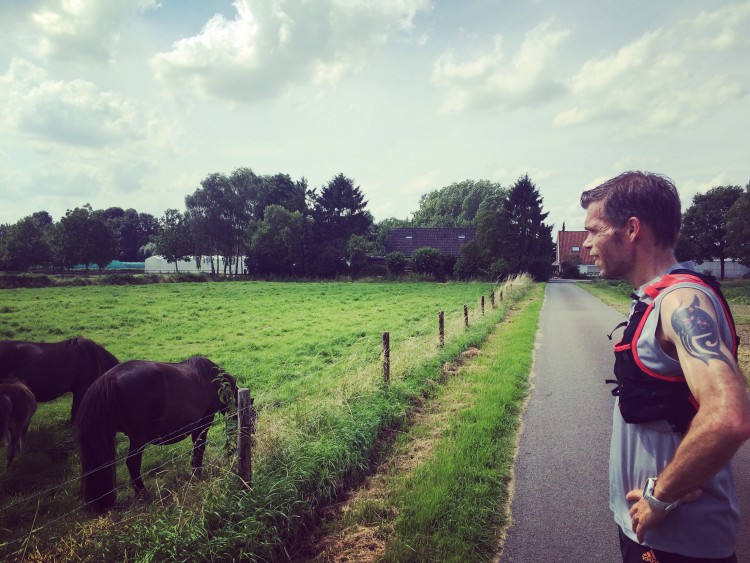 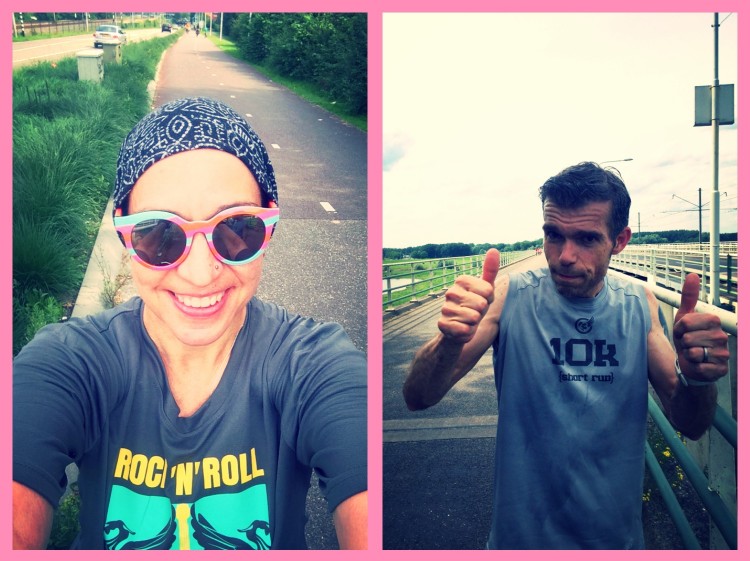 The last 7 was pretty tough for the Man. On the bike it was fairly ok. Proud of Ron, it was warm and he was definitely suffering at the end! 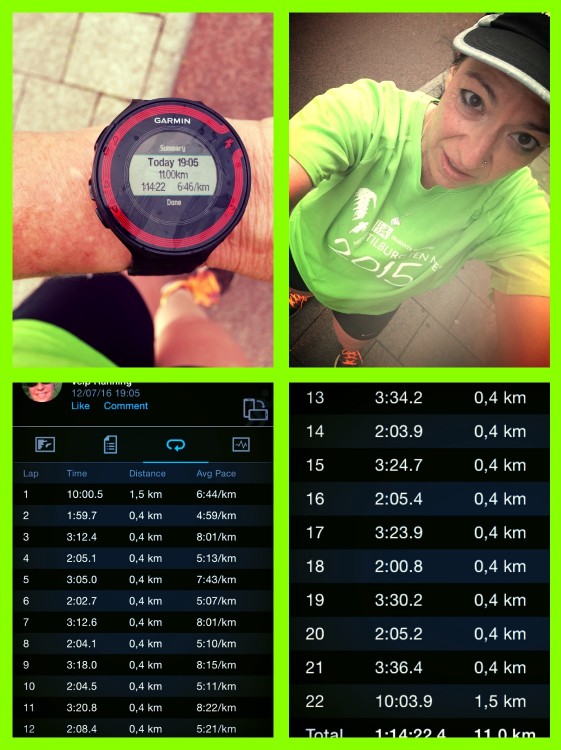 Wednesday – skipped the recovery run in the morning. Went to boot camp in the evening. 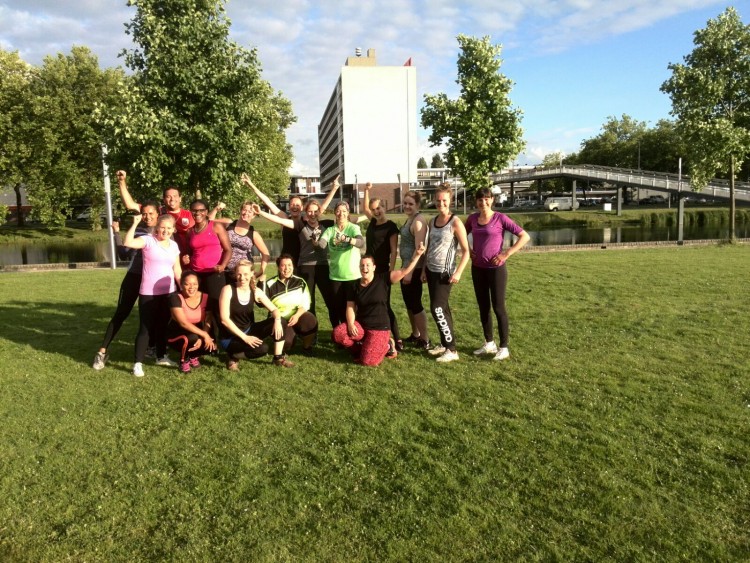 No Interval Photo but here’s this: 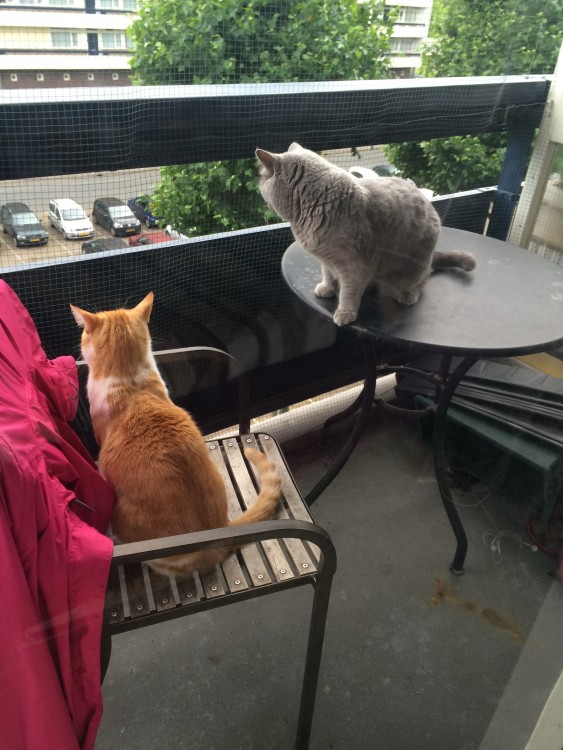 Friday – rest day. I actually took the day off. I changed my longrun day to Saturday so that I could finally run with Melanie in Limburg. Planned a sport massage appointment that fell through, found another person to do it and didn’t feel very satisfied. Was worried I would have trouble again with my long run (and I *thought* my sports massage therapist was on holiday, but she wasn’t! Grrrrrrr!)

Saturday, Run 3 – longrun! Got up EARLY and drove to Melanie’s place in Limburg! We had 23KM on the plan. Melanie and I have known each other for a few years but never met in person so we were both a little nervous! BUT, she’s SUPER nice and very supportive and I have to give her a lot of credit for making me feel like I could do it! 23 KM success! 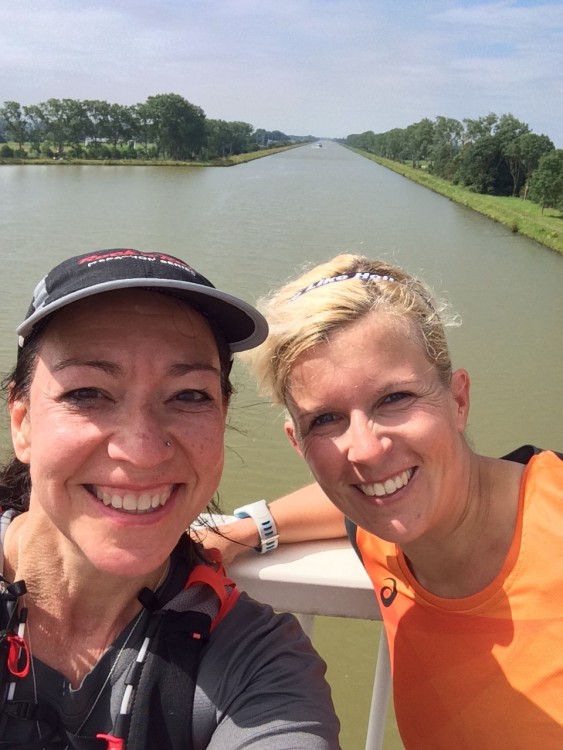 Monday – boxing boot camp. pretty hot so kind of a hard session. also made the mistake of wearing a tank instead of a normal shirt. being allergic to grass (DOH!!) this was a dumb move. been itchy ever since!

Tuesday, Run 1 – easy. Did 5km in the morning and then in the evening I cycled 20KM. Was too nice out to not get out and enjoy it (you never know how the summer will turn out here so you have to take advantage). 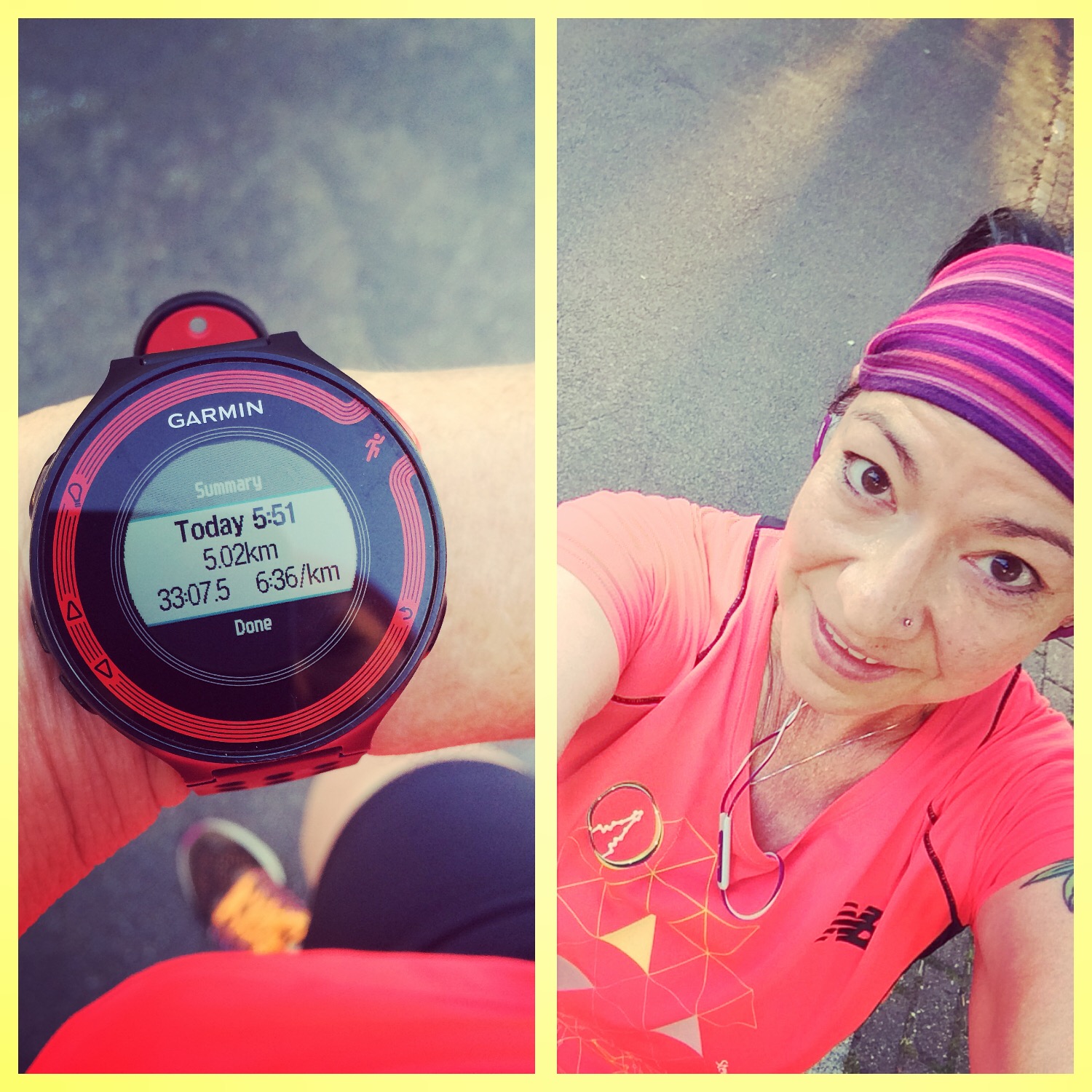 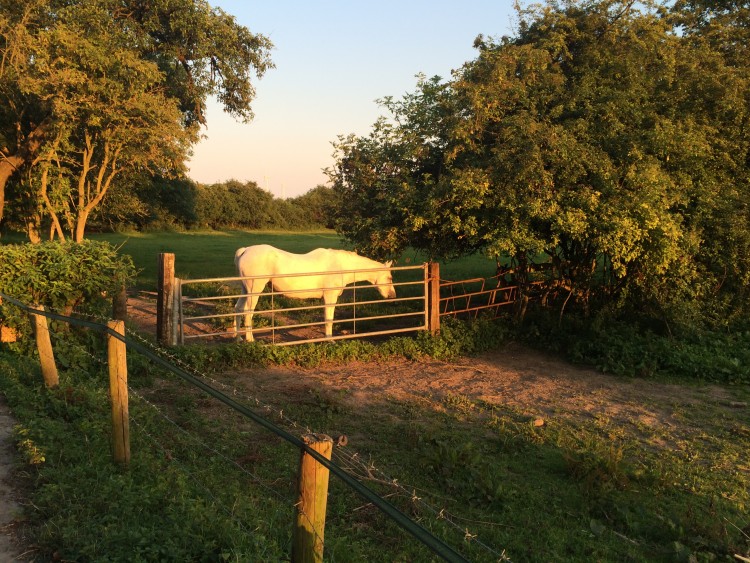 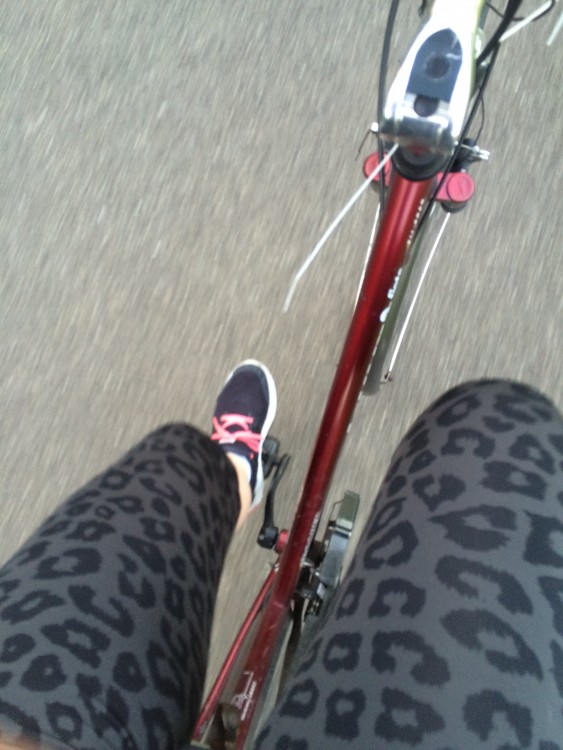 Wednesday, Run 2 intervals (skipped bootcamp). Was meant to do 6 x 1000 m with rest in between. Managed 4 times. Though it was early in the AM it Was warm and humid and I did not have energy. Not sleeping well actually and my knee is not feeling great so I went to massage (because my legs and back were also jacked up) and afterwards got taped. 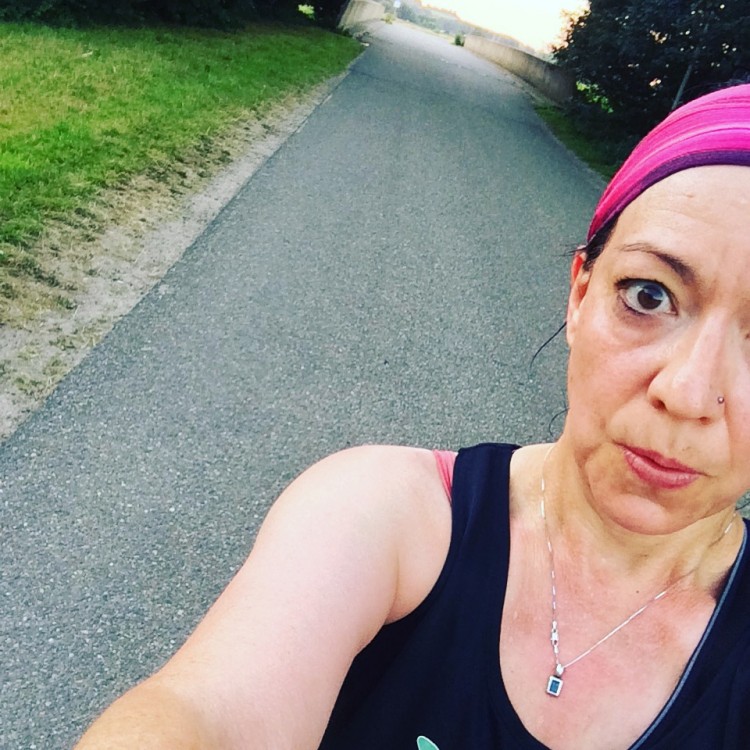 Thursday – easy run on the books, skipped it. did not want to take the risk. I’ve had this knee issue before and am not interested in a 5 – 6 month break with running because my knee isn’t in good shape.

Friday, Run 3 intervals. Let’s just say it was NOT a good week. Lots of stuff going on at home and work, not sleeping well and not feeling great mentally or physically. I tried to run my intervals but there was nothing in the tank.

Saturday – took a rest day (well, it was also on the schedule), went to Amsterdam to meet up with girlfriends I hadn’t seen for a while (except Yvonne who I did see recently so… bonus!). Loved it! 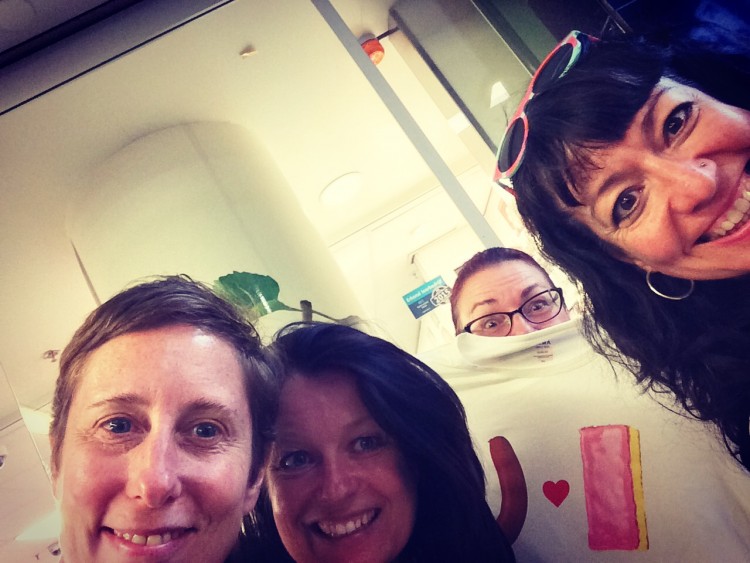 Sunday – knee still hurting a bit, decided to cycle instead. Did 30KM. Then went home, got showered, dressed and biked to the train station to go back to Amsterdam again to meet up with another group of friends (my friend Gary who lives in Phoenix, his partner James and my friend Scott). Little did I know we’d be renting bikes from Central Station and biking around to a few places (oh my sore butt!!). GREAT fun though. G&T’s were consumed, laughs were had and tacos were eaten. 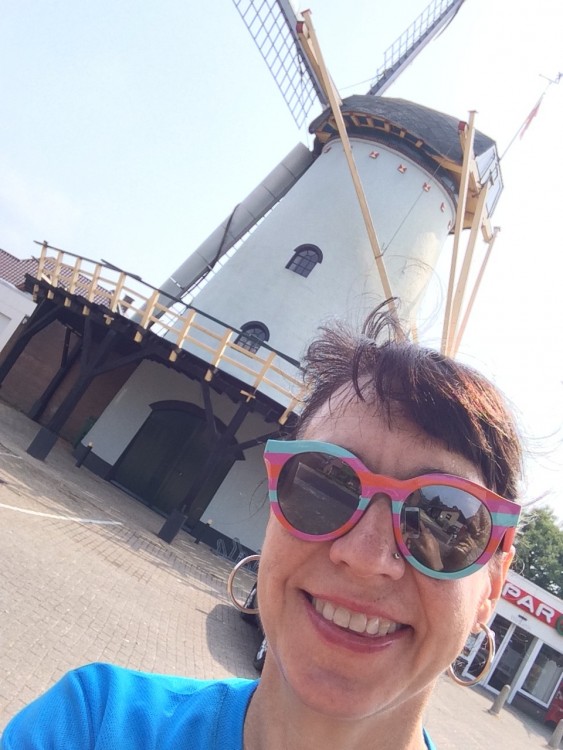 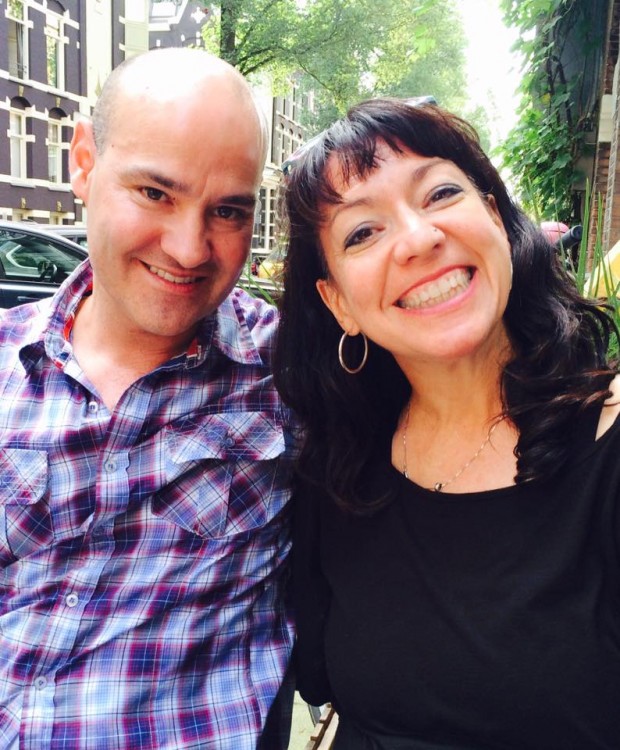 Not the best week ever. In fact, a pretty shit week. But there were some good moments, so for that I am grateful.

On the weightloss front – there is none, so nothing to report. Though I need to lose a couple of kilos I honestly think I should just give up this idea until I’m not (over)training for a marathon.

Are you training for anything? How is your training going? Do you find it harder during the summer?