This week I’m happy to shine the spotlight on a male runner, and this one happens to be the boyfriend of one of my Fitbloggin friends, Monica! Shane started running for a lot of the same reasons that many of us do – to get fit and to lose weight. He’s accomplished a lot in a short time!

I give you Shane, ladies and gentlemen!

When did you start running? What was your goal at that time?
I bought myself a pair of running shoes around Christmas of 2011, and began running in February of 2012. I guess it took me a couple of months to convince myself that it was a good idea! My initial goal was to lose weight so I could be active with my kids.

Did you reach your initial goal?
Yes. Over the next year and a half, I ended up losing 103 pounds. I’ve kept most of it off, but I need to get back to being more disciplined. 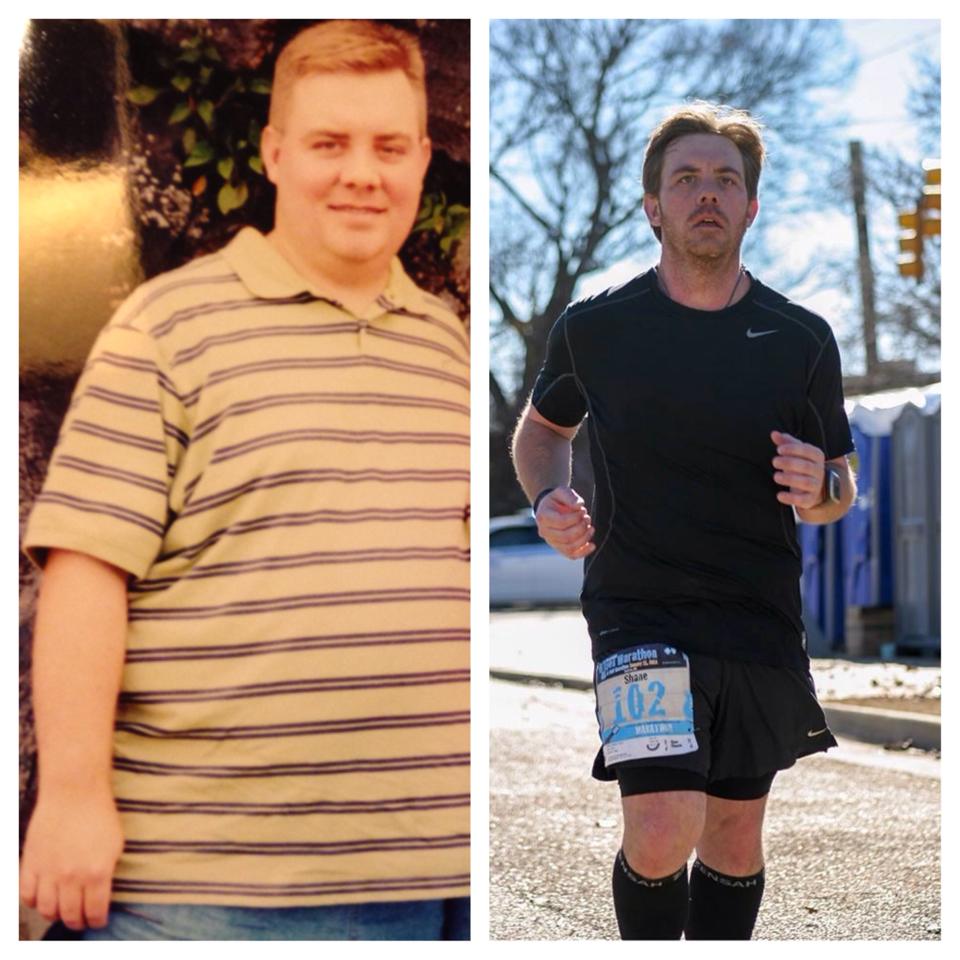 Do you have the same goal now, or have your goals changed or evolved with time?
Maintaining my weight and a certain level of fitness still remains my goal, but overall I just want to stay active – whatever activity that may be. I’ve started working with kettlebells more, so I hope to build some muscle as well.

Have you run any races? If yes, what distance was your first race? What was your experience – did it meet your expectations?
Yes. My first race was May 2012 – a 5K at the school my kids were attending. I’d only been running for less than 3 months, so I wasn’t sure what to expect. I just wanted to give a good effort and finish more than anything. My time was just over 36 minutes, and I was happy with that.

Have you done other races since then?
I’ve done several 5K races and half-marathons since then. I’ve only done one marathon, but will be doing my second in October of this year – The Marine Corps Marathon.

What is your favourite distance?
My favorite distance is the half marathon. Not too long, not too short – just right!

Do you have a running support network?
I have several online running buddies I can turn to for advice and support. If I really need to bend and ear, I know I can always talk to my girlfriend, Monica.

What about gear – have you got any gadgets that you love?
I have a Garmin 620 that I really like and a Fitletic belt I use to carry my phone and gels for a long run. That’s pretty much it, really. As far as shoes go, I love Altras, and I’m also currently running in OnRuning Cloudsurfers.

What else do you do besides running?
Mostly walk, but I’ve been working with kettlebells too. I’m sure there’s more I could or should be doing, but I haven’t gotten that far yet. I have to be the laziest runner I know. HAHA!

What’s the most positive thing that running has brought into your life?
Hands down – the people – especially my darling, Monica. Running brought us together, and my life hasn’t been the same since. In a good way, of course. (Hi, darling! If you’re reading this…) 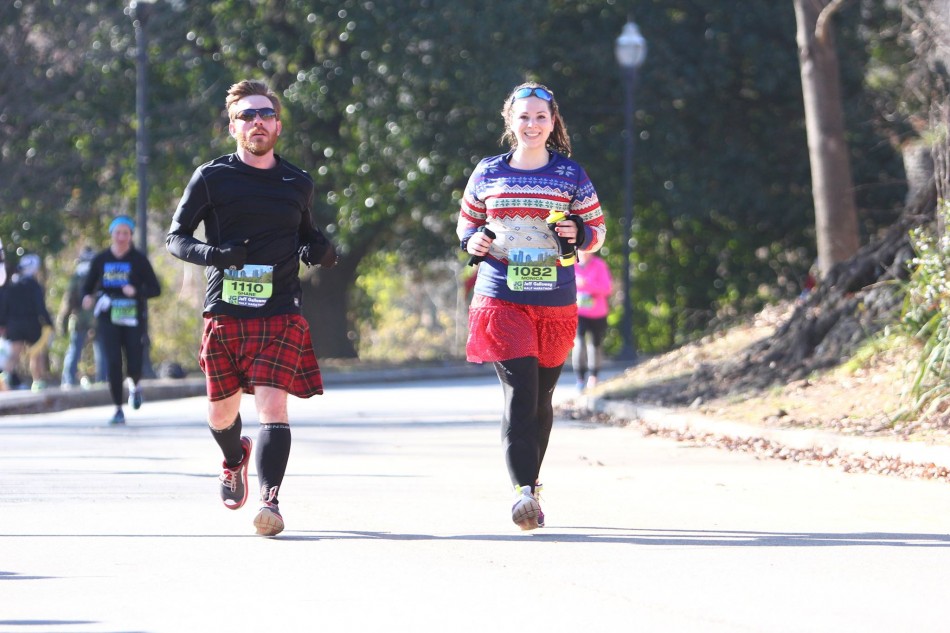 What, if anything do you find frustrating?
Consistency has been a struggle for me, so it’s a source of frustration. I get lazy, unmotivated, or whatever you want to call it. It’s hard to get out of that mental funk sometimes.

Have you been injured at any point? If no, what do you do to avoid injury?
I haven’t been injured to the point of having to take time off from running (knocks on wood). I’ve had issues that have cropped up on occasion that cause me to skip a day or so, but not anything serious. I’ve been fortunate in that aspect.

If you have been injured, what did you go through to recover?
The closest thing I’ve had to a running related injury involved my ankle, which occurred a few years before I began running. I almost tore some tendons in my ankle while trying to get away from a horsefly. Seriously. I spent about 4-6 weeks in physical therapy. Pathetic, right?

Haha! Sorry to laugh, Shane, but that sounds like something that would happen to me!

How do you stay motivated when you don’t feel like running?
For me, that’s where social media helps. Reading posts and seeing running/race pics help keep the fire burning, even when I’m not really feeling it.

What advice would you give to someone who wants to start running, but is maybe too unsure to start for reasons of weight, age, lack of athleticism?
Don’t be discouraged, especially at the beginning. Walk when you need to, and it’s ok if you don’t run fast. There is no competition, except for the person in the mirror – don’t compare yourself to others. Most importantly, just move. 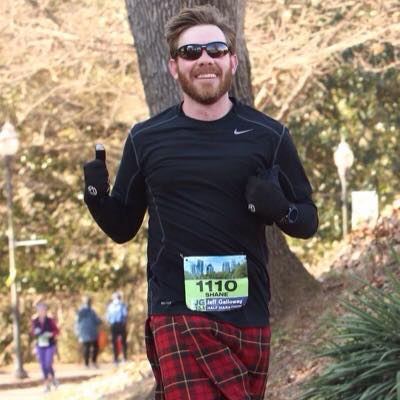 Anything you want to add?
Beer and donuts. I want to add that to everything.

Feel free to ask Shane a question or leave a comment – or get in touch with him via his social media!