The week I was going to change my attitude.

And mostly, I’d say that happened. So, SUCCESS!

However, sometimes things don’t always go to plan and you really have to look at things in retrospect and accept your situation. My situation is that I’m just not completely healed from my operation. I probably won’t be until maybe even end of the year. That means I need a new plan of attack. And we’re back at that constant theme in my life, acceptance.

I’ll expand a bit on that later. Let’s recap, shall we?

Monday – skipped bootcamp. I decided to be fully ready for the long run I was not going to take risks this week so I skipped bootcamp. Knee has been hurting a bit, not too bad, but don’t want to push further. I think Monday may have actually been the last day that I planked…3 minutes in total.

Tuesday – First intervals today. Actually went VERY well. was focusing on food too so today was a bit more carb-y than other days. Ron took a look at my schedule and advised me to do 4 x 1300 m + 200m rest in between. I felt strong! Tempo was good too and no issues with foot, leg, knee, hip, bum. 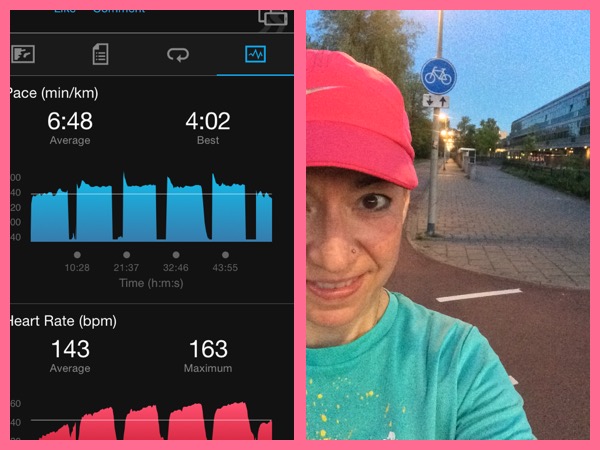 Wednesday – skipped bootcamp again! Had a run on the schedule, 45 minutes easy. Did a nice 7KM and actually much stronger than in week 11! YAY! I had manual therapy in the morning and he messed with my foot A LOT. 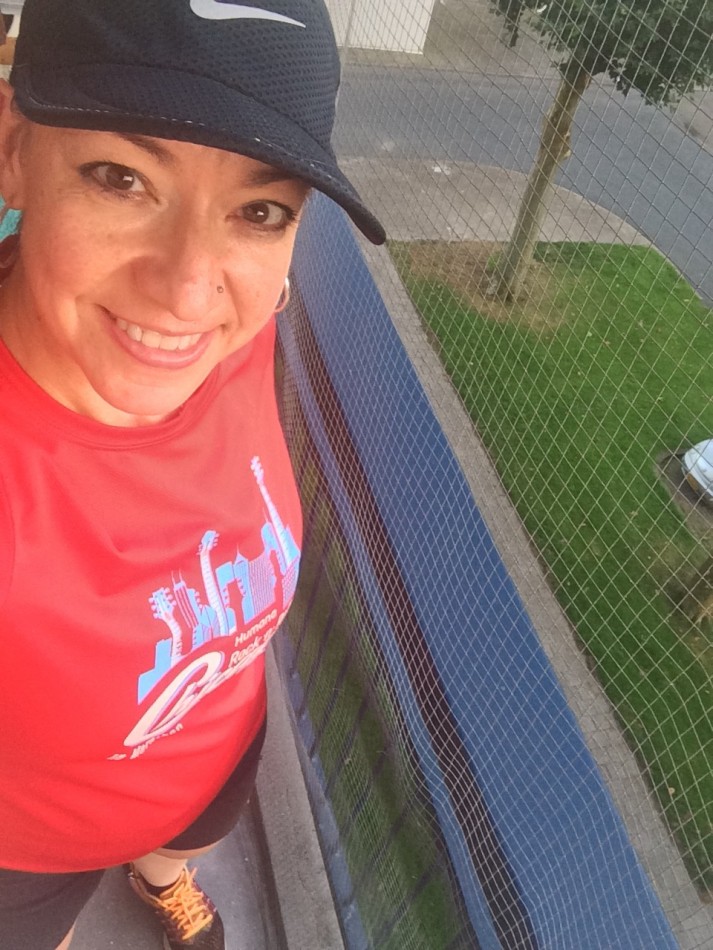 Thursday – rest day. Didn’t *really* rest though; Ron had a 15KM run on his schedule so I biked with him. The weather has been awesome, it would have been silly to NOT go out and enjoy. When I’m biking while he’s running I’m not going very fast. Usually If I’m alone I can bike from around 18 – 20 kph, Ron is running around 15kph (sometimes a little bit less). Afterwards we stopped for a beer at Cafe Metropole. 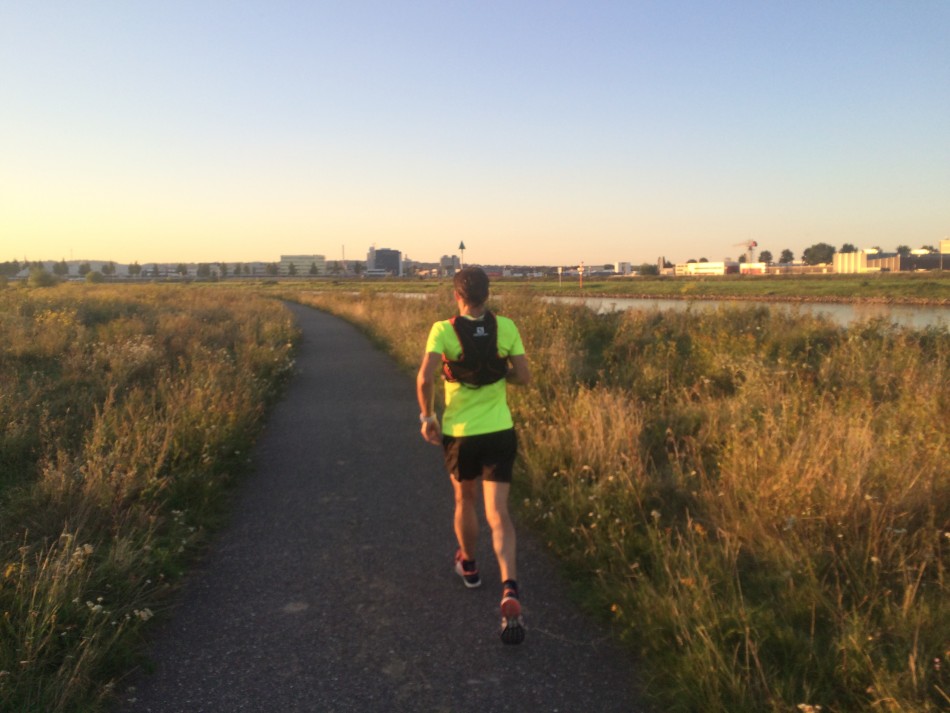 Friday – Intervals again! Another successful session. This time it was 5 x 400 + 100m rest. Afterwards I went home, quickly ate and showered and went to have a massage. My massage therapist is actually on holiday and it was pretty tough finding a replacement. Luckily this lady did a great job and I felt like there was actually some sort of positive affect. 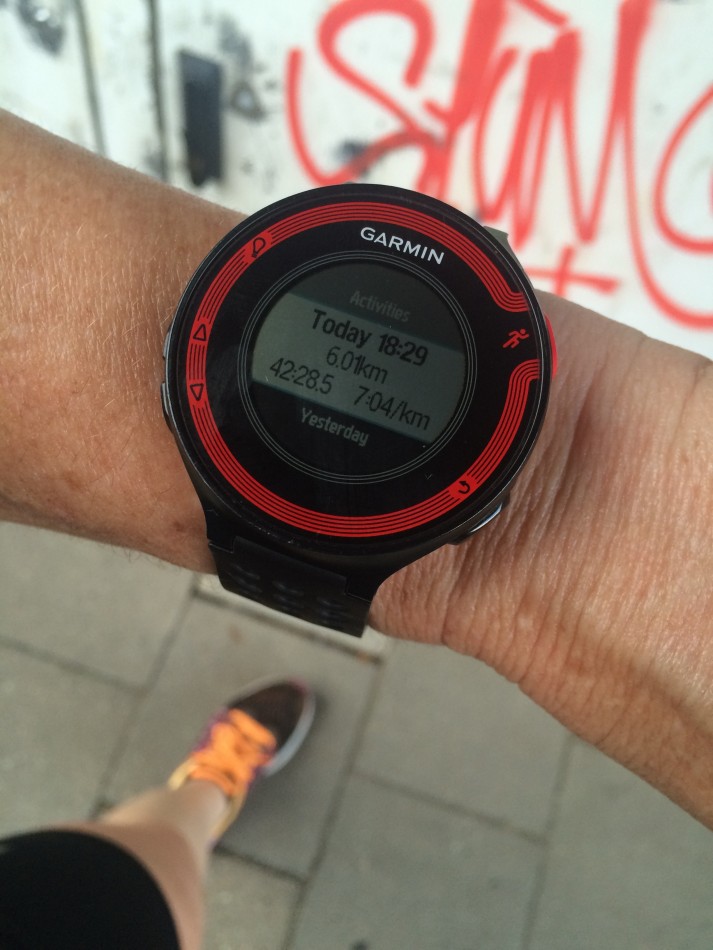 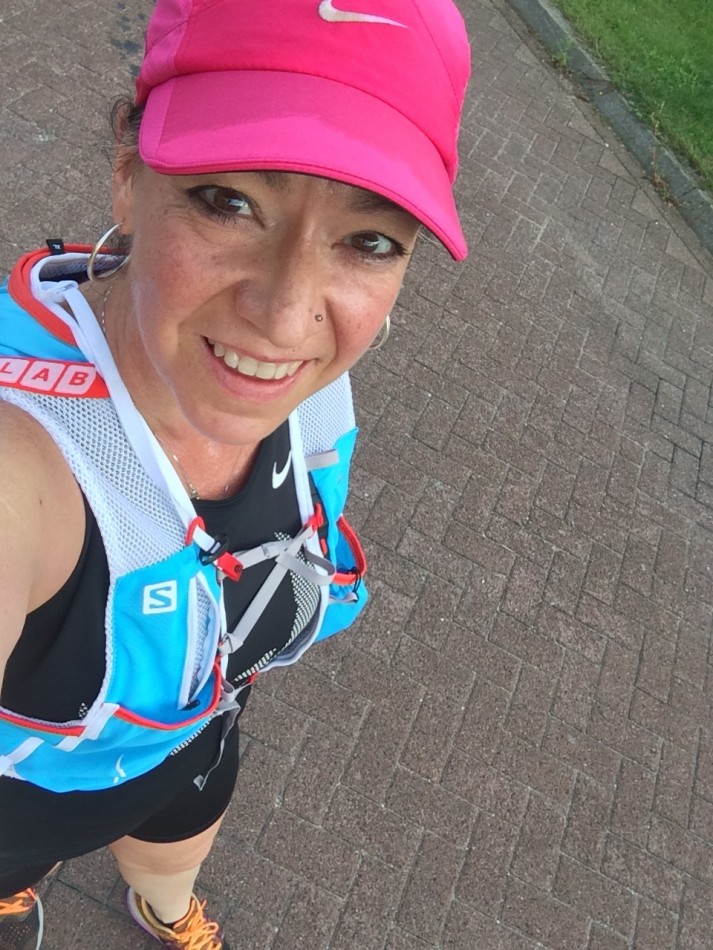 I actually slept until 10am. No alarm clock. No reason to get out of bed immediately. I stayed until 11am. I ate breakfast, drank coffee and did nothing for quite a while. It was great. Until about 2pm when our entire apartment complex lost electricity. And then I did even more of nothing! haha! Around 5pm I finally went out to do an easy 5KM. I didn’t want to wreck my massage so I did a bit of a walk/run to keep it really easy. The run was fine. The rest of the day was kind of crap. I mean could be worse, right? But yeah, no shower and the fridge we needed to keep closed so that food wouldn’t spoil. No TV (end of the world, right? we hardly watch it anyway) and we had to keep our electronics shut down since we didn’t really know when the electricity would come back on! The first time (that’s right, the first time!) the power went out we waited 7 hours for it to come back on. THEN… after only one hour, it went out AGAIN. From 10pm until 3am!! Around 10:30pm I just went to bed but it was tough to sleep because it was so hot (no fans). So my rough sleep plus the lights and washer going back on at 3am certainly didn’t help! Definitely not the rest I wanted before the long run.

Sunday – 30km on the plan. The whole week I planned for this. Positive thinking. Believing I could. Up at around 7am to get fueled and finally out the door at 9:30. It was hot. My knee was bothering me quite a bit. So much so that I asked Ron to tape it for me. We went out together but of course he was a bit quicker and would loop back to make sure I was still doing all right. And I was doing all right! It was going well, but, it was really hot. And humid. By the time we made a planned stop to stretch a bit (12KM) I was already kind of toast. Around 14KM my knee started to really bother me. At 16KM I decided I was going to stop at 20, head home and jump on the bike. So that’s what I did. 20KM and 15KM on the bike. 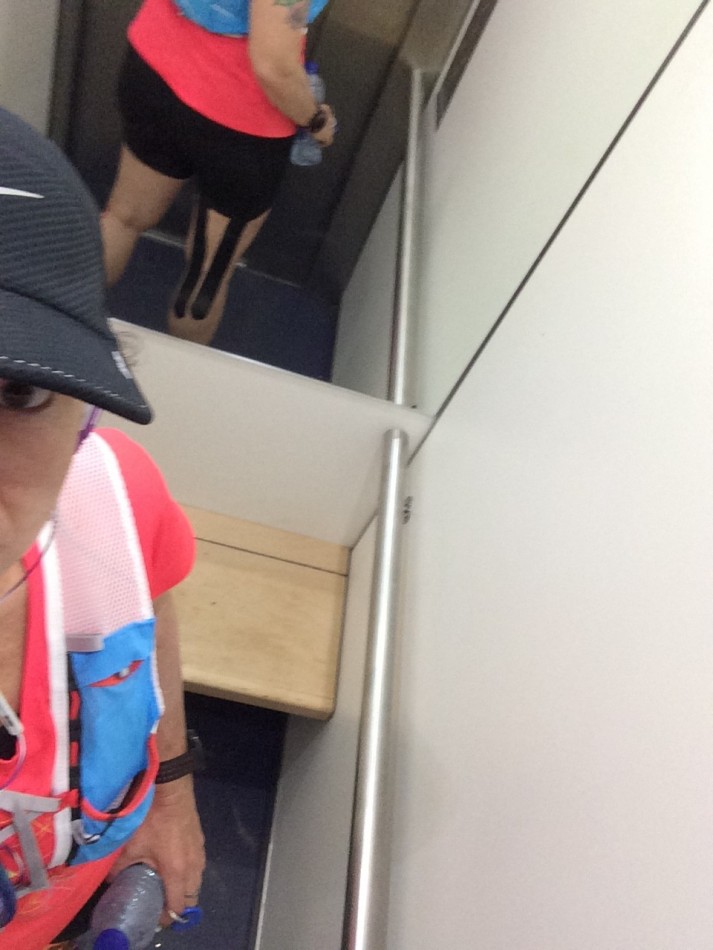 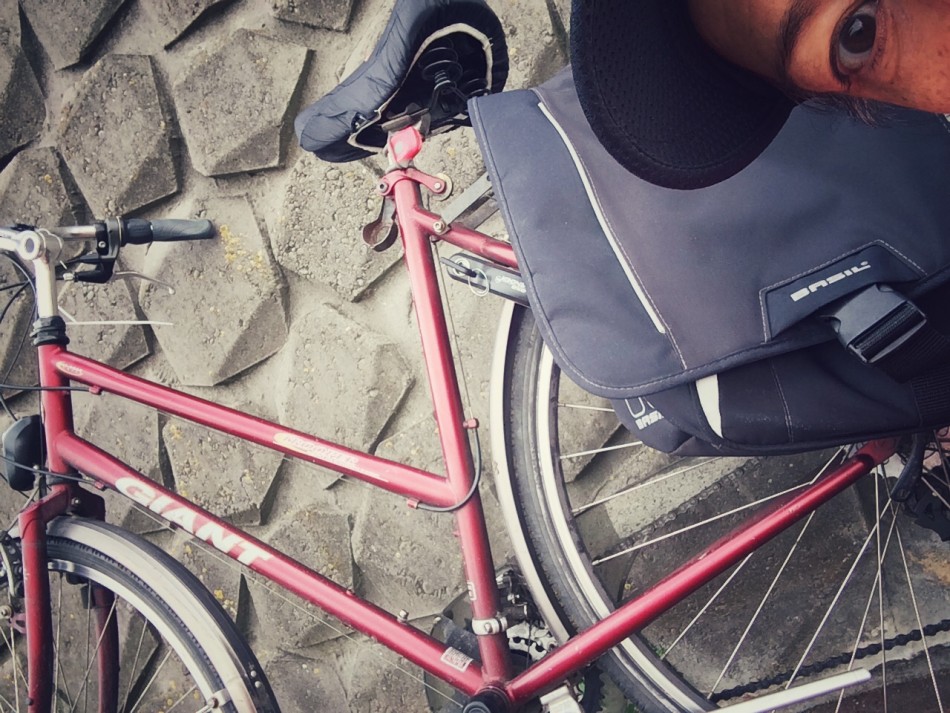 OK. So I’m not mad. I’m just frustrated. Sometimes I wonder what I’m doing here. Maybe I should just start a new hobby. Like pie-eating. I know I’d be good at that. A real talent.

Anyway. It is what it is. I’ve not yet decided how I’ll do the marathon now. I know I’ll probably need to split it up, like 6.5KM running, 500m walking. I ordered some extra strong KTape for my knee (so I’ll do front and back). I’m actually going back to the podiatrist tomorrow so maybe I just need new insoles? Ha! wouldn’t that be great! And of course still going to manual therapy. Honestly though? It’s hard to be injured (which is basically what I am I guess) and everyone else is doing their thing as if it’s just without any effort (which I KNOW in reality is not true). One of these years I’ll get there. In the meantime Berlin is going to have different goals. Maybe I’ll have a goal to High Five at least 26 people during the race. Or take 26 selfies with others who are walk/running. I’m going to come up with something positive anyway.

Have you been injured? How have you dealt with it when everyone else seems to be in perfect shape?