I was hoping Week 11 would be a better week. I still had the feeling it could have been better. I see how everyone is training at the moment and I know I should not compare myself to others (that’s hard). I am honestly doing the best that I can right now. I want to be ok with that.

Monday – boot camp. Nothing major to report. I went there, I kicked ass, I took names, I went home. 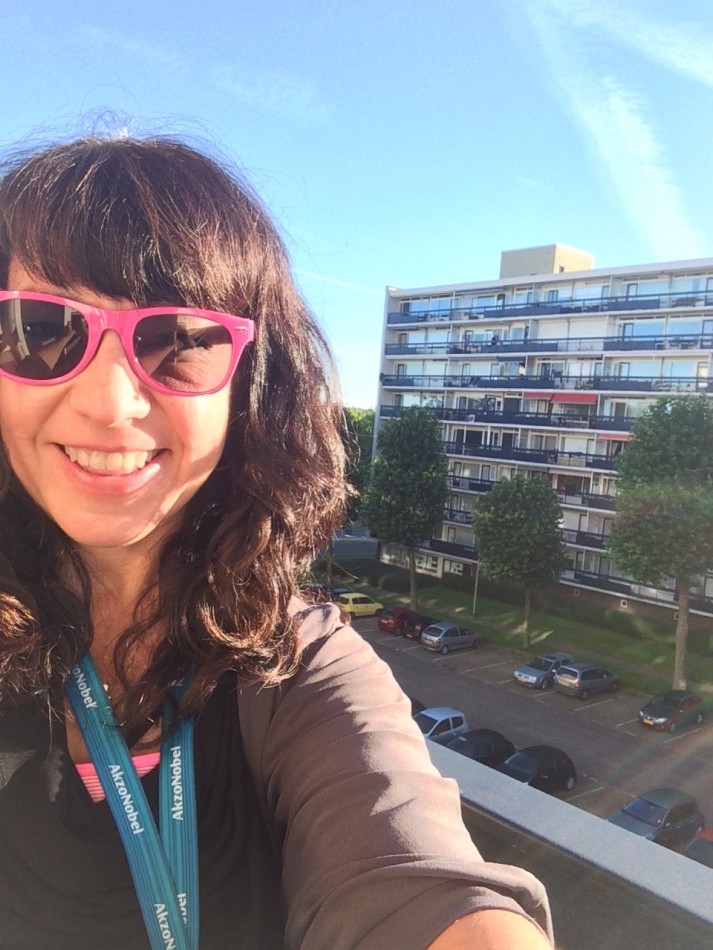 at least I tried to start Monday off with a smile…

Tuesday – Intervals on the schedule – 3 x 10 minutes with 2 minutes rest in between. This length of time interval throws me off because what I’d really like is to just run a long strip without having to loop back or continually go around in circles. I thought the route I chose would get me through it and would land me at Cafe Metropole around 9:15pm when I was meeting Ron after his training. So first I had a warmup, I think 10 minutes, then the intervals began. The first one was fine but by the time I was on my “rest” of two minutes, I was down by the Rhine and it was absolutely gorgeous out. I just wanted to enjoy that moment. The summer has been pretty crap and the fact that it was a decent temperature and the sky was amazingly blue really called for soaking it all in. After my “break” I never really got the speed back. I headed over to the bar and basically waited for my better half whilst watching the olympics and drinking a beer (we were celebrating my 22 year “anniversary” Dutch style). 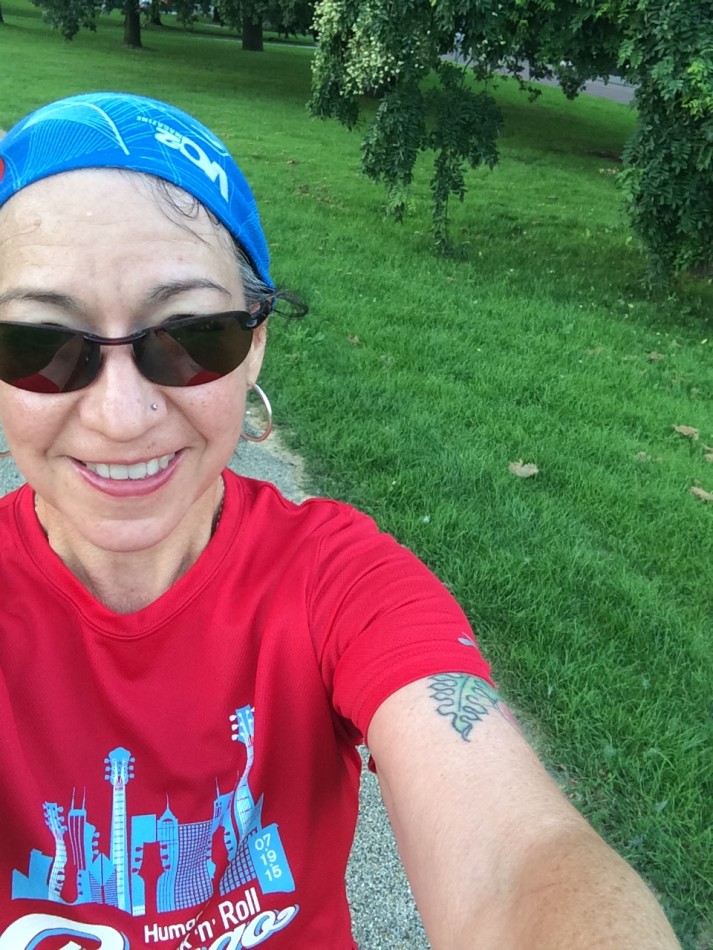 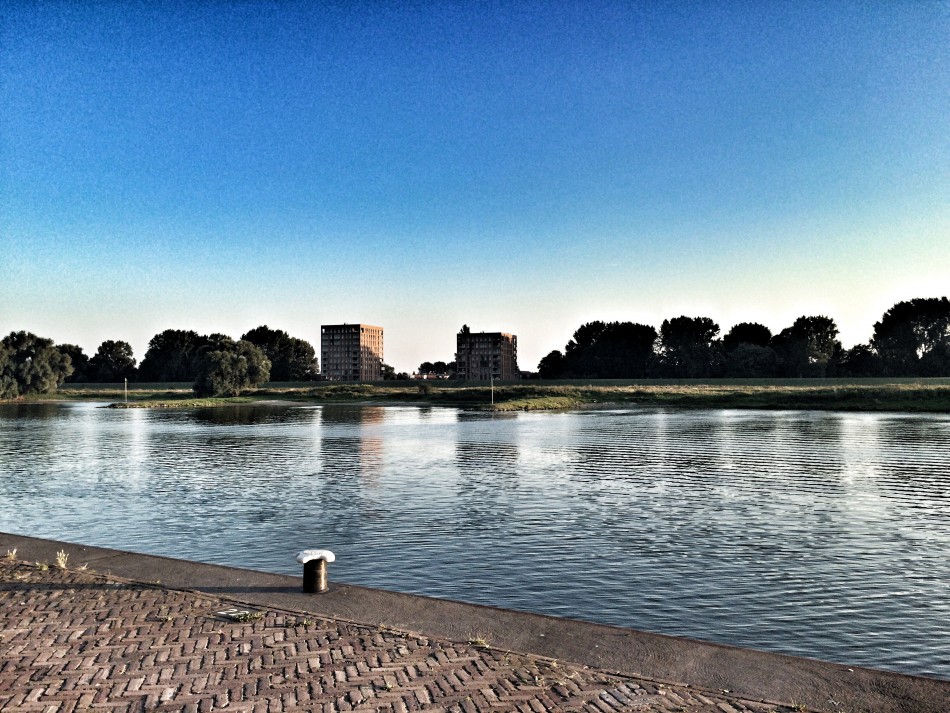 fabulous route along the Rhine River

Wednesday – Manual therapy again. Got some exercises/ stretches to do several times a day to help the leg and foot issue. Skipped bootcamp for another important anniversary; 3 years SocialMile! I haven’t been running with my crew for a long time since basically school and marathon training have taken up most of my time for the past year, but I really wanted to be there for the celebration. Usually we run a bit to warm-up, then we do some actual warming up exercises and on this particular day, since we are in the middle of the Planking Challenge, we ALL (well, probably 30 of the 34 people) did a 2 minute plank (on the lovely hard concrete, I may add…). Was good to run with the group again in any case, lovely to see Gerrit too since I haven’t had a chance to run with him lately! Unfortunately one of the guys from the speedy group wrecked his ankle going downhill in the park and had to be taken to hospital… meaning Ron, who had already done his training and was waiting for us at the Cafe, had to go and pick him up and take him to the hospital (leaving me sans phone, keys, wallet…). So poor Maarten is in a cast now and has some rehabilitation coming up for sure! Kind of ended the night on a bummer note. 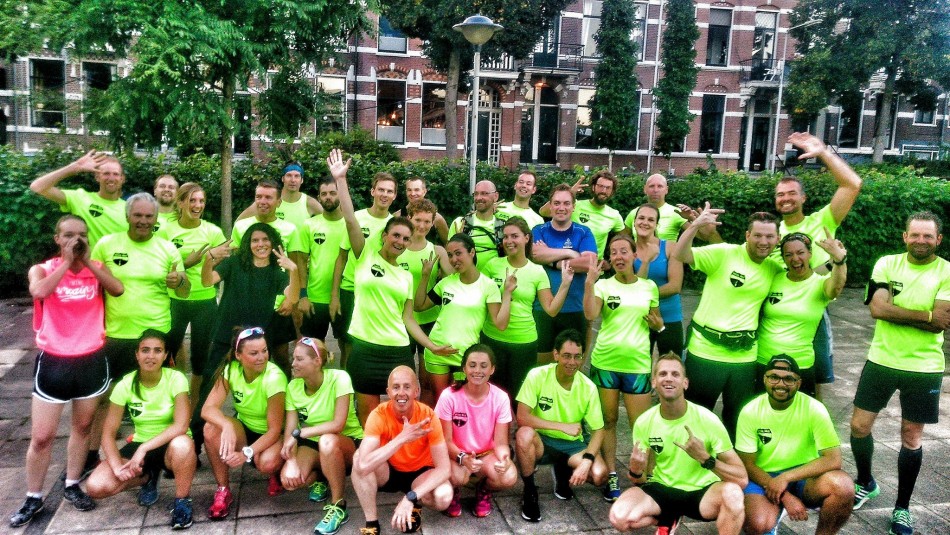 Thursday – Easy 45 minute run. I did end up with an “easy” 45 minute pace for 7km, but it wasn’t easy. I am still having trouble – physically and mentally – with just running in one go. Like, kilometer after kilometer. I seriously need an attitude adjustment. I did manage it though, so that’s one run that actually went mostly to plan. 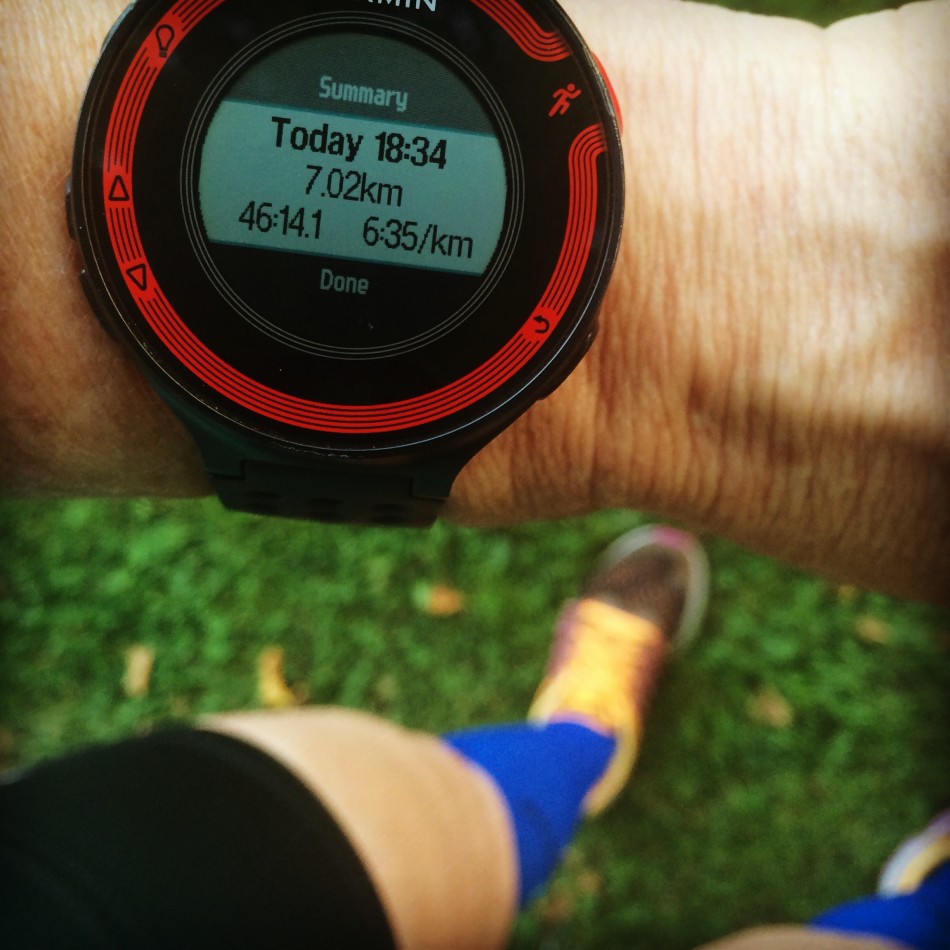 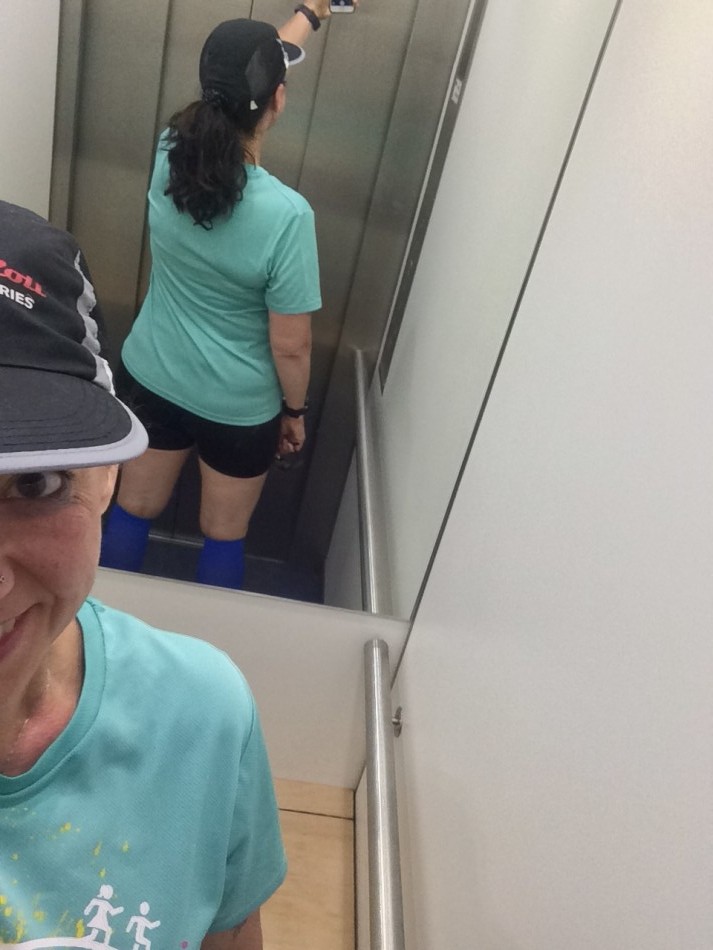 Because you were really missing the lift selfies, weren’t you???

Friday – REST day. I didn’t really rest though. I cleaned the house. Well, a majority of the house, including mopping floors. It just needed to be done. If you are a runner you know this. Laundry is never ending and the house doesn’t get cleaned as often as you would if you were not a runner. Or is that just us? Went to bed too late, didn’t sleep well either. Of course not because…

Saturday – instead of an easy run, which was on schedule, I swapped it out for the Long Run with Melanie. This time she came up from Limburg to run here in Arnhem and the area. Ron mapped out a nice 30KM route for us. I got up too late, I did not eat on time and I didn’t eat enough. The first 10K actually went all right, though it was broken up a bit with a little walk right before we hit the ferry over from Westervoort to Huissen (literally a 5 min break). We got to Huissen and it went a little bit wrong; I couldn’t follow the map very well and of course Melanie is not from here, she didn’t have a clue! Eventually we made our way out of Huissen and over to Bemmel. I had problems with my left leg. The pain again is shooting down through my hip and all along my leg to the foot. I got it together again and ran a couple of kilometers. Melanie would run and then loop back so we were still “together”. I felt bad for holding her up, she was running so well and felt good! We cut the course 4 kilometers short; with all her looping back she still made the 30km. We finally reached my flat again and we rested and chatted for a bit and then she had to go back home. I was pretty much a wreck the rest of the day. Lessons learned: EAT properly, STOP being so negative, SLEEP enough, BELIEVE in myself. 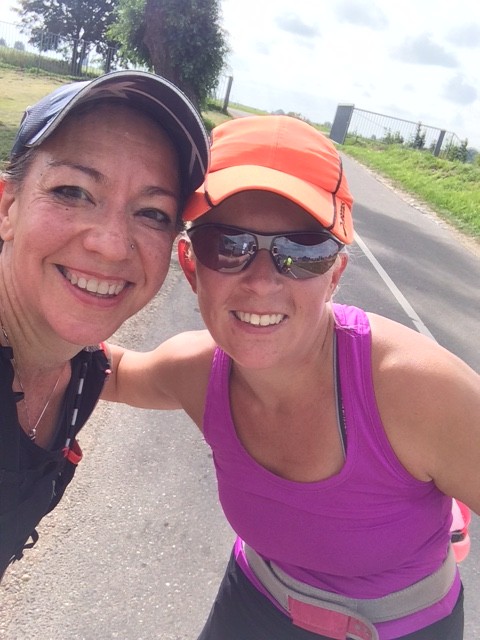 Before the legs gave up.

Sunday – Ron’s long run day, 35KM on the plan! He had no one to run with him, so I went on the bike. About an hour in it started to rain! I really didn’t think the weather would be that bad so I had no rain jacket. And it was COLD! But like the badass he his, he kept on going and I kept alongside him cheering him on. Marathon training is NOT for the undisciplined!!! Once we got home it took a while to thaw out. We decided to have pizzas for dinner and watch “Run Free: The true story of Caballo Blanco”. Interesting and sad movie. Yes, even when not running we are even watching movies about running. 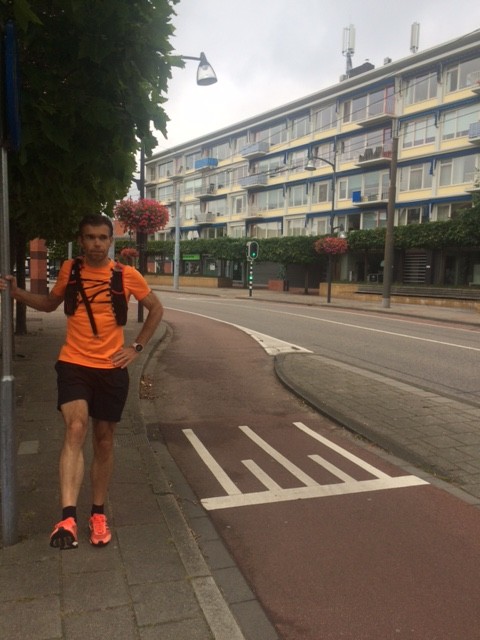 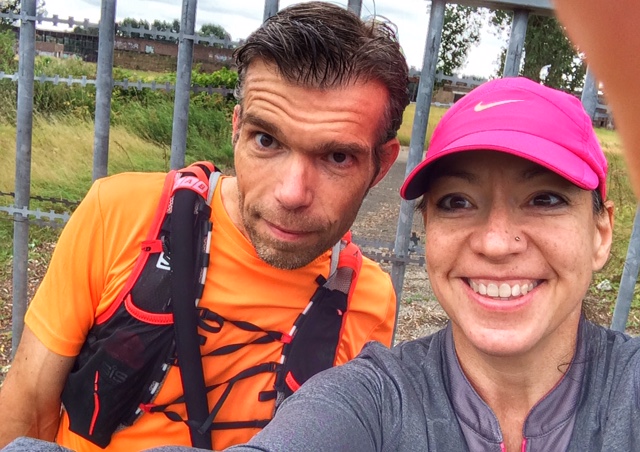 So there it is. I have already decided that “getting it together” happens in Week 12.

How was your week? And are you going to make your new week a better one?