A funny thing happened on the way to Luxembourg (part II)

“They” say things happen in threes. I believe this to a certain extent.

As I mentioned in my previous post, we rented a car to go to Luxembourg to pick up my parents. They had been on a long cruise and we knew they’d have quite some luggage with them (plus all of dad’s camera equipment) and we wanted everyone to be comfortable. The plan was Hubs would drive to the Station nearest to where I work, as they have a very good, very secure Park and Ride for a lot less cash than parking at the airport. I left work early on Wednesday and we agreed to meet at 3:30pm at the station.

I was the first to arrive so I purchased our tickets to the airport. We were renting the car from the airport since all four of us were leaving Friday midday to our subsequent destinations. Hubs called right after I had the train tickets in my hand; the Park and Ride was closed for construction!! Of course! The day we want to actually use the Park and Ride, it’s closed! We decided to drive to the airport and park in Long-Term Parking. We needed petrol (diesel actually) but could definitely make it to the airport with no issue whatsoever so we just drove directly there. I needed to pick up the car at 4:30 and we were now pressed for time (I have a “thing” about being on time, this is why we did not stop for diesel). We made a mental note that we would need to fill the tank when we arrived back from London. We had the GPS anyway and it would tell us where the nearest tank station was located. Having the car at the airport made perfect sense – now we could just drive directly home and not have to worry about any trains at all.

We picked up our car and drove to Luxembourg.

We picked up my parents the next day.

Thursday after we’d arrived back at our apartment we sorted my parents out with their check in for their flight back to the US. 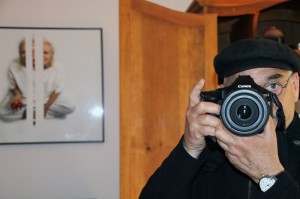 We also checked-in to our flight to London. But I noticed something; Hub’s name was spelled wrong. You know how “they” are always going on about your ticket/ boarding card has to match your passport? We got on the phone to KLM who said we needed to phone Expedia as we arranged the booking through them. We phoned Expedia who said they would phone KLM to arrange the changes. There were TWO spelling mistakes (my bad; obviously I was in a hurry when I booked and I didn’t check properly) one in his first name, one in his last name. They said they would take care of it. We left it at that.

Friday we went to the airport. Everything went very smooth.

We dropped off the car. We got my parents to their luggage drop off desk. But. Something was still wrong.

They fixed his first name on the ticket, but not the last name.

I checked with KLM. They couldn’t change it. Not without a charge of EUR 50.

I phoned Expedia and had a very slight argument with the service representative about how it WAS actually important that the boarding card match the passport, especially in the UK where they are VERY strict about these things. Maybe we didn’t have a problem going to London, but we could have a problem coming back. Little did I know what was really in store…

So I’m on the phone, my parents need to leave, I end up on hold, Hubs hugs and kisses dad and stepmom, I give him the phone so I’m able to also say “so long” to them as well.

Eventually it gets sorted out. They issued a new ticket. We got checked in, we dropped off our bag, we went through security, and we got on our flight. 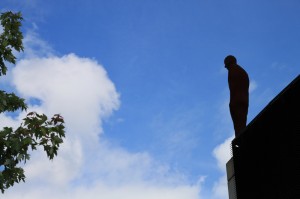 We had a great weekend in London. As I said before, going away even for a weekend with Hubs is always enjoyable. We like the same things. We love music, going for coffee, walking around, hanging out, having a beer. We did all of these thing and even met some interesting people at the music festival we attended Friday and Saturday. Sunday a few plans for meeting people fell through so we just wandered around a wee bit and eventually headed to the airport when it was time. 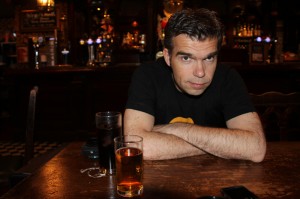 Heathrow is always a little challenge. It’s always busy and no matter whether or not you have checked in online, you still have to wait in a queue to drop off your bags. Sunday was no exception and it seemed we had loads of people ahead of us who had 5 bags and had to repack and change hand luggage or had some challenge with their boarding cards. We were still on time so no issue just more annoyance than anything. About 40 minutes before the flight we headed through security. As a seasoned traveler I pride myself on being fully prepared to go through security at any airport – I’ve got my few liquids separate in a clear plastic bag, my belt off, no sharp objects, phone put away, that sort of thing. Sunday was no exception. I put everything through, walked through the sensor, completely free and clear.

One man came forward and asked who the owner was of the bag. I raised my hand, he came over and asked “Can you please describe to me what you have in the bag?” So I started naming items. Camera, wallet, iPod, headphones, tampons, a pen. Then he said “We noticed a small piece of metal in the bag, what could that be?” I said I didn’t know. Honestly, I had no idea. I had no nail files, tweezers, nothing of the sort in that bag.

The bag, which by the way, my dad gave to me in March, that belonged to my (dead) Uncle. The bag, which already passed through US security once as a carry on in March and through security from Amsterdam to London, just 3 days earlier.

They said I had to empty the bag. So I started to remove the contents. Everything in a big tray. Another man had a metal detector. And there it was. The small metal object in my bag.

I have to tell you I was absolutely flabbergasted. I had no idea what to think. I was scared that’s for sure, I wanted to cry from the shock. I explained I had no idea that bullet was in the bag. I explained it once belonged to my Uncle, that I never even noticed it. I explained that he was former military and a marksman to boot, but I honestly never, ever saw it in the bag. The guard explained they had to call the police. The POLICE.

He took my passport and asked us to wait in another area.

Our flight was now being called for boarding. We weren’t going anywhere.

Fifteen minutes we heard that our flight was about to close, final boarding call. The security guard came back, gave me my passport and said “We’re going to let you go, but we’re keeping the bullet. Be careful next time when you receive things from others; you never know what might be in store waiting for you!” We then RAN to the gate and got on our flight.

Remember I told you that we needed to get petrol when we arrived at the airport, that Wednesday we picked up the rental car? Well, yeah, we tried, but we still ran out of gas.

I think this means that I’m in for some really GOOD luck soon!