I’ll be honest with you guys – one thing I really thought I would miss when I started eating in a more “paleo” way was hummous. I love most beans anyway, and I haven’t been 100% bean free since I started this in February – growing up in New Mexico for example we had a lot of pintos and black beans for sure. For some time I was vegetarian (from 20 – 29 years old) and I ate beans, including chick peas, like they were going out of style! I love hummous and falafel and could never imagine my life without them. Kind of like how most people feel about bread or pasta.

I told my former trainer I would give it a try and that I have done. I’ve not made any pintos, no anasazis, no meals or salads with chick peas or kidneys, no refried beans on my burritos (GF wrap of course), but… I have had black beans in very small portions, generally when the hubs makes his famous über-delicious chili con carne. When I was back home just a few months ago I also had a bit of pintos (and, not beans, but I also had gluten-full sopaipillas because, hey, no chance of getting those here).

I came upon this recipe from Mellissa Sevigny at I Breathe I’m Hungryand while it’s a bit heavy on the tahini, I love it. Basically it goes like this:

Combine all ingredients in a blender and puree until thick and smooth. Taste and adjust seasonings to your preference.

So yeah. Piece of cake.

What I did: I only peeled “half” of the courgette (zucchini) – so like in stripes. I liked the added flecks of green in the hummous. I used all the tahini she mentions (or that the person who she got the recipe from mentioned) but I would do only 1/2 a cup rather than 3/4. Unless you *really* like that sesame taste.

Sadly I can not eat this stuff fast enough, because I worked out that it’s about 150 cals per 50g serving. It’s still in my fridge and I can probably get one more day out of it, but after that it’s going to have to go. Hubs isn’t a real hummous eater, so he’s not really dipped into it either.

I ate mine on GF toast, some GF pumpkin seed crackers and of course, with little carrots! 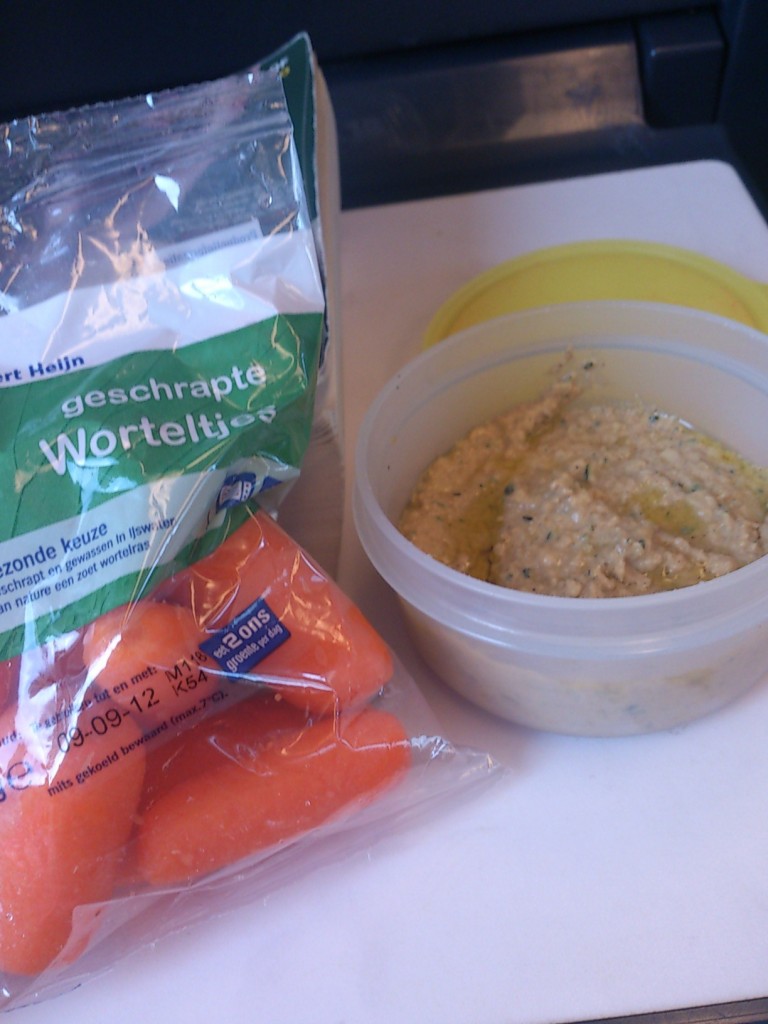 a little snack for on the train ride home 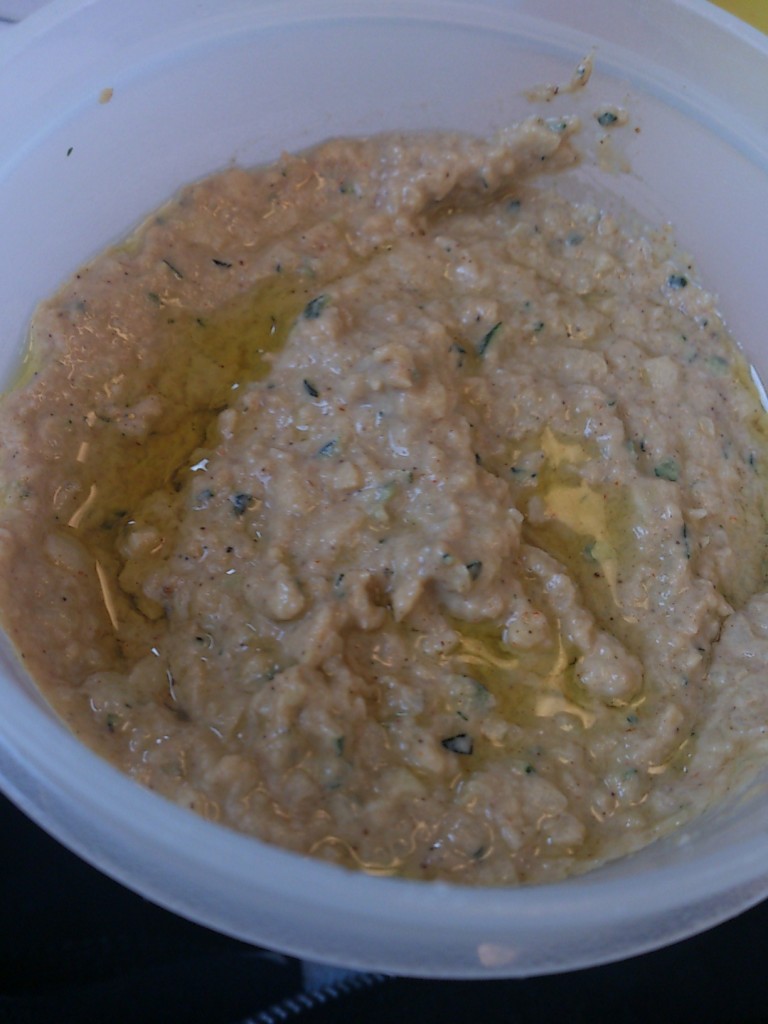 close up! see the little green flecks from the courgette peel?

If you love hummous and are trying to avoid windy beans, this could really be something for you!

Do you have an alternative to one of your favourite foods ever? Something that you thought you could never live without?