Week 2: I suppose it can get better from here

Gah. Is it only the Week 2 recap? Feels like it’s been ages since the year started. It wasn’t the best week ever.

Monday – my mother-in-law has been very ill so instead of going to Berlin, we stayed home instead, still taking the days off of work so that we could easily go to see her. Monday was so hard, she was not well at all and we honestly thought it could be the last day we would ever see her alive. On Monday evening I had training with Runiversity and it went fairly ok. We did a few KM warmup and then did intervals. It was good to get out and to try my best at the intervals to get some energy out. I was worried about MIL and a few times I pushed so hard I had tears. Good excuse to let the tears come out, you know? 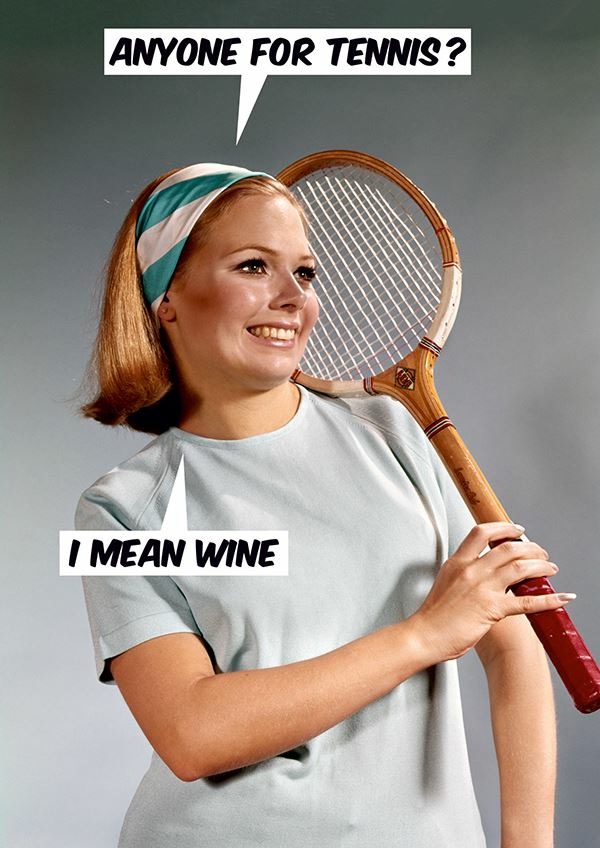 is it too soon to choose a new hobby?

Tuesday – another day off and another day seeing my mother-in-law. On Monday she already started taking a new round of meds and we were already informed by the oldest BIL that she seemed to be doing much better after we’d left. When we arrived she was sleeping so we went and had lunch (it’s a tiny, tiny village with very little options but we managed) and then we went back and sure enough she awoke and stayed alert for a while. Luckily we left with a better feeling. After dinner I went for a quick run around the park. 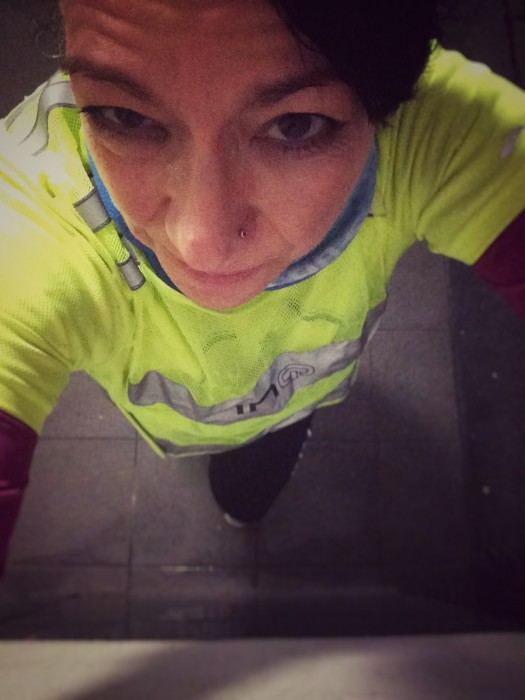 Wednesday – back to work! I prefer having a regular schedule, even though on the other hand if I could never work again that would be brilliant! Alas I don’t have a bank account that ensures I don’t have to work so I was back at the grind. However, I didn’t work the whole day because in the afternoon I had my appointment at the Back Clinic for my shot!

I haven’t really explained much about what is going on in my back but it’s basically this in a nutshell: There are 2 things going on. One, I do not have a hernia, but there is slight compression in the Lumbosacral Joint and it’s affecting the L5 nerve root. You can call this sciatica, but it’s not quite. I have pain in my lower back but no real pain in my leg. I have tingling in my calf sometimes but usually in my foot, at night, when I’m trying to go to or stay asleep. This may or may not be the reason for the tingling, they don’t know yet. Yay! I’m an anomaly! The second thing that is going on is that one of the lower L vertebrae slips forward occasionally, which can cause pain and/or discomfort. Because of this pain in my back, my left (normally always left) bumcheek hurts as well. Good thing I have a great sports massage therapist who doesn’t mind sticking her elbow in my butt with all her body weight. The chiropractor was helping me with the second problem, but I have to try to work it out myself as it will get very costly to go to him weekly (it’s covered about 80% by my insurance, but I always have to pay first, declare and then get the money back later, plus I think coverage is only up to EUR 500 and that adds up quickly).

Anyway, so on Wednesday, I got the shot! Basically an epidural steroid injection. It was fascinating actually. I watched most of it on the xray screens (they use the screens to get it in the exact place needed), until at nearly the end point when it actually got the nerve. WOW. That didn’t hurt, it was more like what being electrocuted must feel like! Nerves are truly amazing things, and our bodies are busy with them all day long. Good thing I don’t have to have that kind of contact with them more regularly! Since the shot I had no back pain at all the next day but then it was back again on Friday. Not exactly sure why and since then it’s decreased again. I get a new shot in just over a week.

Because of the shot, I ran in the morning at 6am to make sure I got my run in. 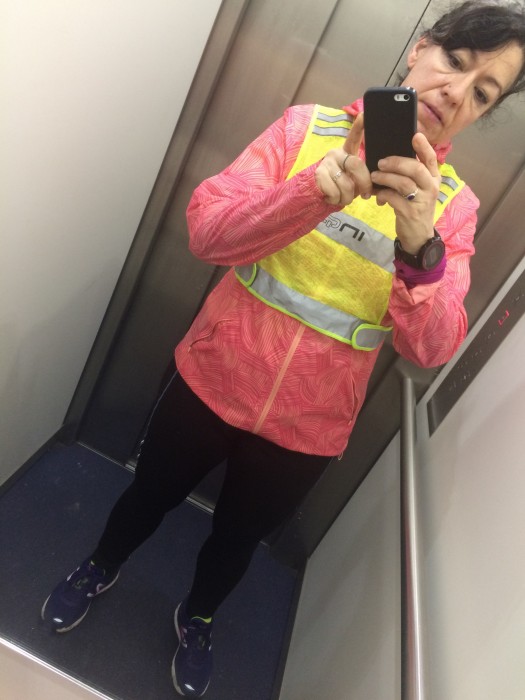 Thursday – another day at work, nothing extraordinary except going out at lunch to buy a chocolate cake. gentle jog after work so as to not destroy the shot. It was Ron’s birthday (hence the cake) so after my “run” I took a quick shower and got ready to go out to celebrate. The weather was about to get real winter-like so we took the bus instead of riding the bikes. We had a lovely dinner at our favorite Thai restaurant. After the week we had with thinking MIL was going to die we just wanted something to enjoy and no risks (like going to a new restaurant)! We left to go home around 9:30pm and it started raining. So much for the snow that was going to hit at 10pm according to Ron the Weather Man. 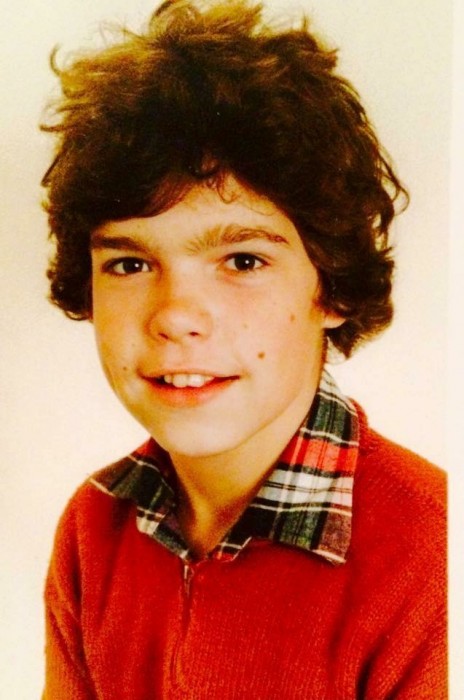 wasn’t he just the cutest boy ever???

Friday – OH EM GEE it freaking snowed! Instead of biking to work I decided to walk. But I started walking and it was slippery and wet so I thought it might be a better idea to take an additional pair of socks and shoes to work AND catch the bus. A fairly ridiculous thought, taking the bus, since I’m like an 8 minute bike ride away from the office. However, it really seemed like the right thing to do. As soon as I stepped out of the bus, I landed in a gigantic puddle at the crosswalk. Good thing I had those extra shoes… 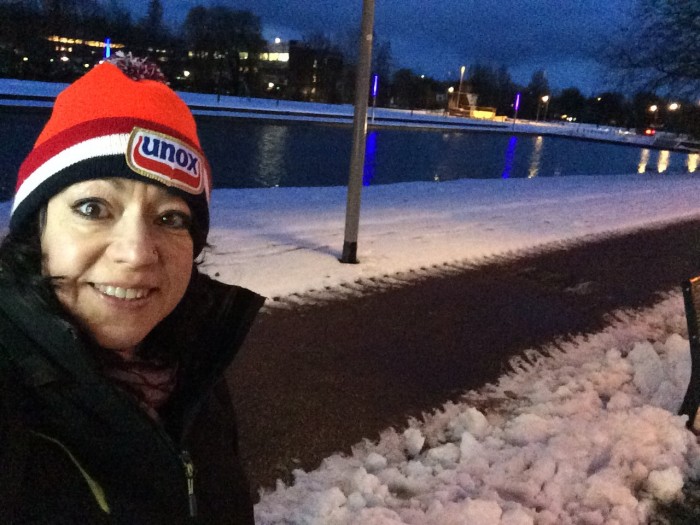 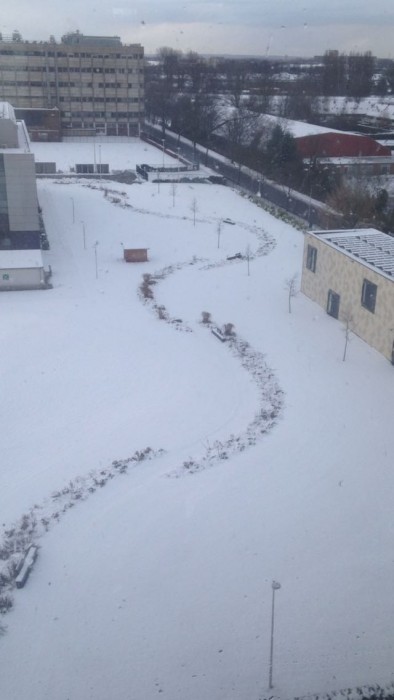 Friday night was training with Runiversity again. It had snowed on and off during the day but I thought it was finally finished around 5pm. No such luck. It started snowing again around 6. Exactly what I DON’T like running in, but I made the commitment so… Luckily it stopped snowing whilst we were training and it went fairly ok, so at the end I was glad I did it. 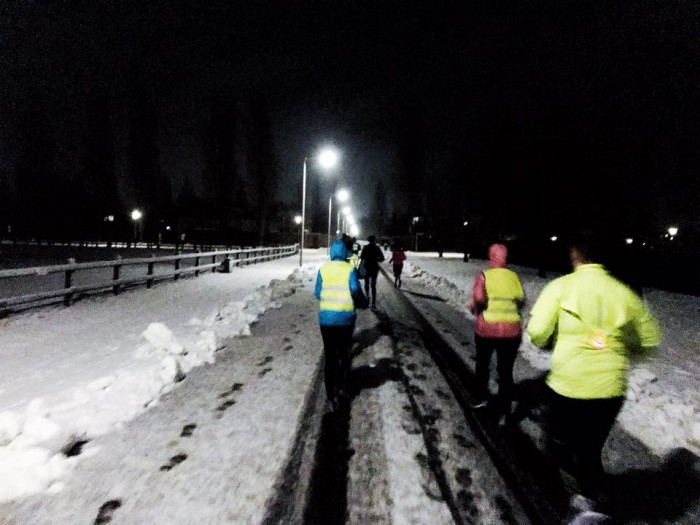 Saturday – First day of school! Since I had no idea when I would be able to run later, I got up at freaking early o’clock but my back was hurting so my “run” was more of a 2KM hobble around the block. A lady who used to work with my sports massage therapist is taking the same course (I met her during my internship and she massaged me once when Eva was on holiday) and so she picked me up at 7:40 to get so school on time. It was a very long day. I think it will be a good course, but I’m going to really have to work hard, it’s not going to be an easy ride. Anyway, as things progress, I’ll write more about the course in general.

I got home around 5pm, freshened up and we went to dinner with the kids for another birthday celebration. This time to our favorite Greek. We’ve been going to this Greek restaurant for about 11 years now and we pretty much always go for birthdays. Very nice, but I was absolutely shattered. Finally, when I went to bed, I was able to go without setting an alarm. 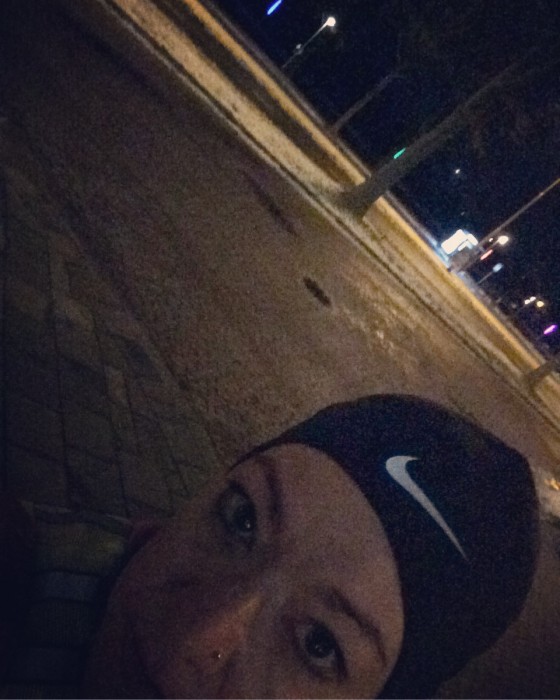 Sunday – “Homework” from Runiversity. Not only was my back bugging me but now my right knee. It’s always something. Ugh. Still I went out, managed to find a spot to run (still icy and snowy) and managed just over 6 KM (15 min warm-up then 3KM at Max heart rate, then cool down – could not really maintain the 3km so it was kind of intervals). 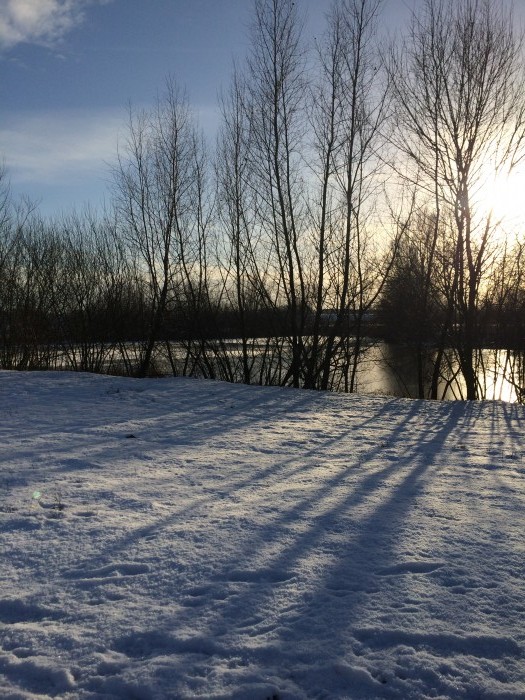 beautiful out, but not really happy to be running in this to be perfectly honest…

Didn’t do very much the rest of the day. Attempted to read a bit of my school stuff and tried to figure out what the assignments are. Of course I had that wonderful feeling of “overwhelm” again but I’ll get over it and get through it

Not the best week ever, though there were some good things. I can’t seem to get it together with eating/ logging food and I’m trying to figure out not only why that is, but also how I can fix it. Good thing it’s not the end of the world and that tomorrow is another day to work towards my goals.

How’s your January going so far? Did you have a good week last week or do you feel like you need a do-over?