May already. Incredible!  As per usual I’m linking up this post on the Weekly Wrap again this week from HoHo Runs and MissSippiPiddlin – check out their blogs as well AND the links that others have dropped in the link up! 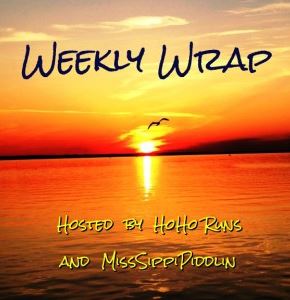 Monday – Up early to be sure I was at work on time. I’ve been trying a bit harder again to not only get to bed on time but also get out on the first alarm (or first snooze). Work was busy in the morning and pretty slow in the afternoon. Took a break in the morning and walked some stairs and a bit around the building. Had a good walk at lunch (3.37KM). Left work on time and finally posted a blog update (that was challenging for the whole month!). Ate leftovers for dinner as Ron went to the gym directly after work. Spent some time studying. A pretty uneventful day actually. For once! 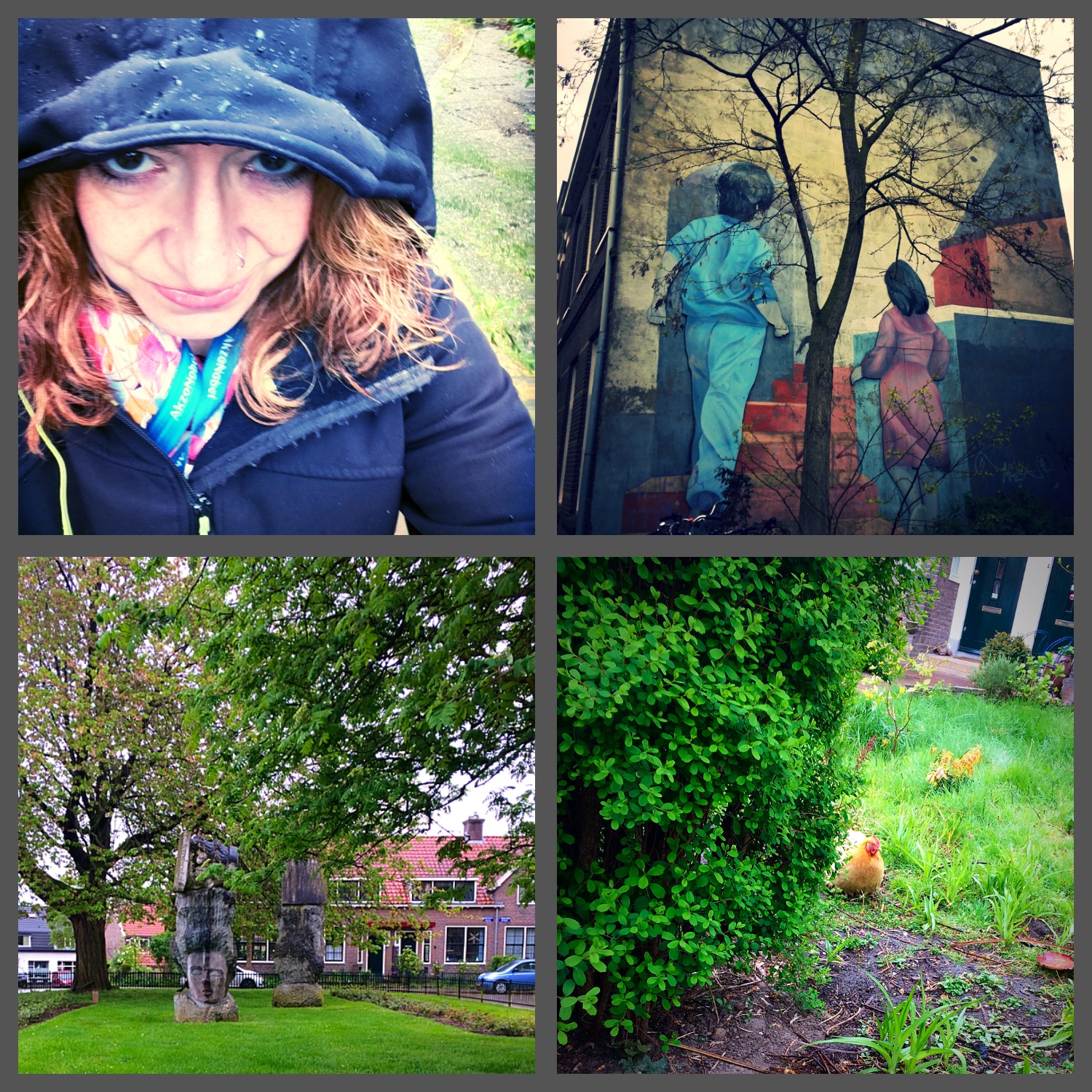 Tuesday – Another fairly early start. Stress free morning at work. Walked the stairs again in the morning and had a brisk 3KM walk at lunch.  Studied a bit when I got home from work and Ron was kind enough to make dinner for us. 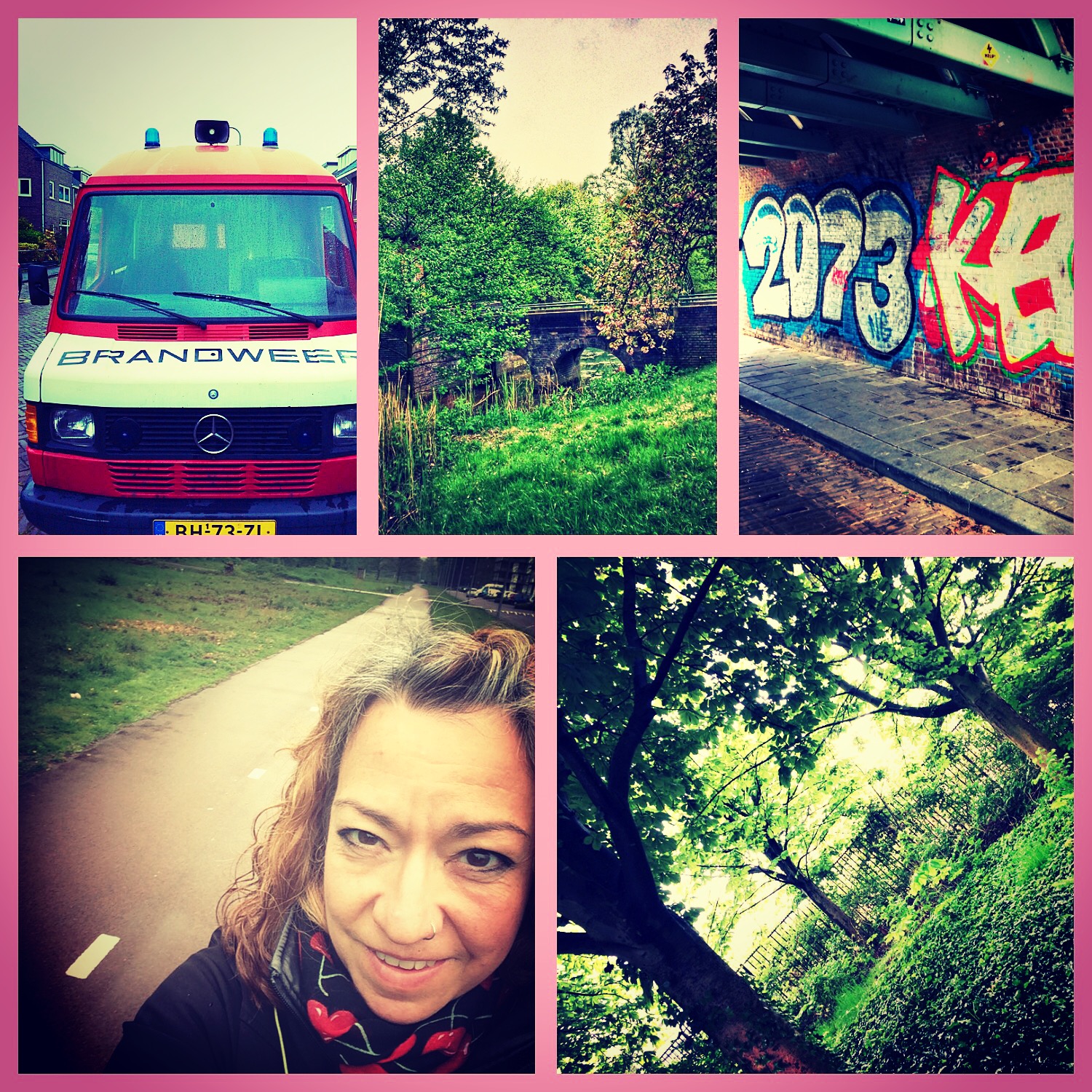 Swimming in the evening – didn’t go that well (again). It’s frustrating. I feel like I was a fairly ok swimmer before (without knowing how to do the breaststroke) but this is the second time I “breathed” in water and had a slight panic attack from not being able to breathe (AWFUL feeling by the way. I send my vibes to the universe that I don’t die from drowning). I feel like the kid who somehow starts behind the rest of the class as far as swimming level goes. But I won’t give up. I have to keep going. I just wonder if there isn’t some technique to just keep calm so I don’t breathe in water again out of sheer panic that it’s going to happen?

Wednesday – Struggled getting out of bed.  I am sleeping a bit better though, so that’s something.  Only waking up one time in the night for the loo instead of 10 times for various reasons.  Another 3KM at lunch.  It’s kind of weird weather but warm enough by the time I’m done that I have to take my jacket off.  There’s hope for spring yet.  After work I did a little bit of studying, then Ron was home and we headed out together for a little run.  Unfortunately his leg/hip has been bothering him and he already knew after a couple of minutes that it wasn’t the best idea to be running at that moment.  So before we even reached 1KM, he headed back home and I headed towards the dike.  For some reason, I was able to do negative splits for the entire 6KM!  A good run, but man was I the color of a tomato when I was done! 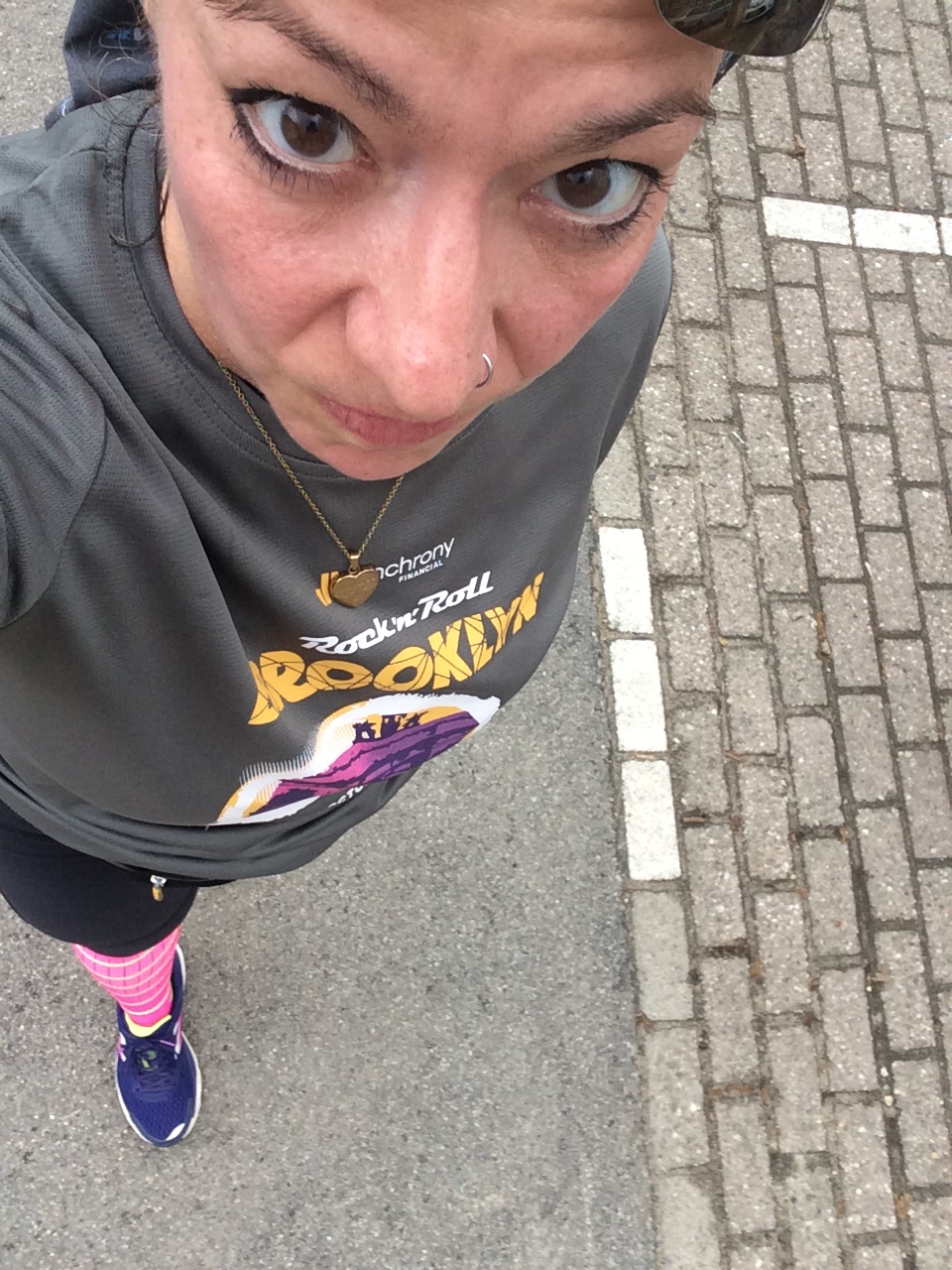 Thursday –  I didn’t sleep very well.  It’s always the way.  By the end of the week (and it’s a luxury problem, I know, because my “end of week” is Thursday and not Friday) I’m just way more tired and can’t spring out of the bed with enthusiasm in the morning.  Well, let’s be honest here, I don’t spring.  Ever! haha!    Did my lunch walk again, another 3KM for the books.   This month is actually “Running around the world” month at my company and the general goal is to get people active.  This year’s specific goal –  “Healthy, Happy and Green” – is to plant 1000 trees by taking 1 billion steps. That means 1 tree planted for every 1 million steps we take.  Steps can be normal walking and running steps but they can also be translated from kilometers (1 KM = 1300 steps) from biking, swimming, rollerblading, etc.  At the moment there are 48 countries participating, 263 cities, 155 teams in total and 3001 “players”.  Hopefully these numbers will be higher as the month continues.  This is one of the reasons I’m aiming for #10Kstepsperday.

After work my goal was to go for a run.  No plan really, just run.  I don’t have a lot of mileage this year so far (not a real issue) and I have the Rock N Roll Liverpool half coming up, so I’m just trying to run when I can.   This run started off epically crap.  Pretty sure I stopped to walk already by 1.5KM.  By 2 I wanted to turn around and go home.  I just had concrete posts for legs.  But…it was really gorgeous out and I thought to myself “no, just go, don’t think about it.”   So I went.  I took a road / path I don’t normally run and I just let the distance be what it was going to be. 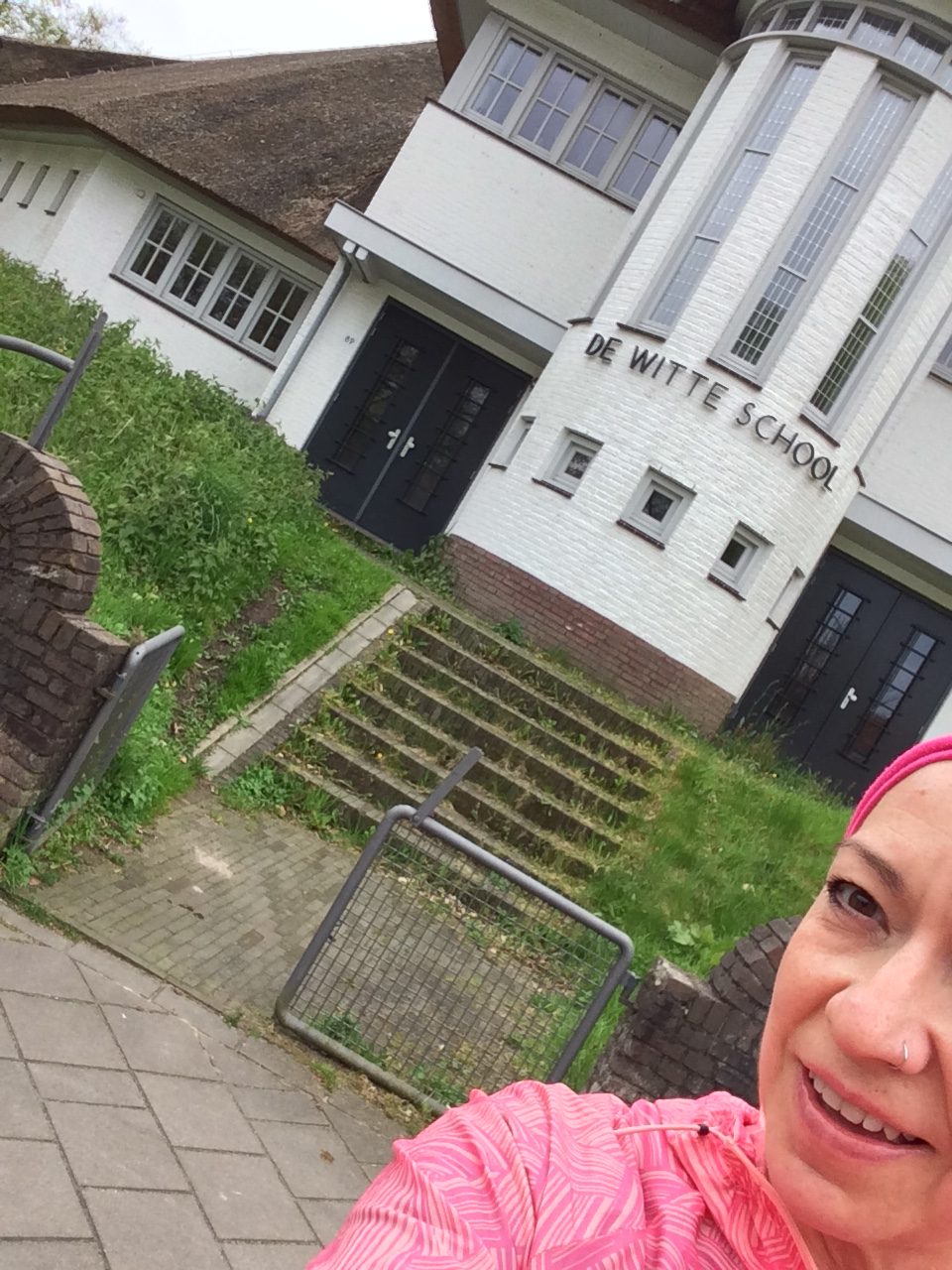 In front of one of my favourite buildings in Arnhem

I ran up all the hills.  (again… if you think the Netherlands is flat, you are wrong!  you just need to come to the other side of the country opposite to Amsterdam)  It was slow but I was very proud of myself for getting up those hills!  As I was running I ended up in a neighborhood that I did know and I remembered there were stairs, but I didn’t expect mega stairs!   Got up those as well and then headed home.  For someone who was ready at 2KM I am very, very pleased that I made 10KM!  It still wasn’t a “great” run but I was grateful for the run. 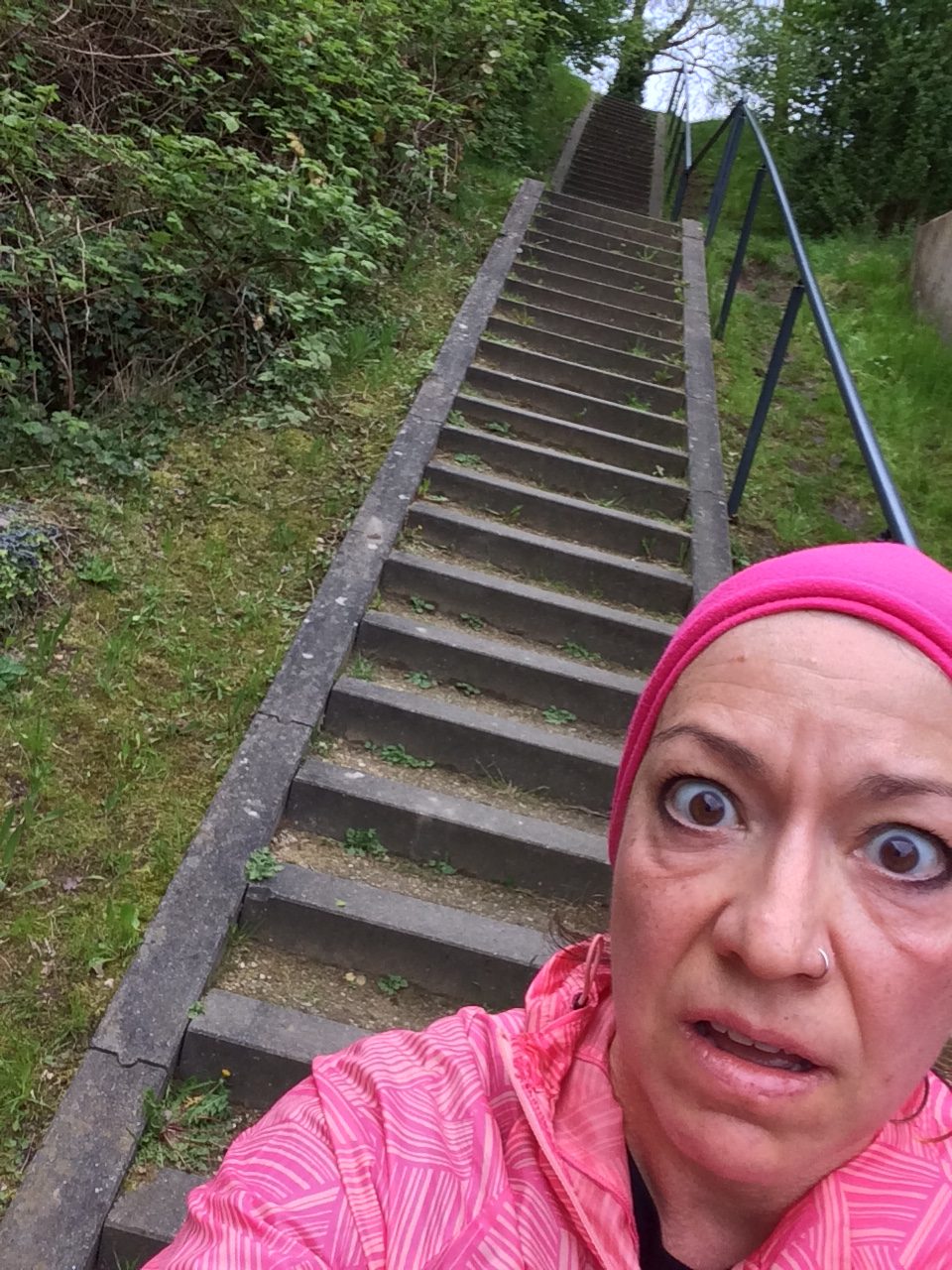 Friday –   Day off, YAY!!  and bonus, Ron took the day off as well!  We had a little lie in, and had a nice breakfast and then decided, since we have been seriously discussing recently, to go bicycle shopping!  As much as I love my bike, I’m ready for a new one.  I must be the only person in the Netherlands who has owned their bike as long as I have (21 years) that also has never been stolen – hahaha!    Another great thing about this country is that there are different Bike Plans that are offered through employers with tax benefits.  So basically I can buy a bike from my gross salary, up to EUR 749 and get accessories for up to EUR 164.   My company actually gives a sort of “bonus”  for participating in the bike plan as well.  This is mostly to encourage people to live near their work and commute by bicycle instead of car.  Ron’s company has a different sort of plan but almost the same amounts.   He’s been wanting a new bike for ages as well.

After going to several shops (2 in Apeldoorn, about 40 min drive from here)  we ended up back in Arnhem to a bike shop we go to occasionally for sport fuel.   At the 2nd shop I actually found EXACTLY the bike I wanted, but… it was over budget (I was planning on going EUR 300 over and no more – that would be 749 from gross salary and 300 from netto).  Kind of disappointing but I figured I needed to get it out of my head and move on.   At the shop in Arnhem the SAME BIKE was there but this one was offered at EXACTLY MY BUDGET!!!  So I decided to go for it! 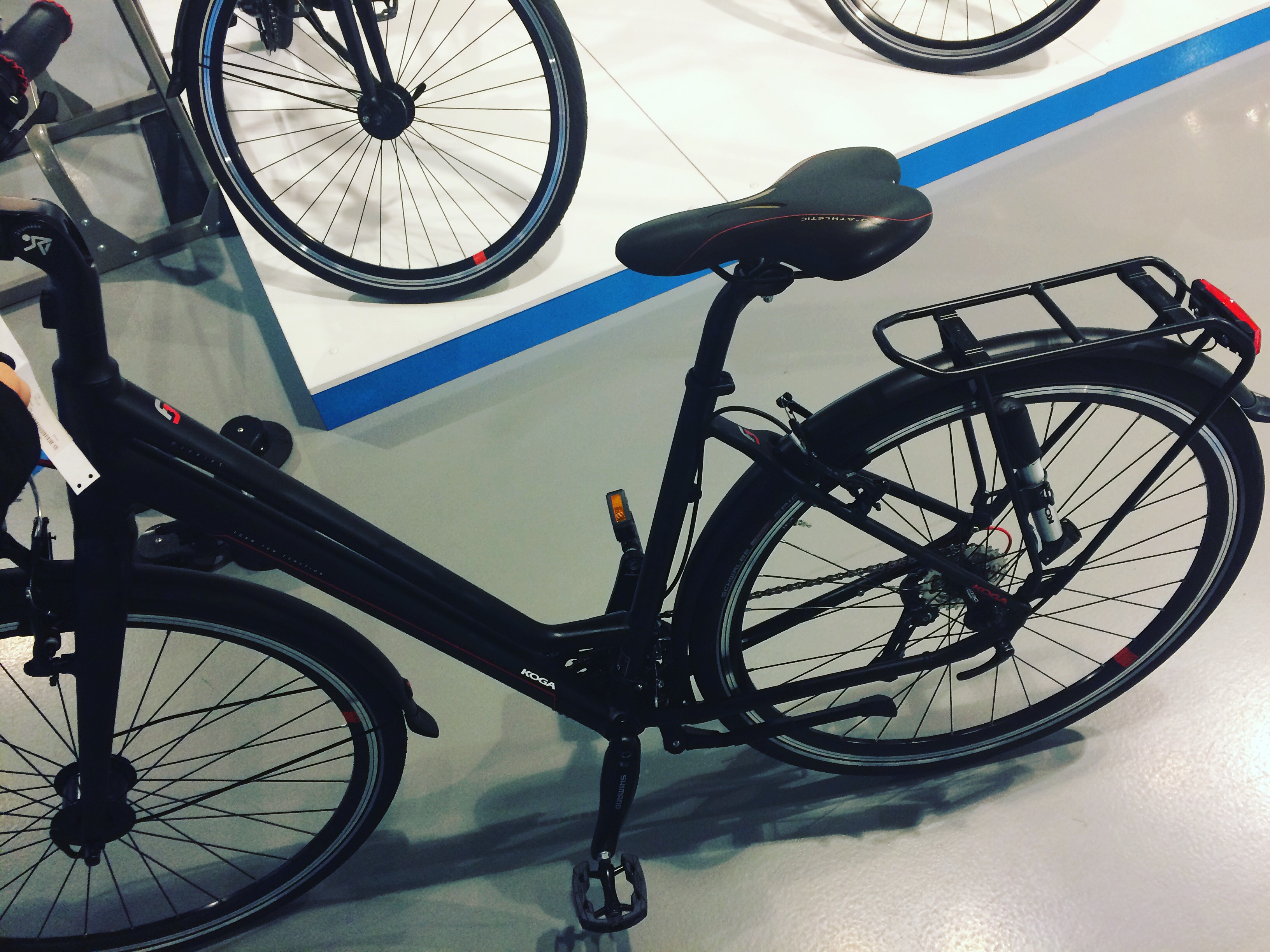 Hard to see here of course, but I’ll have more photos in the near future!

Ron had a few brands/types in mind and spent quite some time checking out a few bikes, but he finally found his dream bike as well! 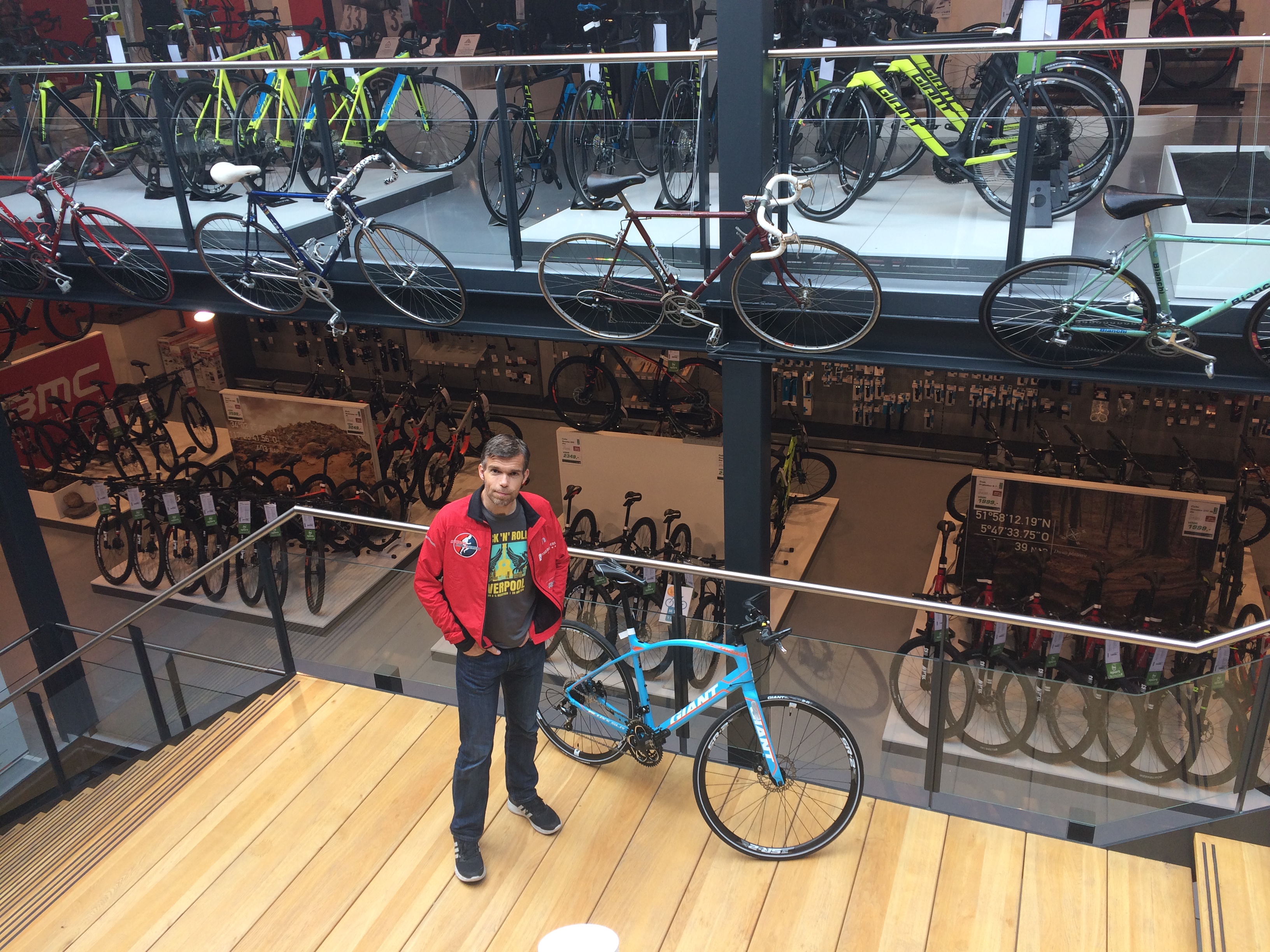 So that’s both of us with new bikes!!  My bike will be ready Thursday  and his on Friday.  Can’t wait to get out and ride my new bike!!

Unfortunately in the step deparment I fell short.  Actually, my Vivofit died and I had to recharge her up.  So I’m sure there were more steps, but this is what’s official:

Saturday –  Plan was to study the majority of the day and that’s pretty much what I did.  Around 5pm my bum was super sore from sitting all day so I put my running kit on and went out for some fresh air.  No real plan.  6, 7KM maybe. Really depended on the legs.   Turned out to be a much better run than on Wednesday!  Not too hard on the legs and the weather was once again brilliant!   6KM on the dike near my house. 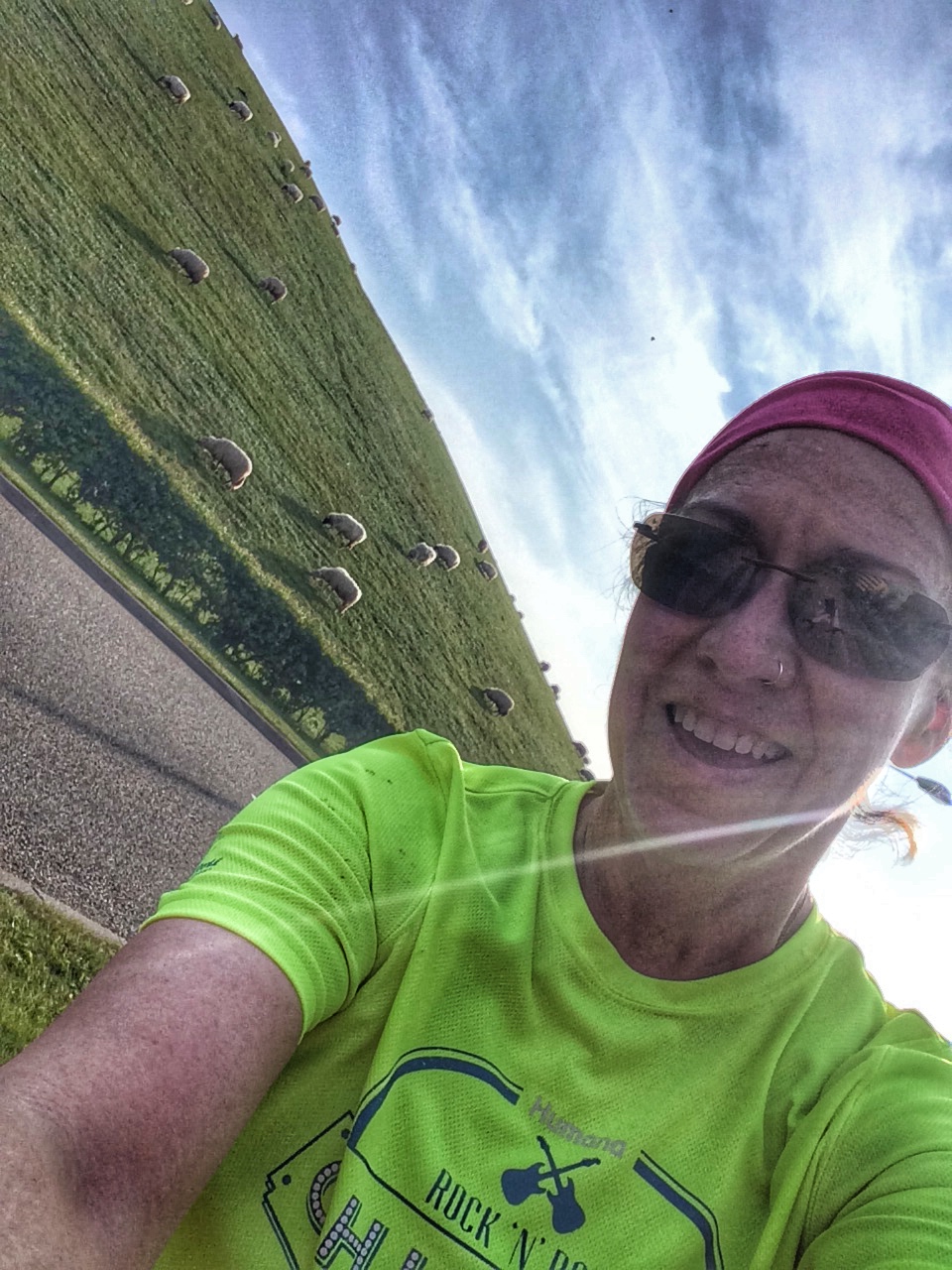 After I finished my run we had dinner, watched a bit of telly and then got ready for Sunday morning.  I wanted to run fairly early so I needed to go to bed at a decent time.

Forgot to put on my vivofit until I actually went out to run but I don’t think I’d have reached the 10K steps as I was sitting, studying all day.

Sunday –  Set my alarm for 6:20 but I wasn’t quite able to get out exactly at that moment.  I hit snooze a couple of times and then I was out just before 7.  Made my breakfast and the necessary coffee, got ready (physically;  mentally I wasn’t really ready to run alone) and was out just before 9am.  I “ran”  into my neighbour who runs usually with a group in Westervoort (near here) who asked me if I was running alone and did I want to come with her and run with a group in Meinerswijk?  I considered it actually for a moment – they were going to do 12KM and then I could run the rest of what I wanted to do (6KM) home – but then I decided I just really needed to do it and do it alone.   So I thanked her and we parted ways and I set off for my run.

And actually, it was a very good run!  I was pleasantly surprised.  I wasn’t aiming for speed, I was aiming for distance.  Goal:  18KM in 2 hours.  I also wasn’t super sure where I was going so I figured at least head out somewhere around 7 or 8KM away and then head back home and do a loop if needed.    Turned out it was nearly 18KM when I arrived back at my starting point.   Really beautiful run, felt good, no issues.  Stopped at 8 to get my bearings, have a gel and some water, then at 12 to have a breather and some water, then at 14 when I got up to the John Frost bridge (2nd bridge of the day) to take another gel and some water.  And the goal? Pretty much met!  18KM in 2:02.  Happy with that!  This gives me a good feeling about Liverpool now!    And remember, this is only the 2nd time since December that I have run more than 10KM in one go (the RoPa Run training was more a relay training and not in one go). 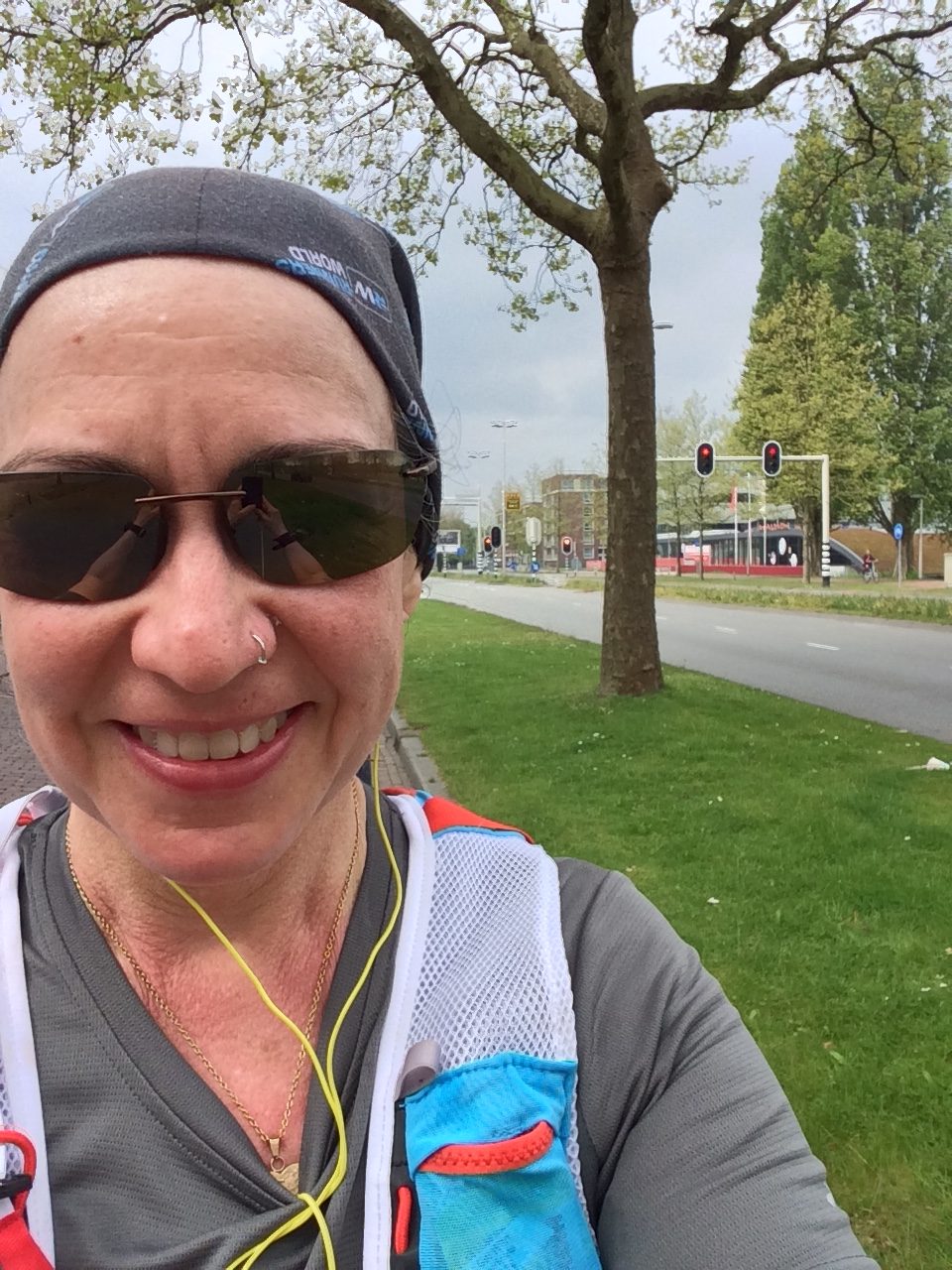 Of course once I arrived home, my knee started bugging me.  It’s always something.  *sigh*

Tonight we are headed to Amsterdam to see Depeche Mode in concert!!  YAY!

Steps:  35,237 (final step count including boogie-ing at the concert)

How was your week?  Can you do the breaststroke?  How do you feel about stairs? Have you ever had a roller coaster week of running?