Right. Instead of trying to catch up on everything I’m just going to round up the month: 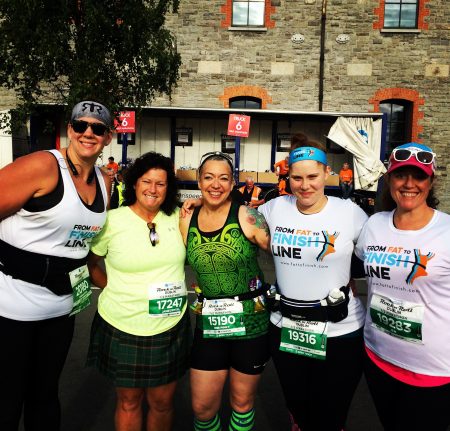 “ran into” some From Fat to Finish Line Athletes! 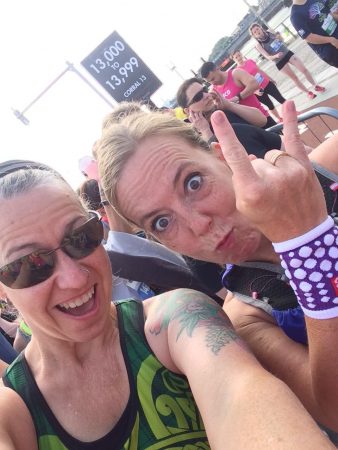 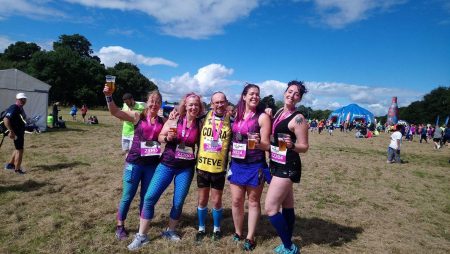 Of course no Rock’n’Roll race is complete without Steve! 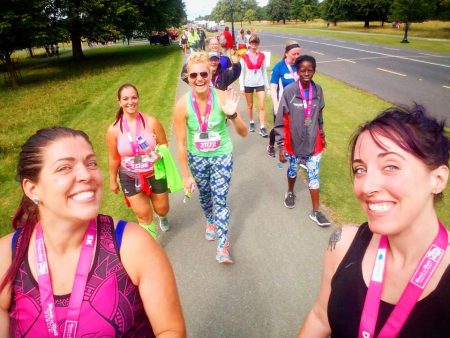 The best memories are made with friends! Kara, Jacqualine, Amy, Amanda and Melinda – all HUGE fans of Rock’n’Roll races.

The only “lowlight” is that while I was running (and running quite well I might add), I fell; tripped over something, unfortunately downhill and pretty much launched myself down the road. Nothing broken, but no beating my PR. Just had to switch to “Finish this thing” mode instead of “2:20 or under” mode.  Maybe I’ll just keep going back until I get a PR? 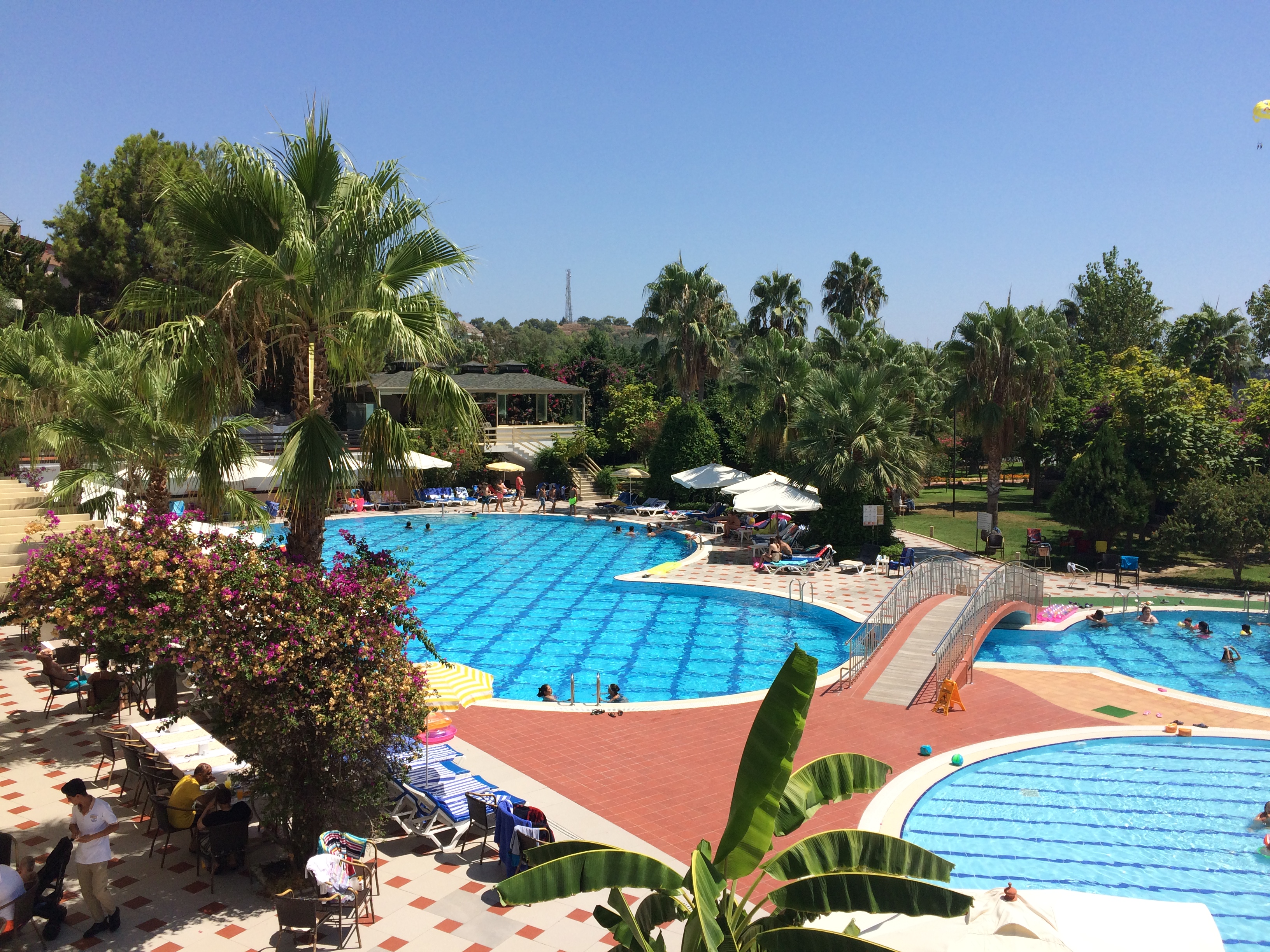 the pool was glorious, especially in the morning when no one was in it 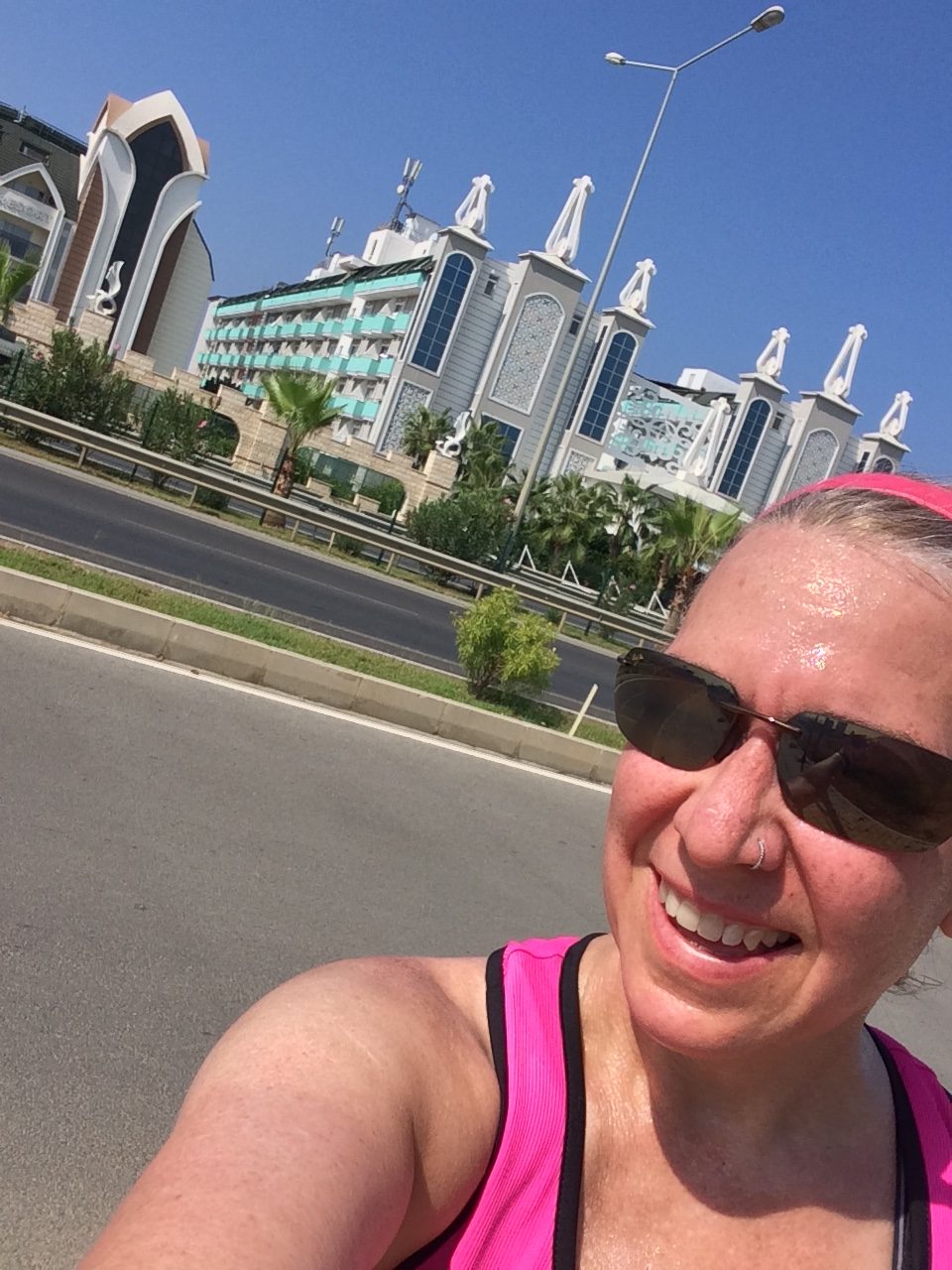 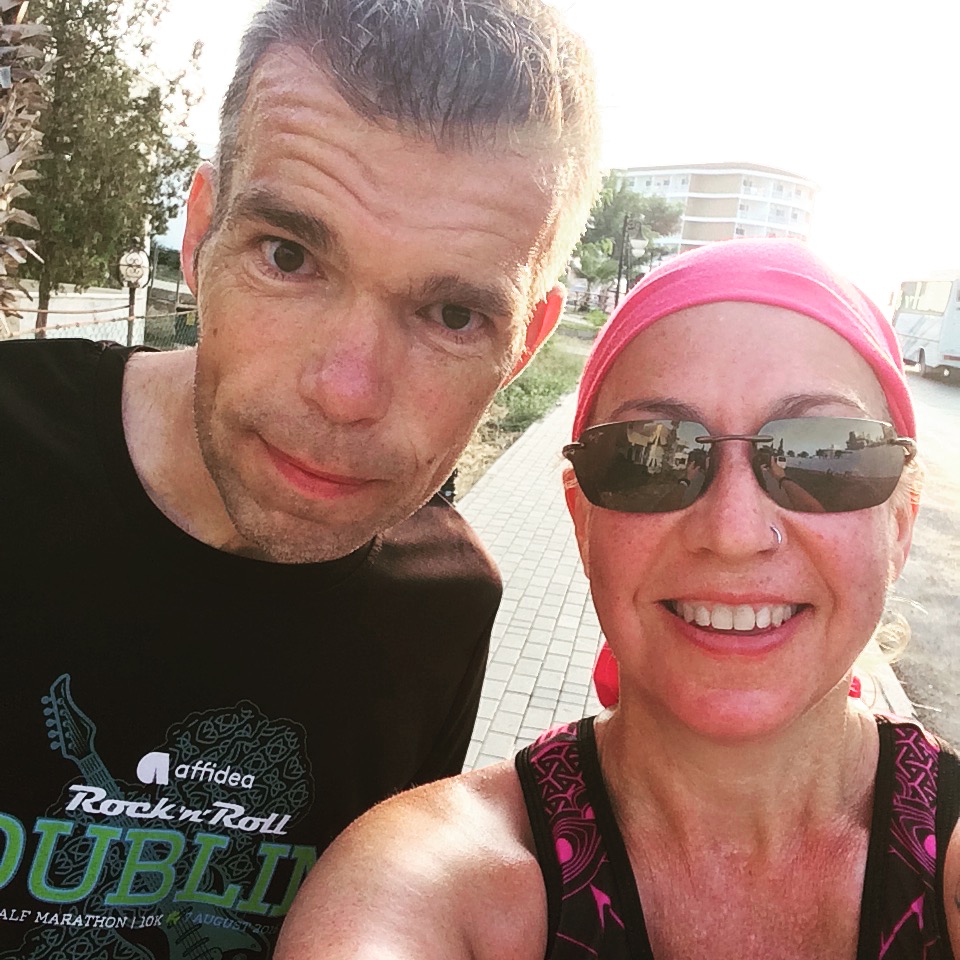 The second time we ran together, we went earlier and it was “easier” 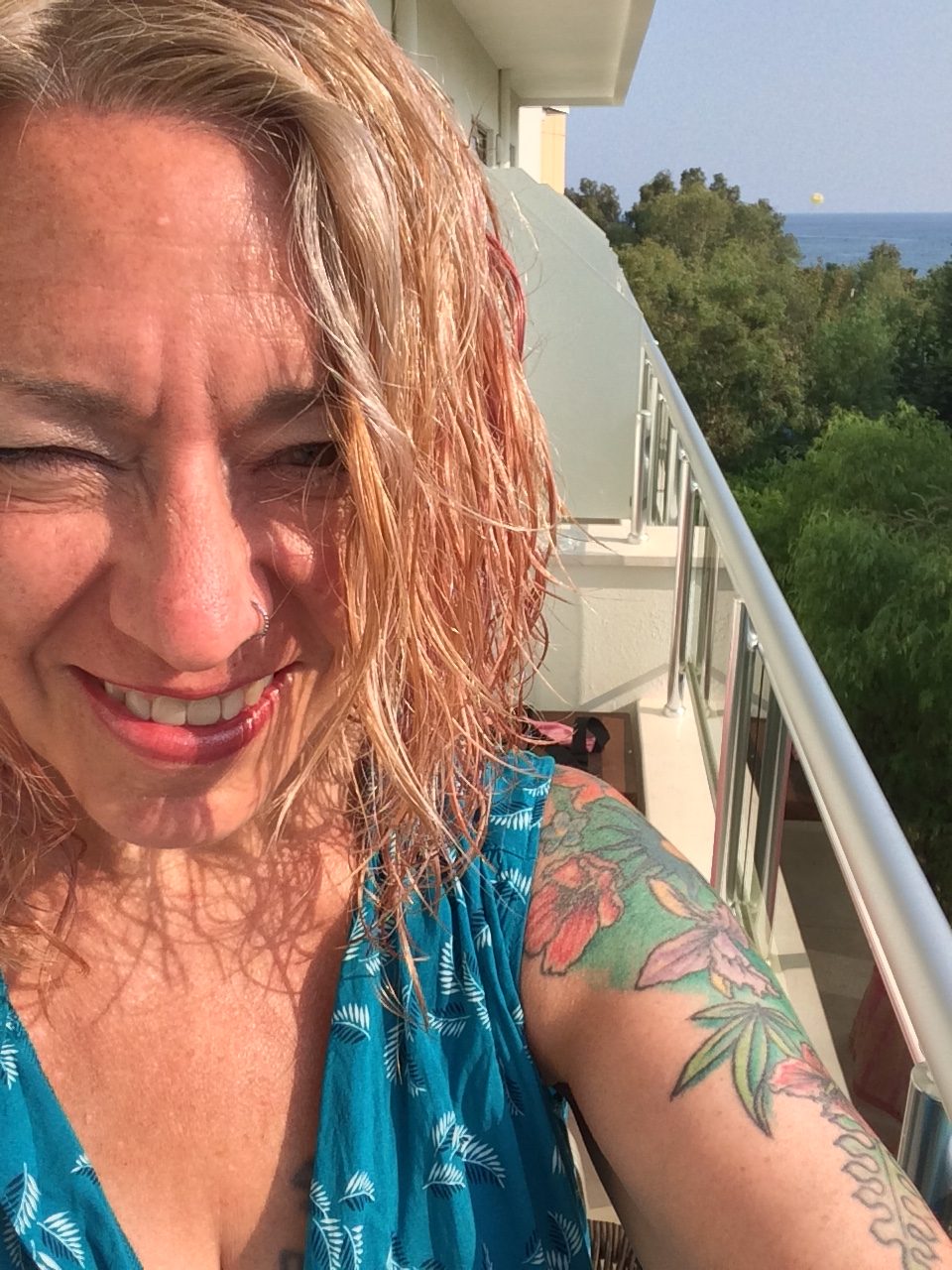 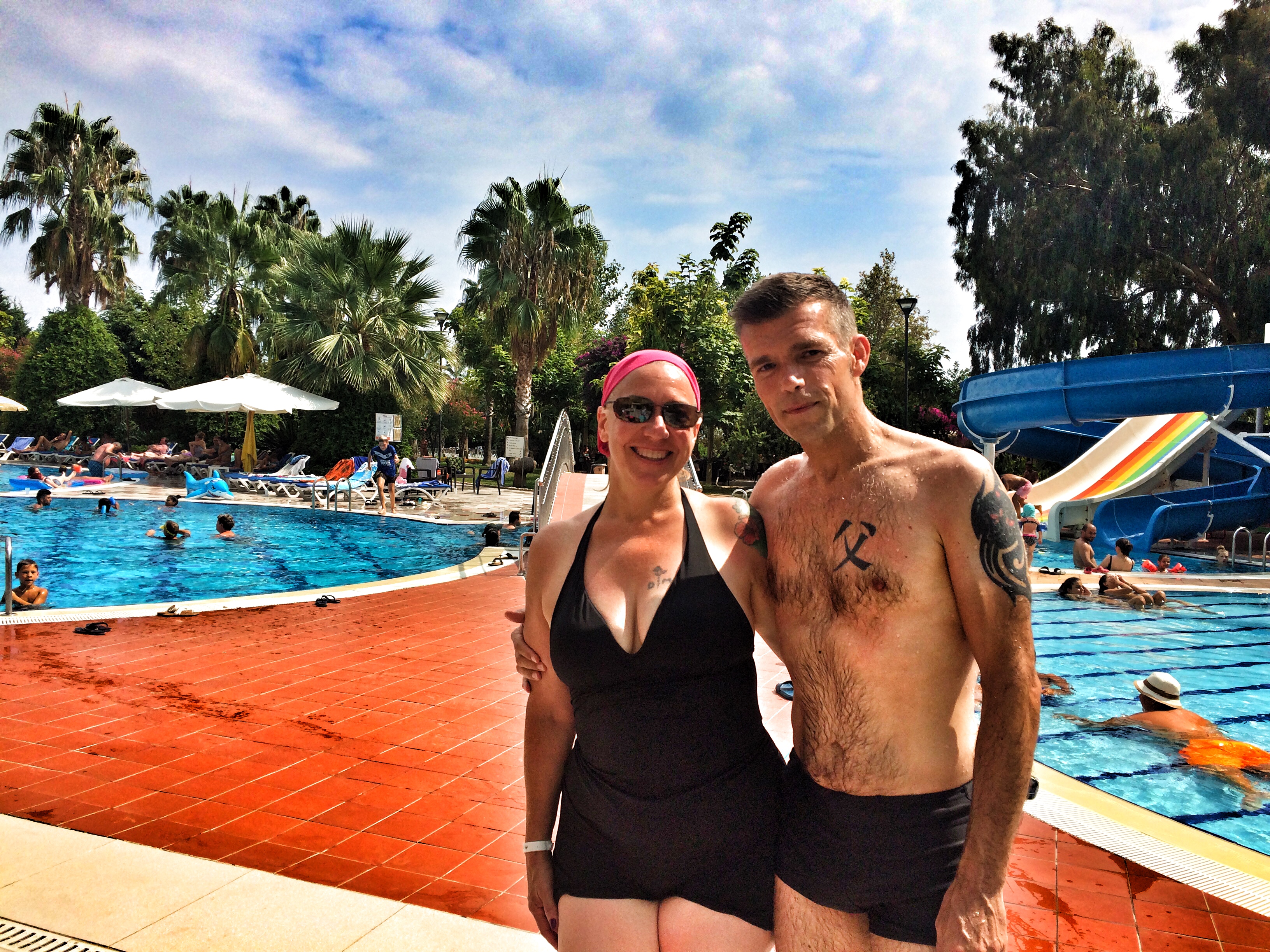 every body is a summer ready body 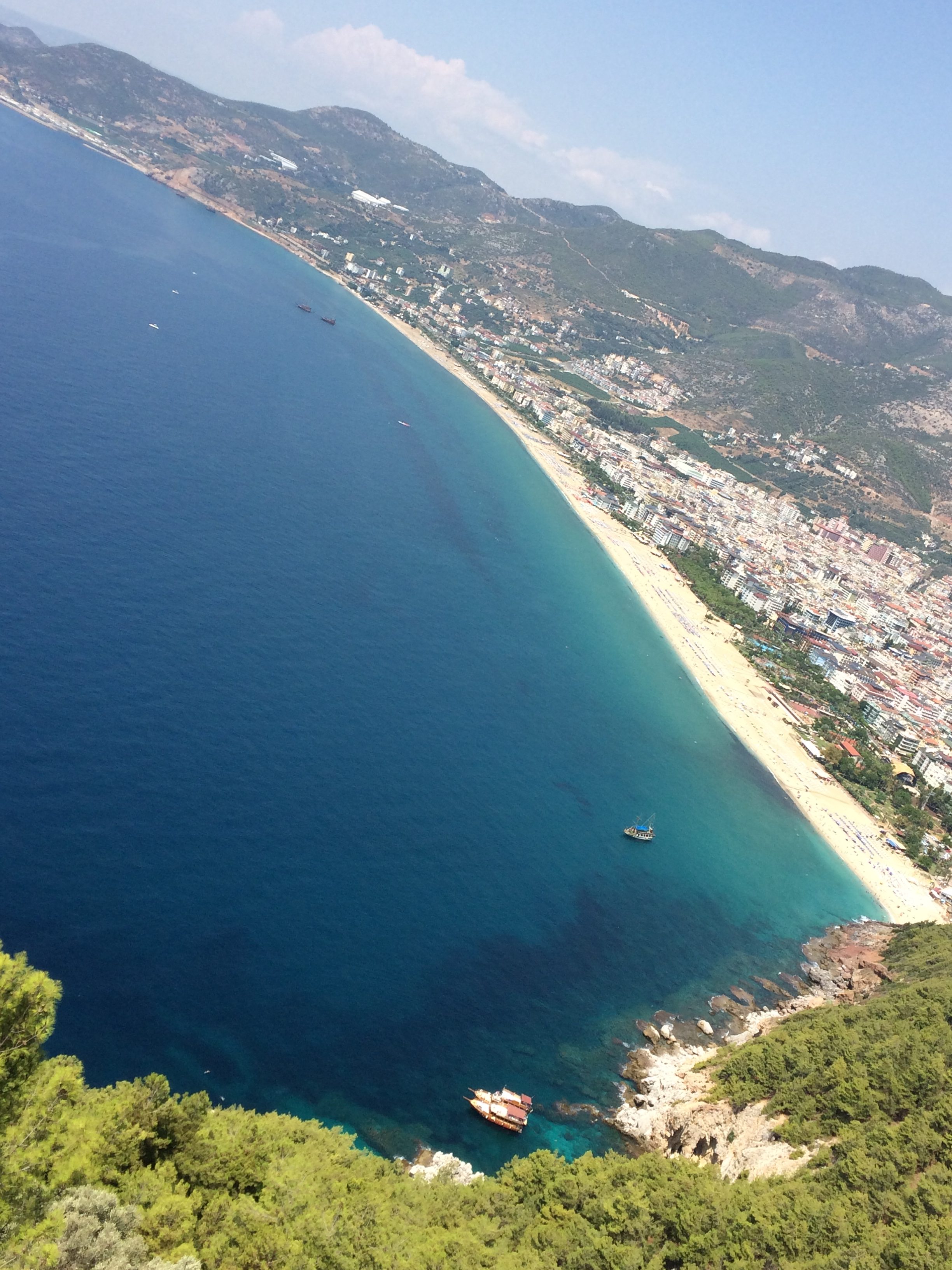 Alanya view from the Castle 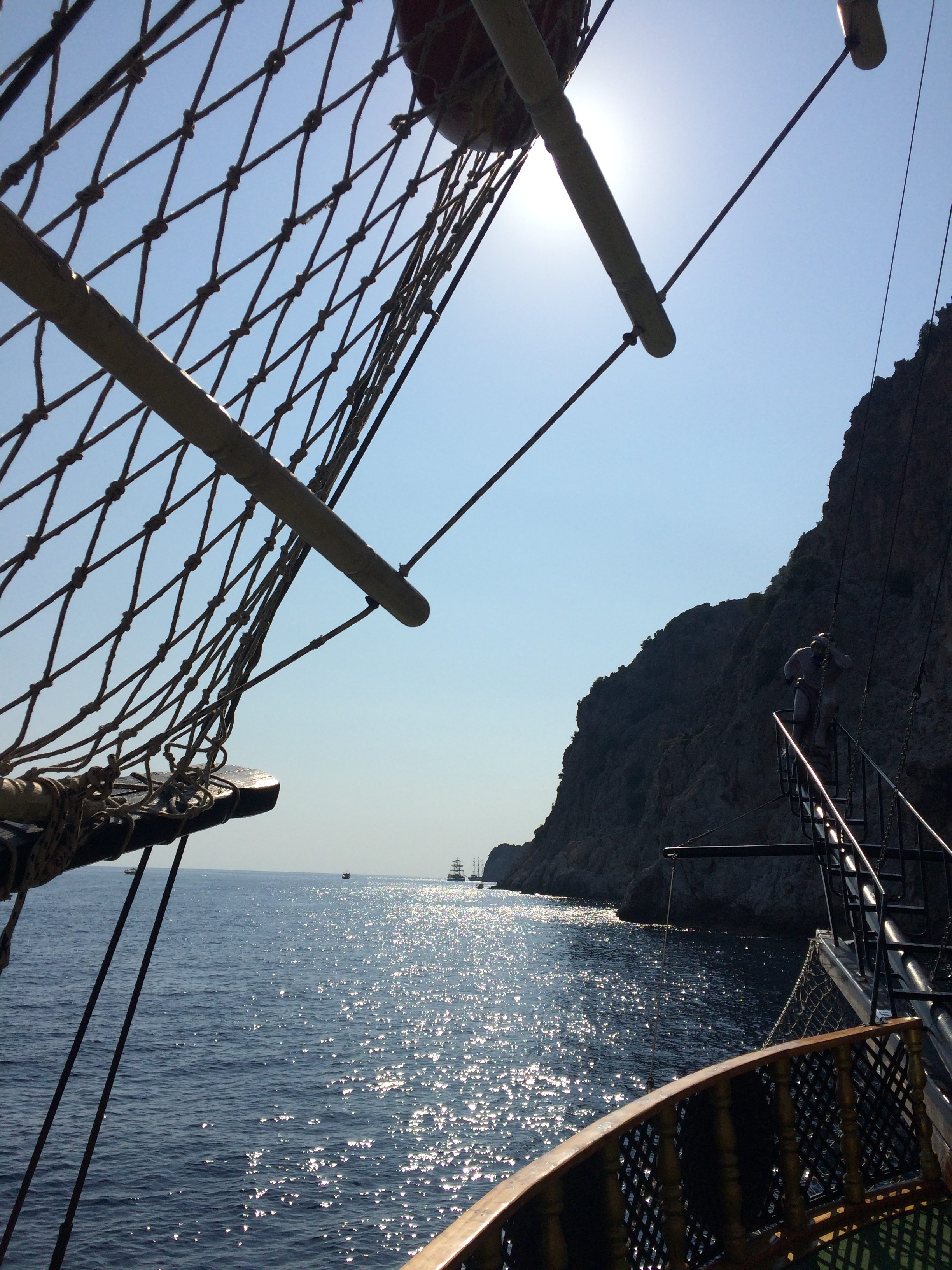 on the pirate boat. unfortunately Jack Sparrow wasn’t available to sail that day. 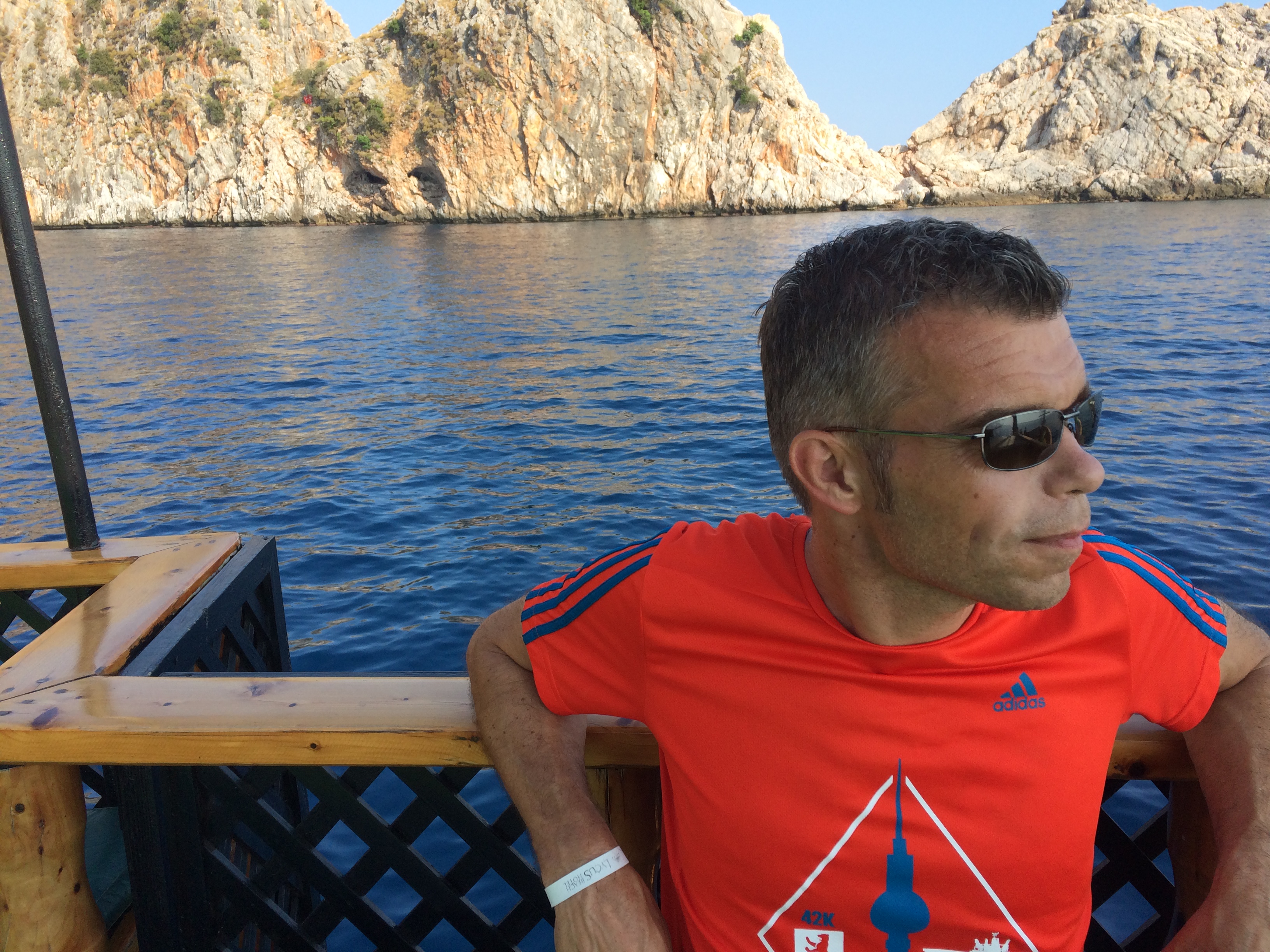 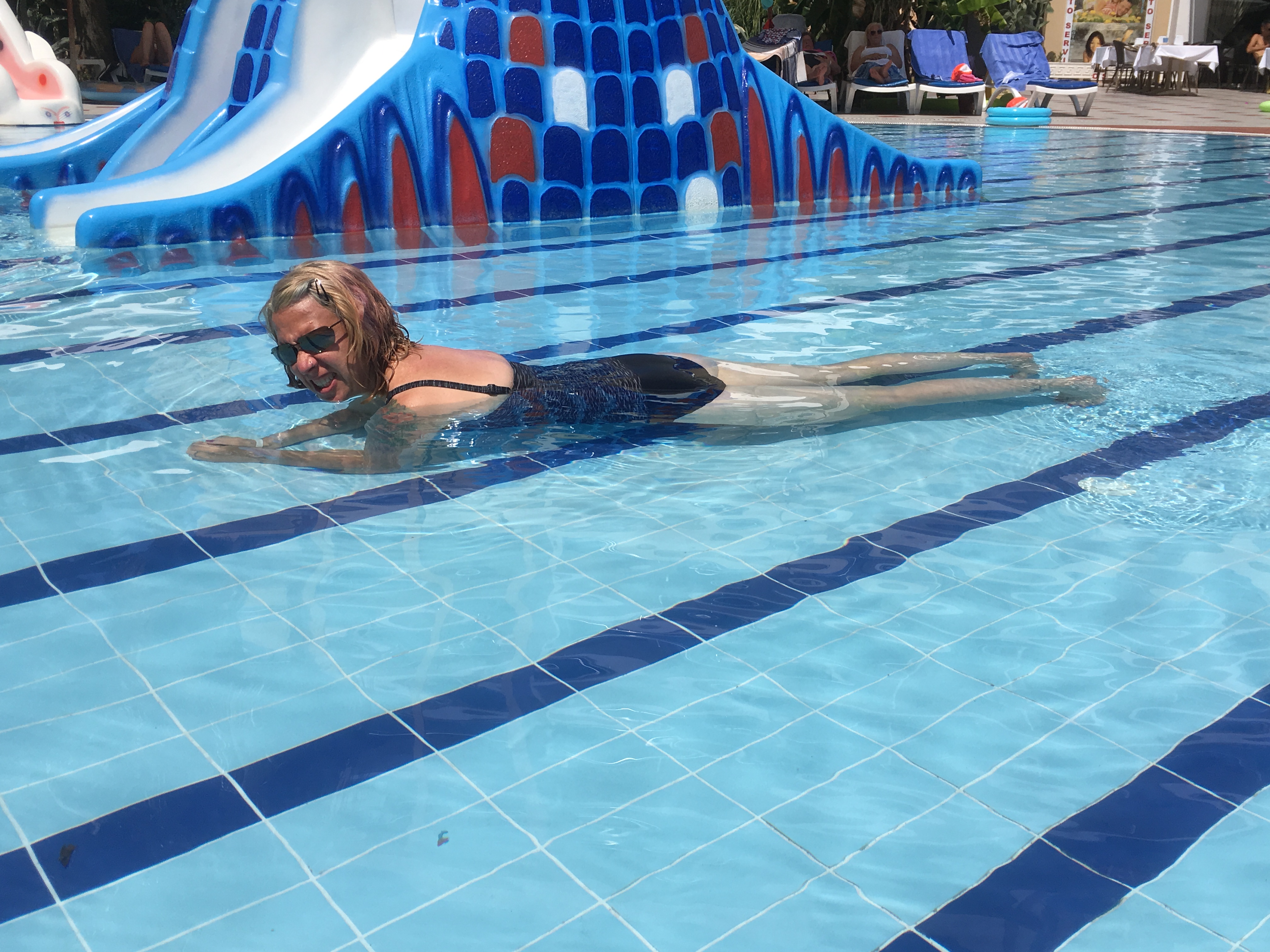 don’t worry I did my planks every day – hahaha! 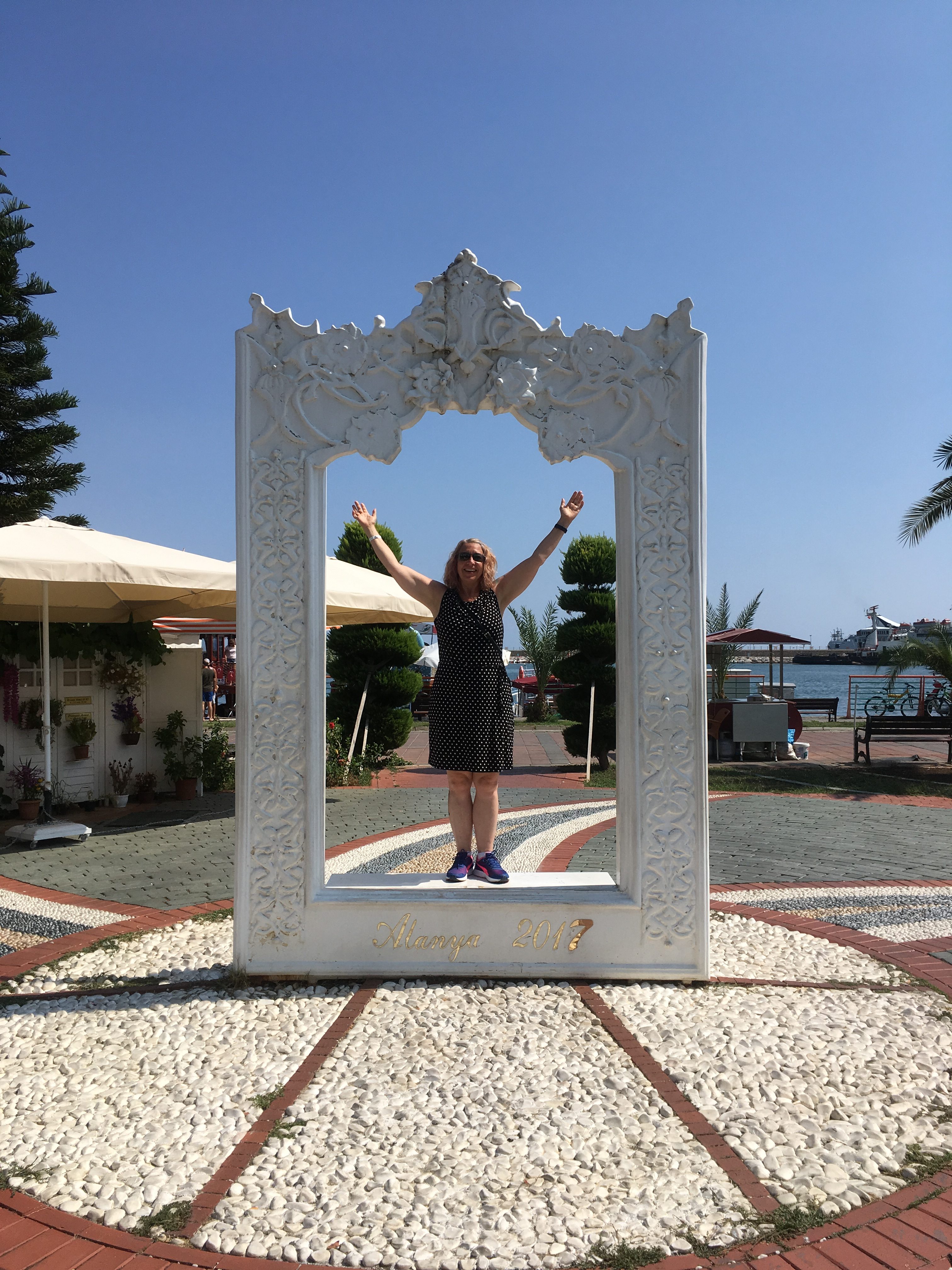 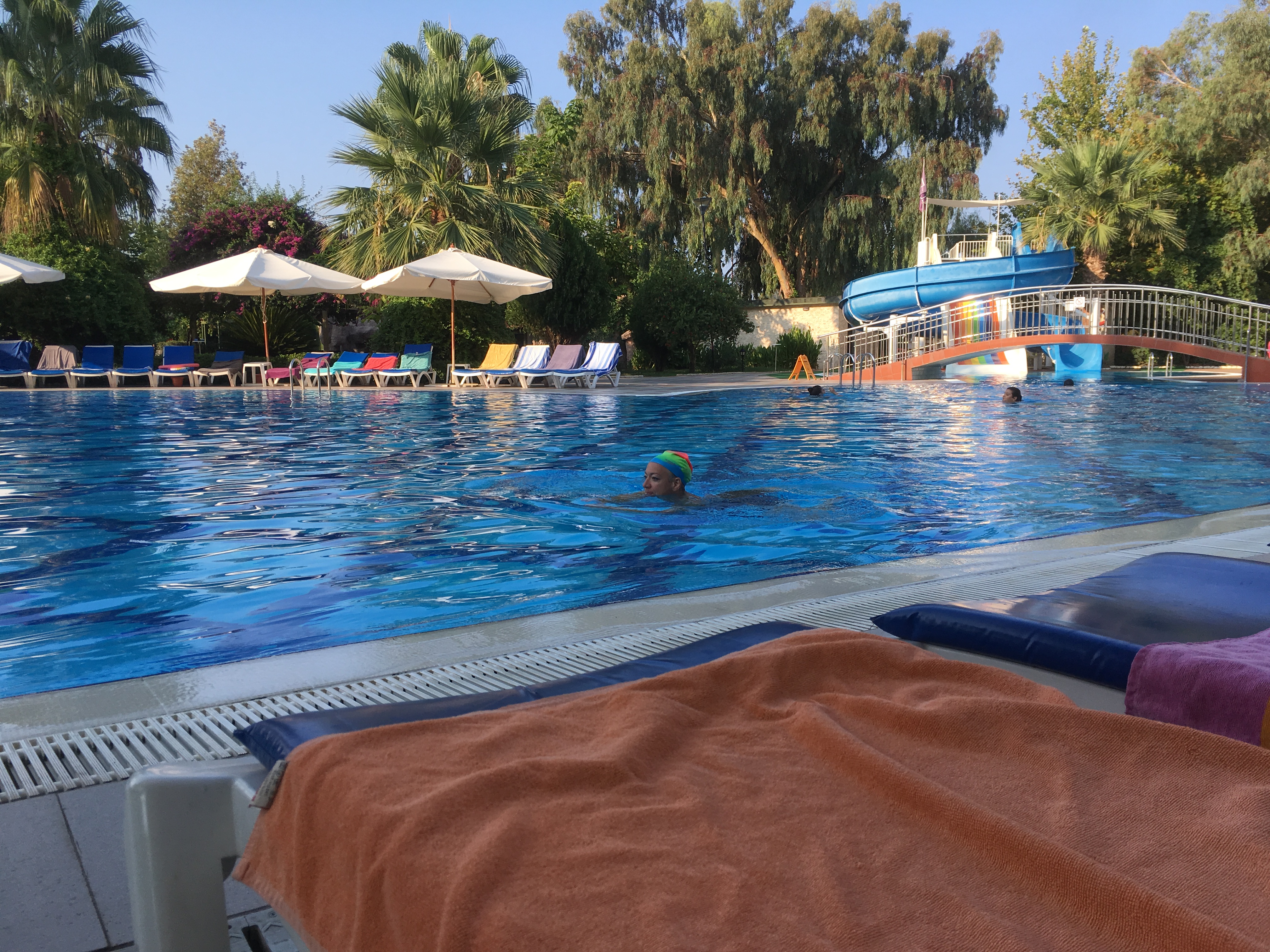 Loved this so much. It was an all-inclusive resort so all meals and drinks included.  Also the beach beds were included and the beach was just 100meters from the hotel pool.  It was hot, it was sunny, it was what I needed.  We went running a few times (well, I did twice, Ron managed more but he’s got Chicago Marathon coming up), I swam a lot and we even both had 3 massages while we were there.  One day we took the local bus to Alanya (challenging, but we managed) and started to walk up to the Castle (because we thought it was closer than it was)  in sweltering heat and a wonderful incline when we discovered that we were still a mile away from it… Ron decided we were fit enough to do it (true, but damn it was hot) and then as I took a breather I saw another bus going up to the castle so I flagged it down (that’s what you do there) and we jumped on!  So glad we went up there – stunning views!    Afterwards we had an amazing meal back in Alanya (we took a taxi down! Ha!) and then walked along the harbor and ended up doing  a little 1-hour boat tour as well.

Unfortunately the 8 days were over before we knew it and we were on our way back to not-super-sunny Netherlands.

Well, not so bad, but you know…

My birthday
Ron’s marathon in Munster
Susanne Sundfor Concert in Cologne
Half Marathon in Cologne (while we are already in town, why not?)

Time to move on now!  I am putting positivity out to the universe for an emotionally better September!

How was your month? Did you take a vacation?  Do you gain weight when you go on holiday?  Do you remain active?