(The Recent)Past, Present and (Not so distant) Future In October, we went to Chicago.  What can I say?  It was fabulous! 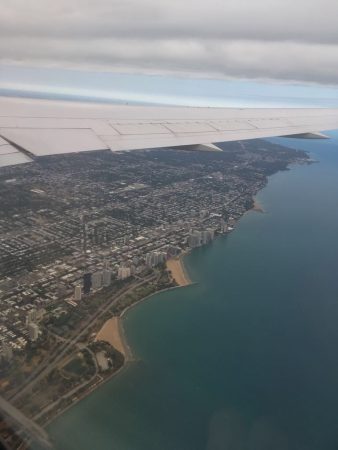 I ran the Chicago marathon international 5K – and YAY before the race I got to meet KIM!! 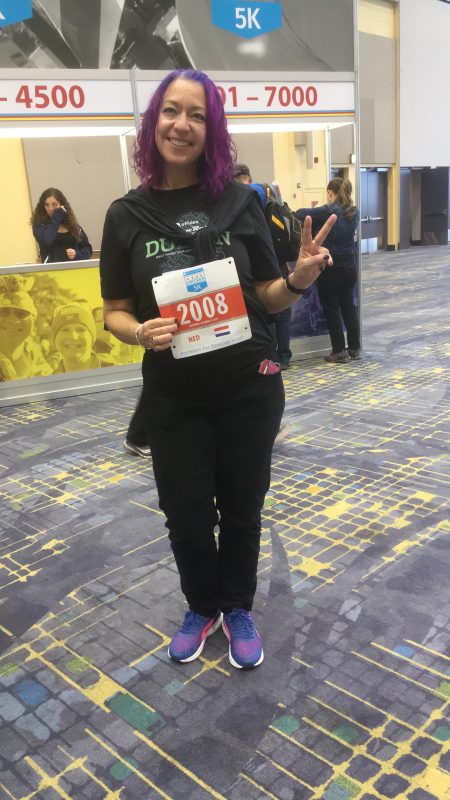 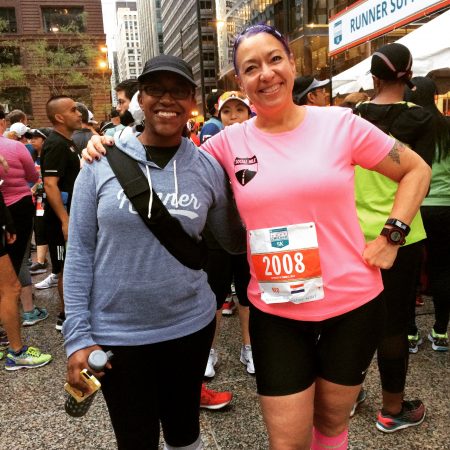 YAY! Kim found me before the start of the International 5K!

But the star of the show was obviously my husband who ran the marathon. 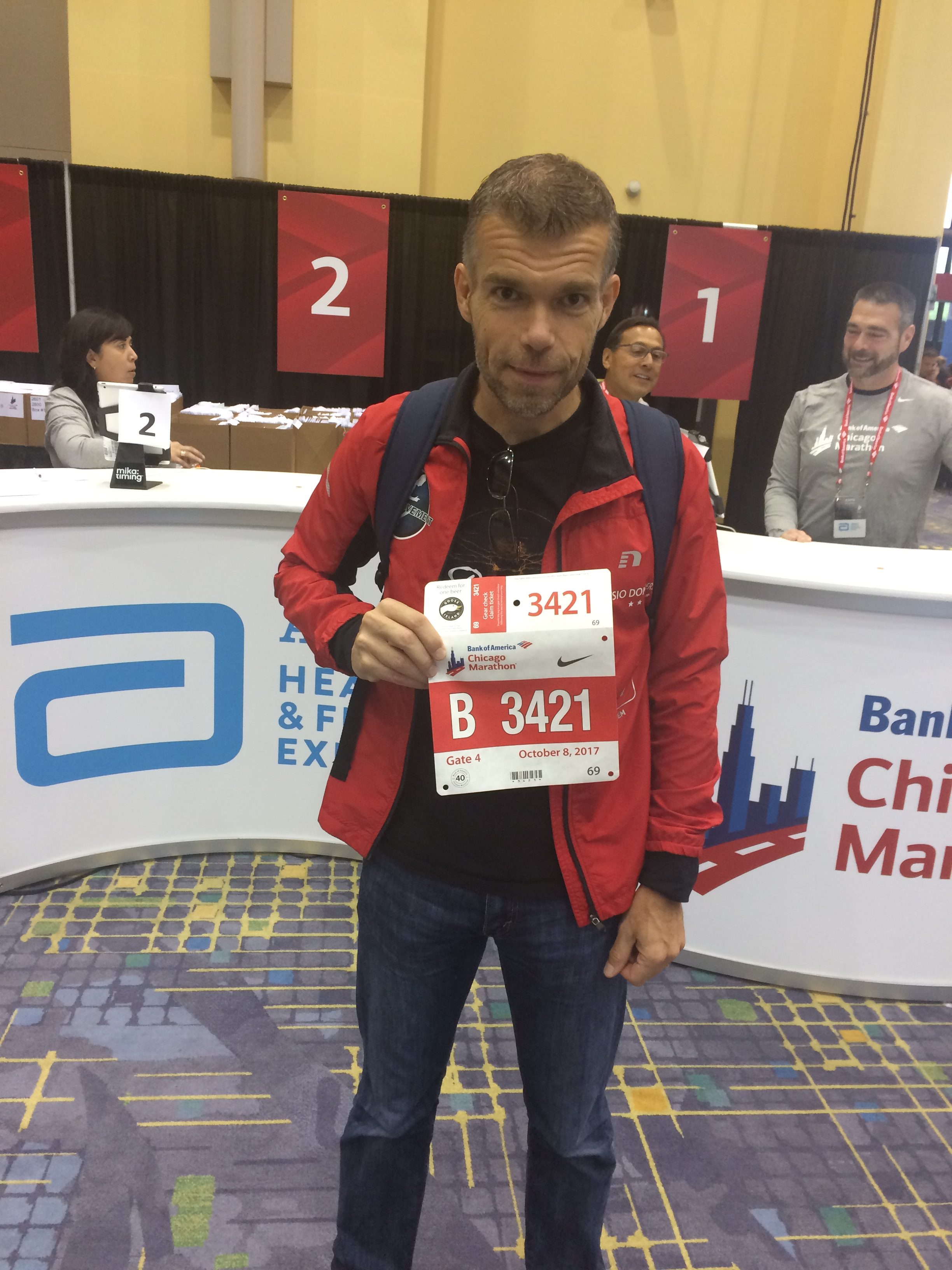 Not only was it about Ron, it was about friends – old and new.  AND my dad and stepmom came to support Ron in the marathon (and see us both, obviously) 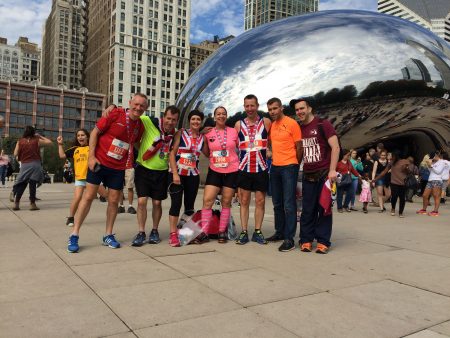 with Running The World Friends at the Bean! 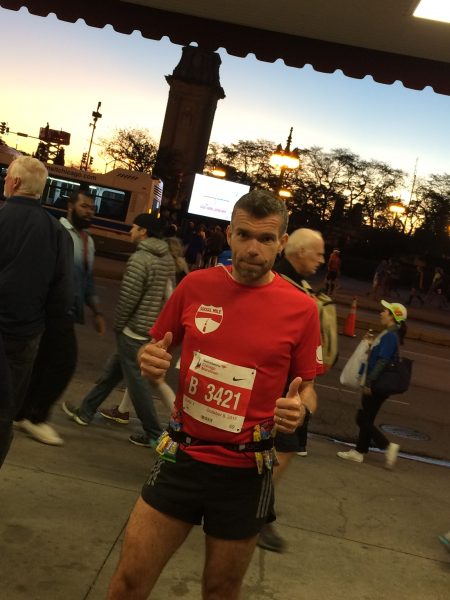 Ready as he’ll ever be! 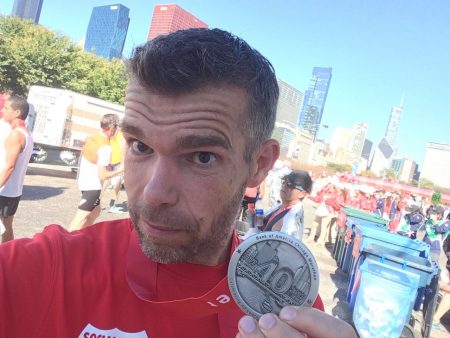 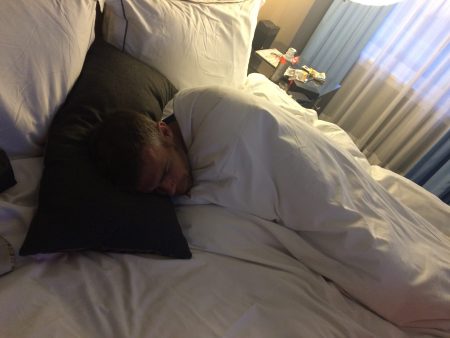 I surprised him with a chic hotel after the marathon. So… nice soak in the bath and a little nap will do nicely! 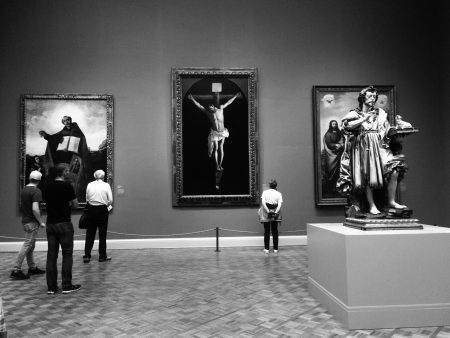 Making my own art at the Art Institute 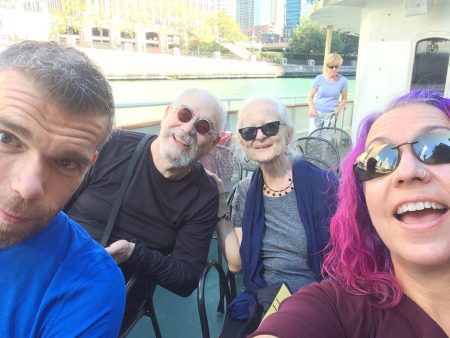 With the ‘rents on the Boat 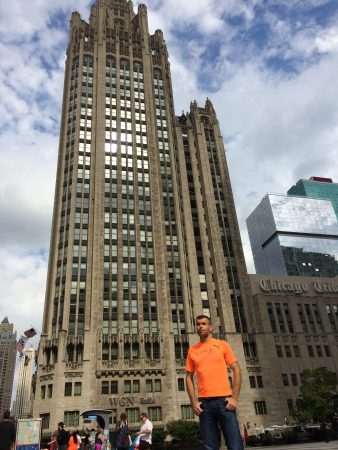 I have to say I felt kind of sad going back to the Netherlands – especially since Ron even said he could live in a place like Chicago (yes, we both know life is not like vacation).  But it only took a few days to get back into the swing of things again and we are back to the reality of Trump’s America (where neither of us want to be) – not to be political on the blog but has to be said.

Before I went to Chicago I started going to spinning class at the gym, so when I got back I picked that up again.  I am totally HOOKED!  I can’t believe I never dared to go before.  So this is a good sign for me to start doing things more that I’m afraid of.  Last week I even arranged to have the clips put on my biking shoes so I could “clip” into the spin bike to get even more benefits from the class.  #whoisthisperson 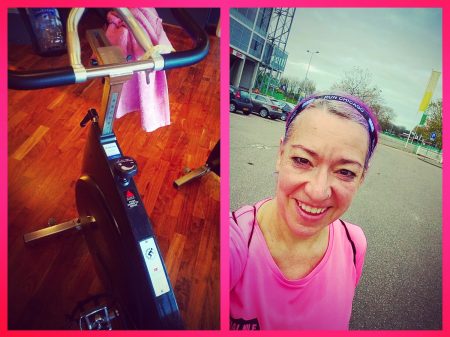 I also discussed with my friend Vincent, who is also a running trainer, how to best approach next year’s running goals.  I am signed up already for Liverpool Rock’n’Roll Half Marathon, but that’s only in May, so I’ve also signed up for the Stevensloop (in Nijmegen) in March.  It’s good to have goals, right?   Anyway, he suggested I already start getting going with training on certain days to get in the flow.  So we have a schedule:

So far it’s not been exactly the above, but more effort has definitely been made to get in a groove.

At the beginning of this month of November I went to Dublin;  my dad and stepmom were there for a week and I wanted to take the chance to see them again (3rd time this year!).  I wanted so much to do parkrun in Dublin and I got myself up and out the door and even tried to order a taxi but it was just not working out!  I was too late, I had transport issues and the taxis I ordered cancelled on me!  However, I was not going to NOT run.  Oh no.

The weather was fabulous in Dublin – my stepmom wanted my dad to go there in November because of the supposed dreary weather (they are considering relocating there and she’s originally from Dublin) – but there was no dreariness to be found.  I not only ran on Saturday #myownparkrun but I also ran on Monday morning.  If you know or remember anything about me, hopefully it’s that I love to run when I’m in other places and countries! 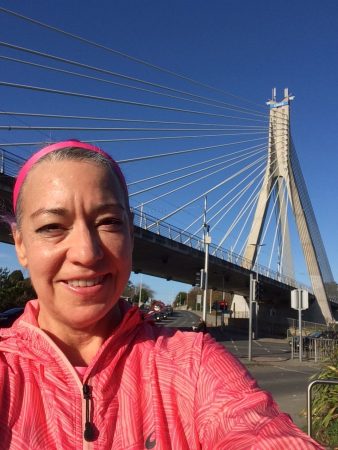 Near the LUAS in Dundrum 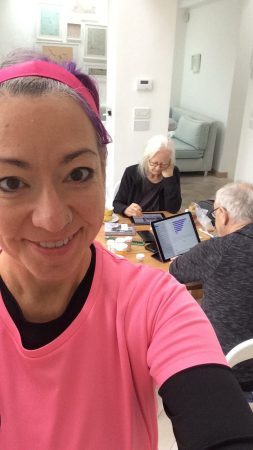 At the airbnb while the ‘rents are doing their morning routine 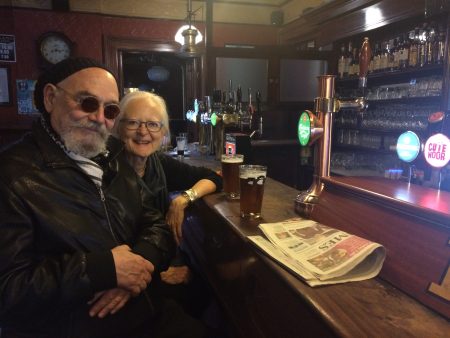 of course we had to go to the pub as well!

Now that I’m home, it’s back to work again and trying to get into that flow that I mentioned above.  One nice thing that’s happened – Ron’s joined my gym so now we can sometimes go together!  YAY!

I’ve got a friend coming at the end of the month – well… she’s flying in to Brussels and I am going down there to meet up with her.  Then we are going to do what only two crazy people on a mission can do – we are going from Brussels to London by train the next day, spending 12 hours there, then taking a train the same day to Paris, spending the night there and the next day and then getting on a train again to go back to Brussels.  Because, YOLO.  (is it uncool to say YOLO these days?  Am I showing my age?).  I’m super excited because she’s not only one of my favorite people, I also love to experience travel through someone else!   If you can imagine, I am so close to these cities I can literally go whenever I want and sometimes the novelty wears off.  But when you see it through someone who is so excited and experiencing these places for the first time, it’s just really special and gives such a wonderful fresh perspective!   I am fairly certain you will hear more about our trip when it’s happening and hey, maybe you even know her as well!

And as I mentioned the Stevensloop in Nijmegen in February

Weight Loss:  Welcome to my life, the broken record.  How many times have I said that I am finally going to reach my goal weight?  About 1,792?  Give or take a few.  Thing is, when I started this blog, I was trying to get back to my goal weight.  I feel like such a jerk sometimes.  It would seem I cannot commit to this for whatever reason.  I have done short-term commitment but I never seem to see it through all the way.  I think part of my issue is 1) I get sick of always having to be “on plan” and 2) I am an emotional eater – I tend to say “f*ck it”  most when I’ve had a bad day, or I don’t feel emotionally well.  And to be honest, the past year I haven’t felt that great about myself, regardless of what great things have happened to me.  There is quite a lot of turmoil inside and while I’m fighting it, it does leave me kind of drained at times.

However, I want to run another marathon again (which is why I signed up for the lottery of Berlin) and being now back to almost 80KG I’m not doing myself any huge favours by not being serious about losing weight.  I am taking Lyrica now for my foot and my restless legs and one side effect can be weight gain, but I’ll be damned if I’m not going to do everything in my power to not blame this on medication!  Anyway, watch this space!

And speaking of the foot, sometimes it seems rather bleak, but I also don’t want to get so down about what is going on.  For one, I have the arthritic big toe which causes quite some pain but at this moment in time, not much I can do about it, and tor two I may or may not have another neuroma which is why I have the annoying nerve pain.  This month I’ve been to the ortho again and I’ll go and have an ultrasound on the foot end of the month and hopefully in December we’ll know more.

Hopefully this hasn’t been too much to have to read through (and if you’ve read it, thank you – I feel like blogging is dying a slow death and honestly find it difficult to blog regularly without the added motivation of knowing others are reading and commenting and perhaps going through similar things – it’s a really lonely place sometimes but I find it hard to give up after so many years!)

Here’s to the Now and the Not So Distant Future!