Can you guys just believe it?  this year is OVER.  And what a year it was!

It was a throwback kind of year as far as concerts goes.  We used to go to gigs all the time!  In fact we used to travel to see bands.  Now we travel to run.  I’m so glad I was able to see more shows this year.  And I love that I made new friends and spent time with old friends and Ron seeing bands I like!

This year I went to 11 gigs and saw 10 headliners:

Most gigs were in the Netherlands but at various venues in Amsterdam, Utrecht, and Tilburg. Seeing Depeche Mode in Rome was amazing since it was at the football stadium – I absolutely LOVE seeing them in venues like this, even though it’s huge and there are so many people. The energy is just incredible. It’s hard to decide what my favorite gig was this year but I know what my least favorite was… Marilyn Manson. This show was just a disappointment on many levels. I waited a long time to see MM and expected something, I don’t know, different. 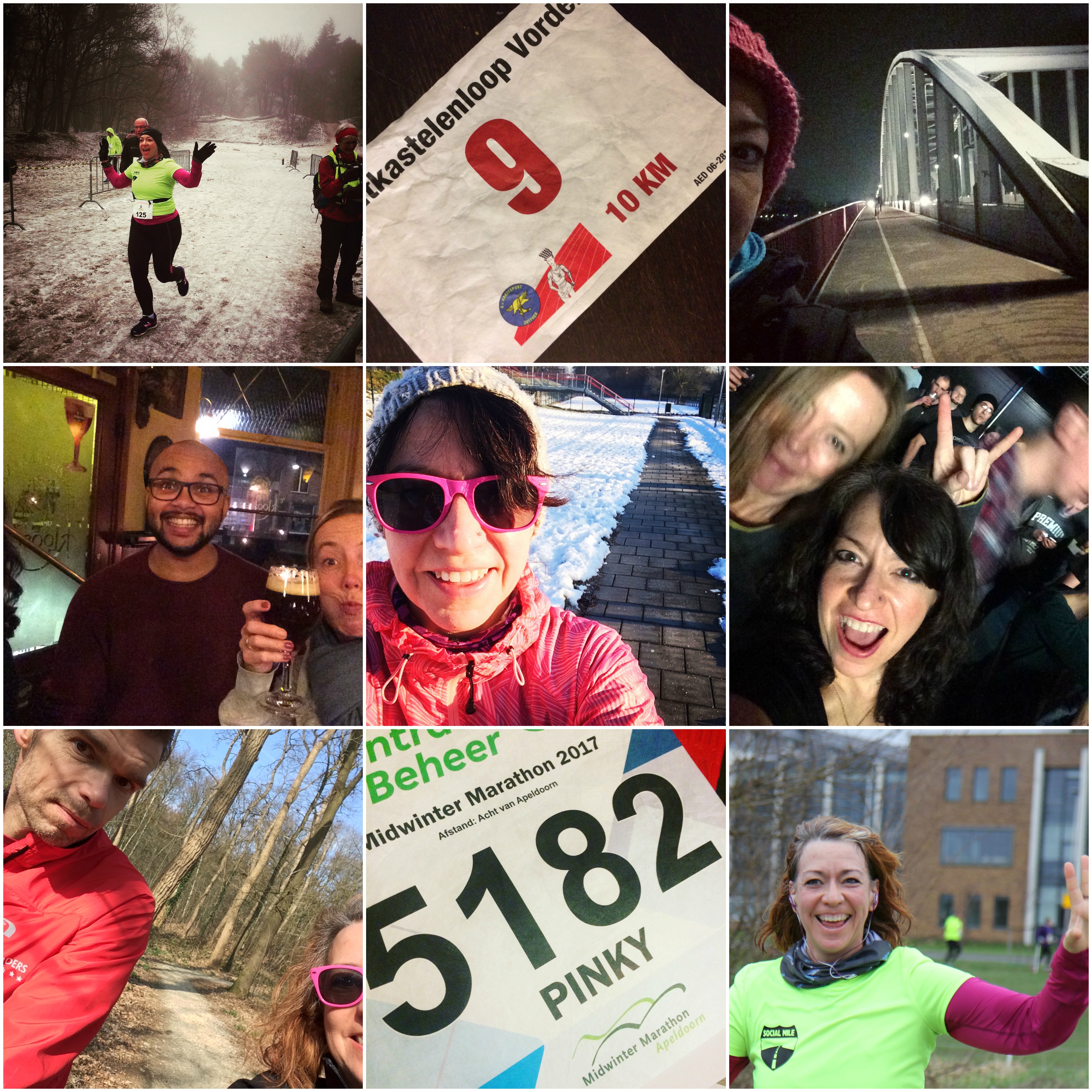 I had a great year traveling this year.  I always have a blast with Ron when we go somewhere.  I love going to Liverpool to participate in Rock n Roll weekend – this is a great opportunity to also see friends I’ve met over the years.   Rome was a great time because we not only saw our favourite band, we also played a bit of tourist and got to see an ex-colleague of mine and meet his girlfriend (finally!).  After a few years of not having summer holiday, we did another first – spent a week at an all-inclusive resort.  Dublin was again for Rock n Roll weekend but also to see my parents while they were in town.  Our trips to Germany are easy enough to do since we live near the border, and obviously Münster sticks out the most as Ron qualified for Boston there!  Chicago was amazing – seeing old friends, seeing running friends and supporting the Man running the marathon (and my parents!).  And my most recent trip was with Nellie –  crazy, fun, amazing, challenging… LOVED seeing her and going on this whirlwind adventure (Brussels, London, Paris).

We are going to Boston next year and I’ve devised a new budget plan for traveling so that we can possibly do a 2nd trip to the US in the 2nd half of the year.  I do not know if 2018 will have as much travel, but we shall see.  I am becoming somewhat of an expert finding good deals for flights and accommodation in any case. 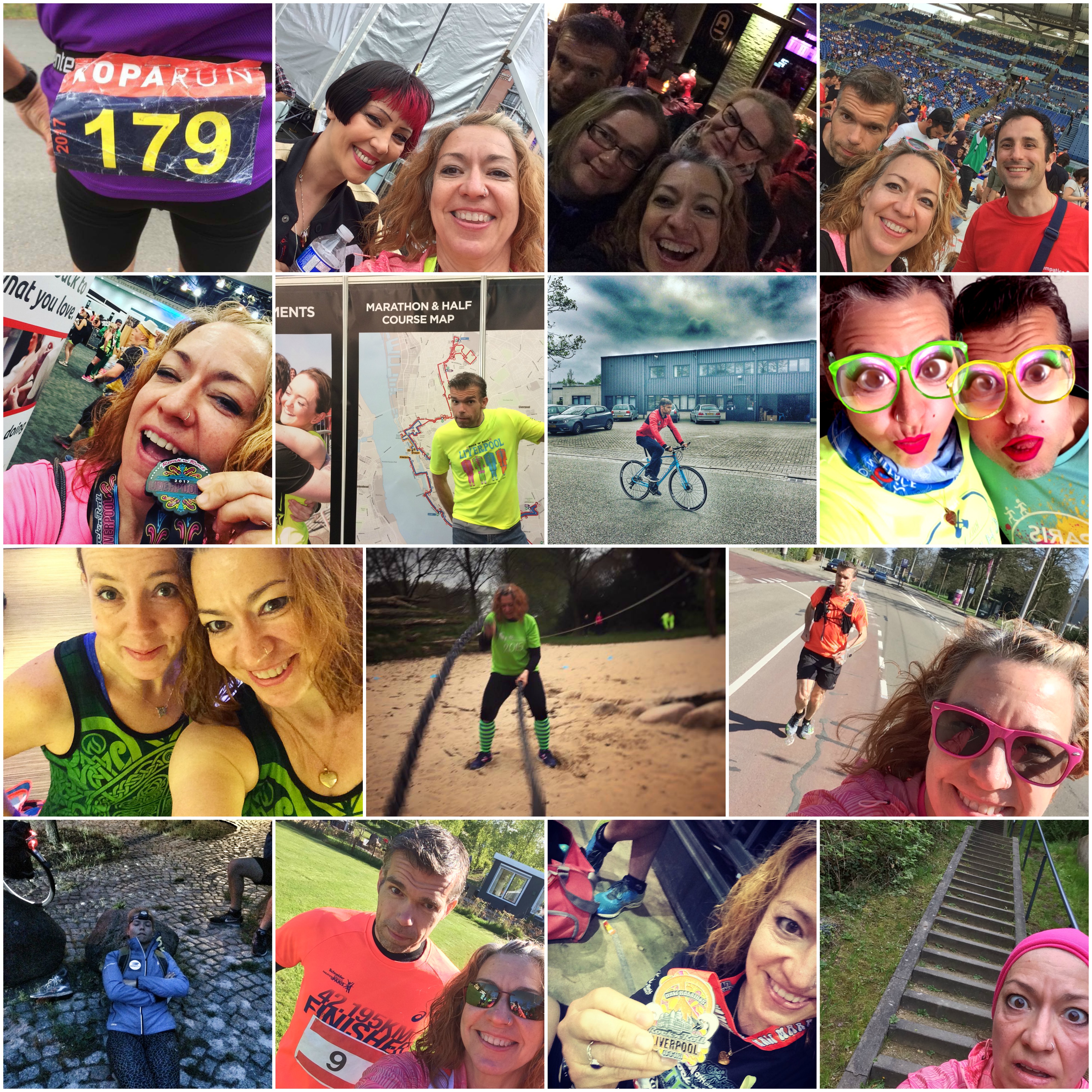 This year was way less about running.  Which is odd, since I basically define myself with “running”.  I have realised that I don’t have to do that anymore.  I can define myself as a runner, a fitness enthusiast, and a sports massage practitioner.  I really needed the time off from running so many races (and much longer distances than a half marathon)  so that I could let my body heal from overtraining, too many kilometers and a foot operation that I never fully let heal before pounding the pavement training for yet another marathon.

I had a goal of 1,100KM (not sure where that even came from) and as of the time of this post I have achieved 892 KM.  Which, in my opinion is not shabby at all considering I feel like I haven’t run at all the last several weeks (not true, just feels that way).

I don’t want to forget to mention the RopaRun (which started in Germany) which was an incredible experience for me.  Not only was it physically challenging (and I was just doing sport massage, not even running), it was mentally and emotionally challenging.  It was not only memorable, it was also humbling.  A lot of tears were shed at the finish line, crossing with my entire team in the name of all of those we have lost to cancer.  While I’m not sure I would do it again, I certainly don’t regret a single moment of the experience.

I got a new bike this year, something I hadn’t really planned on.  Every year I say I’m going to get a new bike and I don’t, since I’d had my trusty Giant Trooper since 1996!  But… Ron also started biking as a way to cross train and HE started looking at bikes, which means I started looking at bikes and here we are!   I was tracking my commute km’s just to see how much I bike in total per month but I just lost interest in my little 4.4KM per day after around June haha!   I did a lot of longer bike rides with Ron to support him with Chicago marathon training.  And I biked more to my appointments around town (which I had more of since I seemed to have about 10 different physios, trainers, etc.  I also bike approximately 8KM extra each Tuesday for sports massage and 10KM in total on Fridays for the same.

According to Strava I did 1,280KM biking this year but that’s not an accurate number.  Maybe I’ll track it better next year.  I was not joking when I say I bike everywhere.  I pretty much never use the car and only use public transport around town when really desperate (or going out on the town) 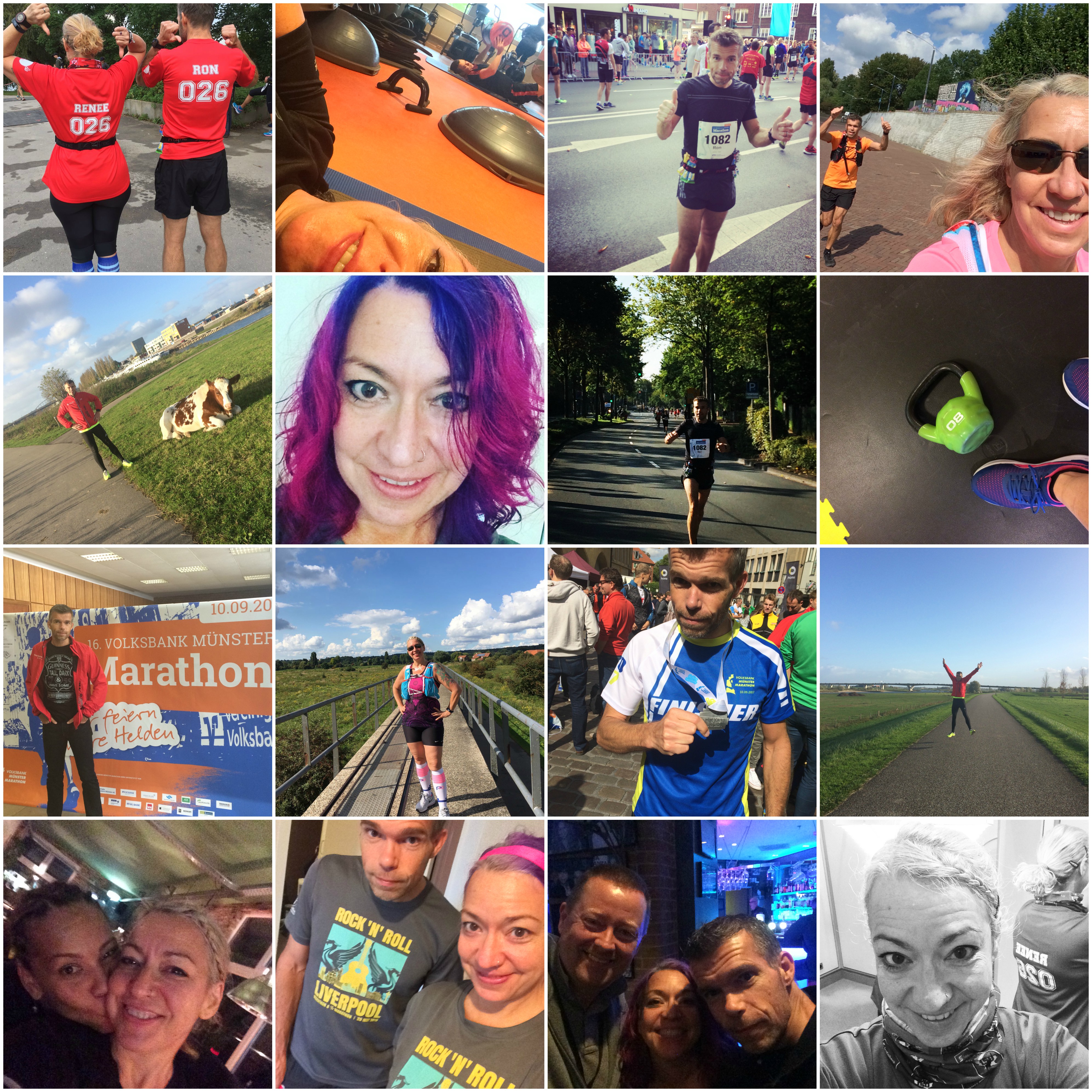 a change of hair, but the scenery is similar

Yeah, swimming was a dud.  I really tried but the anxiety got the best of me.  I would still love to go swimming once a week but I’m not going to pressure myself to do that again just yet. 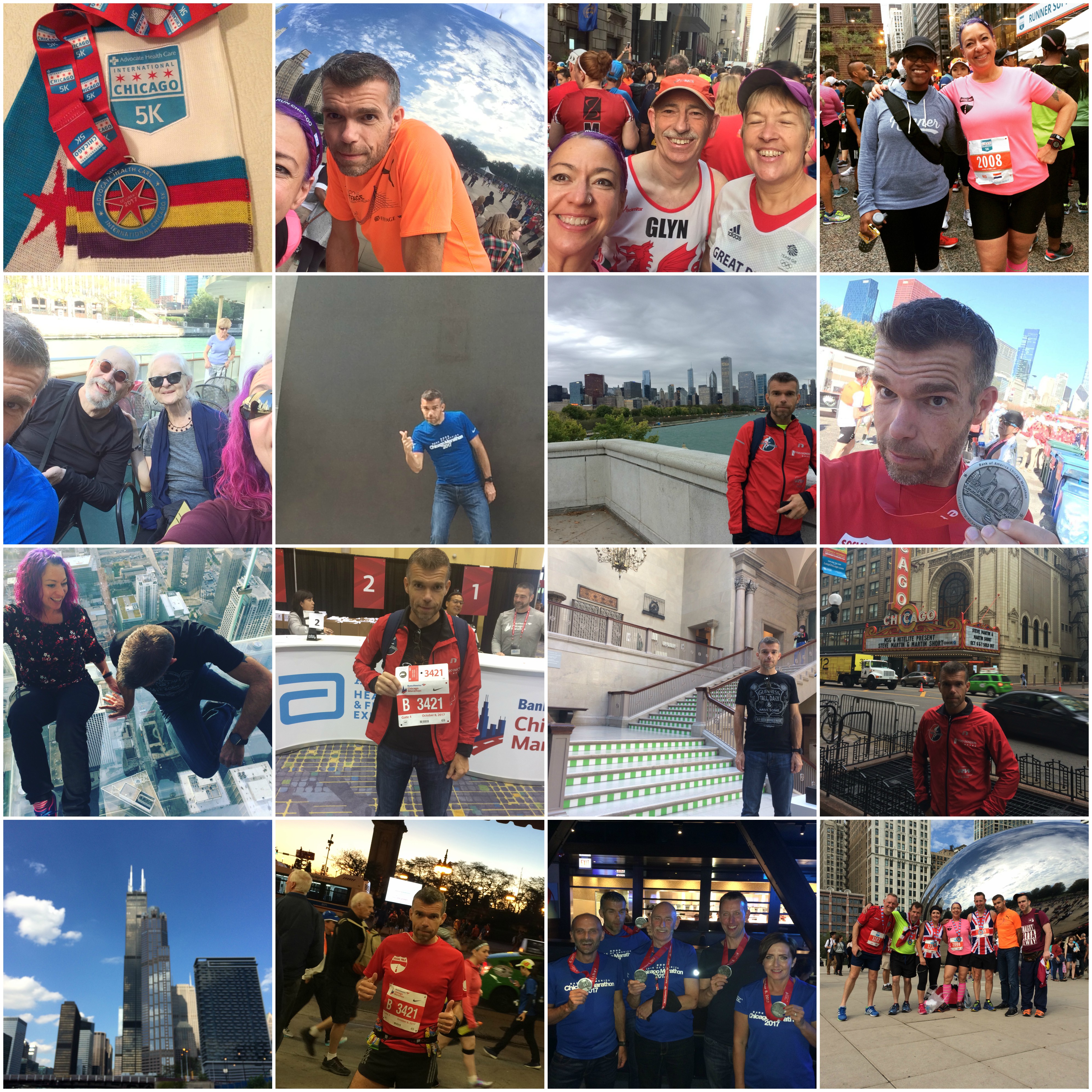 So, for not running a lot I still did 14 races this year.  I can truly say it was a weird year for it too –  I did do a lot of training, especially in the beginning of the year and yet my times did not improve at all and in fact I seem to have gotten “worse”.   I use ” ” because I don’t personally see it as negative but I know the world of comparison and sometimes it does get to me.    I trained quite a bit for Dublin, for example, but I fell pretty hard around 8KM of the Half Marathon and that sort of wrecked the rest of the race for me.  While not my best time ever, I had a surprising half marathon in September, where I not only ran the whole thing (I tend to take walk breaks because of various body complaints) but I ran the whole thing in new shoes.  That was my best Half this year.   I did 3 5K’s, my best was in Dublin.   I did 3 10K’s this year and my best was at the Stevensloop.  I did 3 15K’s and my best was at the Montferland Run. 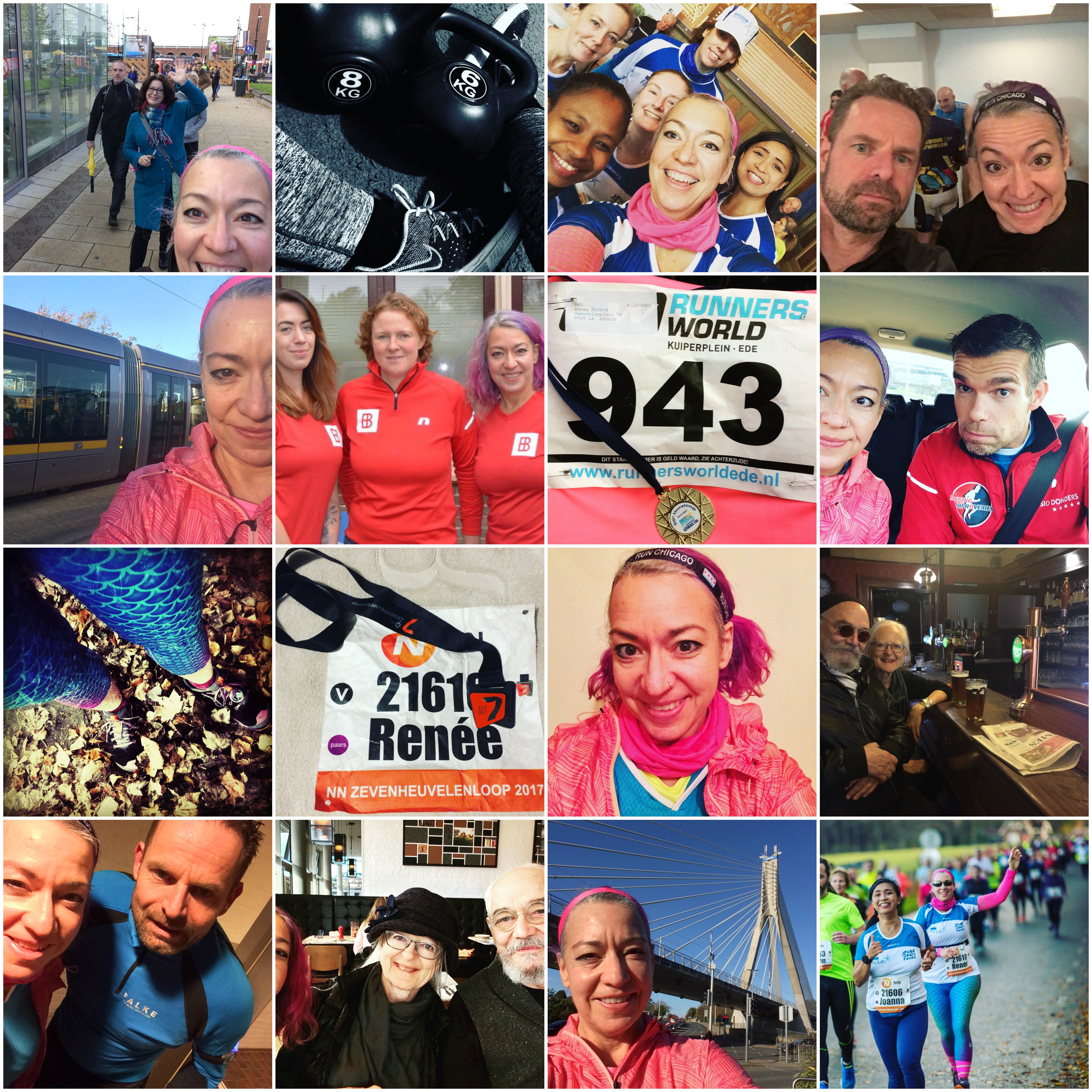 I do have some goals for next year for running, but I really have to lose weight (heard that one from me before?) to achieve them.

and on that note:

Funnily enough, I started last year at 80.5KG.  And…  my weight loss for the year is… 2KG.  Not my best year, folks!  It’s not for lack of trying, that is for sure, however it is for lack of discipline.  I am definitely an emo-eater and this year I haven’t felt mentally well at all.

I know what the cause is but I’m just not sure how to solve it.  You know how when you are in a situation that you don’t want to be in but you don’t really have much choice in the matter because it would just create more stress?  Don’t worry, guys I’m not talking about my relationship, I’m talking about work.    I need to fix that and I’m still working it out in my head.  Things are changing anyway and I’m keeping my options open.  In the meantime I want to nip stress eating and boredom eating in the bud.  Because the thing is, it doesn’t solve anything!!

So I’ve been yammering on for I don’t know how many years about losing weight and here we are again.  Same story, different year.  It’s time I shut up and take action. 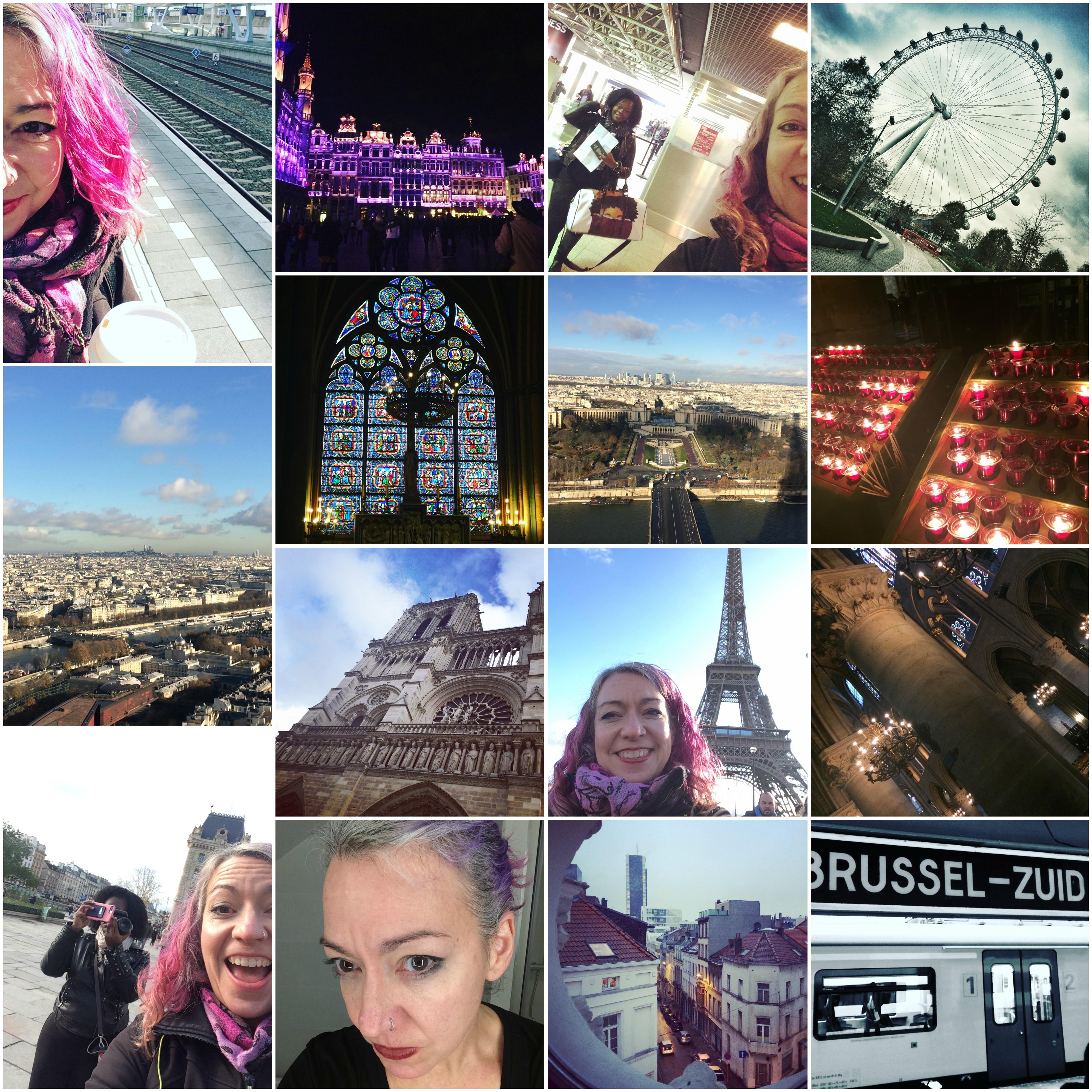 Speaking of work, I’m excited to share with you that things are getting better and I’m feeling more confident as a sports massage practitioner.  I am grateful that my own sports massage therapist took me on to work for and with her.   I want to do more and learn more so there will definitely be growth in this area in 2018.  What I would love to do is work full time doing what I love – be that sport massage or learning something to enhance or add to this skill.  Anything to do with physical activity or sport or helping others become and/or stay healthy.   That’s not going to happen right now, but it’s a long term vision. 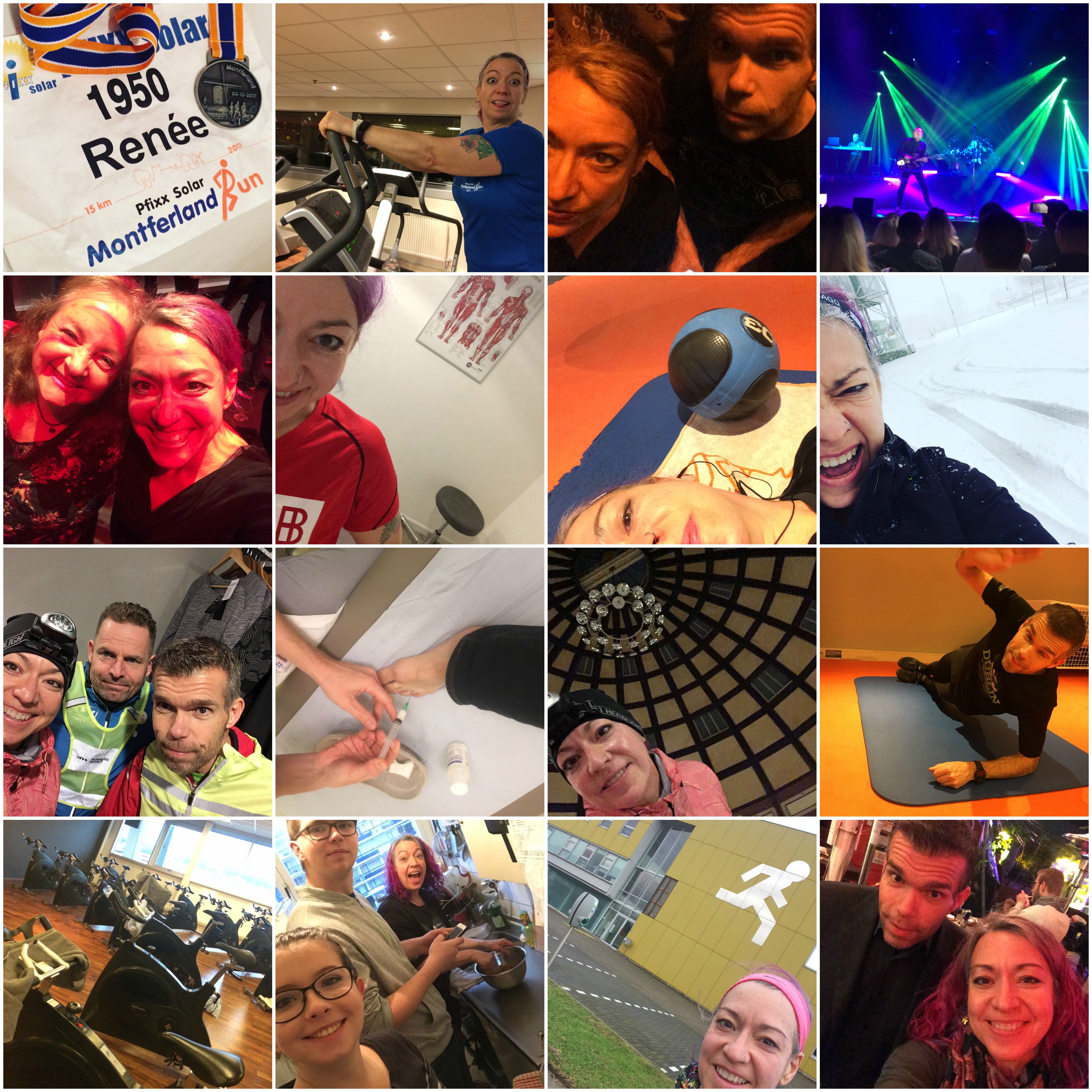 finishing the year the way we started

I had a lot of them this year – back, glutes, restless leg, hearing…  pretty much most of it is solved.  I had two shots this year in my back which helped my leg and foot tingling a bit, I had plenty of manual and physiotherapy, I had dry needling in my glutes and after 4 sessions I had zero pain (highly recommend).  My foot continues to be a problem, but I do not have another neuroma (the experts say bursitis in my toe, but the 2 shots I’ve had has not helped so, back to the drawing board).  Lastly, I will get a tinnitus masking device for the ringing in my ears (just got the letter in the mail yesterday, which I can now take to the audicien).  So there are improvements after taking a year “off” (ok, not really off, but we all know that what I was doing two years ago up until Athens marathon was just too much) and I am happy about that.

In 2018 I turn 50.  I think it’s pretty logical that there are many thoughts in my head for quite some time about what makes me happy, what doesn’t and that I want to make changes.  It’s definitely different than when I turned 40. 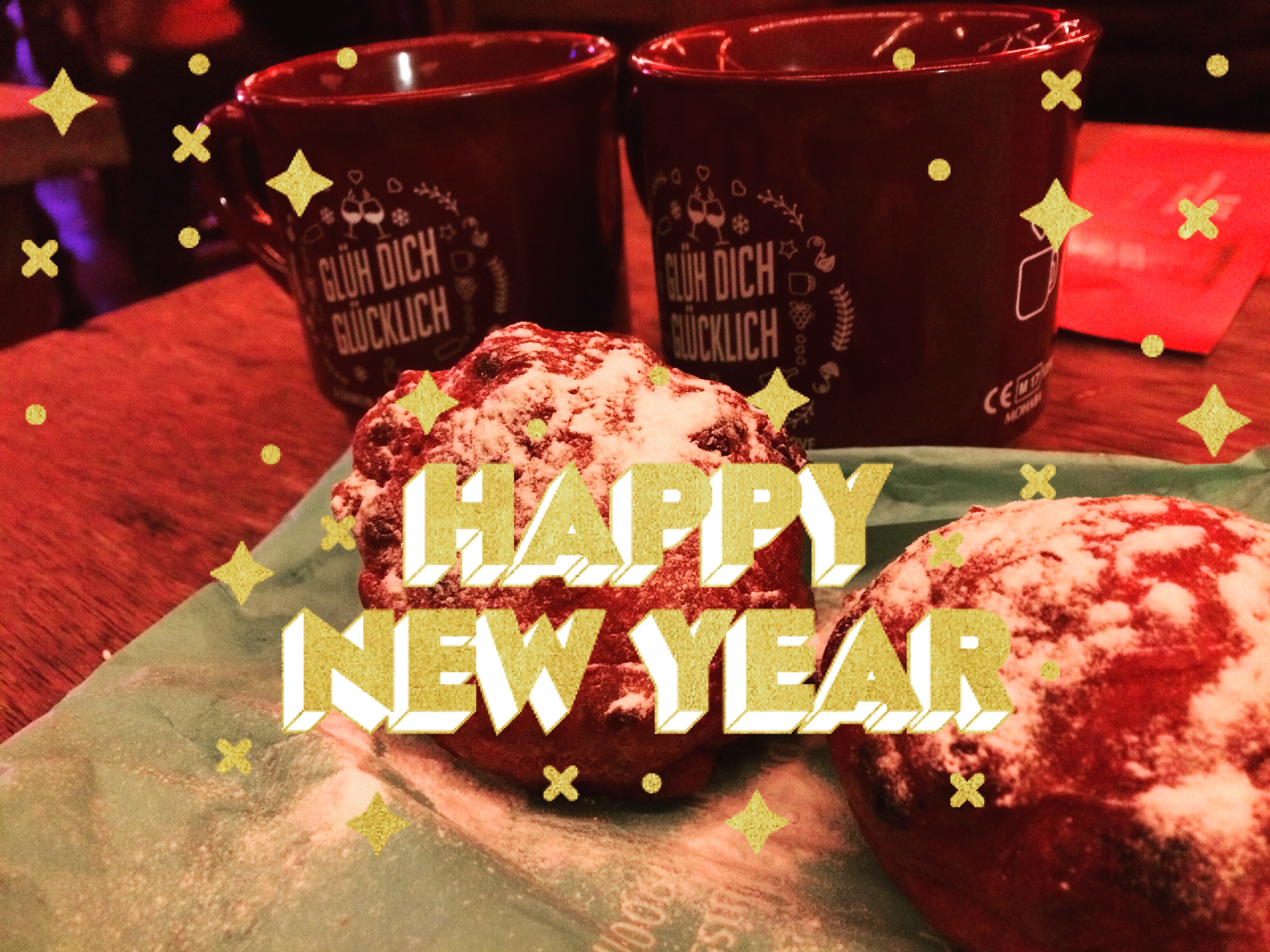 I hope you all had a great year, or at least one where you are able to reflect and think about the things you want to change.  You don’t need resolutions, you can just change what you want, when you are ready.  You can have goals, they can be big or small.  The new year is just simply a new chance to head in the direction you want to be in.  But then again each new day is the same!  I’m going to definitely take action in 2018  –  what are your plans?

Here’s to a fresh start!  May you all have a new year filled with health, happiness and fitness!