Part II::What to do when you can’t do what you do

I went to the physio. I was definitely not happy with the outcome. In fact I went home and I broke down and sobbed on my husband’s shoulder. What the hell was I going to do now? What about my races? I had a race on the 3rd of July! What about the Dam to Dam??? The Seven Hills???? What was I going to do without my races? These are the things that keep my focus, the things I look forward to. Now I have nothing!

But that’s not the truth. I don’t have “nothing”. The physio says I can cycle, I can walk, I can go to the gym. I just can’t run. No heavy impact on the knees. That cycling I was doing since January and more seriously since May was about to begin again.

After the no-running news I just happened to get sick (and by the way, I never get sick, so I have no idea what happened, but I was out for the count). I spent the entire weekend in bed with fever, cough and a sinus-cavity that felt like it would explode at any moment.

On the Monday I stayed home from work as I wasn’t feeling 100% and at some point I got sick of lying in bed so I went to lie on the couch. I switched my television on and started flipping through the channels. I ended up on a Dutch cable channel where a documentary was showing about Leontien van Moorsel. I’d heard the name before and quickly googled her on the Blackberry; aha, of course, only one of the most amazing Dutch WOMEN cyclists ever. I watched the documentary and was amazed. She’s this incredibly talented cyclist who struggled with her weight – who became ill because of the obsession to lose the kilos to be more fit for cycling. And when she was well again she went on to win gold medals in the Olympics. Watching the footage, seeing how real she was, knowing about my own demons with weight and performance, I cried as I watched her. I cried as I saw her parents at the finish crying, hugging her, feeling so proud. I cried because I know there have been times where I felt I would do anything to lose weight, just so I could perform better.

I started to look further on the internet for Leontien. Wouldn’t you know it? She’s got her own website here in the Netherlands. And guess what else? She organizes Ladies Rides a few times a year. You know what else? There’s one in September, in Den Bosch – 70 KM. I can’t run but I can BIKE! I signed up immediately. In fact I think it’s the same weekend as the Dam to Dam. This gives me a goal again. A focus. Something to look forward to!

While I don’t think it will be a piece of cake, I also am really confident that it will go very well. I’m not a stranger to long bike rides, nor am I a stranger to hills (should there be any. I think there are but I’m not super knowledgeable about that area). I’ve done a few long bike rides recently: 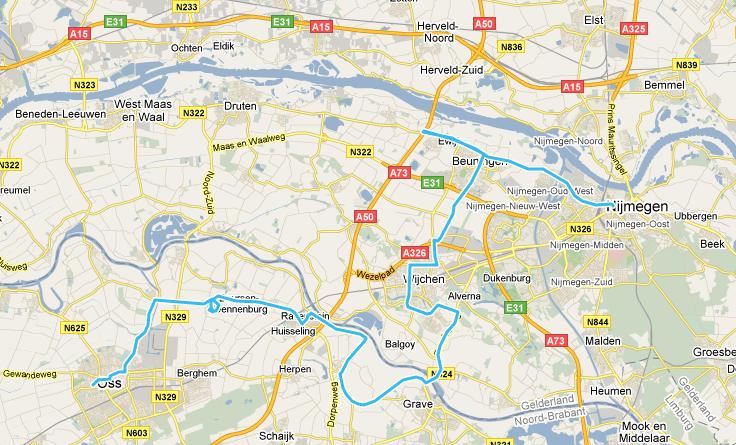 The Loenermarkroute (this is fairly close to us, in the Veluwe Zoom) 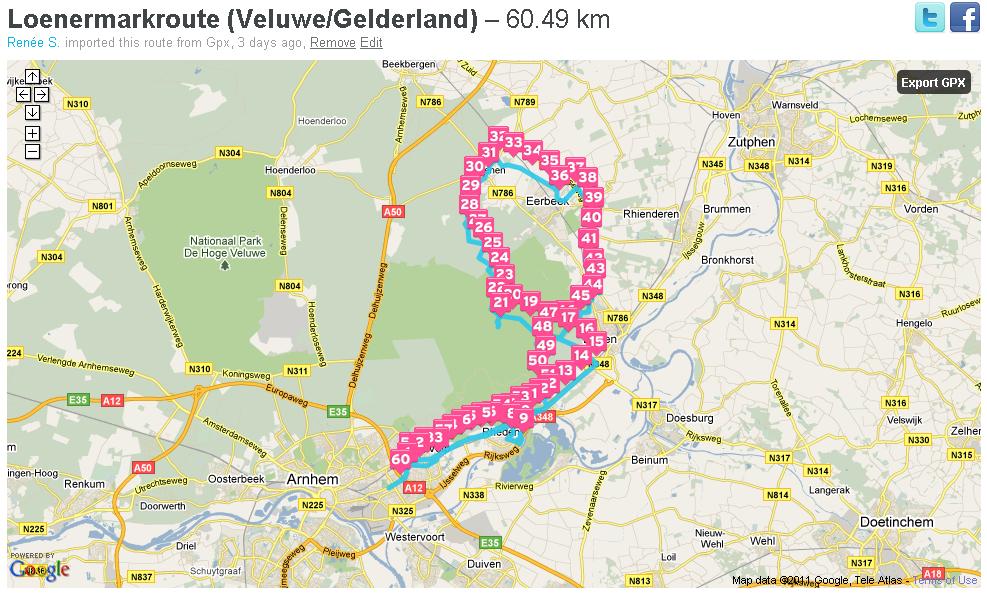 To the German Border and loop back around 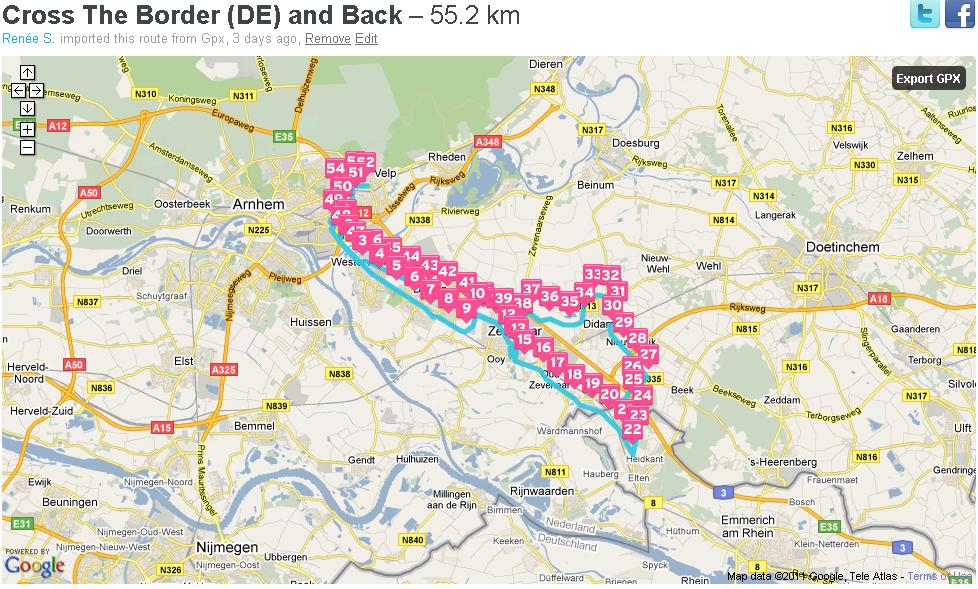 I’m glad to have something to strive towards – in the meantime I’ll go to the gym and the physio as well and hopefully after these 3 – 6 months I’ll be done with this knee problem for the most part for GOOD! I’m looking forward to running again, for sure, but I’m going to make the best of this time off!