Why I’m Still At It

In February I signed up with a personal trainer. To be honest I am not sure that I am a better person for it. But fine, I signed the contract, I’m in for 3 – 4 months.

Part of the deal is that I give a specific diet a try even though I said several times I did not want to diet because I was sick of it being such a focus in my life when nothing ever changed. And, only three days in I was pretty much Bitchy McBitcherson and convinced I would not give it any further time or energy. I spoke to my PT about it, he helped me figure out how to work it into my life and schedule and so I carried on.

It’s something like 6 weeks later and nothing has really changed that much. At least not on the scale. Well, wait, that’s not the truth because I have seen 81.5 KG recently, which is a whopping 700 grams less than when I started the diet :) So, just weight wise, I’m not super convinced. I have NOT been 100% and I’m just putting that out there because I am fully aware that I can not blame the diet, the trainer, the candy jar, or anyone or thing else for ANYTHING except for myself.

As we have had a fairly rough start (he’s been ill and cancelled many appointments) I also don’t see a huge change in my body shape or fitness level. On Monday I went to my appointment and basically said “I want to get fit. I want to work out. I don’t want to diet.” However, I promised I would give it another 30 days with the weekdays being full on and shooting for under 1500 calories and the weekends being a bit more free and having bread if I want it (and I don’t eat much bread but Hubs makes it fresh and damn if that is not hard to pass up!), for example.

I did notice that after 3 weeks of no pasta, one night I decided I was just going to have it, I totally felt a difference in my digestion! My stomach was working VERY hard to process it! This was even whole wheat pasta, you know the stuff that is supposed to be good for you! Now I’m not going to tell anyone to throw out their pasta and rice but honestly, had I not gone without it, I wouldn’t have known. I also had rice a couple of times and noticed a slight tinge, but not as bad. As for dairy, I still have a wee bit, but again I never really had much milk for example, and was limited on cheese. I tried coconut milk on my cereal (well muesli – and on this plan I have TWO carb meals a day and FOUR protein/veg/fat meals) and I LOVED it! So, score on replacing some dairy. Goat’s cheese is fine, cottage cheese is fine, kwark and greek yoghurt is fine too (as a protein though, so NO fruit or sugars with it, I’ll pass thanks). Yoghurt is fine but it’s a carb, so I have it with fruit (preferably berries, totally skipping my banana for the time being).

The change we’ve now made is to have only ONE carb meal a day and replace the other with or a little protein or just munching on veggies. That’s fine, I am prepping a load of veggies on the weekend and then just taking little baggies with me. I’m eating so many vegetables, it’s kind of insane. Like at least a kilo. I feel LESS hungry than before I was eating this way.

I am getting a little bit bored with what I have so I’ve actually bought a cook book called Well Fed and I’ve been listening to Robb Wolf‘s Podcasts of the Paleo Solution. I like the science behind the solution, but I do not think I could fully avoid grains, dairy, legumes and potatoes the rest of my life. I do think I could sustain quite a lot of the plan, simply because I feel pretty good at the moment.

I also feel good because Operation Get Enough Sleep is actually working out quite well and that has a lot to do with the supplements that my PT recommended – namely Magnesium Citrate and Melatonin. I am also going to be picking up some Vitamin D soon (even with sun you can be deficient) and I take Valerian from time to time when I feel my stress levels rising. So actually food, plus exercise, plus sleep, plus less stress actually is not a bad deal. It really shouldn’t be able the scale, even though I am still officially overweight. I’m going to say it again, I don’t want it to be my focus, it doesn’t create a good feeling for me. 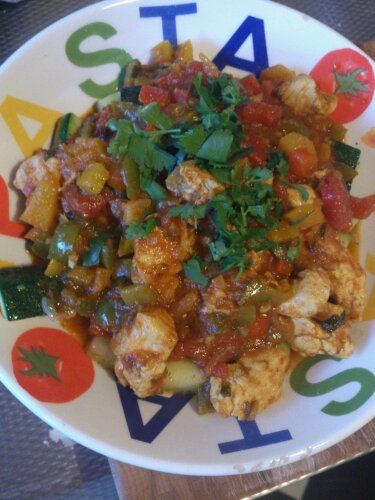 Chicken sausage with mushrooms and spinach 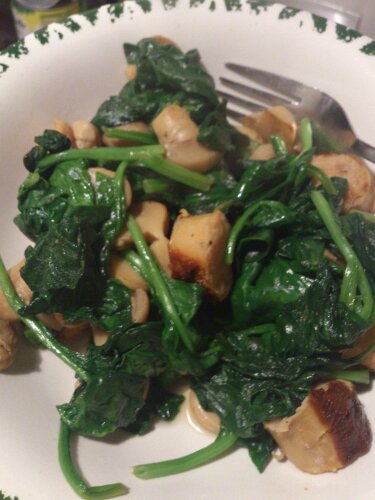 And look I’m still running, in fact hubs started running with me again! 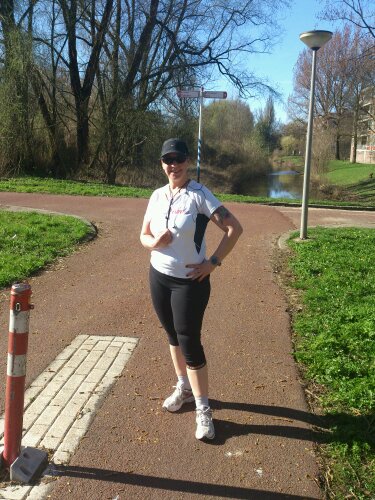