A while back I had a chat with Luis “Louie Luc” Correia, after he posted a blog about “Top 30 Most Interesting Running Blogs” – I made a bit of a joke that he missed my blog on the list and we discovered we had a few things in common – Running of course and travel. Oh and I guess you could count that I love Portugal and he’s FROM Portugal as something sort of, kind of, in common! Anyway, he asked me if I had interest in a guest post for my blog. But of course! And given the fact that we are off again, this time to Dublin, it seemed quite appropriate to post this today.

So without further ado… 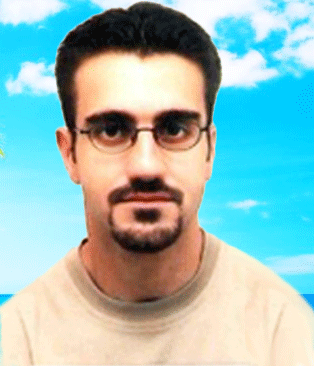 We marathon runners are kind of quirky, you have to admit it. We travel thousands of miles to run in a 26.2 mile race. My non-runner friends sometimes ask me why I don´t simply run around our block (roughly a mile) 26 times and thus save myself the money and time of travelling around the country to run in different marathons. To them, all I can say is that if they ever run a marathon, the feeling of finally crossing the finish line surrounded by thousands of other racers and screaming onlookers will explain it all.

Over the years, I´ve had some great races, and some not so great races. Most of the not-so-memorable races weren´t actually because of the actually race itself, but because of the difficulties encountered actually getting to the race venue. I´ve run in marathons during down pours and during extreme summer temperatures, and loved them all. Trying to run a race when suffering from jet lag, however, is a whole different story.

I’ve actually discussed this topic with some fellow running bloggers and, together, we’ve managed to agree with some of the best practices when traveling for a marathon. Here are three of the best travel trips that are indispensable for any marathon runner.

Arrive at least a Day Early

This one should be common sense, but for many people on a tight schedule, they tend to overly trust in the punctuality and reliability of the airline business. A friend of mine had planned to run with me in the Los Angeles Marathon a couple of years ago. I arrived the day before and was to pick him up at the airport the morning of the race. When he didn´t show up and the race was only an hour away, I left thinking he had suffered some second thoughts on the race.
About a minute before the race was to begin, I heard my friend scrambling through the line of runners trying to catch up with me. Though he was in his race gear, he was still carrying his suitcase in hopes of finding some locker to store it during the race. When the race began, he actually ran with his suitcase for the first quarter mile until a friendly race organizer volunteered to hold it for him until the race was over.

Lesson learned? Never trust in the airlines and always plan to arrive a day ahead. You´ll feel more rested and avoid having to lug around your suitcase for 26 miles.

Pack the Essentials in your Carry-On if you are Flying

About a decade ago I travelled to Boston for the Boston Marathon. I had planned to arrive the day before to get rested up, but when I got to the airport my bags were nowhere to be found. I waited for an hour or so until it became obvious that they had been lost. The rest of the afternoon was spent racing hectically around the city trying to find a pair of quality running shoes and shorts. I finally found a pair that seemed to fit pretty well, but as any racer will tell you, never trust a new pair of shoes on race day.

Around mile 11 I started to feel some rubbing on my left heel. By mile 14 I felt a full blown blister had formed. By mile 20 my sock was stained with blood, and by the time I made it to the finish line I was limping and people were applauding me thinking that I was possibly a handicapped runner. The worst thing is that this all could have been avoided by simply packing a carry-on bag with my essential running gear along with the toothbrush and contact lenses.

Be a Tourist after the Race is Over

Being in a new city the night before a race can be exciting and filled with adventure. There is so much to see, and, if you´re from a small town, the nightlife of big cities can be pretty enticing. But if you´re really set on taking a tour of the city, do it after the race. Spend your first night at the hotel, resting up and enjoying a great pasta dinner. Most races usually end by midday anyways, so you should have a whole afternoon and evening to check out the place before heading home. Besides, a congratulatory drink at a hopping bar after the race is always a great way to end a marathon.

I hope you liked my (and my friends’) best travel tips for marathoners.
Follow these simple tips and your marathon experience will most likely be an enjoyable one, except for the aching muscles and unbearable tiredness.

But hey, that´s why we love it, right?
Stay fit, keep running!
Louie

Author bio:
Soon after retiring from his days playing in some of the World’s best soccer leagues, Louie found himself running to stay fit. His new-found passion turned him into a runner addict. You can follow Louie’s running, nutrition and healthy lifestyle tips and stories on Healthlisted.com

Do you have a top travel and running tip that you swear by? Share in the comments!