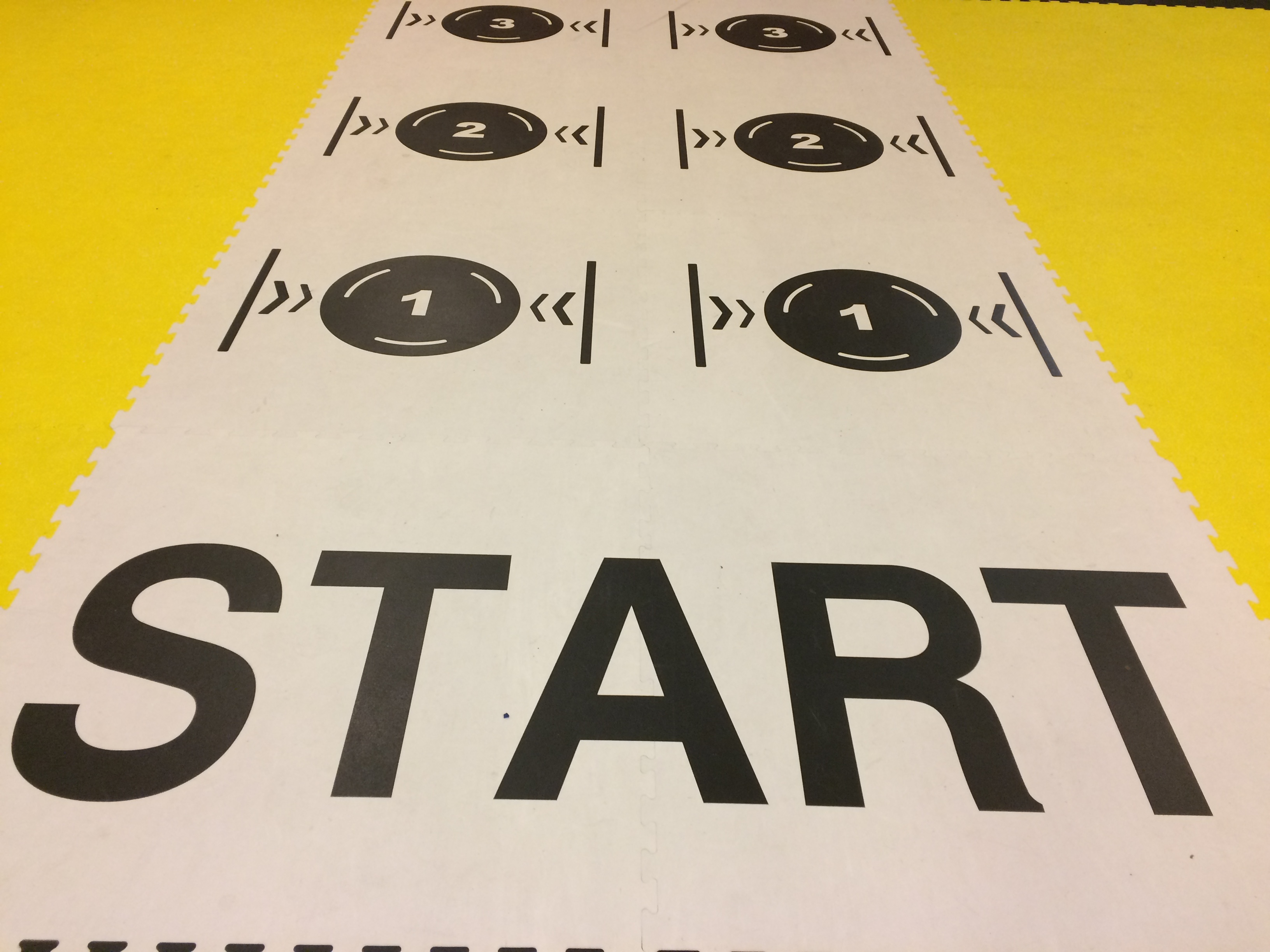 With the exception of the 1st of January, we are full fledged, back-to-normal (“normal”) life again here in the Pie Household.

This week I really wanted to hit my 10K steps a day,  even on the first of January, AND I wanted to focus on not eating any junk at work.  There were a few times where I had to remind myself that I am stronger than a brownie or a bar of chocolate but I realised that was simply out of stress and not because I was hungry (I’m trying to recognise WHY I do these things – so it’s a NOT a punishment to not have the chocolate, it’s more about being aware).

Work is really, REALLY busy, so I had to postpone having any massage clients this past week, not knowing how much overtime I’d have to do and/or if I’d have to work on Friday (instead of having my normal day off) – turned out the overtime was there, but Tuesday we were all kicked out of the system so I ended up having a free night, which I used to go to the gym.

After having a light bite to eat, Ron and I headed out- he did his interval training on the dreadmill (it was raining like hell) and I started doing some runner’s training (lunges and squats with kettlebells was how far I got) and then a circuit training class was starting so I thought… what the heck!   I decided to do the half hour training and I really liked it!  The next 3 days though… man!!! My quads were totally on fire! 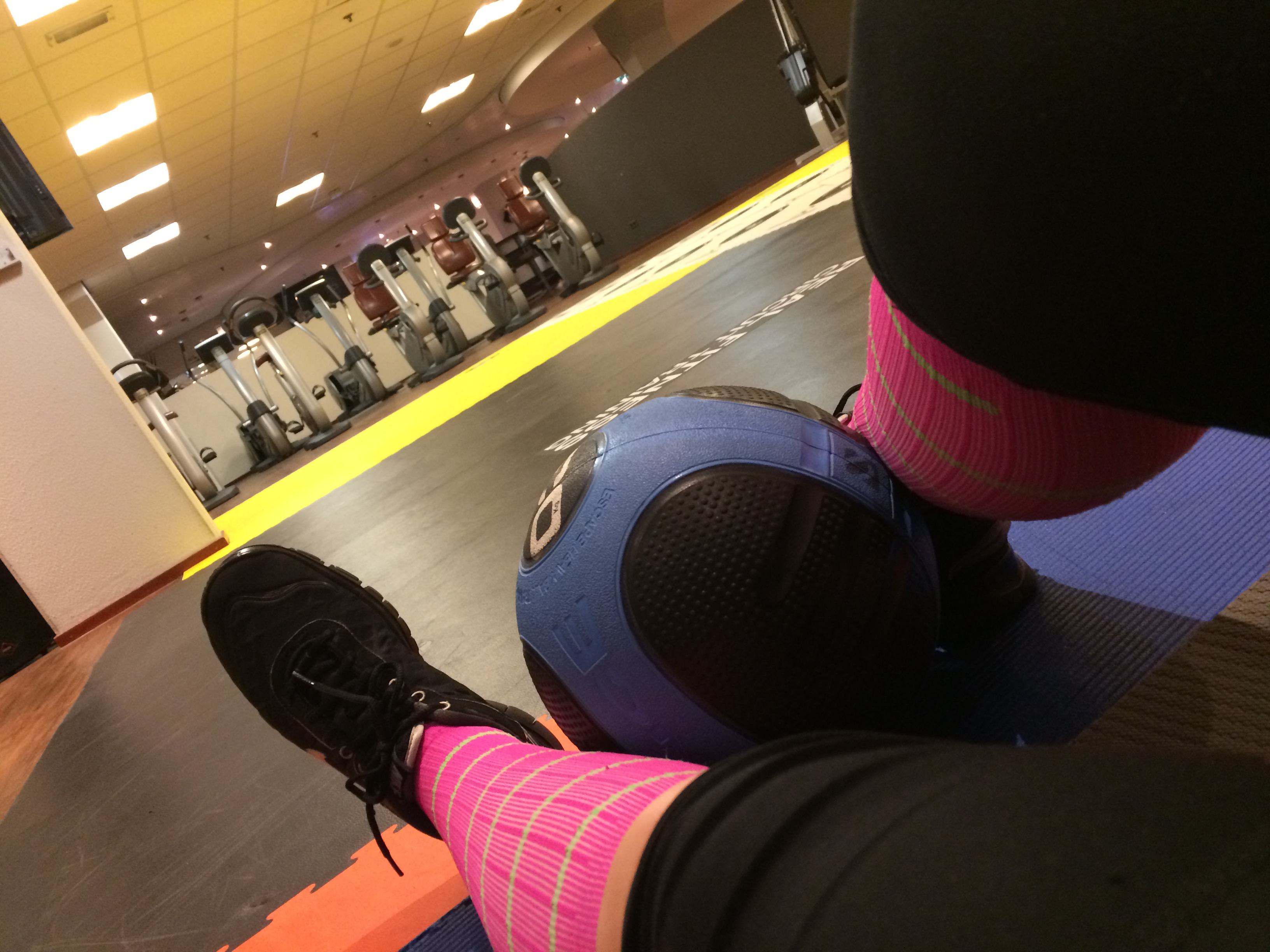 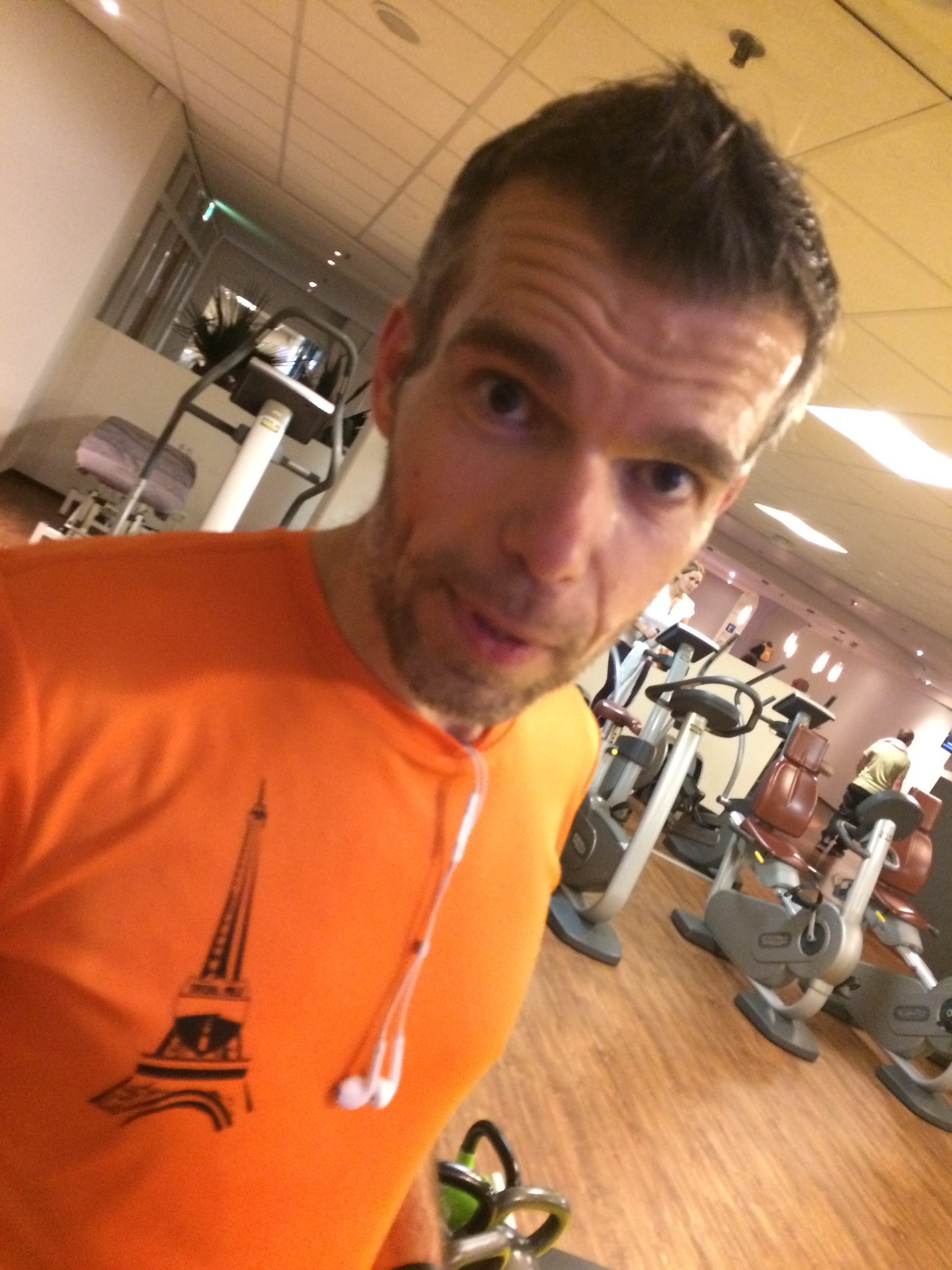 Wednesday we were back at the gym for spinning!  I am really enjoying spinning and trying to push myself further each time.  I have to say though, it was pretty hard because DOMS had just set in right before we set off for the gym…

Thursday we had plans to see friends for dinner in town.  I didn’t bike to work that day because it’s been really stormy and I literally could have been knocked off my bike by attempting to get there.  So Ron dropped me off in the morning and I decided to walk into town to get my 10K steps instead of taking the bus.  At the time I had to walk the weather was fairly ok, and after the day I had, it felt GREAT to get out there.

Friday I did end up having the day off so I took care of some of my to-do’s, including getting my steps in to go and pick up my new insoles from the Podiatrist and pick up coffee beans, so I clocked 5KM for errands. 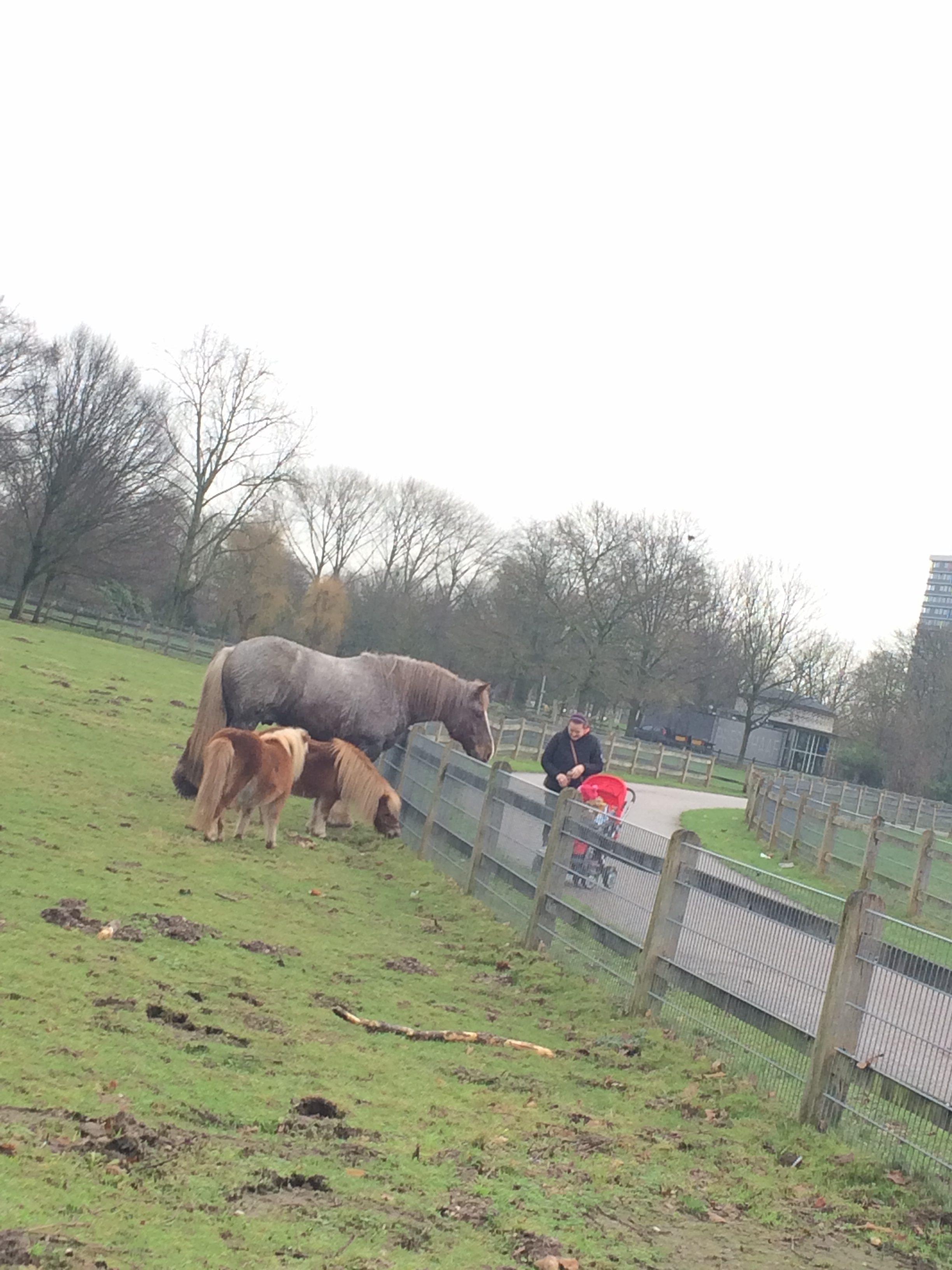 seen on my walk

Saturday morning was spinning again  – it’s handy that Ron is training for Boston;  we can go to the gym together, he can do his stretches and prep for his run, I can do spinning while he runs and then he has time to cool down while I’m relaxing having a cup of tea.  Works out for everyone!  Vincent (my trainer) is also going with us to spinning – we both want to have this as our cross training for when we start our running training end of the month.  The rest of the day was chilling out, taking care of stuff at home and at some point I went out to take care of groceries and get my steps in. 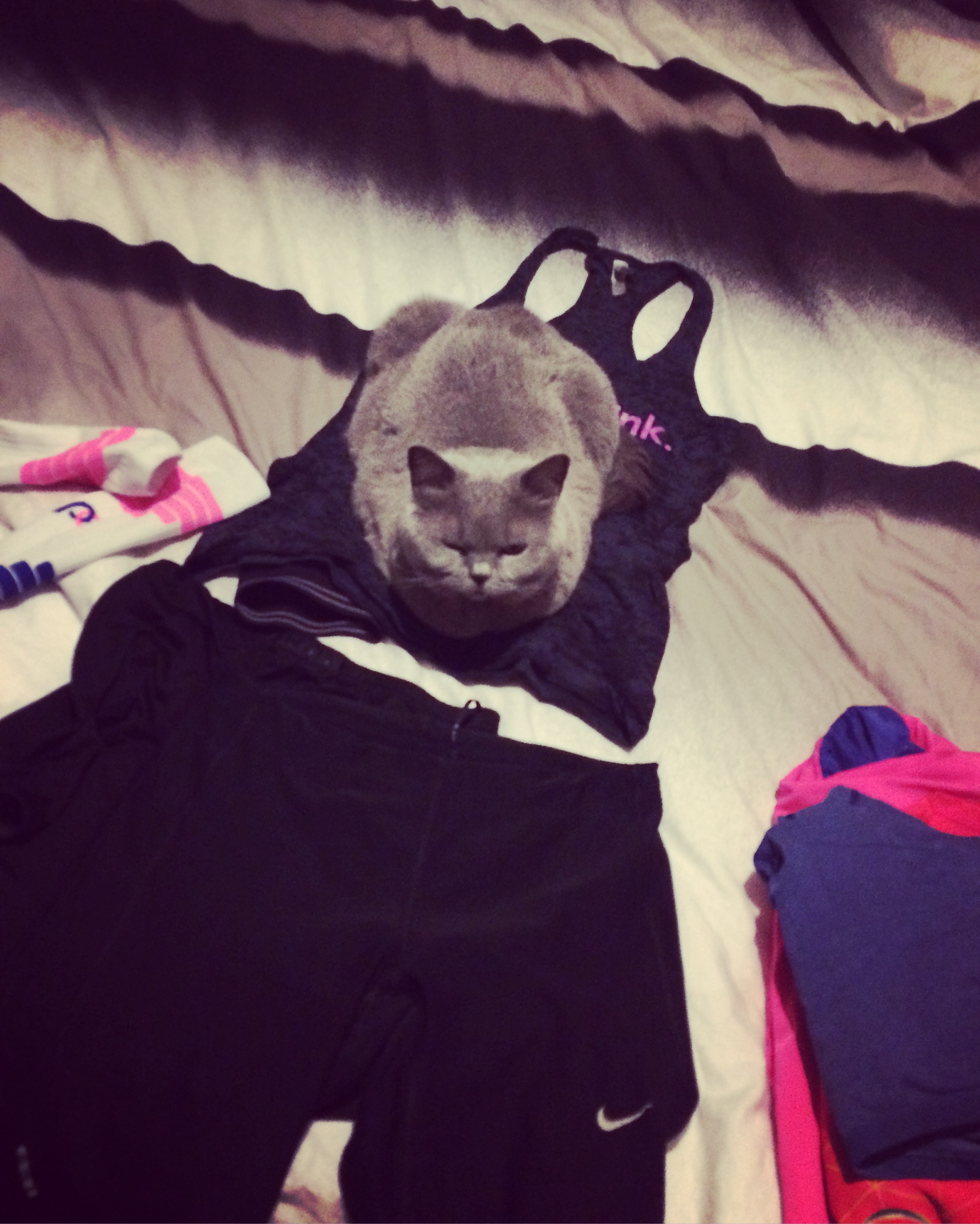 Sunday was much colder than the rest of the week (though we did have some serious winds) and Ron had 21KM on his schedule so we decided NOT to do a local race (a 5 and 10KM in Nijmegen, which the fast guys could have done both due to the start times, but it still wouldn’t have been enough for him).  I suggested Saturday night that we go to Nijmegen anyway, he could run there and I would bike along with him and then I would run back to Elst which is exactly 10KM with him on the bike.  Before we left we said we’d actually then switch again at Elst and he would run 5 or 6 more kilometers and then we could switch again and I would run the rest.  But it was WAY too cold.  You’d think we’d have learned something by now but we were really ill prepared.  I was frozen to the core by the time we reached Nijmegen station, so we took a short break and warmed up in Starbucks for about 30 minutes.  Ron didn’t have a fresh shirt with him and his jacket wasn’t warm enough.  We had to buy gloves at the train station too because we just had running gloves with us!  It took 7 kilometers of my 10KM before both of my feet had thawed out!  That was the weirdest feeling !  Once we arrived at Elst we immediately bought a ticket back to Arnhem (and a ticket for the bike…) and figured that was enough.  And it was –  10KM running and 21KM biking and vice versa for him.  Not bad for Sunday right? 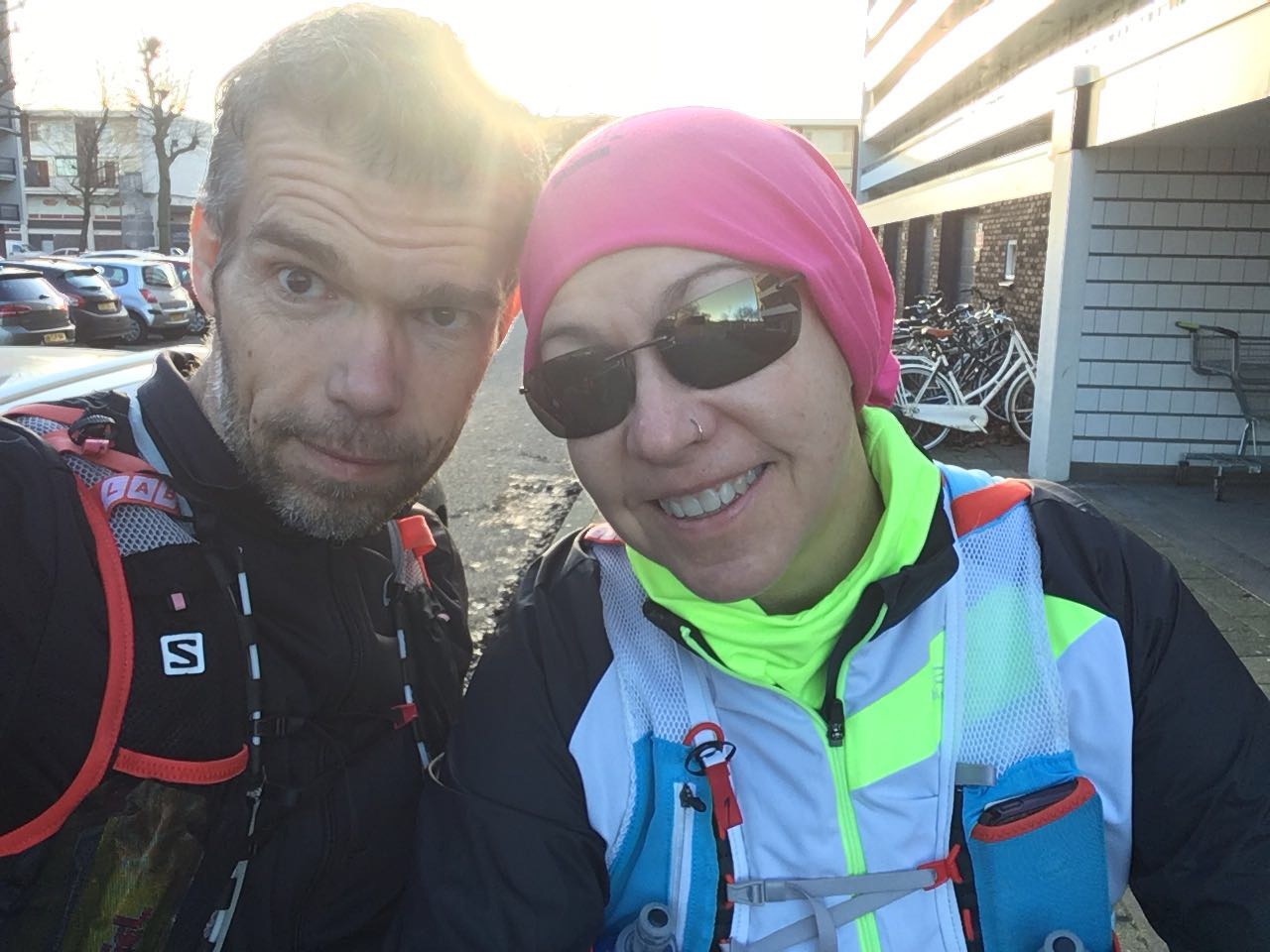 I also joined Rachel at Running On Happy ‘s Burpees, Planks and Push-ups Challenge!  *Gulp*  Check it out, you can always just jump right in! 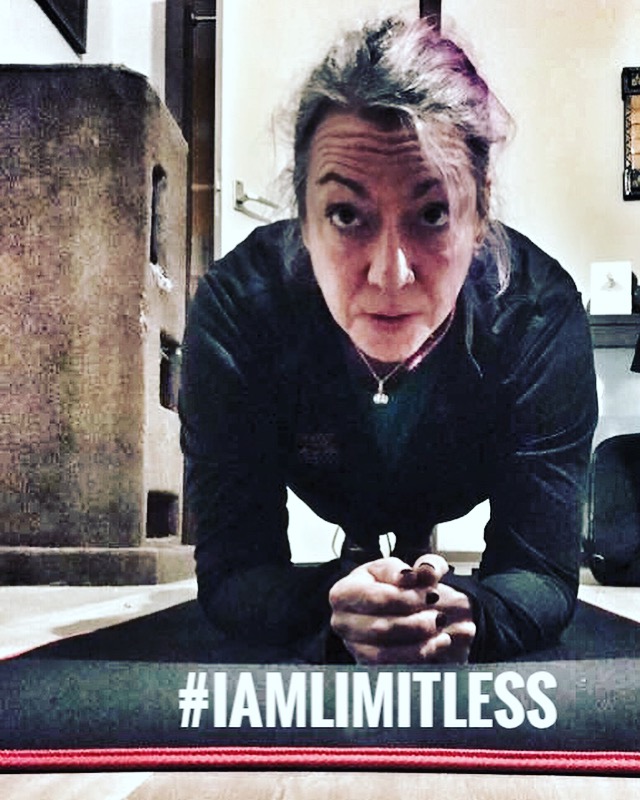 channelling my inner Kim from runningonthefly

No Junk at Work – achieved

Food was mostly good, I logged on MFP 5 of the 7 days and had a deficit on the days I logged. What I’m noticing is that there is still too much fat – I need to figure out how to reduce that and get a little more protein. Hard when I don’t want to eat a ton of meat (mostly because I want to buy quality, more humanely treated animal meat, so lunch meat is pretty much out).

Planning 10K steps a day and no junk at work again for Week 2.

How was your first week of January?  Do you feel like you started off on the right foot?