Can you guys believe it?  Half the year is over already! Holy Cannoli!  Here’s how things went down last week: 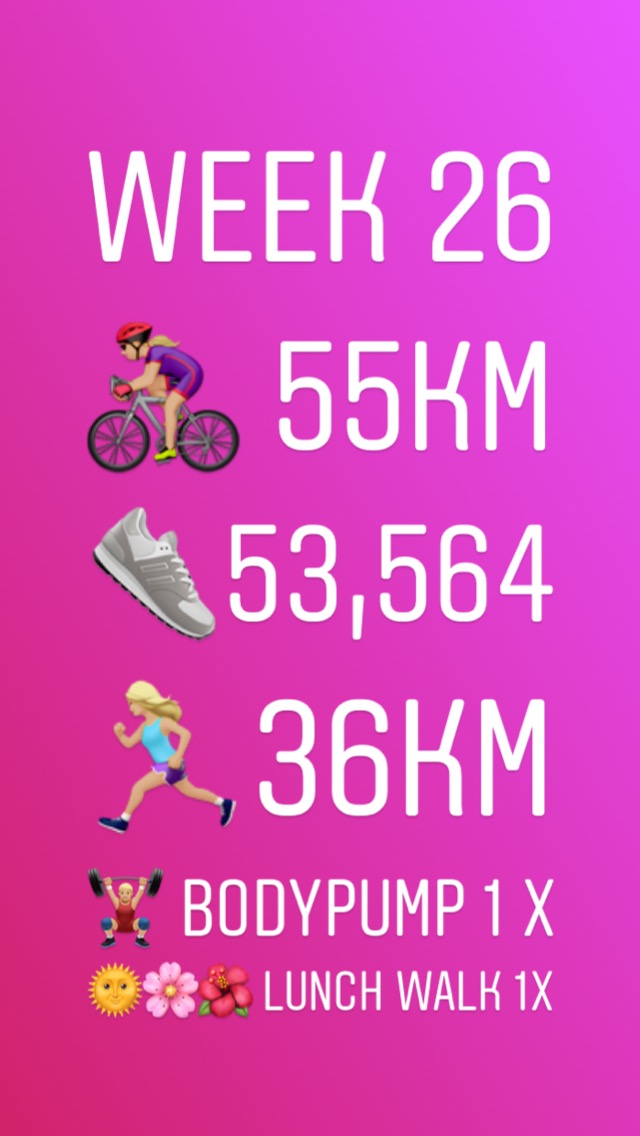 It’s been pretty stressful the last few weeks. At least with my colleague back from his vacation it’s been a bit better but not much. And pretty soon my manager will be away for 3 weeks and the same colleague who was just away will be again for a week on vacation… that’s one thing about Europe, we DO get vacation time but we DO take it! That’s fine, I’ve taken a few days off myself – more on that later.

With being busy at work AND having appointments I ended up with only one lunch walk this past week. My steps are still not at the level I would like them to be.

My trainer was away this week so the assistant (my friend Km) could only do the training on Monday for both groups (I’m in the Beta group on Tuesdays). I really want to stick to my Monday – Rest Day schedule so that’s exactly what I did.

Tuesday I had a recovery run of 45 min on my Garmin schedule so I ran 7KM with Ron. I wouldn’t call it recovery pace though – at least, I need to get used to this new “faster” running. My pace was average 6:20 min/KM (around 10:10 min/mile). 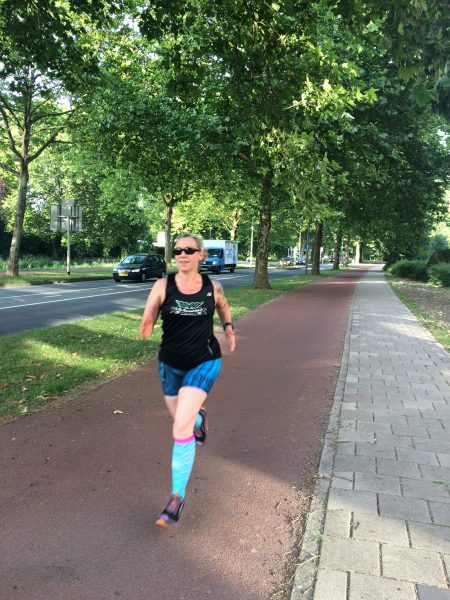 Wednesday – BodyPump Day! Super stressful day at work, still forced myself to go out for 20 min at lunch but then had a packed afternoon and had to rush home and rush to get ready but really glad I went. I’m getting used to the routines now which is nice but of course next week there will be a new release and I can start over again haha! 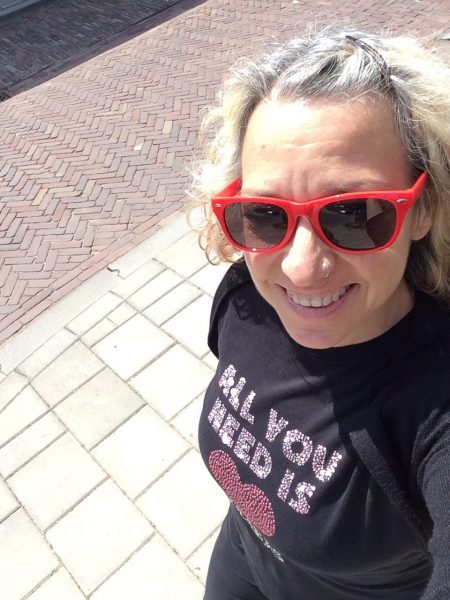 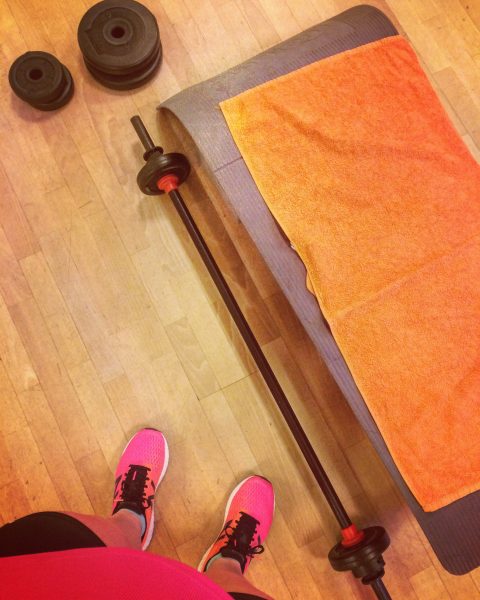 Thursday is my 2nd rest day of the training week. I had acupuncture after work and then I rode my bike to the station to quickly go to Nijmegen to pick up some coffee beans (Starbucks Arnhem didn’t have the beans I wanted, so I went to a different location). I wanted to ride my bike but it was too warm for what I was wearing. I didn’t want to be too late at home, so the train made the most sense. I literally got on a train, jumped out, went into the store, got my coffee and made it back with a minute to spare on the same train going back!

Friday was interval day again and another warm day. I ran 6.5KM in total; warming up, 3 x 1.5km and then cooling down.

Saturday no gym, I had a race in the evening! The Midzomer Marathon was on tap; my friend Gerrit and I had agreed to do the 7.5KM together and Ron wanted to run the marathon to test his fueling again (and again had issues with his stomach! Ugh!). The marathon started at 5pm and our race at 6pm. Even though it was quite warm we were mostly running through forest area (with bike / walking paths) and partially through the zoo in Apeldoorn. Super nice and bearable temps (warm, but bearable – and they took very good care of us at the water stops). Our tempo was spot on at an average 6:30 min / km (10:30 / mile). It’s quite a small event too which I actually do enjoy (though I get the most energy from big events), especially for short distances. 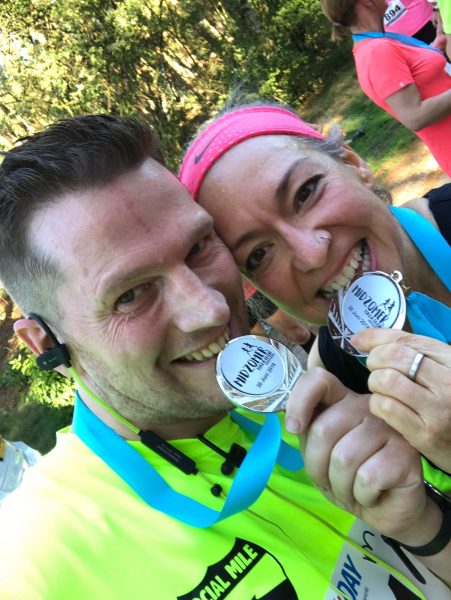 Sunday was still long run day so I decided already Thursday that I would participate in the Midzomer Run in Westervoort! But… They had only a 10K and a 5K so I did them both! The 10K started at 9:30am and the 5K at 11am so plenty of time in between to do both races. What I didn’t expect, especially after running the 7.5K the night before, was that I would be able to really push the pace! The 10K I did in just over 1:01 (6:09m/km), my fastest since Feb 2016. Then I ran the 5K at 31:23, my fastest since May 2017. Normally I don’t even talk about pace and PR’s etc, because for me the most important thing is to keep going, to keep trying, and to hopefully do so without pain. But I find it interesting that with rest, cross-training and less running (and a little less weight), things are progressing. 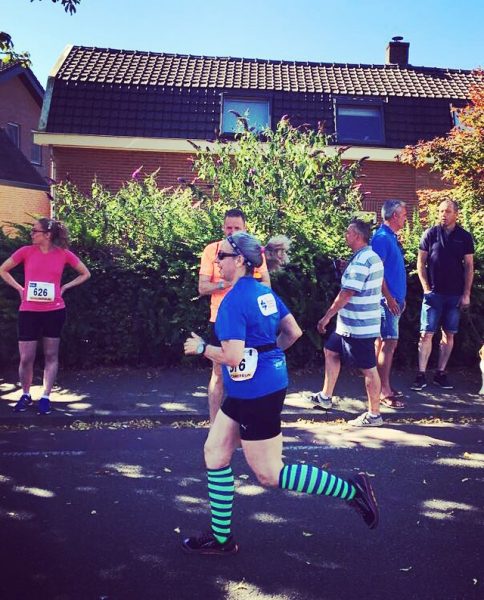 Nothing special this week – really just a lot of small rides here and there, the most going back and forth to training on Friday and going to several places and back on Sunday.

We’ve not only started, we are almost finished with the Girl’s room, which is now the Sports Room . We painted and still need lighting and to put a soft floor in but I’m really pleased how it’s coming along. We have such little space as it is – I’m enjoying clearing out and reclaiming the space! 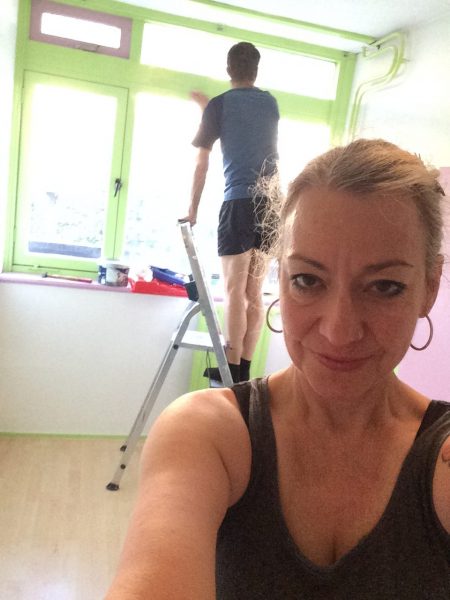 I promise i’m not having him do all the work 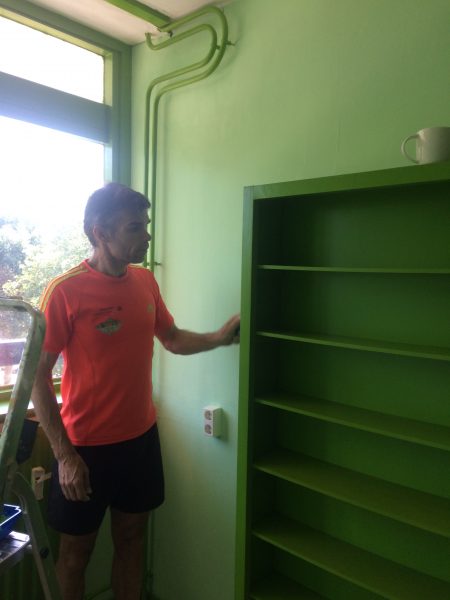 The Boy’s room is coming up in the planning – I’ll be off Tues – Friday (and Ron too) so that we can also clear out and paint in there as well.

I had these two rooms on my list of things to do in 2018 and I’m glad we finally started at the half way point of the year!

We had a super packed weekend in between painting and training and racing. Because it’s not only about “work” right?
Friday night we went with Kim to Arnhem Proeft (translates to Arnhem Tastes or “tries”) – basically a huge food, drink and music festival. We wanted to catch up a bit and have a drink together and thought this would be the perfect way to do so. 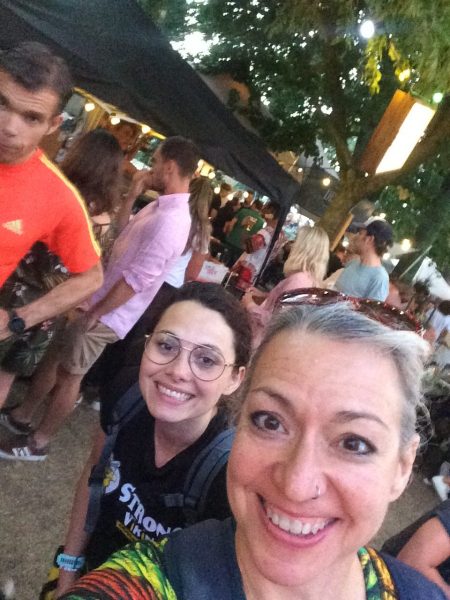 Saturday we were up early for painting the room since Kim offered Friday night to come by and do our hair (she’s also our hairdresser and works in the home of her clients). We finished around noon and she came over at 1pm. We finished right on time to leave for Apeldoorn for the race.

Sunday after the races we – Ron and I, Vincent and Wendy – headed over to CAS Coffee – Cas is one of my running group friends (from Vincent’s running group on Mondays) and he also owns a coffee house. We had homemade cake, coffee, beer, nachos… basically spent a good couple hours noshing and chatting – especially about Warsaw because Saturday I ALSO finally booked our flights!

How was your week?  Did you have some good runs?  Do you have a food festival near you in the spring or summertime? Tell me something fun about your weekend!