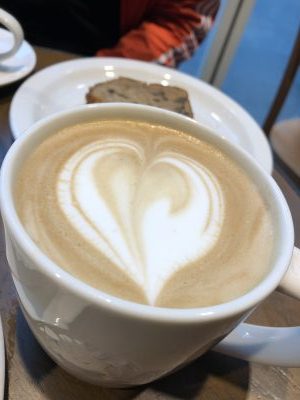 Here we are again – It’s Friday, it’s the beginning of the month and I’m still trying get my head around everything . I completely missed runfessions last week as well, and I did have quite some things to runfess about. Shall we have coffee and talk about the last month?

If we were having coffee, I’d tell you that I’m surprised at how active and busy I was. A lot of running – 106 KM (100 miles) in total which is pretty unreal! I didn’t plan on running this much, I’m not training for any long distance races, but it just so happens that the training I had planned plus the non- planned runs have all added up to this. If I were runfessing anything, I would however tell you that I really don’t miss the Sunday Long Run at all, so maybe it’s a good thing I’m not really going to start any Half or Marathon training until I’ve recovered from my foot operation.

If we were having coffee, I would mention that I’m still not completely sold on Pilates; but maybe that’s because I just find it really challenging and I may have mentioned before, I feel like I’m not doing much. However, this week I actually started to feel like the muscle contractions were easier and I could control the movements more without releasing my stomach muscles (because it’s all about the deep core muscles, right?). I started pilates to have something to focus on while I was healing, that would actually benefit my running later when I can start up again. If I were runfessing anything, I’d tell you that this is a pretty expensive experiment and I hope it helps. I actually bought a soft ball and a “magic circle” so I can continue at home. I will miss two lessons (planned) after the surgery and I’ve committed to going to the studio for lessons until June. If I could runfess one more thing I’d tell you how frustrating it is to see all over the internet (youtube, instagram, blogs) people just magically doing pilates as if it’s not difficult and encouraging others to do the same. I mean, honestly? You can’t just do Pilates – even learning how to breathe properly is a challenge!

If we were having coffee, I’d tell you that while I want to lose weight, I”m trying to be less focused on exact numbers, weight watcher points, etc. I’ve paid for Weight Watchers for one more month so that I can have it to fall back on in case I feel like I need it (for anything, to look up what better choices could be as far as restaurant menu items go or whatever). If I were runfessing I’d tell you that I used it only about 30% in February and I lost a whopping 600 grams this month. That’s a little over a pound. Which is fine, because it’s down and not up. My goal was to be a little bit down each month, but I’m still looking for balance.

If we were having coffee, I’d mention again the DEXA scan to you that I had done last week. I feel surprisingly very ok about the numbers, even though the fat percentage is higher than what my Nokia scale tells me (the physio told me that this is common in the scan). For me it was mostly about the fat inside my body (if there was any and there is not anything that came up on the scan), my bone density and my muscle mass. I would however runfess to you that because basically the amount of weight I want to lose is pretty much exactly the fat on my thighs and bum, I have looked into liposuction/ liposculpture clinics in my area. And I’d runfess that this is not the first time. For me, it validates everything and while it’s something I wouldn’t do lightly, nor something I would do right away, I do think this option is on the table for me in the next year or two. Because I’ve been at this for 10 years now and no matter what I’ve done, there is a part of my body that, whether genetics or too much peanut butter (maybe both?) , is just not budging. 10 years. I hope it’s understandable why I consider this. It’s not that I don’t accept my body the way it is, because I mostly do, but as a runner who is constantly trying to improve, a runner who has goals and dreams, I still truly believe that 4 or 5 kilos less than I am right now will make a huge difference in my speed and endurance. Anyway. Just want to be honest and open about what I’m thinking about. And I hope that when I get to that point, even if you don’t agree with me, you will respect my choice and support me.

So Bone Density was very high, so, very good – happy with that. Lean muscle mass is 62.8% and I’d like that to go up (and my fat percentage a bit lower) but I think it’s also a good number. I’m planning to have another scan near the end of the year to see the comparison.

If we were having coffee, I’d tell you that one of my goals this year was to not buy any InkNBurn or ProCompression for 6 months to save money. I’ve made it through two months! If I were runfessing I would tell you that 3 times already I have “added to cart” from the InB.nl site because they are stopping and everything is on sale! But I haven’t clicked on “buy now”. It’s so hard because the force is REAL! I’m glad I’m sticking to my guns though because we’ve had some extra costs since the end of the year (a new bicycle insurance policy, tax bill, end of year utility costs and pilates) and we are trying to get used to the new situation with the lease car so it’s been a pretty frugal couple of months. By the end of March things should have stabilised again. So, nose to the grindstone, and hang on for just another month. Not that I will buy InB then…nope, six months or bust!!

February was a good month, lots of activity, two races and some social outings as well. My operation date is on the horizon. I’m nervous but excited. I know I want to have a plan of attack when it comes to my recovery. There are a few things I want to take care of before the date; call my physio to see if he can help me get me walking/ running again in a safe way, call my doctor to see when I can get off the medicine I take for the nerve pain (it’s an anti-depressive and I have to carefully ween off of it) and one practical task – arrange crutches so I can actually get around the first week or two! So March is going to be busy too, but a bit different kind of busy! More on March ideas coming up soon!

If we were having coffee, what would you tell me? What’s your favorite hot beverage? Did you run a lot in February? Have you ever done balance exercises on a (pilates) ball before? What do you think about liposuction / liposculpture? Have you ever tried to NOT shop online and suddenly seen all the deals on your favorite brand?

I’m also joining Meranda and Lacey for the Friday Link-up!