What’s that saying about the “best laid plans”?

I had some good plans for this week. Sunday mid-day I already had planned and prepared my food for Monday.  I tracked, ate well, drank my water.  I even made cupcakes with T, my step-daughter, and ate exactly 2 of them (out of 12, with one taste of the batter).  I went out Sunday evening and had a kick-ass run: 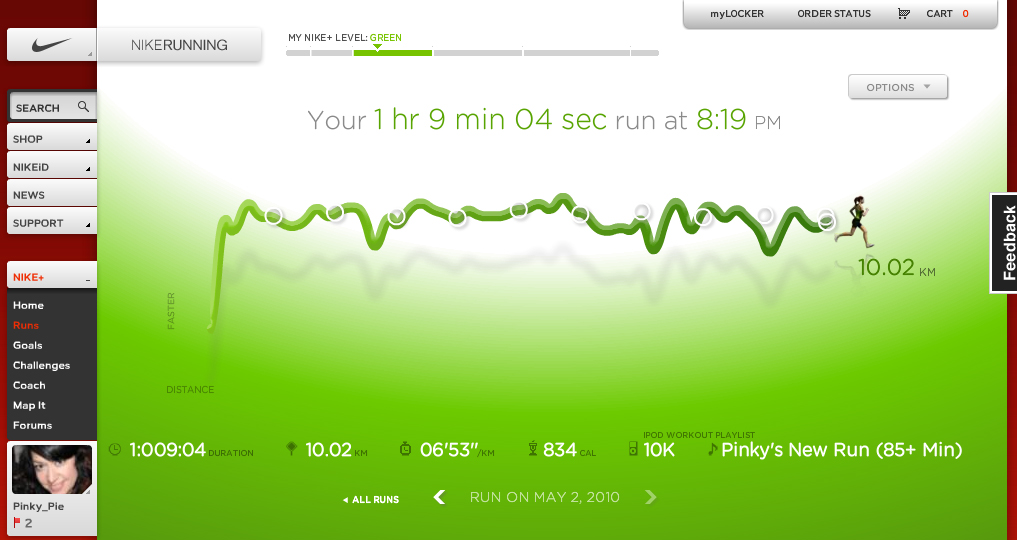 which was just an addition to the other kick-ass runs I’ve been doing lately: 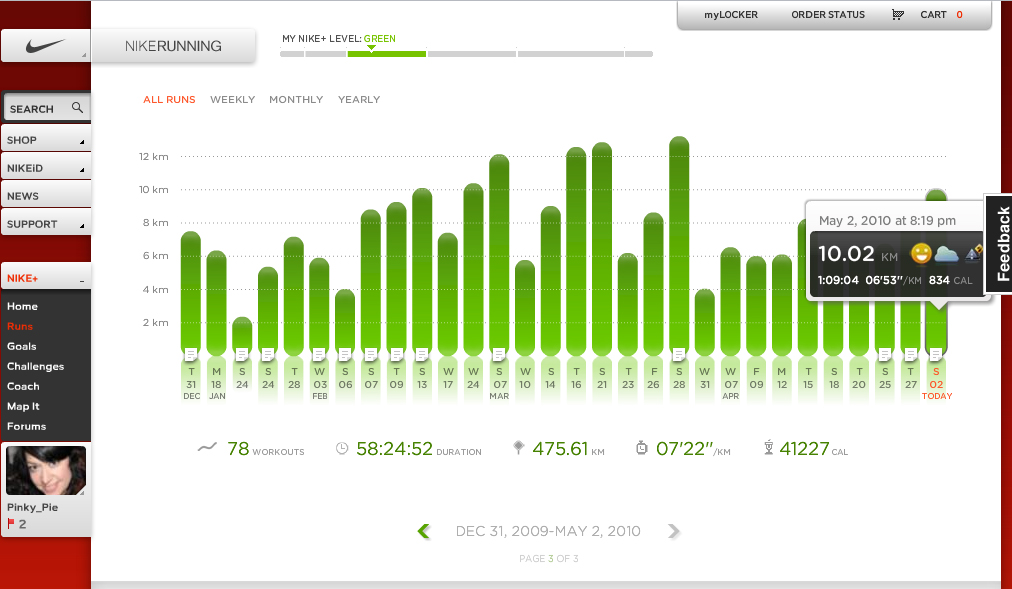 I could have actually KEPT running.  It felt that good.  But we went out with a goal of 10K and so I stopped at 10K.  Running with the heart-rate monitor has been amazing.  It’s nice to actually keep a pace and not feel winded or that I have to stop for a bit or that I’m getting a stitch in my side.  Obviously I want to work a bit on speed a bit closer to the 16K in Amsterdam in September, but I’m really enjoying just being able to run.

So what’s the blip?

Sunday evening I didn’t sleep very well – tossing and turning a bit and my back was hurting (not the part of the back that was hurting after my foot op/crutches experience – my middle back).  When the alarm went off I thought a hot shower would do the trick, but just standing at the shower my head was spinning and my stomach felt pretty bad.  I decided I would NOT try to push through it.  Thankfully I made the right decision because I spent the next 18 hours on and off with a fever and the constant feeling that I had to throw-up.  I had nothing in my stomach and was not looking forward to the moment where my body would command me to drive the porcelain bus (which, sparing you details, did finally happen).

At some point I managed to get some food in, but it was most certainly not what I had planned.  At dinner-time hubs asked me what I wanted to eat and I think the shade of green I turned indicated to him that food was out of the question.  Instead he bought me a bottle of Sprite Zero.

Yesterday I managed to eat a bit of what I prepared on Sunday (fruit, yoghurt, walnuts and a salad for lunch, which took absolute AGES to get down) and dinner was tough – hubs made a mild dinner of turkey, couscous and vegetables – I didn’t manage the whole plate, but that’s perfectly ok.

Today it seems I’m back to normal.  And we have a day off of work for Liberation Day so it looks like I work two days this week.  Which pretty much will add to the current stress of what’s going on at the moment.

Sadly, I did not get to visit Michael’s grave yesterday.  I will just go after work one day soon.  Or arrange another half day or a couple of hours off to go there and go back to work.  He’s buried at a cemetery very close to work (which means I never ever miss at least a work day thinking about him;  I pass him on the train every day).

I’m just rolling with whatever is going on in life right now and focusing on making the best choices I can.  Next week Hubs is in India.  I see a lot of Salads for dinner in my future.

PS: I did sneak a peek at the scale, knowing full well it would not be a true representation (after being ill and not eating and sweating my fever to the death).  I haven’t seen that number since 2004.  I even had to have Hubs come and look to make sure it was not a fluke.  He’s scared now.  It’s literally 3 KG away from what he weighs.  Officially I think I am supposed to weigh-in tomorrow and take pics again, but I have to go back and have a look.