Another year flew by, an exciting year, and 2016 pretty much crashed in like a ton of bricks!

On the 31st of December I took the day off and was actually able to run with my beloved running group
on the “oliebollenloop”. On the 31st we essentially eat these tasty amazing deep-fried dough balls covered in powdered sugar and you can buy them all over the city in stands set up specifically for New Year’s. I ran to the meeting place, did the run, we all stopped off at a running mate’s place for oliebollen and prosecco and then I ran back home. It was fun and actually a really good day for a run – a perfectly sunny and not even that cold winter day. Hubs was on the bike so he was able to take photos for us. 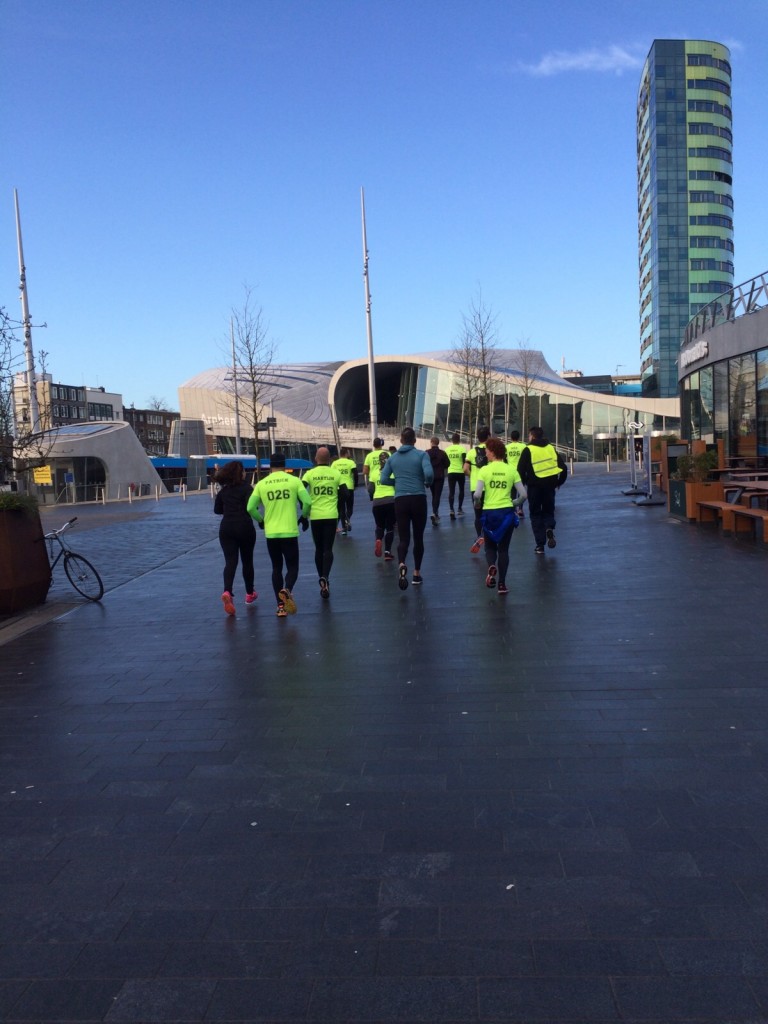 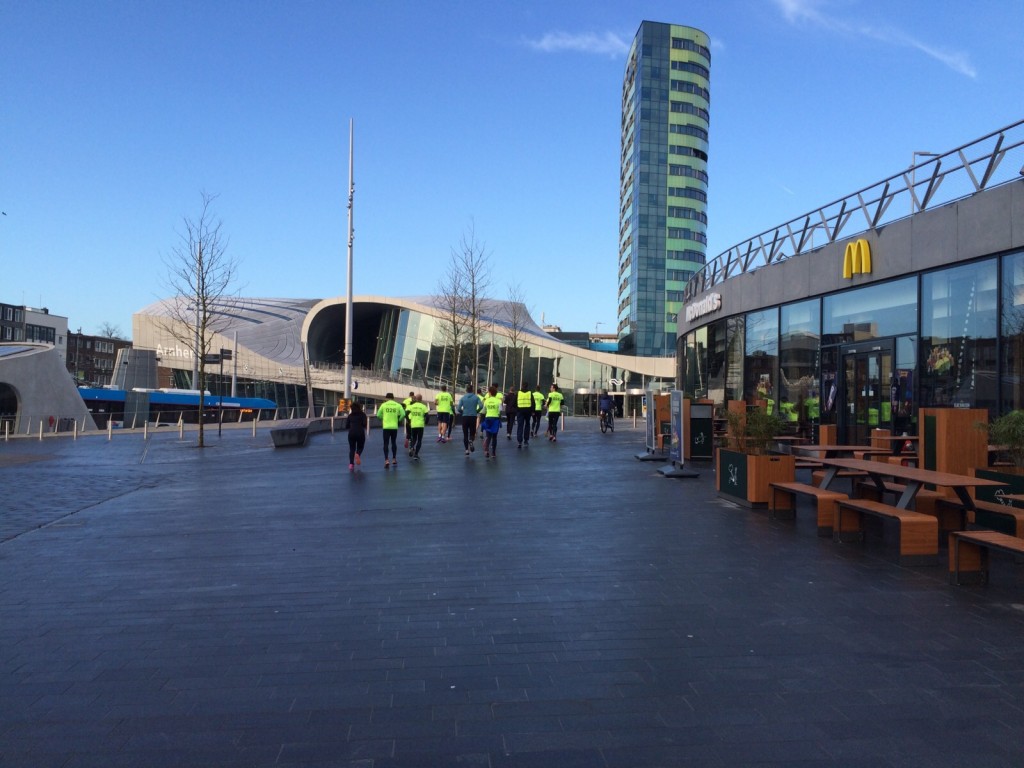 at the new station 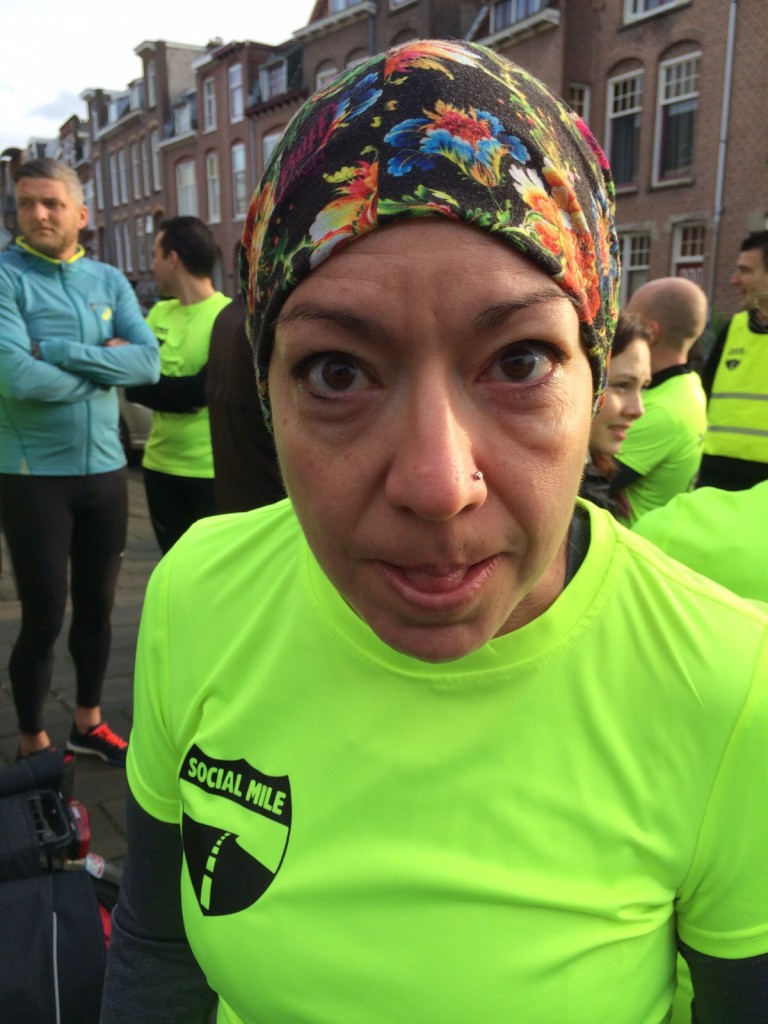 of course my husband had to take a weird photo of me.

Speaking of SocialMile, the first Sunday of January I headed out to Nijmegen to run with the 024 group. I had a long run on the schedule and didn’t really feel like running alone. They had a 15K run on the plan. Easy enough for me to jump on the train (although it was a bit early!) and meet the group. We were very much “off road” and it was muddy (but I wore my “old” shoes) but it was really good fun. Nice to always feel welcome in the sister group. Afterwards we had a drink and a chat and I was happy to have my long run on the books. 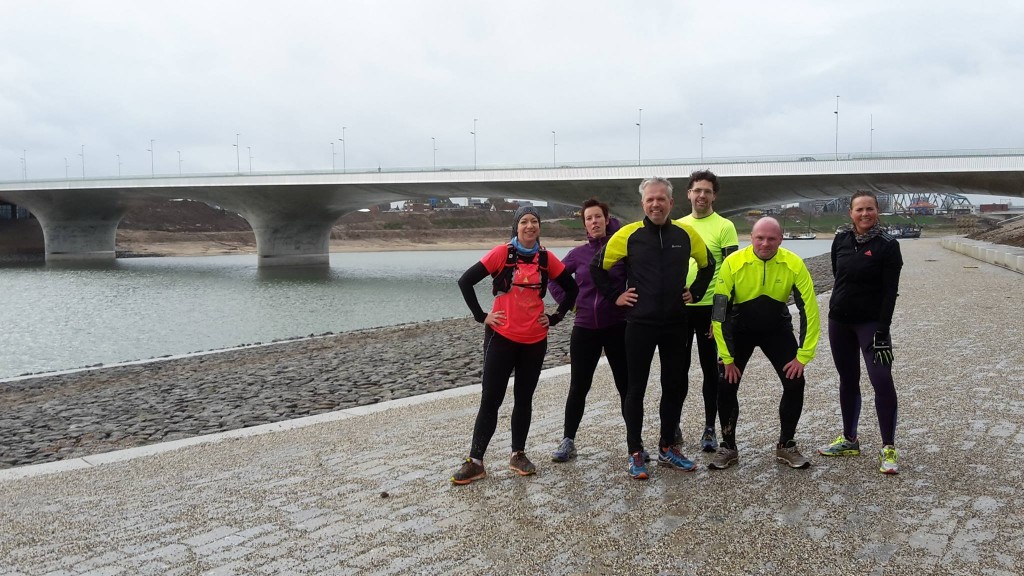 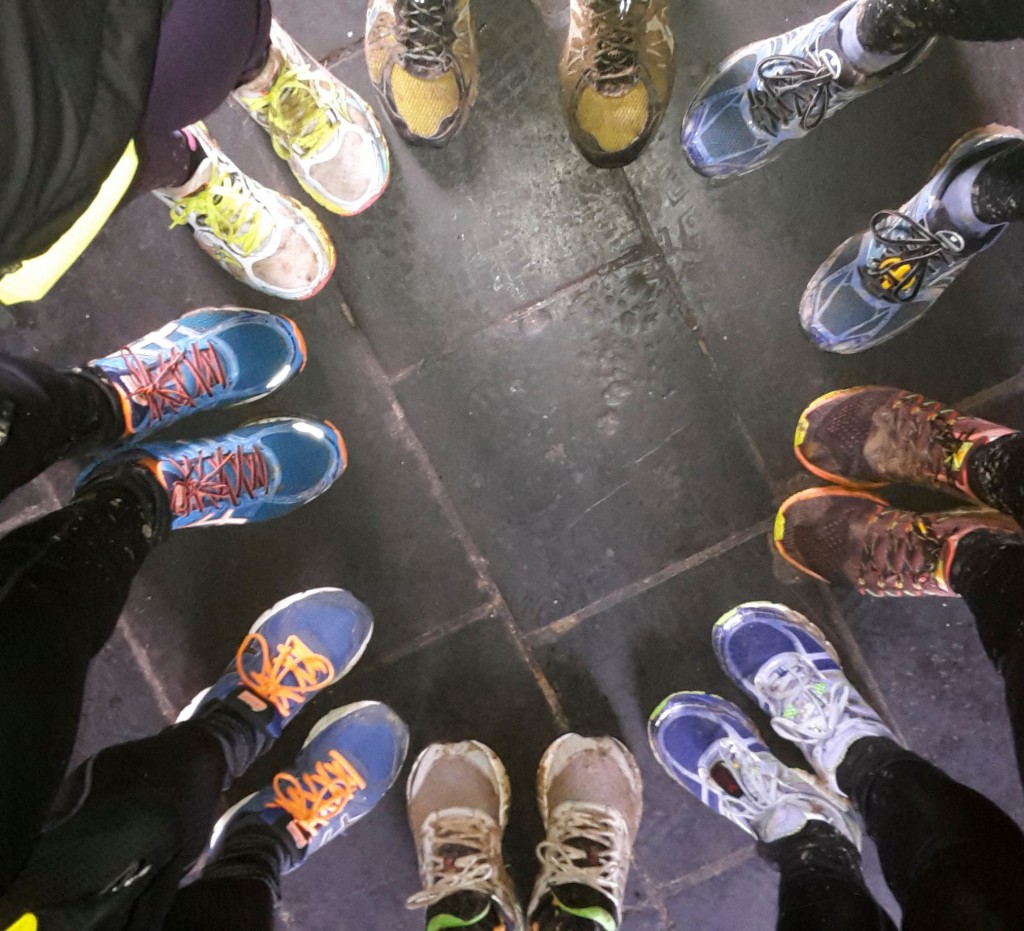 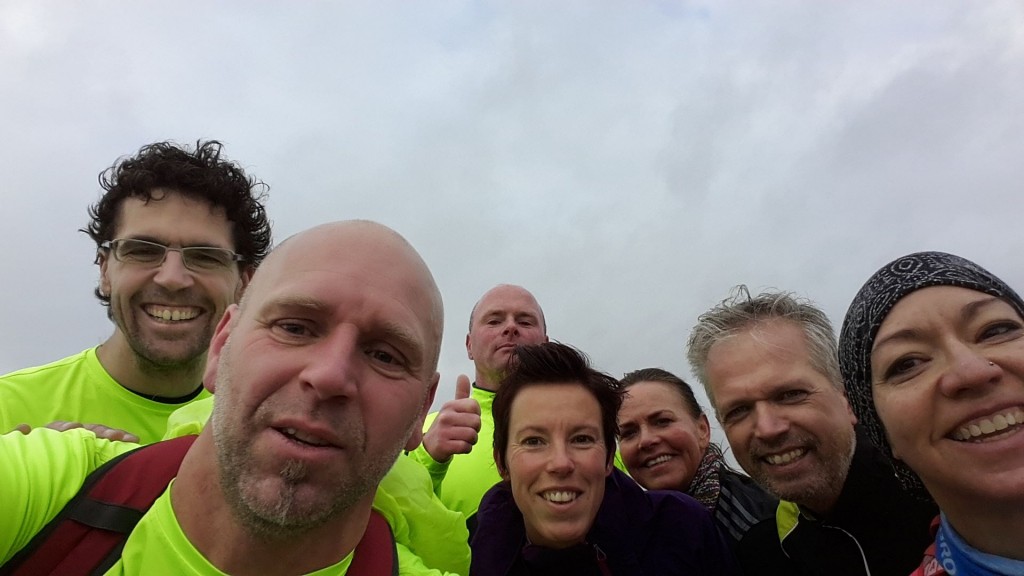 The following Monday was the inaugural edition of Monday Runner’s Day from the Run-waygirls here in Arnhem! The Run-way girls are Stefanie and Erlinde and they both happen to be in the same running group as the Hubs. Monday Runner’s Day is especially for the ladies, takes place the first monday of each month and is for all levels. Runnersworld sponsors the Run-Waygirls so we had a little goodie bag and some super tasty treats and rehydration drinks waiting for us when we were done (and we deserved it, it was pissing down buckets that night!)

The first race of the year was already on the 10th – Egmond aan zee Half Marathon. If you have been following my blog at all you’ll know I’ve participated at Egmond many times; last year I even made the last-minute decision to switch from the Quarter Marathon to the Half. This year I was already signed up for the Half and figured it would be a piece of cake. I couldn’t have been more wrong! IT WAS AWFUL! Gale force winds!! I thought I was moving backwards! The route was changed this year – normally we run 3KM in the town and then hit the beach for 7km. I always use the 3KM to get the legs good and warm and get in a flow. This year we went directly to the beach! OMG, I just couldn’t get any speed at all in my legs! It took me I think an hour just to get through the beach leg, so by the time I hit 10 I must have been going on almost an hour and a half. But I was determined to finish. I mean really, you have two choices out there – to finish or to quit. I will tell you it was the worst HM I’ve done as far as time goes. 2:45. Last year I did it in 2:22. I was so freaking glad when it was over. The medal was super hard-earned. Luckily, afterwards, we were able to have dinner and drinks together with the group we traveled with. Every year we say we aren’t going to do that again and now it seems that both the hubs and I want a do-over next year! 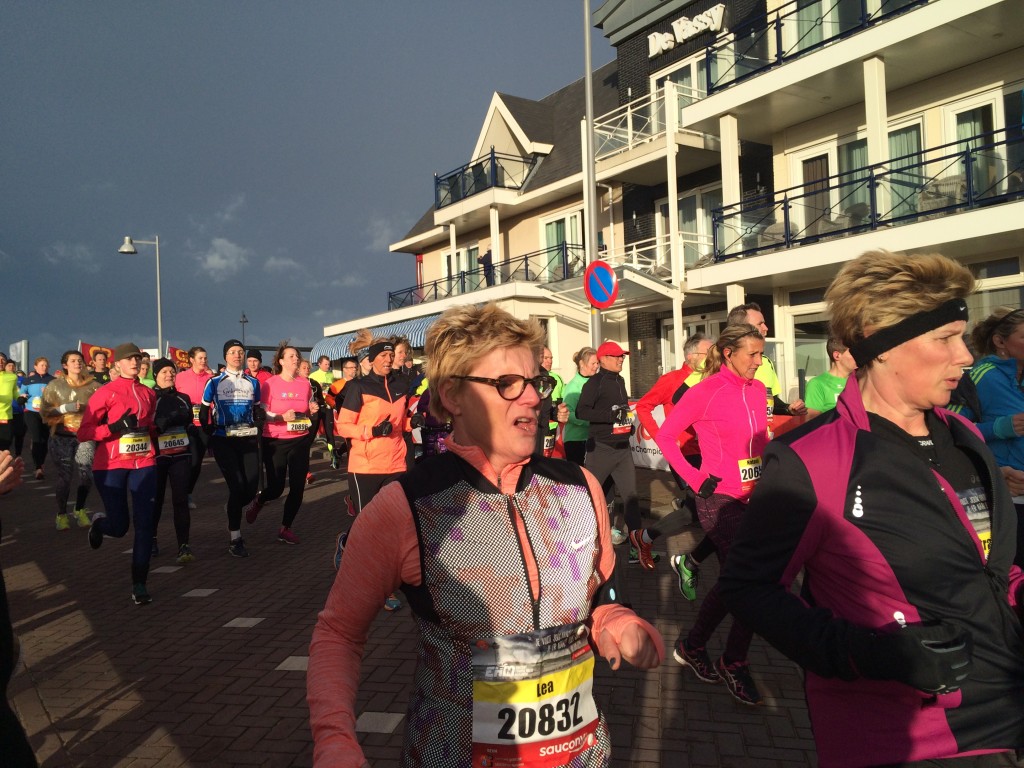 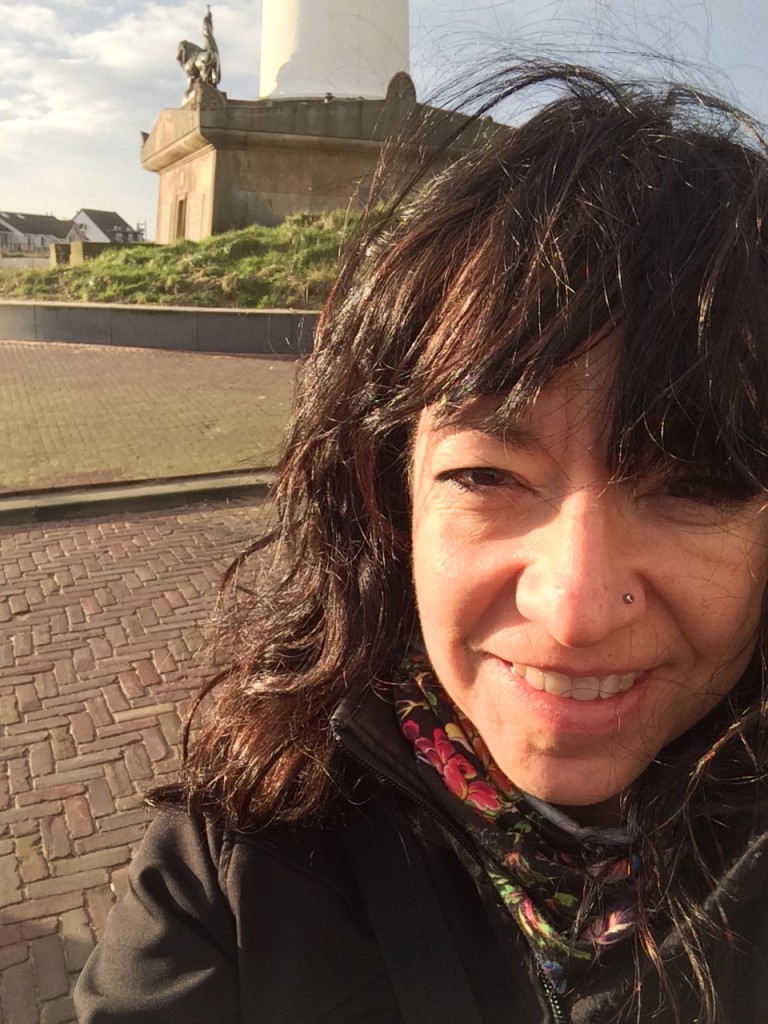 there’s some doubt behind that smile… 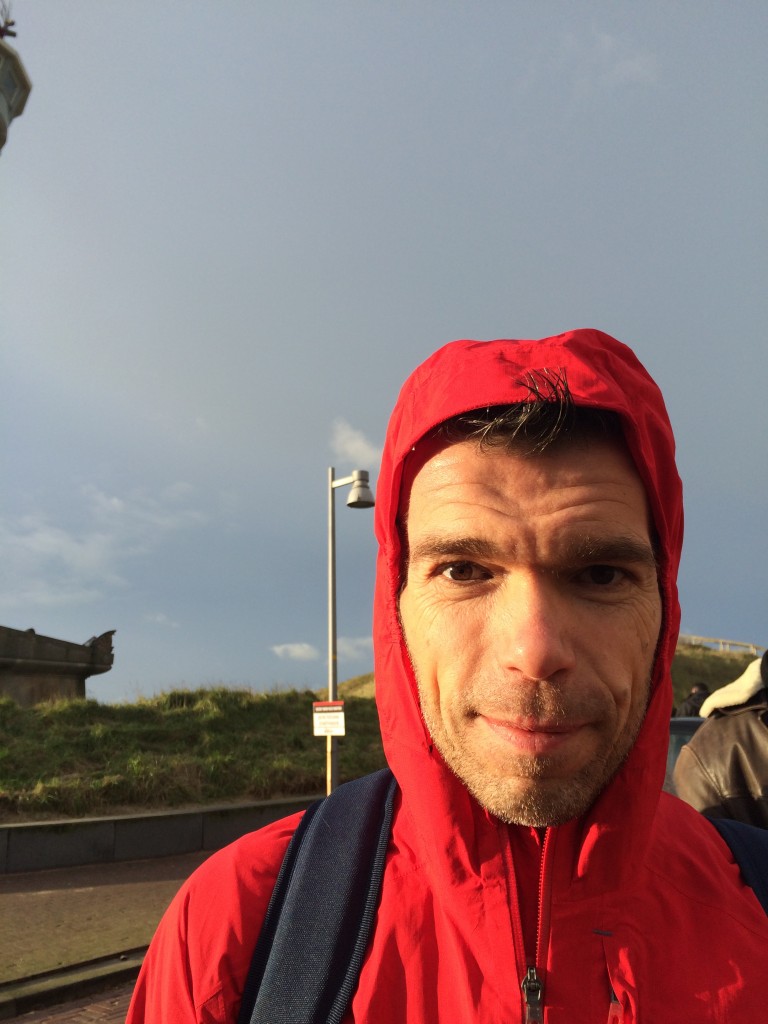 it was so windy, even the Hubs had his hoodie on to keep his hair in good form. 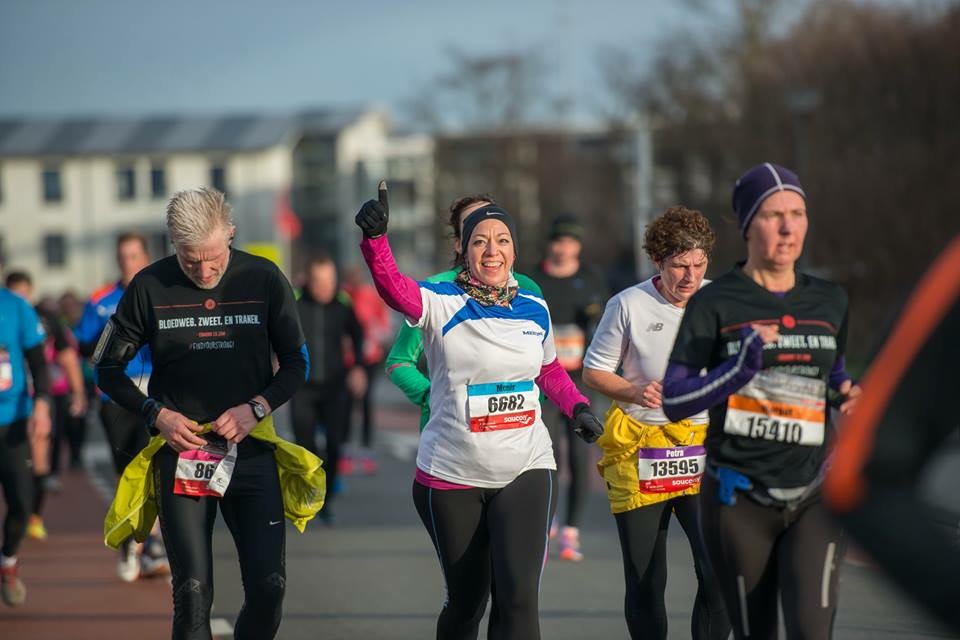 So happy to have gotten to the finish! Photo Credit: http://wietsevisser.nl/

The Hubs actually celebrated his 48th birthday, two days after the Half Marathon, which we did sort of celebrate on the day, but more officially celebrated 10 days later with a little trip to Scotland! I arranged tickets for us to see Massive Attack on the Saturday night, but we arrived in Glasgow on the Friday and met up with Tracy (yay! finally after knowing her for years through social media) for a fun lunch and gab session (even the hubs gabbed!). We did have dinner and a couple of adult beverages on Friday night but did not go overboard since we were finally going to experience ParkRun! Basically everyone in the UK who runs (OK maybe not everyone), goes to Parkrun on Saturday morning. It’s a 5K run and anyone can participate, you just have to register! However, as you know, the hubs and I are marathon training and 5K wasn’t really going to be enough. So we ran to parkrun, ran parkrun and then ran back from parkrun. 19KM in total! As you can imagine, we were slightly toast after that so there was some eating and some relaxing that may have included snoring… We went to the concert that evening (we stayed at a hotel only 9 minutes walk away from the venue – BRILLIANT), went back to the hotel afterwards and went straight to bed (The gig was GREAT by the way!) because the next day we were running the Nigel Barge Memorial 10K! Holy Hills you guys! It was not an easy race, but I met a lady whilst waiting to start and we starting chatting – she was there on her own and we discovered that we both ran around the same tempo, so we decided to keep each other motivated during the race! Anyway, now I can check Scotland off my list of places I’ve run! (not to say I won’t go there again to run, because, duh, SCOTLAND). Our reward came a bit later when we met up with an old friend of mine who is Scottish but used to live in the Hague. Was SO amazing to see her and she took us to a cool pub and then later a SUPERB indian restaurant. Before we knew it the hours had ticked by and she had to get back home. 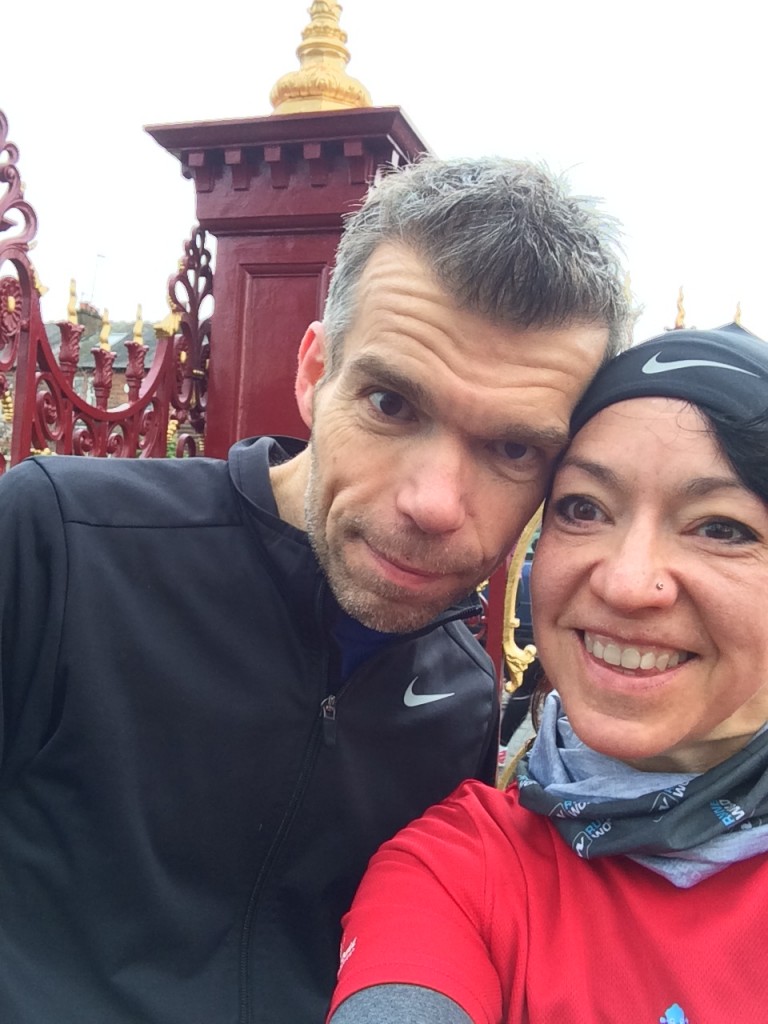 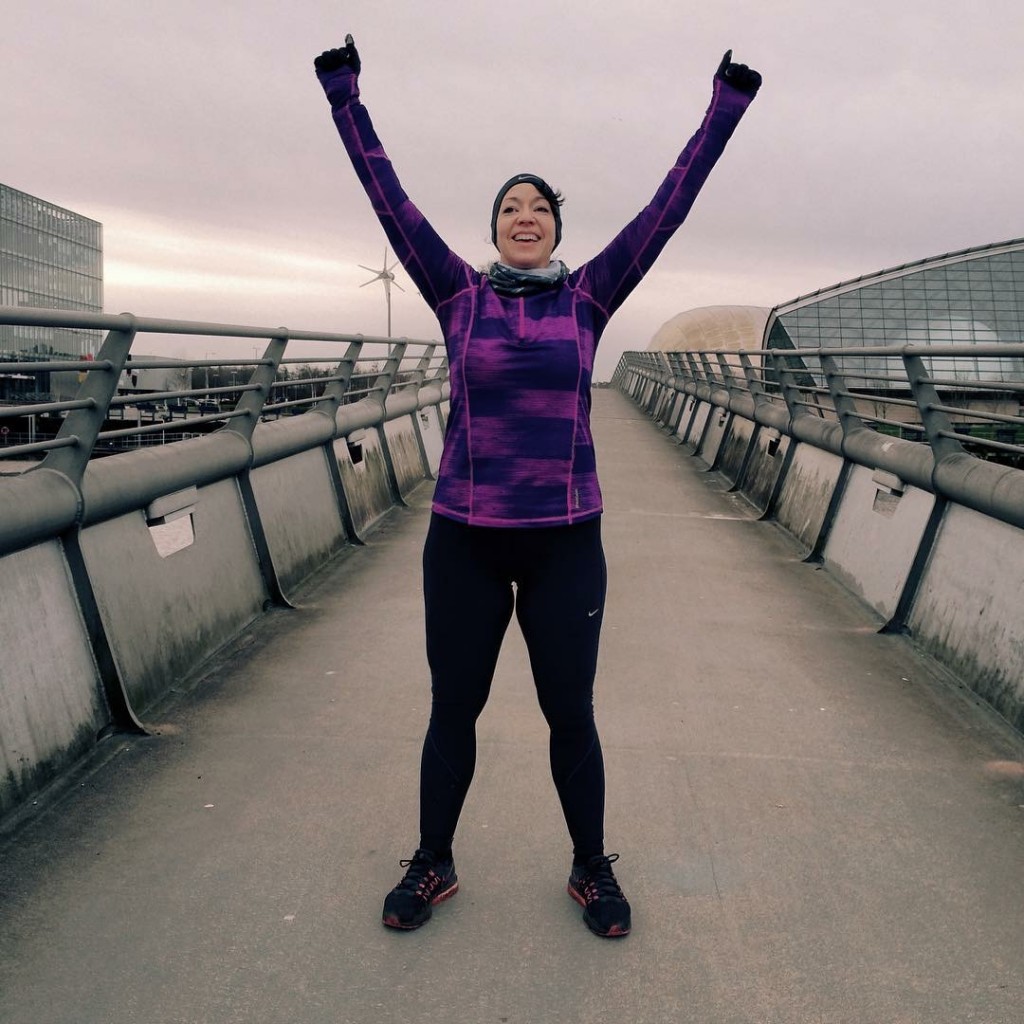 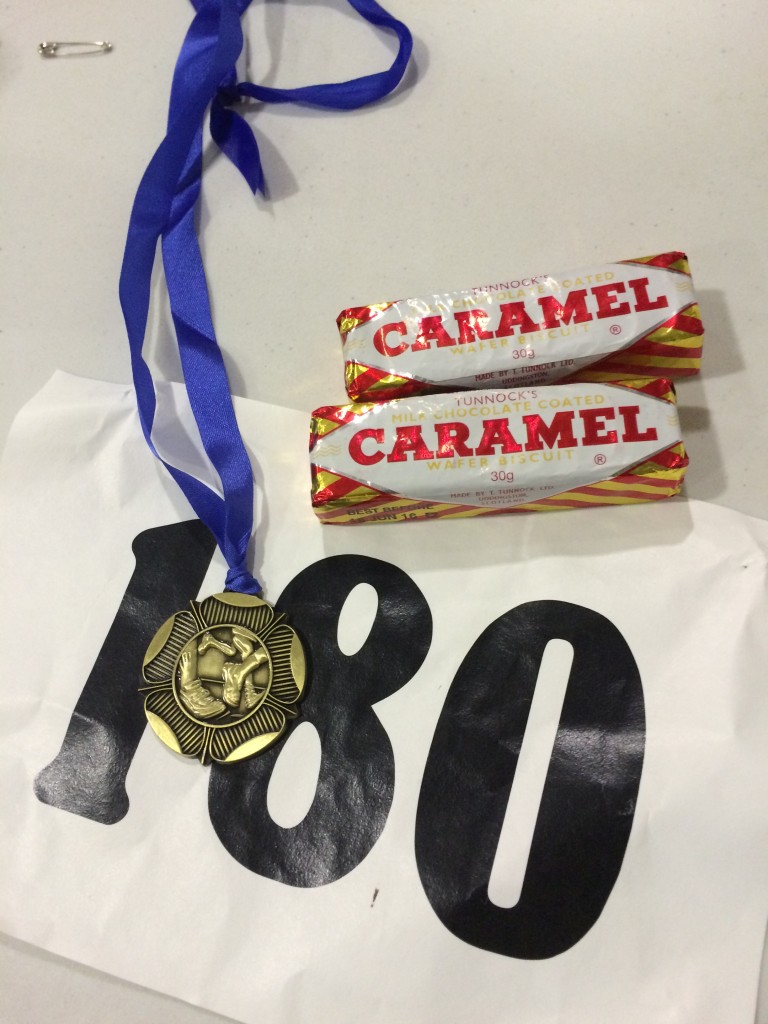 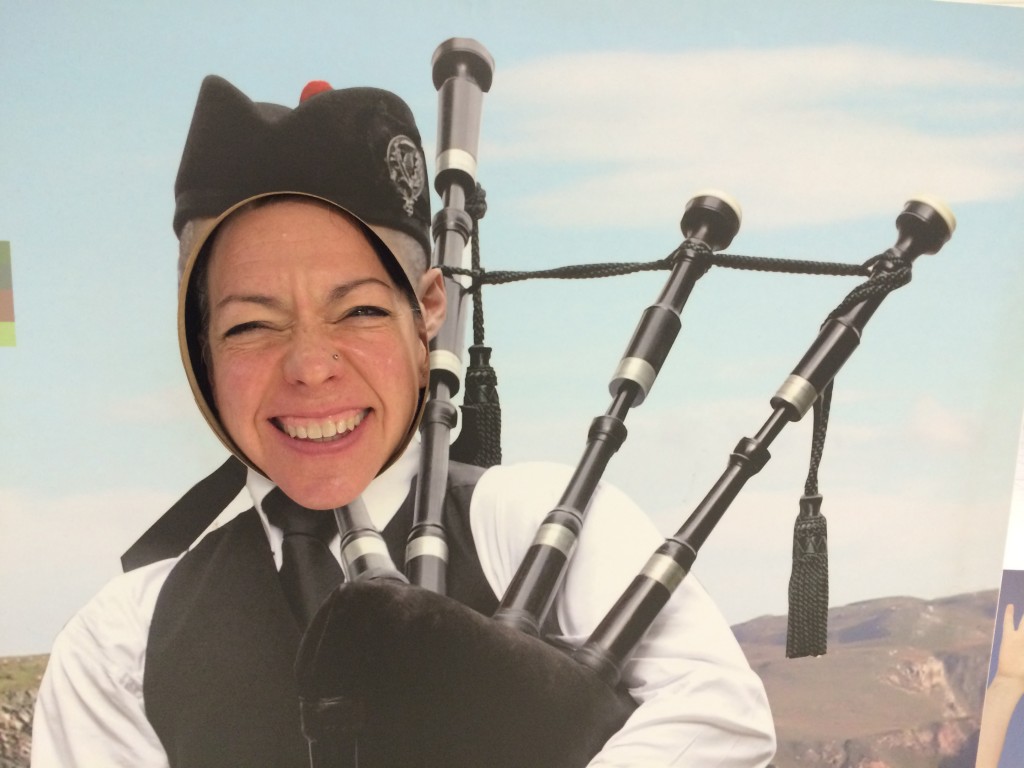 If I were Scottish, I’d be a piper.

There were other long runs when we weren’t running races, and I’m very thankful to Vincent and The Hubs for supporting me on long runs and helping me get through my training. It’s not been very easy this time around but that’s mostly because my mind is on other things (uh, did I mention school? hahaha!).

Did you do anything EPIC so far in this year? I know the beginning of the year is a time when people make renewed goals and plans; have you got goals and plans and are you already busy working on them? 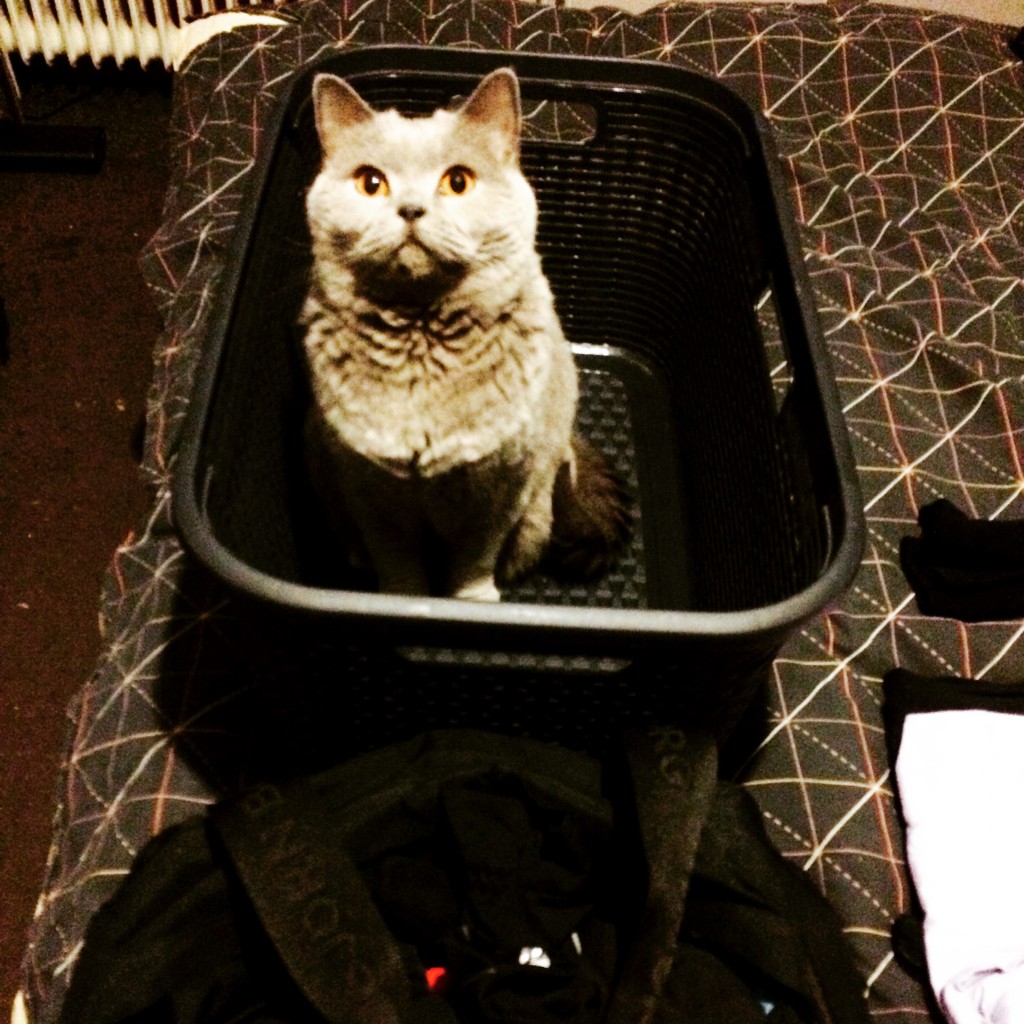