Yeah yeah yeah… behind again already.  honestly I have no idea how people have a blog post ready every day!  I feel like I barely have time to breathe sometimes!

This week was BIRTHDAY WEEK for Ron, aka The Hubs, aka the Fonz or Fonzie.  Most people wouldn’t guess it at all, but this old fart turned 50 this week and I had surprises up my sleeve.

Planning was on the hush-hush and the downlow which is why I didn’t write about it here or anywhere else publicly so he would not have any clue.  And it (mostly) worked!  I informed him weeks ago that I would be doing a course on his actual birthday (Friday) and that I hoped he wasn’t too upset about it, but it was a special training I didn’t want to miss.  This was in fact true – originally I wanted to do a course but once the wheels started turning I decided NOT to go and spend that money on airfare instead.   I’d been trying to think of something for almost a year, something special to do for him, but having a party is not really his thing so travel seemed the best bet.   There were a few options:  Iceland was high up on the list and no matter what I tried, it was just going to be too expensive for a long weekend.  For  Iceland I really need to dive in and research best places to stay, best times to go, etc.  So, that was out.  Then I thought *maybe*, just maybe we could find cheap airfare for Phoenix and I could get him into the the RnR Marathon that was the Sunday after his day.  I know, it’s a crazy thought, to just go for a few days to the states, but this race has been on his list since the inaugural event, plus I know peeps in PHX that we could have possibly stayed with, reducing lodging costs.  However, it was just too expensive.  So that was out.

One day we’ll be on this start line.

Then I started looking into budget airlines and the destinations available.  I wanted something “warmer” than here.  So Eastern Europe, and places like Germany, France, Switzerland were out.   Then I found a cheap flight to Naples.  BINGO. 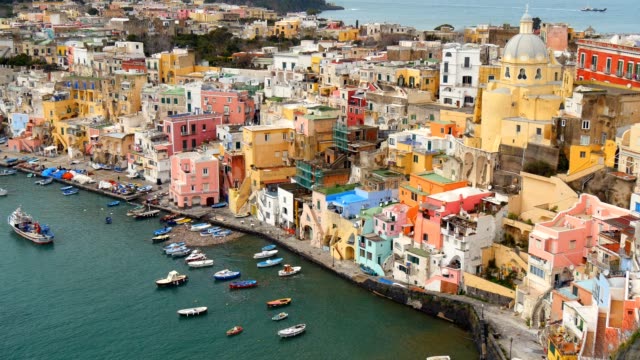 Weeks of planning, researching and asking around and it was finally all coming together.

Tuesday – busy day at work still managed to get a 2.2km walk at lunch (errands), had 1 massage client in the evening AND then had to bike over to my friend Gerrit’s to get him the keys to take care of our cats while we were away.

Total bike commute 13.3km, total steps 10.472
Wednesday–  pretty busy again at work, did not do a lunch walk but instead biked home at lunch to do / hang laundry and retrieve suitcases out of the storage so I could start preparing to pack.  Bear in mind he still does not know he’s going anywhere, so these have to be put in a place where he won’t see them.  (At this point he’s starting to get a clue, but I’ve been clueing him in each day with a postcard in his lunch bag).  Also had to bike to the bakery to pick up something we usually have for long run Sunday.   Spinning in the evening with Vincent!

Total bike commute 10.8km, total steps 10.297
Thursday – not his actual birthday but celebrations start tonight.  He’s been informed that he needs to be home by 4pm, instead he takes a half a day off to get his run in and be on time.  Not how I had planned but at this point it’s fine – he hasn’t seen the suitcases nor really is questioning why I have to have ALL the laundry done.   I worked until 3pm (was super focused and efficient, trying to finish everything), got home and he’d just arrived back from his run.  Now I inform him – you need to pack for 4 days, you can bring 1 running kit, I tell him what the weather is like, I tell him that we leave at 5:30.  He’s excited but he still doesn’t know for sure what is happening.

where ARE we going??

Here’s where I made my mistake:  we use a specific email for booking.com so that we both have an overview.  Unfortunately I used this for the B&B I booked and the hotel on Thursday night in Amsterdam and he got the reminders.  He didn’t read the mails, but he saw destinations…

A couple weeks ago he informed me that he made an appointment for the yearly inspection of the car on the 15th of January, which, unbeknownst to him, was a day he was not actually in the Netherlands.  So this week I spent quite some time making phone calls and arranging with Vincent to take the car on Monday.  That’s why we had to leave at 5:30, so we could get the key to Vincent.  After that we were on a train to Amsterdam – also not in the original plan, but since we had no car to park early in the morning Friday, we had to go the night before.

Oh yeah, total bike commute 4.4km, total steps 11.275
Friday – Early morning flight to Naples, Italy!  Today is the day my love turns 50! Want to know how to stay active on holiday?  Go to a place where you will walk your tush off seeing all the sights.  Stay at a B&B with three flights of double stairs.  Trust me.  You won’t be sitting around!   We arrived at the B&B and then an hour later we were participating in the Naples Underground tour.  Highly recommend.  Will elaborate further in another post – lots of photos!

The B&B helped me plan the party as well – champagne, cake and balloons. He was definitely surprised!

what’s more Italian than nuns walking on the street with you?

Saturday–  We were up at on our way to Pompeii around 9:30.  It took some time to figure out where we needed to get the train, but then it was an easy 35 min train ride directly to the site.  We spent AT LEAST 5 hours walking around.  The place is huge.  And impressive.  I’ve been to other very impressive sites before – I’ve seen the Colosseum and the Forum in Rome, I’ve been to Petra (ok, you can’t really compare ANYTHING to Petra), this place takes the cake.  The sheer size is just so amazing.  You can really imagine what civilization must have been like in this ancient Roman town.    If you ever get a chance to go to Naples, definitely get out to Pompeii (and Herculaneum if you have time) to experience this yourself.

the weather was pleasant and the sun was shining!

Total steps:  22.404.  Feet were totally wrecked
Sunday – I didn’t want Ron to miss his long run on Sunday so part of my research was finding a place to run.  I also arranged to rent a bike, though my first rental fell through on Thursday and I had to scramble around to find another bike to rent.  Luckily I also have an ex-colleague that I still have good contact with – he lives in Milan (not the one I met up with in Rome last May, that was yet another Italian ex-colleague), but is originally from Naples and still has tons of family and friends there.  He gave me some tips on where to get the best pizza (most important) and where to run.  The info meshed with what I had discovered on the internets so after a hearty breakfast (that the B&B so kindly provided early to us)  we were off to the bike shop… which was closed…  Thinking that it must just be that the shop was on “Italian Time” , I sent a quick message to the shop manager that I’d had contact with the last few days and he had someone down there in a flash.  No stress.  However we left a LOT later than I would have liked.  Naples is famous for a LOT of things and not all positive – the traffic though is like nothing I’ve ever seen (and I’ve been in traffic in Istanbul which is a nightmare) and we did not really want to be in that traffic as the day clocked on.  But, it was what it was.  So 10:30 we were finally on our way, along the water and then 7km uphill to a small suburb of Naples – 11 km out and then 12 km back.  The way back was insane once we hit the promenade again.  We laughed a lot.  You have to laugh because the traffic is just so unbelievable.  AND people on scooters, on foot, on skateboards and they are ALL doing whatever they want!   We managed to navigate safely back to the shop – 23km in the pocket.   Pizza and beer were the reward.

Running in shorts and short sleeves. In January. Who wouldn’t want to?

We also went to the Cappella Sansevero but I will elaborate more in another post.

Week 2 is probably a distant memory for you all – I’m glad I write so much down and take photos.  Remembering is challenging sometimes!

So tell me!
How was your second week of the new year?
Have you ever been to Naples, Italy?  What about Reykjavik or Phoenix?
Have you ever planned a surprise party or trip for someone?
What is one of your dream destinations? Would you make it an active trip?

and finally … are you still doing Rachel’s challenge?

Hey! I’m Renée, 50 years old, a former fat girl who started running just to lose some weight and in the meantime found out that running changes pretty much everything. My favorite running partner, Ron (also 50), started running just to support me, but he found out he actually had a talent for it and consequently has run over 20 marathons in the span of 4 years 3 of them being World Majors.