as I mentioned on my last blog post, this week has been a total bust as far as staying on plan is concerned. Not the end of the world and actually some really nice things happened as well :) 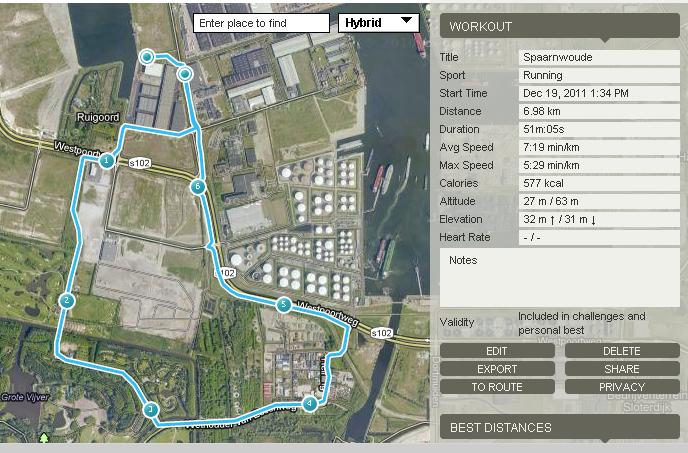 I also went out in Rotterdam for African Food with my friend Tammy, her husband and if you have been paying attention, Penny (who I know thanks to Tammy), plus a few other friends of Tammy’s that I did not know previously. Dinner was FAB, the company was great and most of all I got to meet Penny finally and see Tammy again. Rotterdam is fairly far away for us, Penny is even further, so we had to take the opportunity that presented itself to us.

I did not get home however until after Midnight. I planned on going in “late” the next day, i.e., taking the 8:30am train to catch the 10am shuttle bus to the office and then making up the time due to a conference call I had until 5:30pm. As luck wouldn’t have it, my train was just enough delayed to be cancelled at Amsterdam Central Station, leaving me to have to take another train, putting me in at my station at 10:01… just late enough to miss the shuttle. I waited for the City Bus… it never arrived. Then it started raining, HARD. I ended up taking a taxi with another colleague who was also waiting.

The rest of that day and the next is a total blur to be honest. Tired. EXHAUSTED. Not planned my meals well at all. Ate too much junk. Wednesday I even took the car to work to take some things home (I bought a table recently at an auction we did to raise money for the Horn of Africa), and I remember only driving home and feeling so incredibly tired that I felt physically ill. (So I knew that being out on Monday night would wreak havoc, but I still say it was worth it). By Wednesday evening 9:30pm I was in the bed, on my way to dreamland.

On Thursday we had a surprise lunch for all of us at work – Pizza. My plan was to pick up a salad but there was nothing available (that I thought would be tasty AND worth the calories) but I had Pizza instead. (Makes sense right???). Then the Big Boss let us all go early, so I went into town (Amsterdam) to do some last minute shopping (which was awful, tiring and back breaking) and hang out until my friend P was off work – we had planned to have a beer or two, catch up and she had some amazing giant cookies for me (and they were truly amazing). So basically, beer (yum) and cookies (delish) – more junk prior to the holiday.

Friday we were off officially. I was meant to work in one of the stores but I already cancelled Wednesday. I felt physically so broken. So I got some sleep, took care of the grocery shopping, managed to find what I was looking for in Amsterdam just here next door to us (as a side note, I don’t see what is so special about shopping in Amsterdam; all the same shops over and over and over again!) and by the time all that stuff was done the kids were arriving for the weekend. I managed to have a decent lunch of roasted veg, chicken and noodles and I prepared a healthy dinner for us as well – couscous, veg and turkey. My stepson had made apple pie and brought some to us, so we had that for dessert.

Saturday we spent cleaning up and preparing for my mother-in-law to visit us. She doesn’t really come around very often – she lives in the town that Hubs comes from and lives in a home. Several years ago she had a stroke is in a wheelchair and seems to have aphasia. So with Dutch being my second language and she hardly being about speak/get her words out, it’s quite a challenging situation. Regardless we still all had to chip in and make the house look presentable! Once that was done I went out for a run! 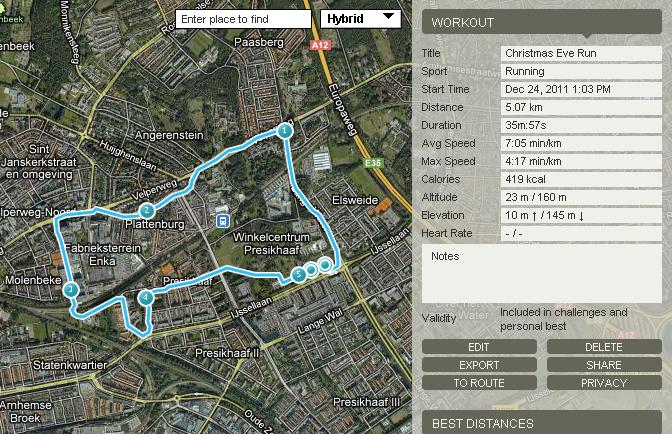 This one felt REALLY good. I actually just started. No warm up, nothing. I thought I would just do a round and come home. Nothing major, just get out and feel the wind and the bits of rain and the patches of sun. Just enjoy it. And so I did :) No pain, no stress, no nothing. Just some music that makes me feel good (cheesy vacation tunes that make me think of Greece and the great time we had a few months ago) and running. No time or distance goals. Running just because. AWESOME!!

I came back, showered, got ready and then Hubs went to pick up his mother while the kids and I started the traditional peanut butter cookies (for Santa of course)! I love doing this – I did it with my mom and my grandma and I just love that I can share it with my stepkids. Hubs and MIL arrived at the house, we finished up the cookies, hubs made an incredible pasta meal for us, we had drinks, laughs, it was all good fun.

Hubs returned MIL home around 9pm and the kids prepped for bed. Once hubs was back we had a few glasses of wine and watched a movie (Barton Fink – I know, old and kind of a weird choice for Christmas but it was Hubs’ choice) and then put all the presents out so that the kids would see the big pile in the morning.

And So this is Christmas :)

Unfortunately the Girl had Female Trouble real bad so the morning started out with needing a hot water bottle and some serious ibuprofen, but eventually she felt better. Everyone loved their presents :) Hubs bought me the pink Nike running jacket I wanted, a pink skirt from RunningSkirts (I would prefer to buy from Hiphardlopen.nl but they don’t have my size with just a brief underneath), a new gloves and hat pack (black!), a subscription to RunnersWorld Magazine (YAY!), a new digital kitchen scale with timer and alternative weights, a book light (can’t read in bed because our light isn’t bright enough!) and an Audrey Hepburn Calendar (LOVE Audrey). All in all I’d say some great loot!

Now we’re just hanging out. Hubs is watching LOTR (again!) and I’m going to do my nails and drink coffee. The kids went to their Grandma and Grandpa (Mum’s side) and we are going to have Fondue tonight for our Christmas dinner together.

I hope all of you had a wonderful holiday, if you celebrate it, but no matter what, I hope that this time of year brings you the chance to reflect and find the good things and work towards the less-good in your life. I don’t celebrate Christmas religiously, but I do think the sentiment that Christmas brings is one of caring and loving one another – my biggest wish this time of year is that we stop being so materialistic and selfish and start thinking even more of others to exist peacefully with each other. John Lennon reminds me constantly of how amazing it would be if we could just IMAGINE: