It was a crazy, crazy week last week.

Basically, on Monday morning, my husband was in a car accident. He’s fine. The other person is fine, but the car is just trashed. In fact that car no longer belongs to us. 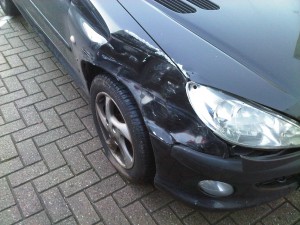 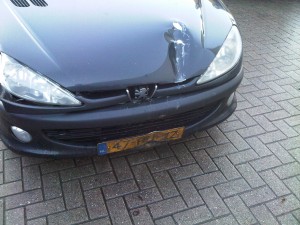 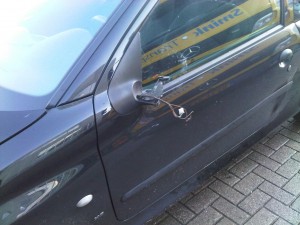 Any accident is bound to ruin someone’s day/week/month/year/life, right? No one wants to be in one and no one wants that call… the one where they say “there’s been an accident” because you generally don’t hear the “but I’m fine” which is said afterwards, if you are lucky.

So we started the week with that stress. I went home immediately to be home when he arrived home. We went to the doctor and he was really, truly fine. We got up even earlier than normal on Tuesday and Wednesday because we had no car with which to commute. We got the call Wednesday that we would get “nothing” for the car; it was “his” fault because he hit the other lady from behind – even though she admitted she slammed on her brakes. To the insurance, it was his fault.

Poor fella’s birthday was on Thursday and he was not feeling much like celebrating. Luckily he was open to having a birthday present and a chocolate muffin from work ;) It was only Friday when we were feeling a bit more optimistic – and we went to celebrate with M in town, so there was wine, good food and laughs.

Saturday morning and no rest for the weary. Up and out the door to look at a “new” car about an hour’s drive away – it was basically the same car, newer and a wee bit of an update (a Peugeot 207 instead of a 206 and only 3 years old). 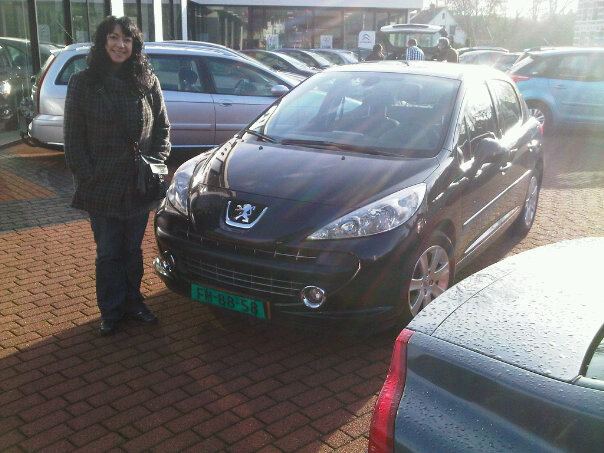 We had a really lovely day out, bought the car, had a lovely late lunch and headed back home eventually, in separate cars – I had a loan car from the Garage and he had the loan car from the insurance that had to be turned in on Monday. Then we got ready and drove again 120 KM to Haarlem where we celebrated our friends’ marriage that happened in December (my Running Hero and his partner). It was a late, late night, we were absolutely exhausted when we finally arrived home at 2:30am…

Sunday my main requirement was to sleep in – and that I did. 12 Noon and I finally woke up… no alarms, no cats, no light streaming in the bedroom window. Pure, unadulterated sleep.

I did not have a lot of exercise last week, though I did go to my new gym on Wednesday – and tonight I have my Fit Test! I’m planning on running this week – had no chance last week and on Sunday when I wanted to run I realised all my clothes were in the wash! So I went for a 16KM bike ride instead. Just needed the fresh air and it was so beautiful outside I couldn’t resist!

Operation “Get Enough Sleep” wasn’t a full success yet so I’ll be continuing with this experiment. This week I’ve also pledged to myself to lay off the candy jar once and for all. It’s enough. I’m feeling the holiday and after-holiday pudge now. Time to get back in the groove for real!