It was a couple of weeks ago already, but I am still smiling about my experience with the Ladies Run in Rotterdam this year. What a difference from last year!

If you have been following along, you’ll remember that last year’s Ladies Run was my last one before being forced into taking a break from running to save my knee from more pain and possible damage. Last year it was also raining, but most importantly I ran the entire race in pain and this year it was much, much better.

Last year I did run it faster and I think it had a LOT to do with the fact that I just didn’t want to stop at all for fear I wouldn’t finish. I don’t care much about time, though I do suppose that at some point I would hope to get faster simply from being stronger and maybe even losing a couple of kilos.

Anyway, it was a great day. We didn’t have to start off too early and this year we drove (all of us) down to Rotterdam to my friends Tammy & Xander’s place as they live pretty close to the Ahoy where we were starting the race. We were met by Penny and her family as well and headed off all 9 of us on the bus to the starting point!

We were in plenty of time to hang out, get nervous/excited, pick up my tee-shirt but unfortunately I missed meeting up with Joanna, who was running the 5K prior to the 10K; I thought there would be a window of opportunity before the warm-up but it was not meant to be. How exciting this day was though! It was Penny’s FIRST 10K and our FIRST race together!! 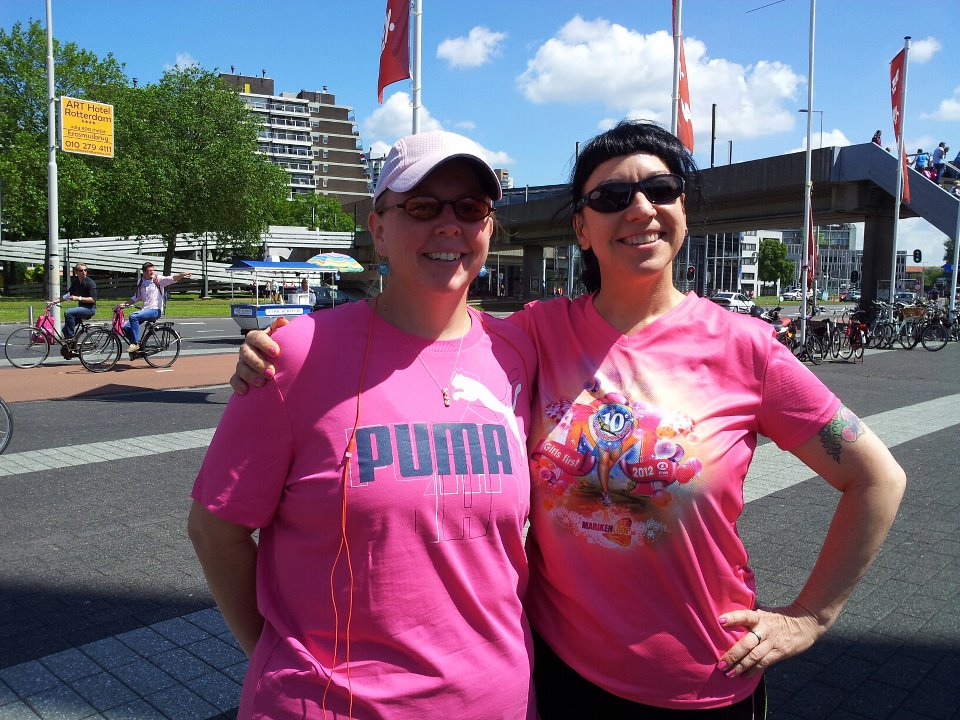 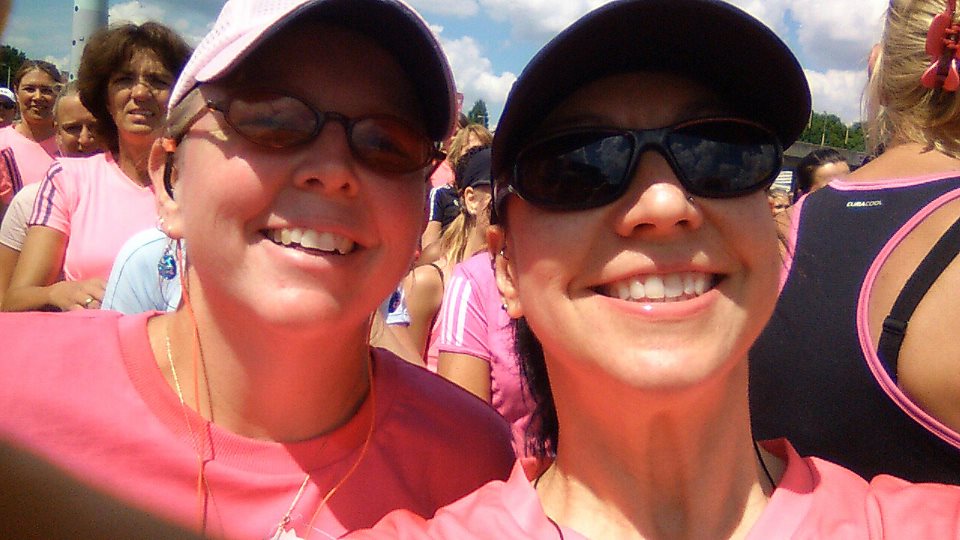 We did the warm-up together which generally speaking I do either half-ass or not at all. BUT, it was a really good warm-up, I quite enjoyed it! And I really felt like the legs and the muscles were ready to hit the road. It was already quite warm out (especially after the weather we had/have been having) but I was pretty confident it would be all right (not as hot as at the Marikenloop).

We ended up near the front when it was time to go and we were off! The best part of the whole race was actually seeing my people cheering for me at a few KM’s down the course! Normally this never happens, since I only have one or two people with me at a race. How exciting to see Tammy especially smiling at me from a distance and waving like a crazy woman whilst trying to take photos at the same time!

Me waving wildly back 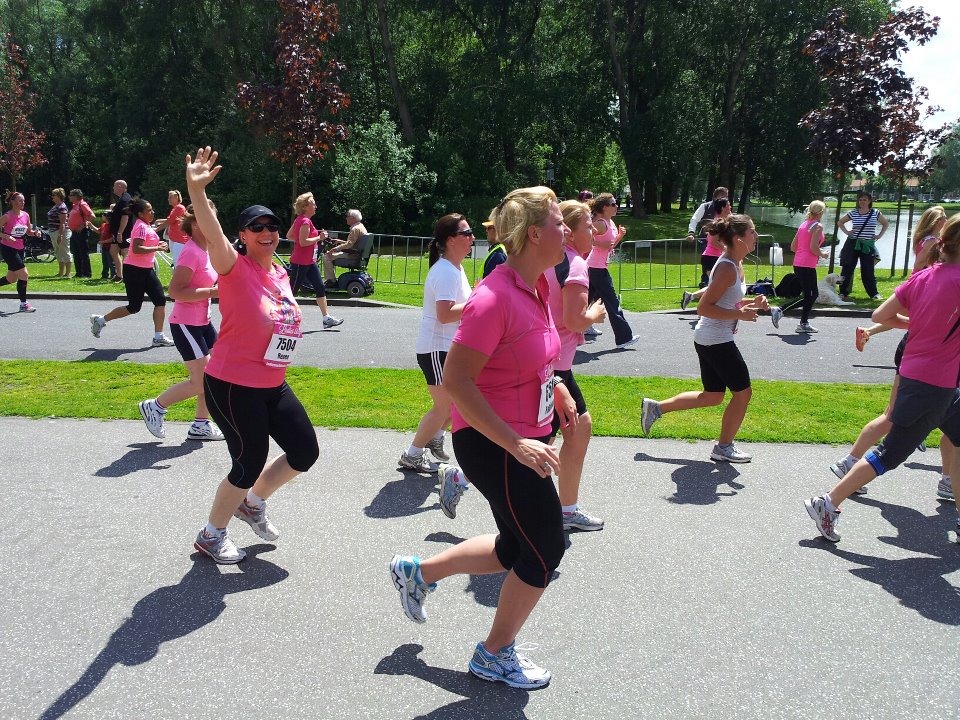 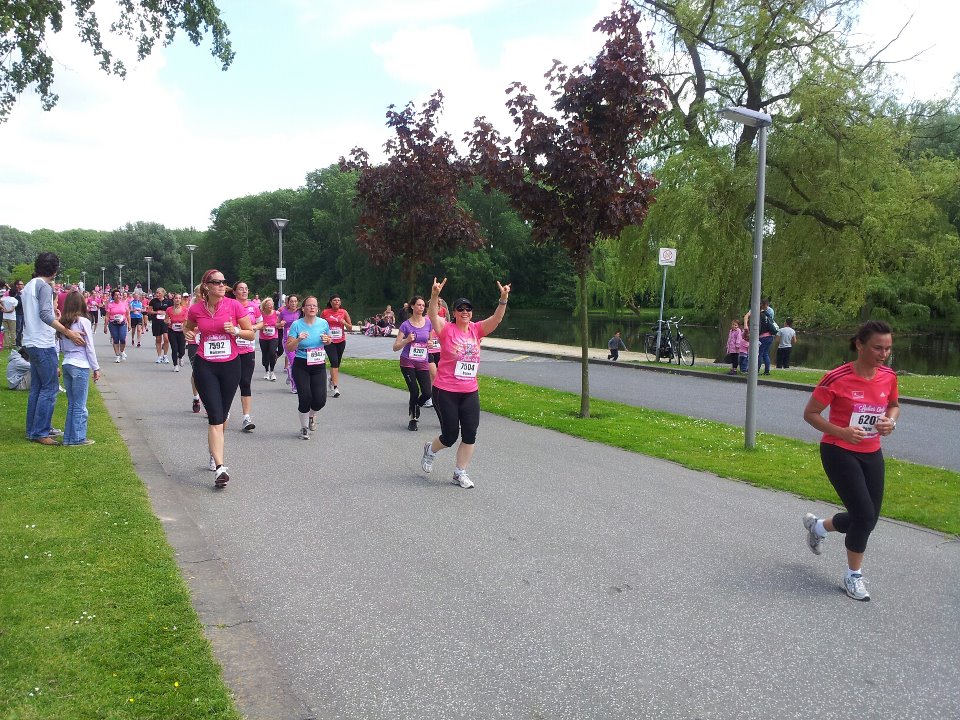 So it really WAS warm out. I had to stop at the drink stations a few times. I had to walk about 500 meters between 8 -9 KM. Ultimately this slowed me down and put me about 2 minutes slower than last year. I am VERY happy with the result though! I am VERY happy that I could run with Penny (and she was only a couple minutes behind me! ROCK ON SISTER!!)! I am VERY happy to have had so many great people there supporting us! 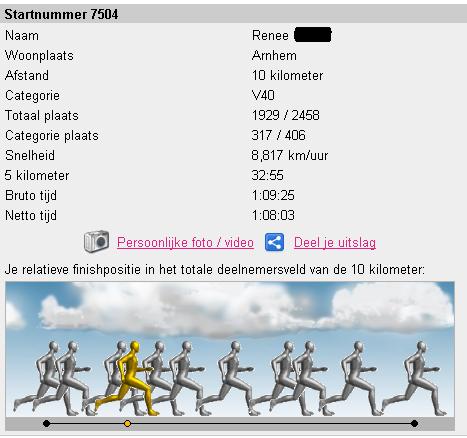 After the race of course you KNOW I had my cold beer and french fries! 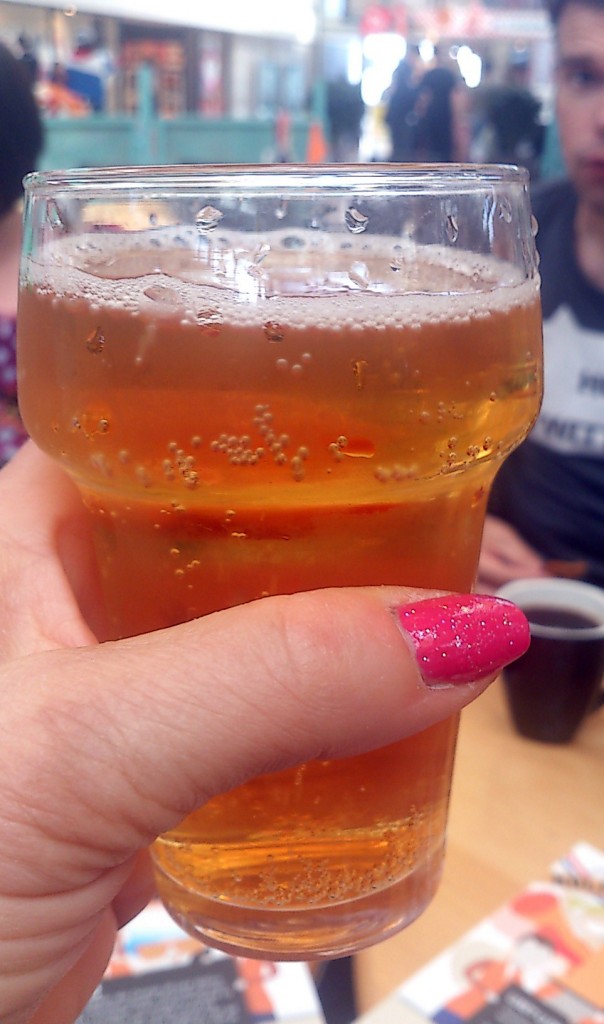 It was fantastic just hanging out with friends and the kids. Later we made our way back towards home, stopped off for some dinner (which was a large salad) and after taking the kids back, got home, took a shower and passed out!

A special shout out to Tammy – thanks for the use of the photos!!