Did I mention the copious (compared to how much I normally have) amounts of maple syrup I brought home from Fitbloggin? Thanks to Pure Canadian Maple Syrup ‘s samples and Michelle collecting as many samples as possible from the Natural Food Expo happening at the same time in our hotel I have quite a lot! I’m not complaining that’s for sure!

So imagine my glee whilst scrolling through my emails when I found this recipe. I knew immediately I had to make it!

As you know I’m kind of a free for all cook, so I added MORE garlic and definitely used some fish sauce. My salmon fillets were somewhere between 160-175g (which, to be honest, is a bit much, I try to shoot for 120-150g max)

Instructions
1) Combine the first six ingredients in a medium-sized pot and bring to a simmer for about 15 minutes, or until the sauce has thickened and has the same consistency the maple syrup had.

3) Marinate the salmon in the fridge for at least 20 minutes, preferably 1 – 2 hours.

4) Preheat the broiler. Take the salmon out of the marinade and blot it dry with paper towels. Discard the marinade. Put the salmon on an oiled broiler pan if you have one; an oiled baking sheet will also work just fine.

5) Put the salmon under the broiler 5 to 6 inches from the heat source. Broil for about 4 minutes on each side, until the salmon is just cooked through and golden brown on top. Be careful—it does like to burn.

6) In the meantime, gently heat up the remaining glaze.

To check if the salmon is done, stick a pointy knife into the center of the thickest fillet, then touch the tip of the knife. If it’s warm, the salmon is ready.

Scatter some herbs on a platter, put the salmon on top, and drizzle with the warm maple soy glaze. 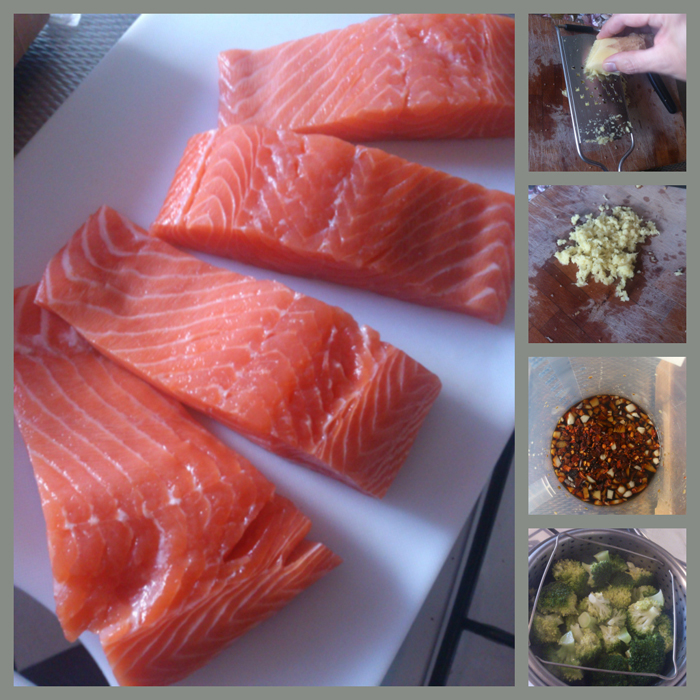 I did marinate for around 1 hour.

I didn’t really use a broiler pan, I just put the salmon fillets in a pan in the oven and kept and eye out on them so they didn’t burn.

I didn’t “scatter” anything – I steamed some broccoli and made some basmati rice to go with the salmon.

I did not discard the glaze liquid – it was so tasty that I put a bit more on top of the salmon and over the broccoli and rice.

If you like salmon and want another reason to dip into your maple syrup, definitely try this one – it’s a definite winner at my house! 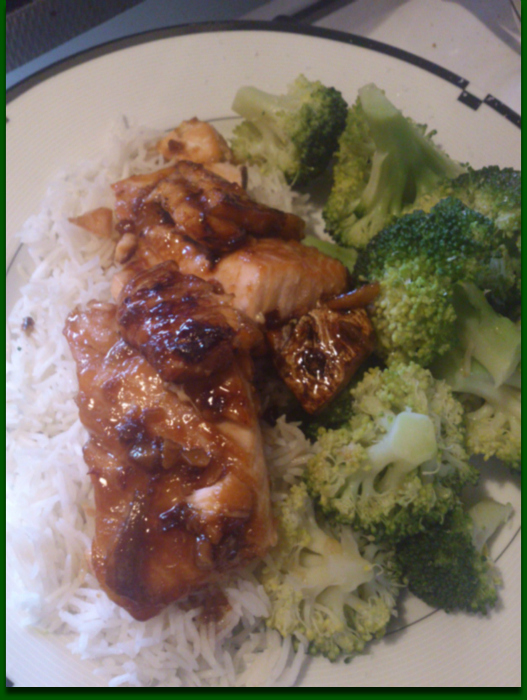 How could you not want to eat this?

What do you usually use maple syrup on or in? Have you ever thought to use it on something other than on pancakes or in oatmeal?