So that stuff at work that is going on? I’ve decided to let go of the stress that I’m allowing to take over my normal workday.

There are still things that are going on and decisions waiting to be made but clearly *I* have no influence over those things. So it’s time to let go.

By letting go that means I’m going to be more focusing on my work, my team and my goals. Let’s let the chips land where they may, whenever they are going to land.

With that, let’s move on to some cooler stuff!

It’s DECEMBER!!! WHAT THE ACTUAL BLEEP???? How did this happen??? I wasn’t quite ready for this month yet!

The last few months have been a whirlwind. It pretty much started with my birthday, my trip to Cornwall, my trip to Baltimore, a concert (hey I’m old, this is a big deal now), volunteering at the Amsterdam Marathon, and a quick trip to Brussels. There was also a weekend away in the Veluwe, some massive stress at work, and a 15K that I’d been looking forward to since the first time I did it in 2010!

I haven’t touched on the Marathon volunteering yet – Hubs and I actually signed up for this some months ago, just to see what it was like to be on the other side. I was a part of the starting corral team, in charge of the last corral. We had to try and get people to their correct starting areas but it was amazing how many questions we got as well, including “have you got any safety pins?” “which bus goes downtown?” “where do I leave my stuff?” “have you seen my uncle? we can’t reach him on the phone.” (really) Oh and we were on the Half-Marathon bit of the Marathon. My friend and colleague P was running and I saw another colleague as well as an Expat I know in Amsterdam. Pretty amazing to run into people you know where there are 40,000 participants in total!

We had to hang out for quite some time after the race started and afterwards I was certainly lucky that I have been doing a lot of strength training at the gym – our next task was to break down all the barriers at the start and finish areas of the race, including the entire section around the Olympic stadium. Oh my arms!!! P waited for us to finish up and then we went to celebrate with her by having a few beers and some grub that you don’t generally eat when being quite particular on a certain diet *winks* Conclusion on volunteering: It’s ok. Not sure I would do it again. Depends on the task. 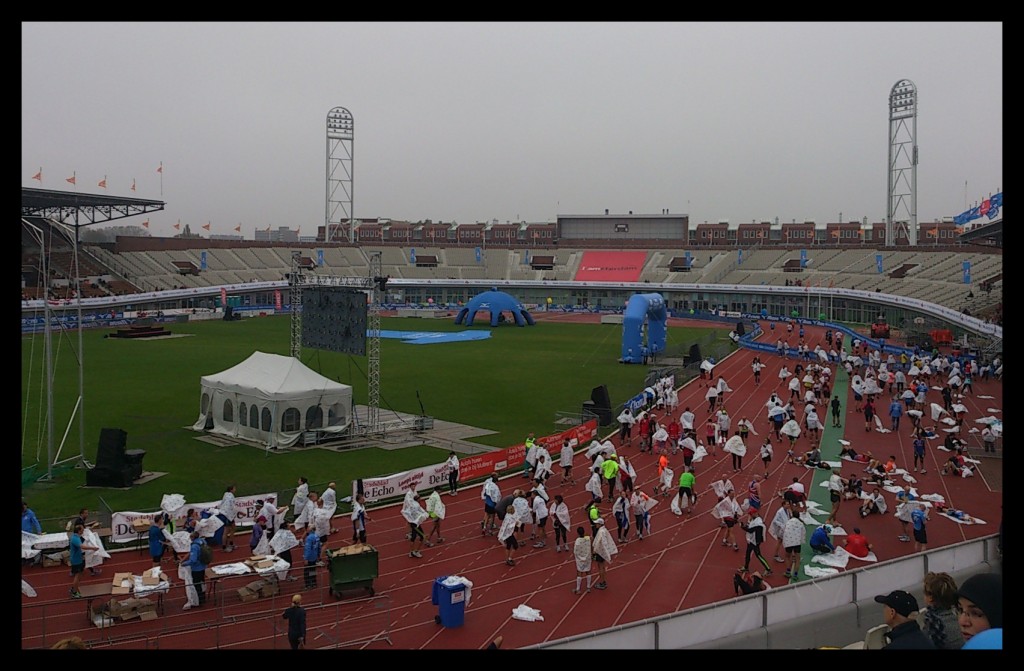 watching the runners coming into the Olympic Stadium in Amsterdam was inspiring and awesome!! 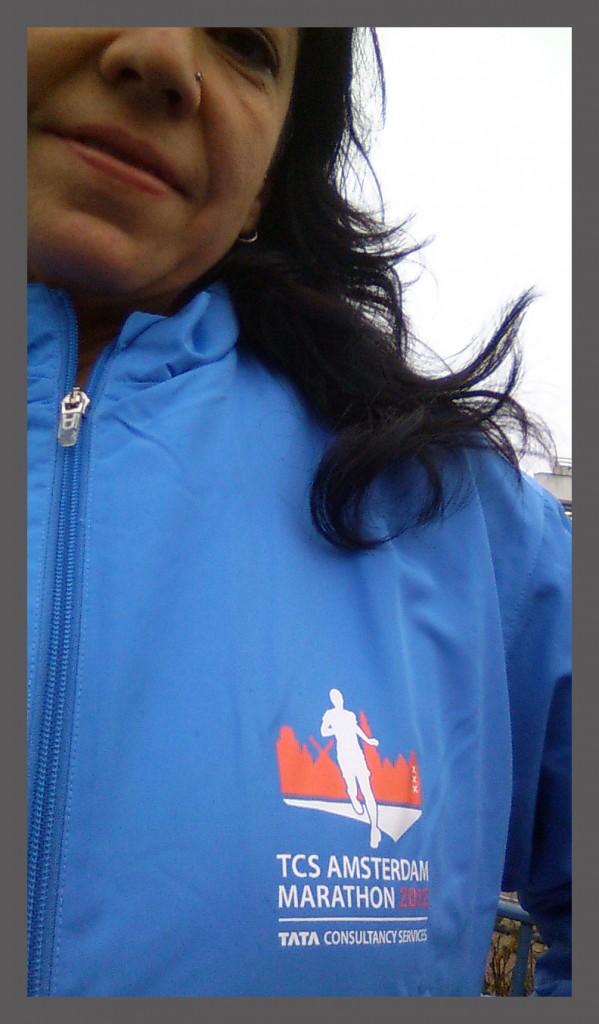 hey, you get a free jacket and tee shirt out of the deal, why not volunteer? 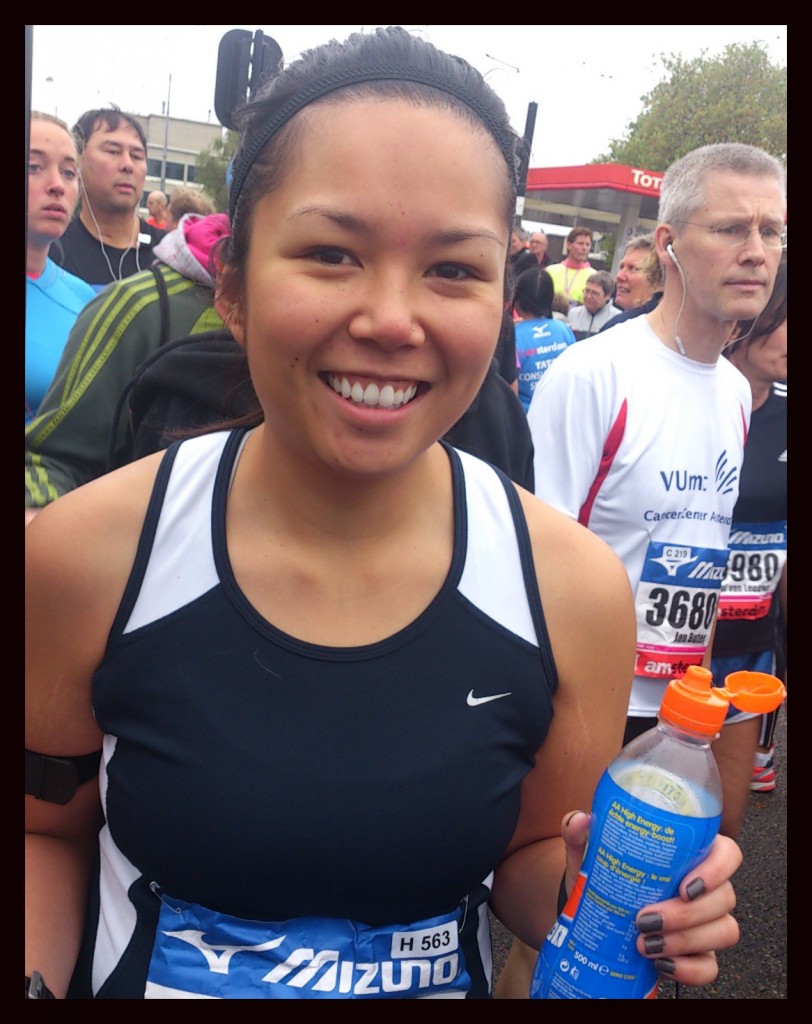 PP ready to kick some HM a$$

I also made a very quick trip down to Brussels; my friend Dave had exactly 48 hours on this side of the world and his main purpose (besides getting to hang with two gorgeous ladies) was to visit the Hard Rock Cafe in Brussels. You see, Dave has a thing for HRC. And I can’t say I blame him because I do love to go to HRC much much more now that I’m out of the US than when I was living in the US. This is probably because it does remind me a bit of home but also I’m a sucker for music and nostalgia. Dave’s been to like 1 billion HRC’s in the world and I’m sure he’s not done yet. I missed Dave the last time he was in Amsterdam (I was in Milan) so I had to go, there was no way I was going to miss him again! 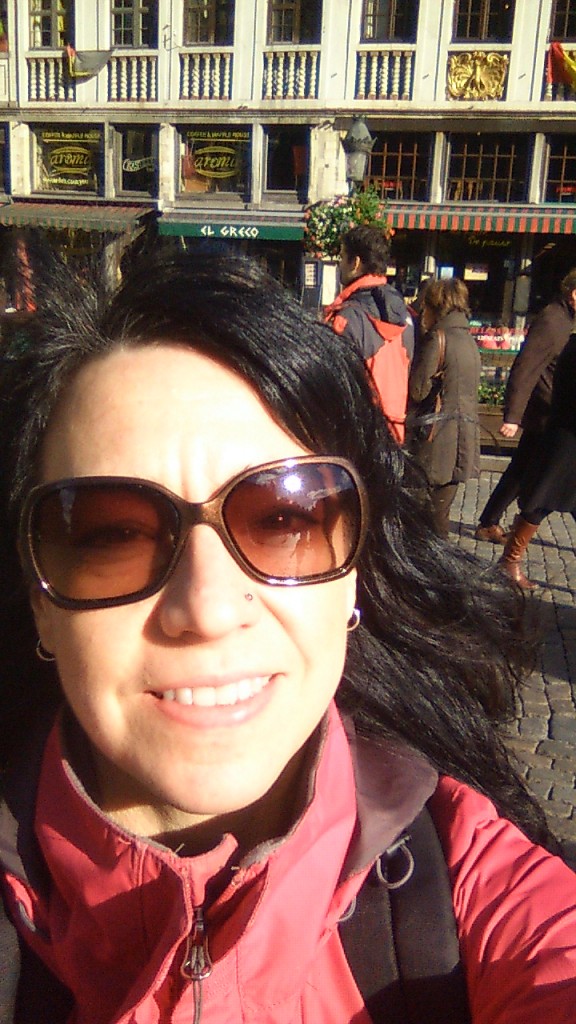 it was a cold but absolutely stunning fall day in Brussels! 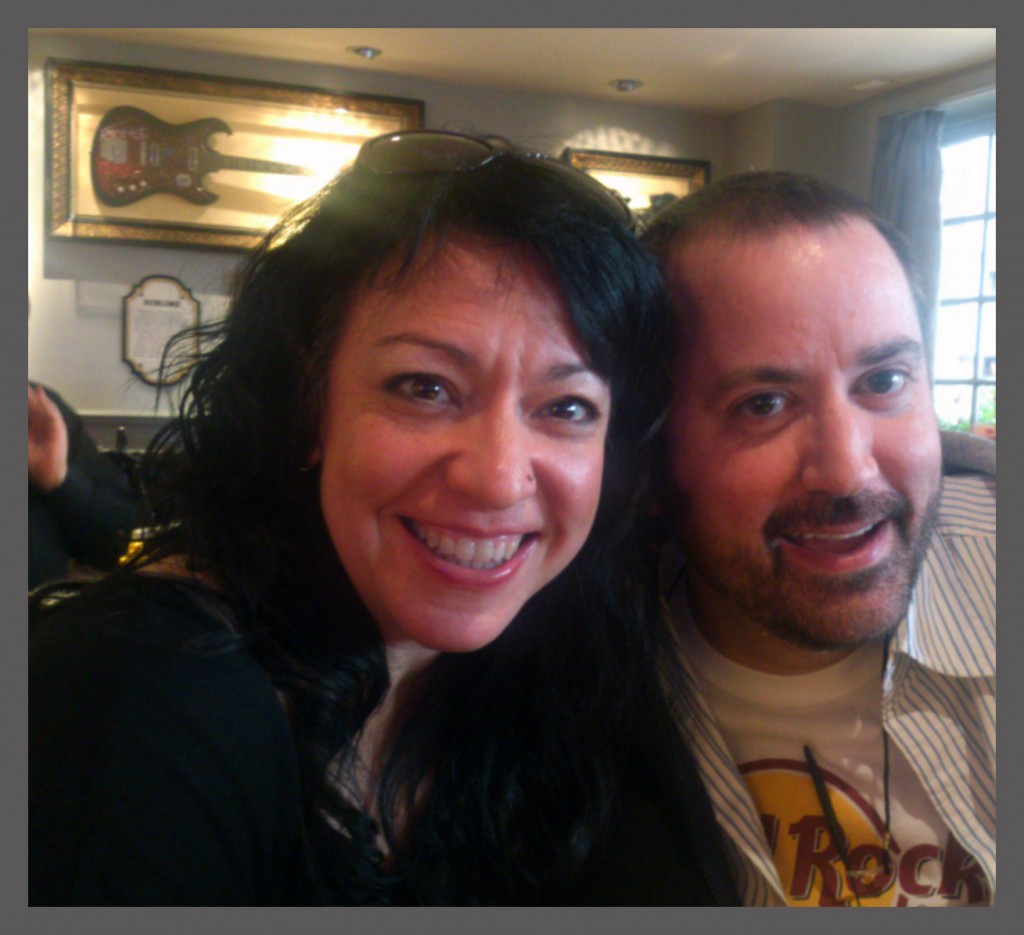 pinky and dave together again! 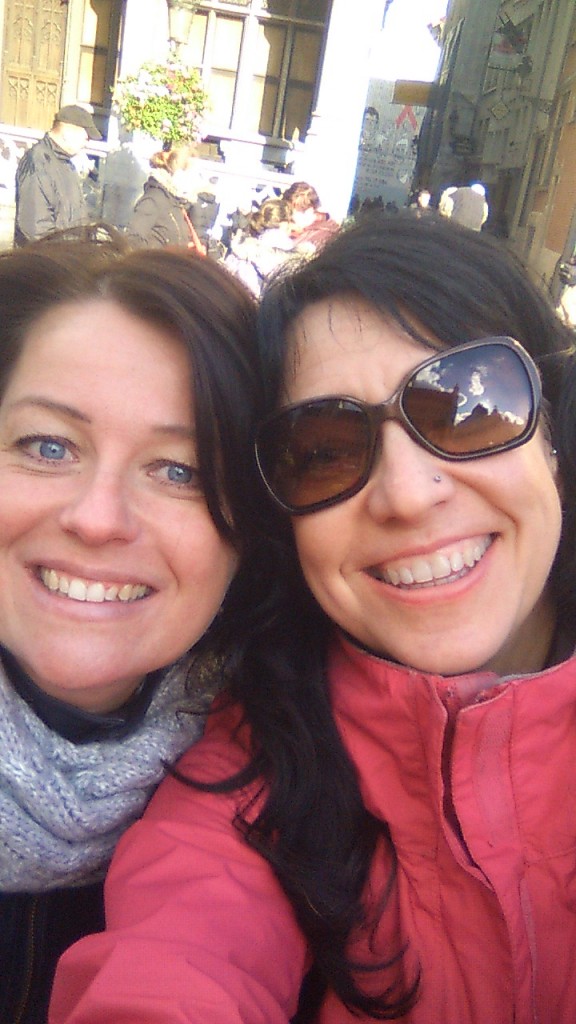 one of my favouritest people in the world – Y! aka the DutchBitch 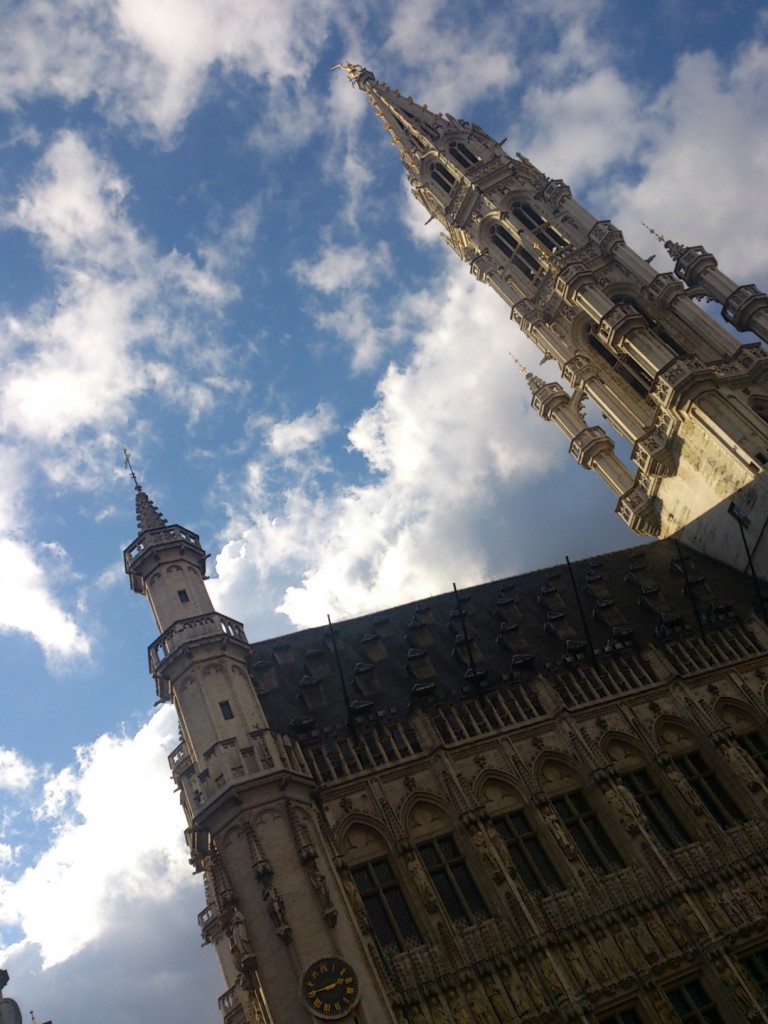 look at that glorious sky!

Next post I will share some good stuff that happened in November – my little weekend away with the hubs just 25 KM from home and my 15K that I ran with my running hero M (he took the place of Hubs, since hubs wasn’t able to participate).

I still have quite some things to update, but let’s leave it at this and hopefully I’ll be back in the swing of blogging again!

Have you had a crazy period recently behind you? How did you cope? What do you have going on this month, besides the holidays?