What I’ve Gotten Out of Joining a Running Club

While I know there are tons of articles out there about the benefits of joining a running group or club I just wanted to share with you my own personal experience.

One thing I wanted for a really long time was to join a group so that I wasn’t constantly running alone. While I love my alone time most of the time, it’s also sometimes really hard to be motivated to go out and do it, especially if you are training for something (yes, I know it’s a personal choice to train to do races, etc.; that doesn’t mean it’s easy all the time). I joined a group via Facebook that my friend Joanna belongs to here but I was always either intimidated at their running level or I just couldn’t make the runs in Amsterdam (I planned on going after work one night and my fear pretty much kept me from going the first time).

So in January of this year, the Hubs mentioned to me that he saw a group on facebook called SocialMile. I thought, “yes! that’s it!” A group that runs together and then hangs out socially after the run for a drink and a chat. A group whose policy is to stay together no matter the level. While I was nervous (because this was also a Dutch social group for me – another hurdle to get over), the Hubs and i went together to our first run on a cold, dark January Wednesday night.

Since then we’ve done countless runs with SocialMile, I can’t imagine not being part of this group!

Here’s my reasons why you should join a running group:

Meet people who share your running passion – not only will you meet people in your hometown who share your passion, it’s also a great place to make friends. It’s possible you don’t like everyone on the same level, but at some point you will meet someone that you feel you could really develop a friendship. Especially important if you don’t know a lot of people or don’t have a real social life (like me for example – my friends were my ex-colleagues, plus my bestie M here in Arnhem).

Have a regular running appointment every week in your diary that no one can touch – it’s so easy to skip out on a workout or a run because of other people or work things that come up. Joining a running club with scheduled runs means a real commitment to yourself and you are worth it! I haven’t missed many SM runs – only a few where I wasn’t feeling well or had a big race coming up or when I was on holiday. Many times I don’t even feel like it, but I go and I never regret that I did!

Support and Motivation – know how great it feels when other people recognise that it’s going better for you, or that you’ve lost weight, or just express how great it is that you are doing a Half Marathon (or that you had your best 5K or whatever!)? You get that a lot with a group and you are also able to give back. 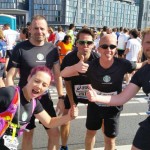 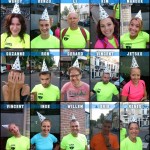 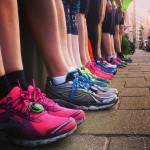 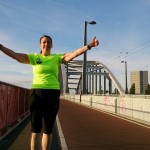 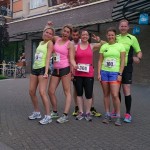 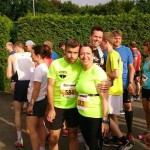 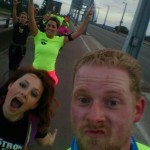 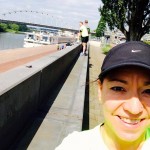 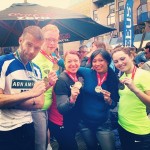 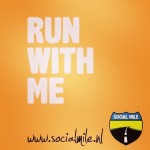 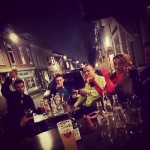 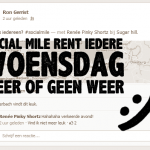 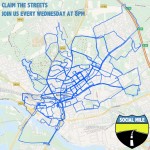 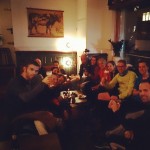 A little dose of healthy competition – as much as I hate to admit it, the need to NOT be the one at the back of the pack drives me to push a bit harder. I am still often in the back but not so much anymore.

High chance of improvement – Improving your fitness level, your speed… basically you are improving because you are running at least that one time every week and you are driven to not be last.

Do fun stuff with fun people outside of the regular running dates – I have done many races and random runs with my SM’ers, and we share opportunities with each other if we are able. For example, my Starbucks team had extra entries for the Dam to Damloop, so I was able to offer them to my SM’ers. A group of us are all going to Paris in April next year as well for the Paris Marathon. The fun stuff just keeps on manifesting itself!

Access to Information by being a member of an athletic union – get discounts on races and running gear at local sports shops. If you are injured or just want to know your fitness level, often members of the running club know about how to get sports and fitness tests, refer sports doctors, sports masseurs, trainers and the like. A wealth of information and references is basically at your disposal.

For me personally, it’s helped me on a social and language level and I’m super happy and grateful to be a part of the group. If you are thinking “should I?” or wondering if you would be good enough, just stop right now and check out your local area running clubs. There’s no reason you shouldn’t at least try. If it’s not for you or not the right group you can find another group. Most people I’ve heard from have had only positive experiences. What have you got to lose?