The last 10+ days have been full of big and little things. I believe we should celebrate as much as possible to keep things in perspective. This is a particularly hard lesson for me when it comes to work, but I don’t want to digress right away into that subject, so…

First of all, I decided to have TWO WINNERS for my giveaway! YAY! Elizabeth and Denise will soon be sporting new RoadID’s and keeping safe on the road with their fitness journeys. Thanks to everyone for participating!

Last weekend I ran my fourth Zevenheuvelenloop again with the Meeùs Running Club – to “jog” your memory, last year I won an entry in the Tilburg 10 Miles with Meeùs including EUR 100 gift certificate to Run2Day and was automatically a member of the running club with that entry. Since then I’ve run a few times with them and it’s so great! Safe place to put your stuff, normal toilets (no Dixis!), catering, beer, etc. And of course entry is always free with them! The Zevenheuvelenloop (7 Hills Run) takes place in Nijmegen which is very close to home. Several members of my local running club were also running, plus the Running Junkies (Amsterdam based group). Joanna was there, as well as Babette whom I haven’t seen since LAST YEAR’S 7HL when she was pregnant with her baby boy (who is since born and pretty much the most adorable baby ever). Was great to see J & B especially since it had been a while and luckily we were all running for Meeùs so we could hang out a bit before and after. Since Babette wasn’t pregnant this year we decided to go for 1:35 to have a slight and nice improvement for me and a kickass improvment for B. Though it was chilly and rainy (not as cold as last year in any case) we basically went for it! Babette and I ran pretty much the whole way together which was very helpful for me when my legs felt super heavy at 12KM until we literally ran into Joanna at 14KM. I was glad B gave it her best sprint at the end and didn’t wait for me – I was literally 20 seconds behind her at a finish of 1:34:34. Once again, ladies and gents, a Personal Record (how many is that this year???). 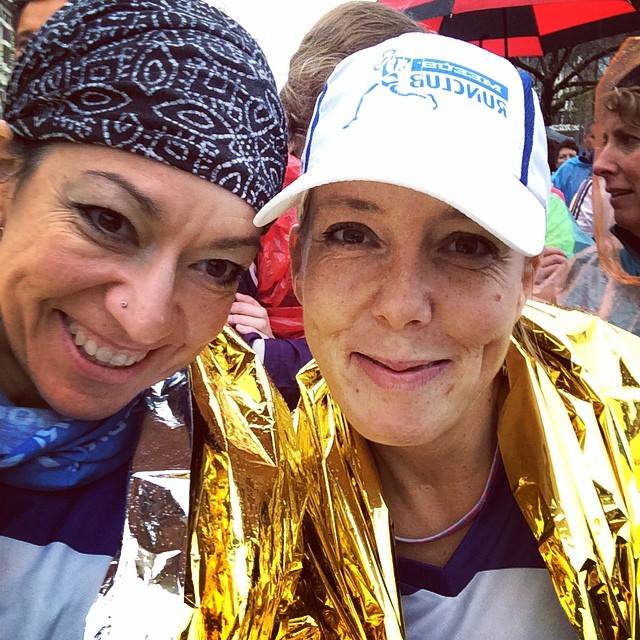 Babette and I keeping warm before the start

L – Babette, me, Udjen, Eva, Joanna before the race
R – me, Joanna, Babette with our Blingy Bling

After the race, the very cold 3 of us hobbled over to the Vereniging (where Meeùs was located) changed, ate, met up with Hubs,Udjen and Eva (Running Junkies) and then eventually headed to De Hemel (in town) to meet up with some SocialMilers. Great day indeed.

Still trying to get to the gym but work is fairly demanding at the moment – hoping this will change very soon – working on my new program which involves mostly body weight exercises, lunges, squats that sort of thing. Once Marathon training starts I’m going to have to be much more dilligent with getting my workouts in. Right now I’m not really training, so as long as I get there 2 times a week, it’s ok.

I went to the podiatrist as well this week – seems my orthotics aren’t 100% correct, or rather, they could be better. Also that horrible tingling in my left foot most likely isn’t going to go away because the chance that it’s a blocked nerve is really high and the only thing that helps with that is time. Boo! However, lately I’ve been laying flat in bed (so the millions of pillows have to go) or a little bit bent at the knees (laying on my side) and the tingling is less. As far as the pain and issues in both feet – also very likely that I have another neuroma (BOO!!!!) but orthotics could help but I may need to have an MRI later which could lead to (very worst case scenario) an operation (BOOOOO!!!!!). In my right foot it’s probably just painful from overcompensating and will also go away with time (definitely no stress fracture or something like that). 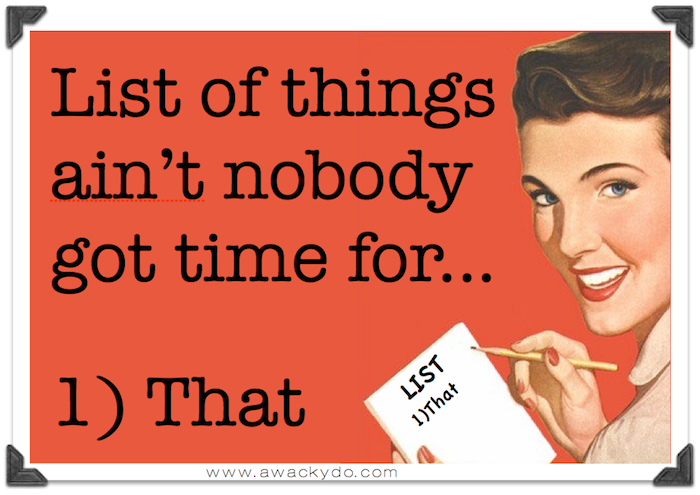 And last but not least, went to WW (skipped last week) and FINALLY the scale went down again. Loss is 1.5KG which is a total of 7.1KG since end of April. NOW WE ARE GETTING SOMEWHERE! According to WW scale I have 5KG to go to be back at goal weight. For the first time in 5 years I really feel like I might reach my goal early next year. Now to survive all of the treats and holidays that are ahead.

Speaking of which – what is your best tip for surviving the holidays without wrecking everything you’ve worked for???