A Week In Boston Part II

Now that you’ve gotten through Part I, let’s finish it off with Part II.

Even though Marathon Monday was so dreadful, we were still up and at ’em in the morning Tuesday, to be sure we were packed up and ready to go in the afternoon.  We arranged our bike tour to be changed from Sunday to Tuesday, so in order to be on time, we were out again at 8:30 in the morning.  And actually, it was ok.   Ron was feeling all right, perhaps a little sore from having such cold muscles during the entire marathon but, active recovery right?

The tour was from Urban AdvenTours and the weather was fairly ok, no rain but a little chilly and here and there sun.  I thought it would be a bit like all the other bike tours we’ve done, which are super easy going but this one was challenging! Lots of hills in Boston plus our guide was biking pretty fast!  Good for me since I got absolutely no running in while we were away!  Anyway it was quite informative and in total we biked 17KM (a tad over 10 miles) and spent around 3 hours doing so. 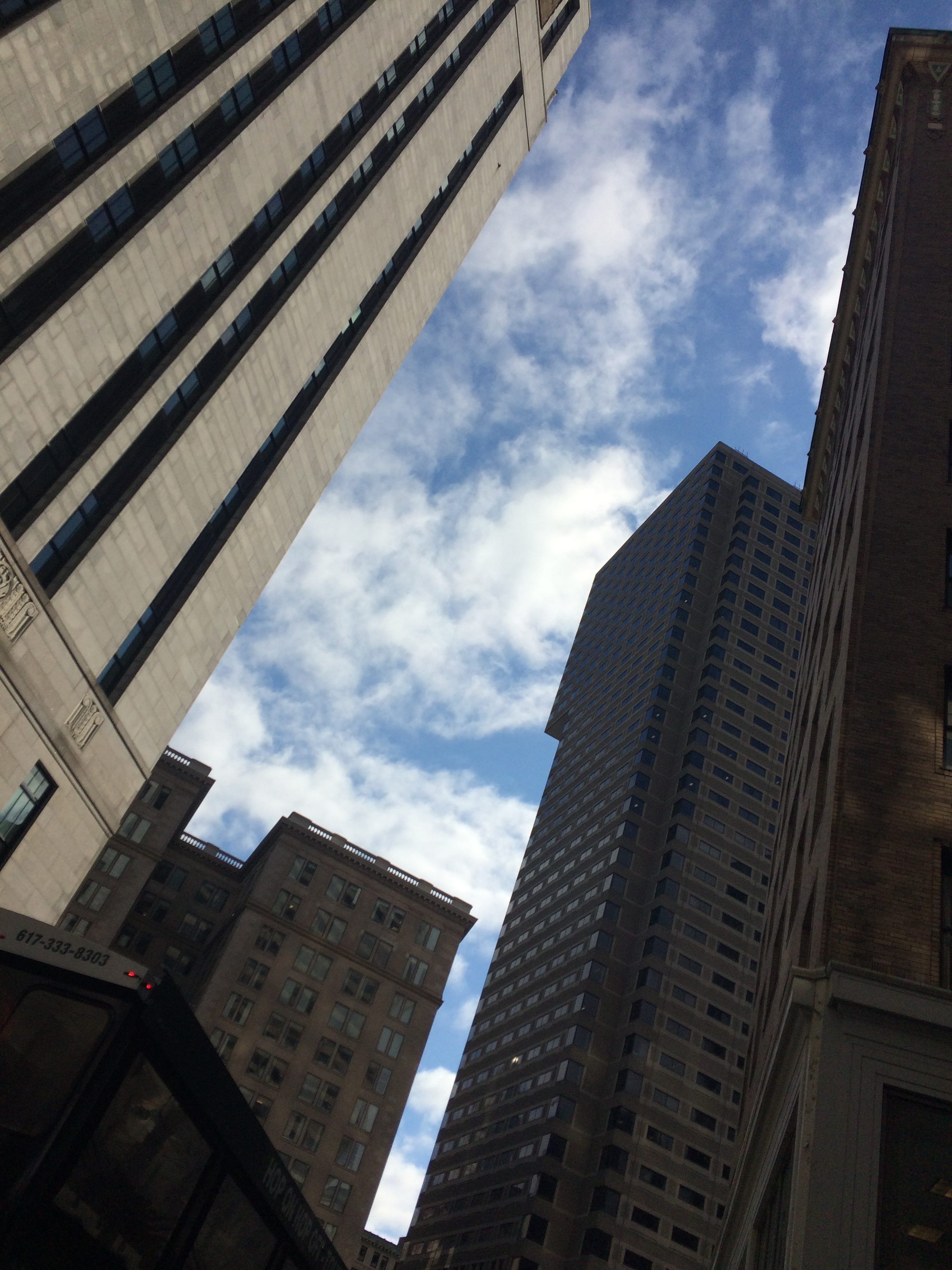 quite insulting, this blue sky, to all the runners yesterday 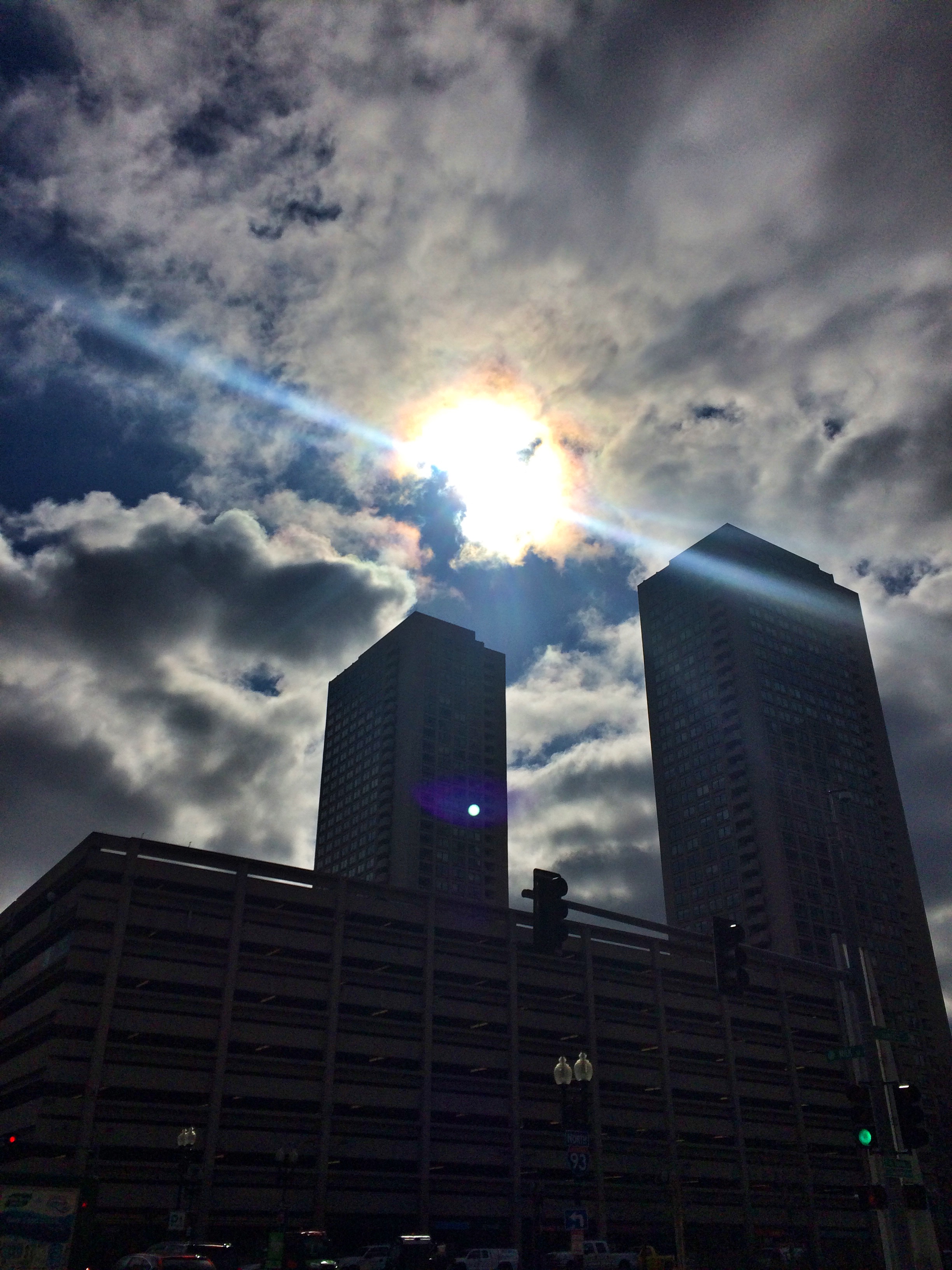 still a bit iffy with the weather 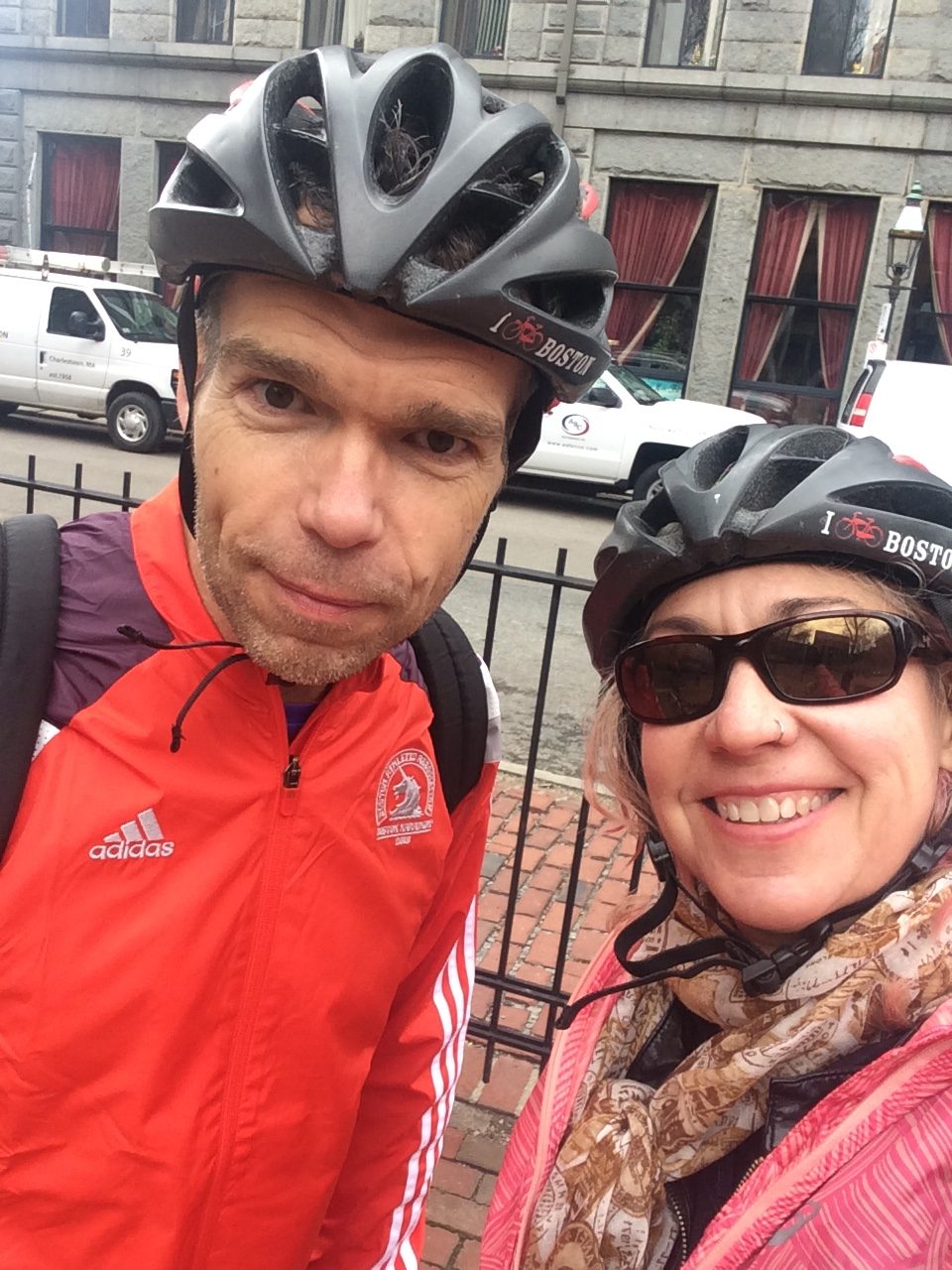 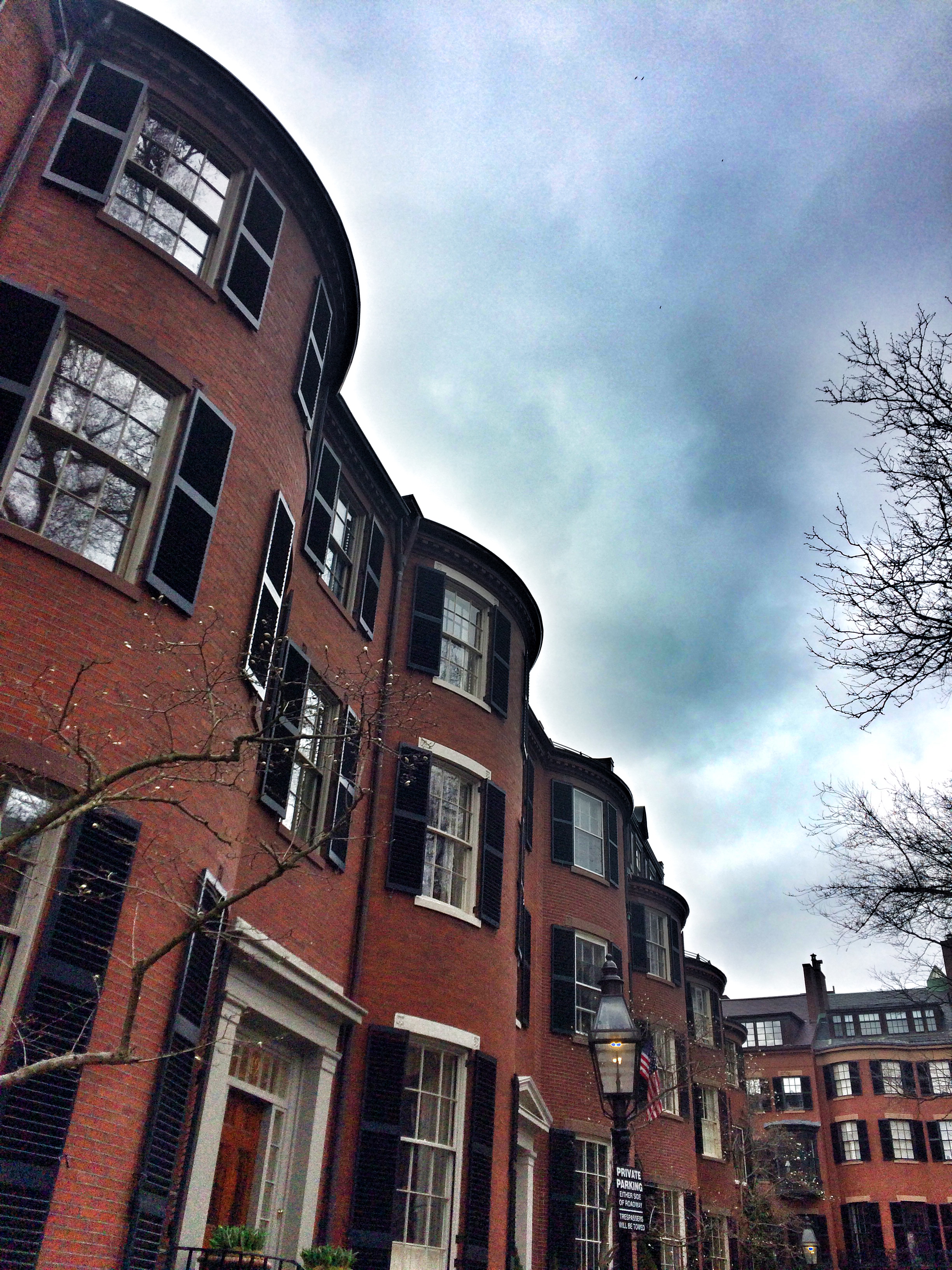 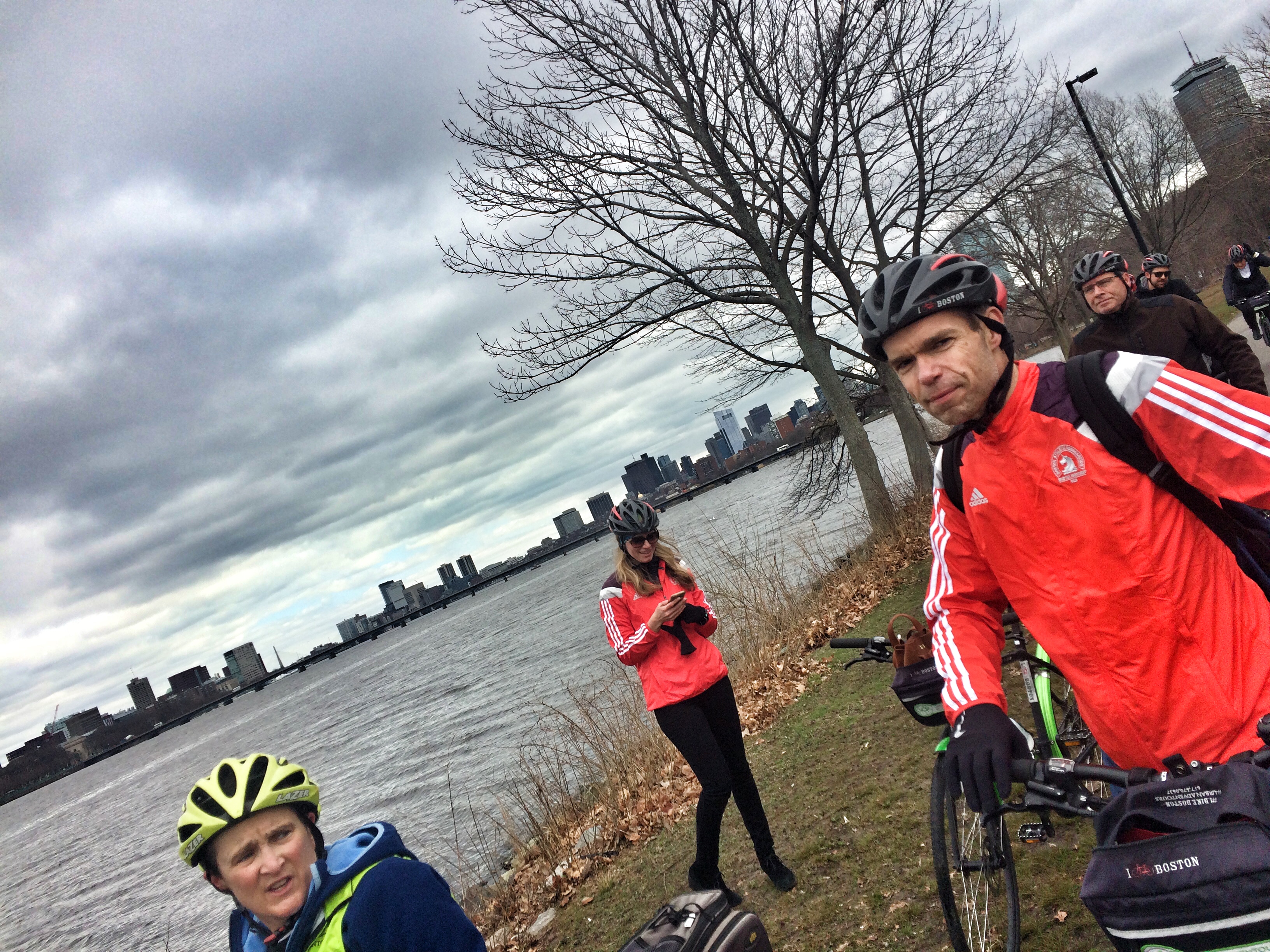 he wasn’t the only finisher either 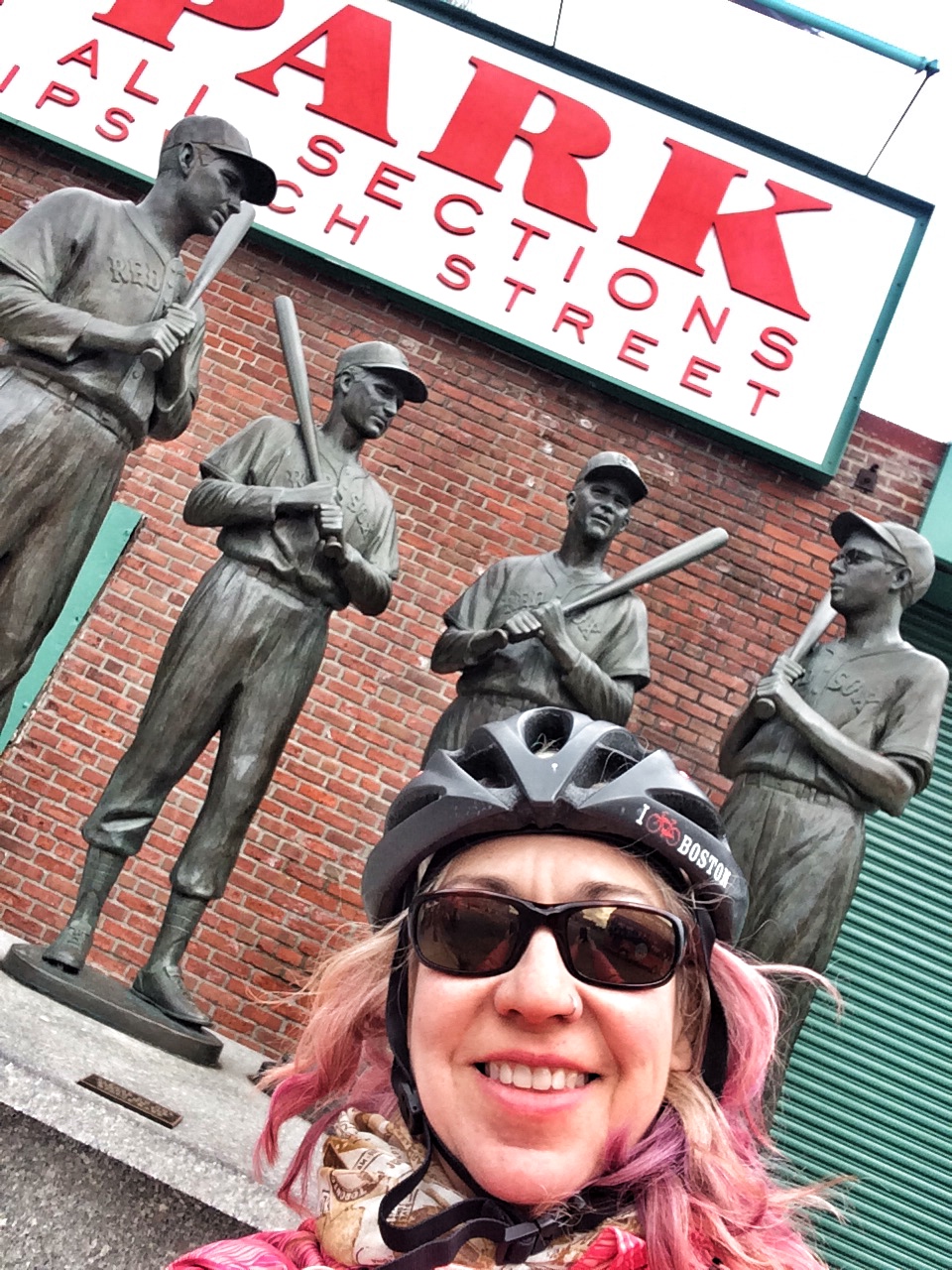 at the 2nd best baseball park in the US *wink*

After the tour we were pretty hungry so of course we hit up Hard Rock Cafe Boston and had our usual burger and beer(s).  I met a Six Star Finisher there as well – she was wearing her medal proudly!!!  While it is completely up to him, I do hope that Ron will pursue the Six Star, especially now that he has 3 of the 6 done and could quite “easily”  qualify for New York (not guaranteed entry of course). That would leave only London and Tokyo to figure out. 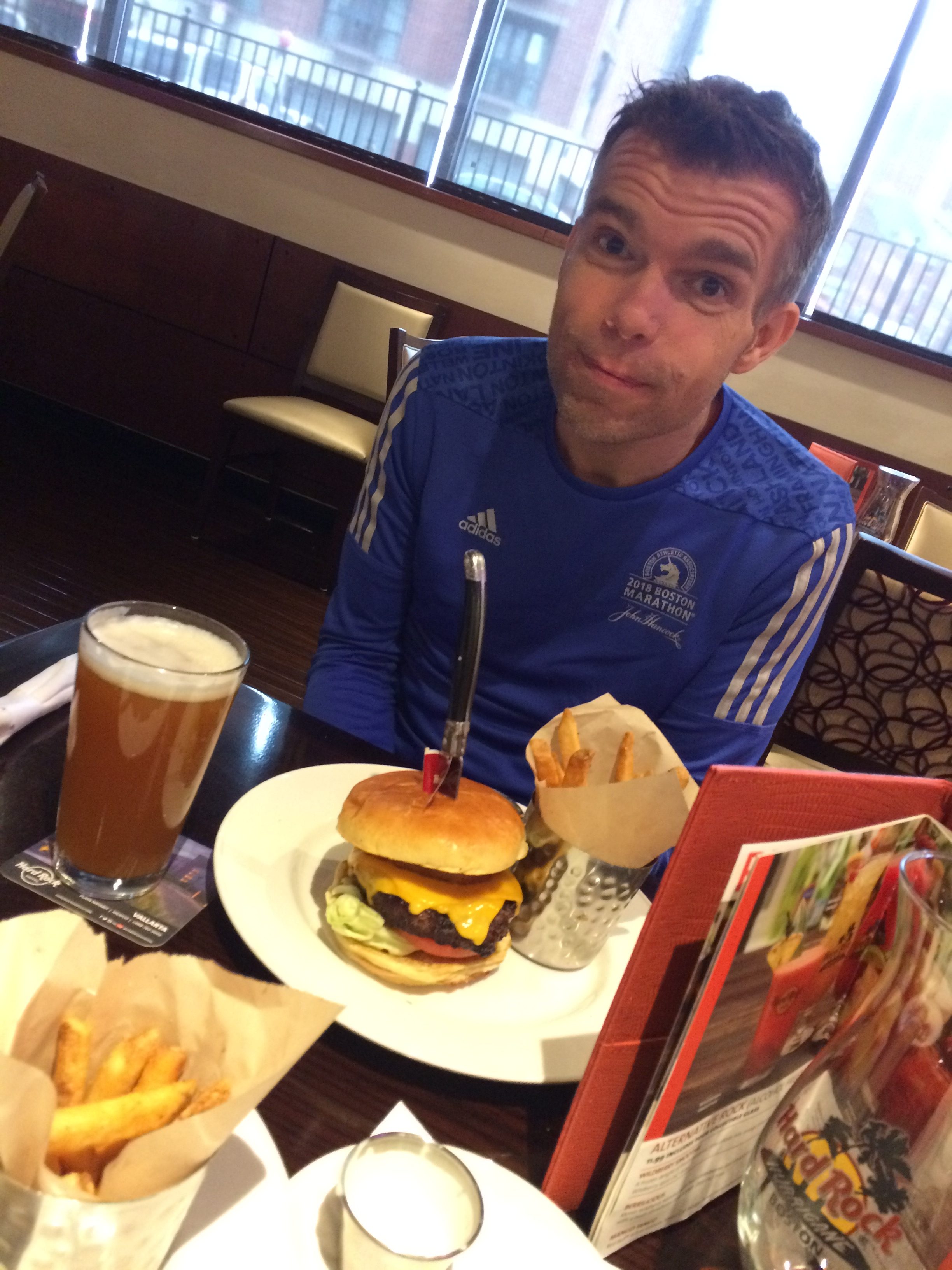 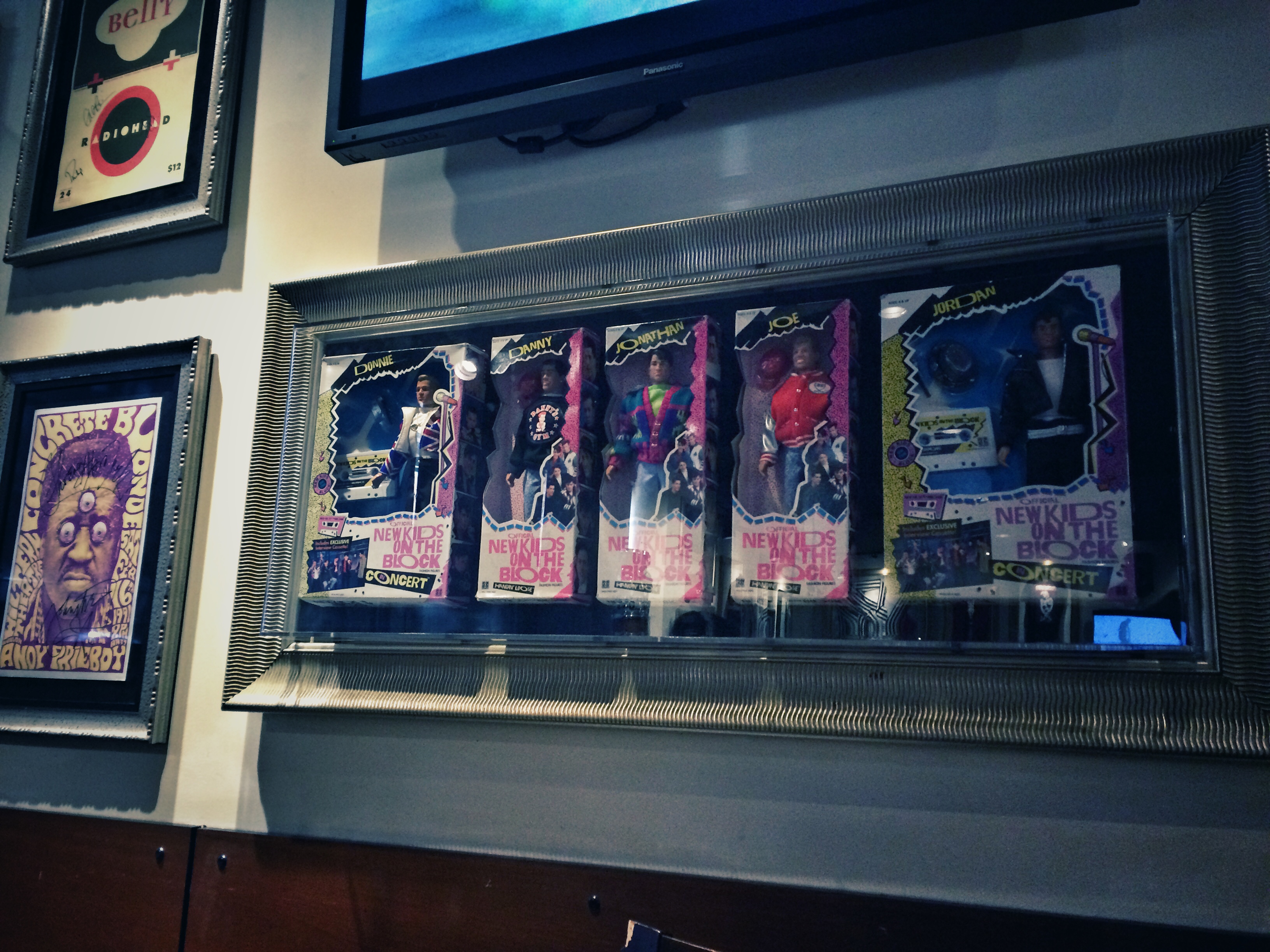 Um. Okay? NKOTB in Hard Rock? I know they are from Boston but…

After we were fully fueled back up, we went back to Cambridge to pick up our stuff.  We were off to Kingston!

One of my cousins lives in Kingston so our next move was to get our stuff and then uber back to South Station to catch the commuter train towards Plymouth.  Was fairly simple to get sorted with tickets and coffee before we got in the train.  Only thing is, it IS a commuter train and it was almost 5pm on a Tuesday so it was busy and we had our suitcases… kind of a pain (my goal earlier was to get on around 2pm to avoid this, but the change in plans with the bike tour basically took precedence).  After just over an hour we arrived and Naomi was there to pick us up.  SO good seeing her!  It’s been around 25 years!  Maybe even more!  She’s been in New England for a very long time and I’ve been in NL for almost 24 years so it makes sense that we haven’t seen each other.   She dropped us off at our next airbnb and we checked in and left our stuff and then we headed off to have some dinner.  Afterwards it was time to get some zzzzz’s because it really had been a long day.

On Wednesday, she picked us up in the morning and we went to her place to hang out for a bit and drink coffee.  Then we decided to head out to Plymouth.  Her lovely daughter also joined us.  Another gorgeous but tiny bit chilly day.   Walked around quite a bit, had some lunch and then went shopping. 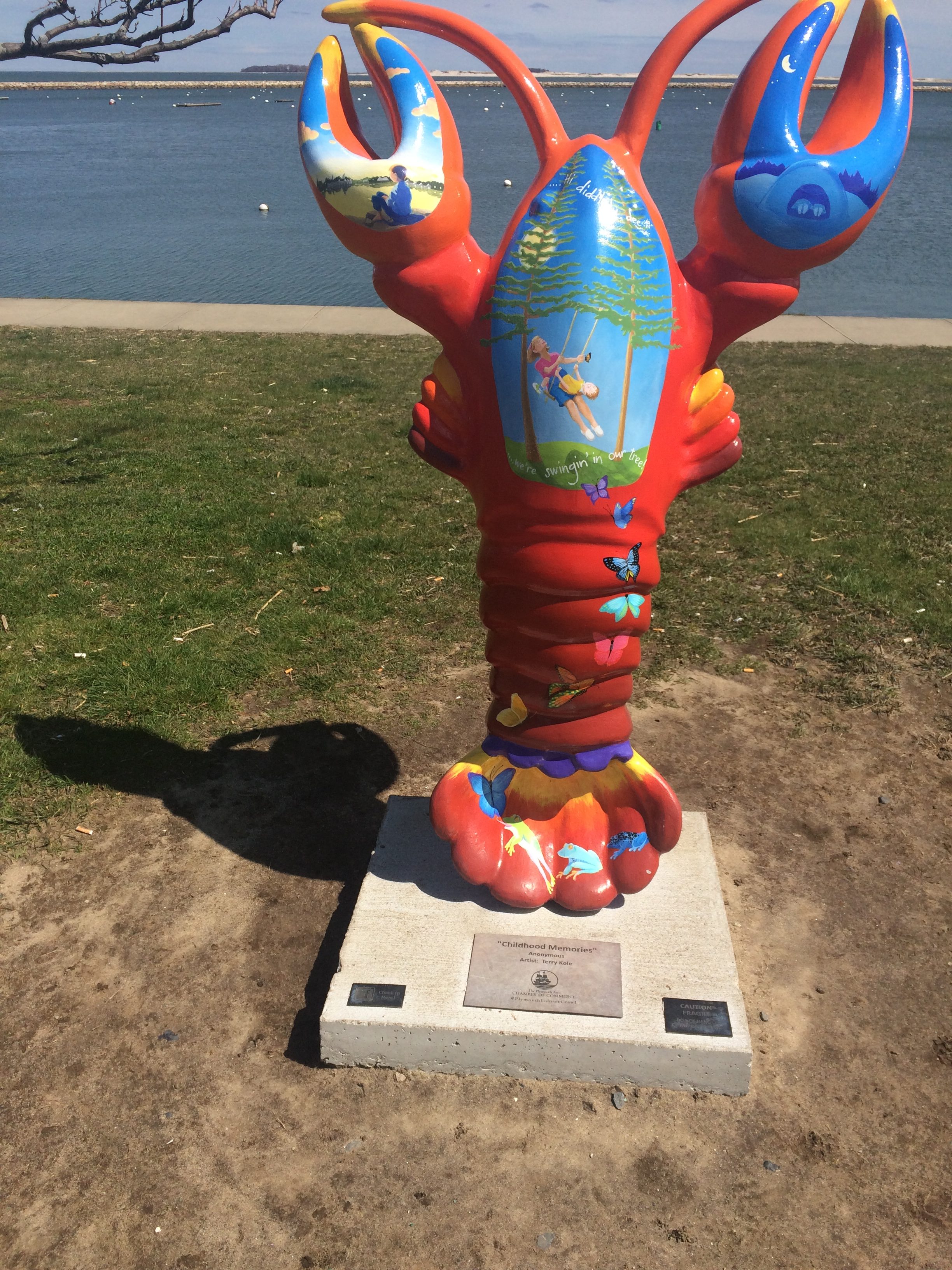 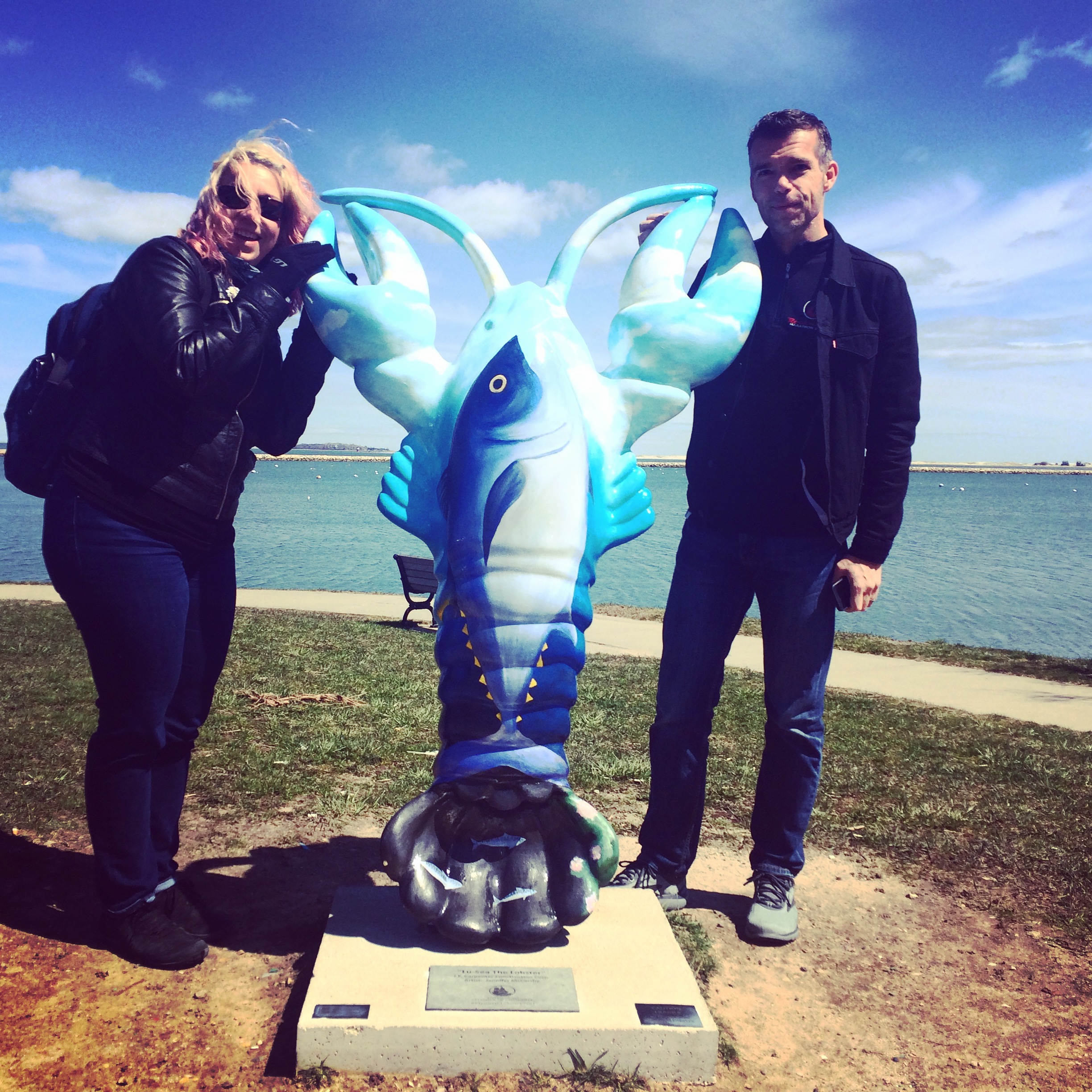 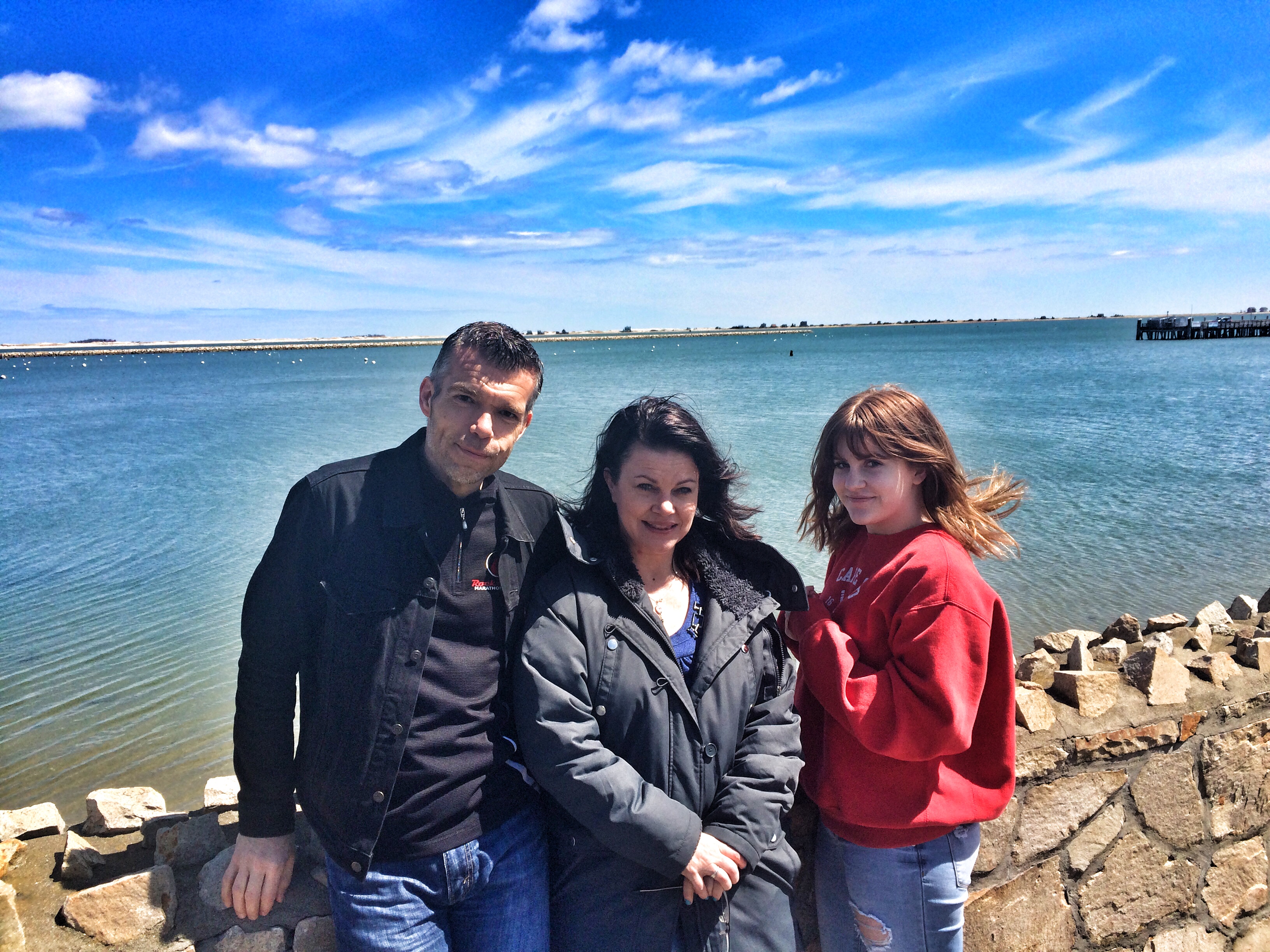 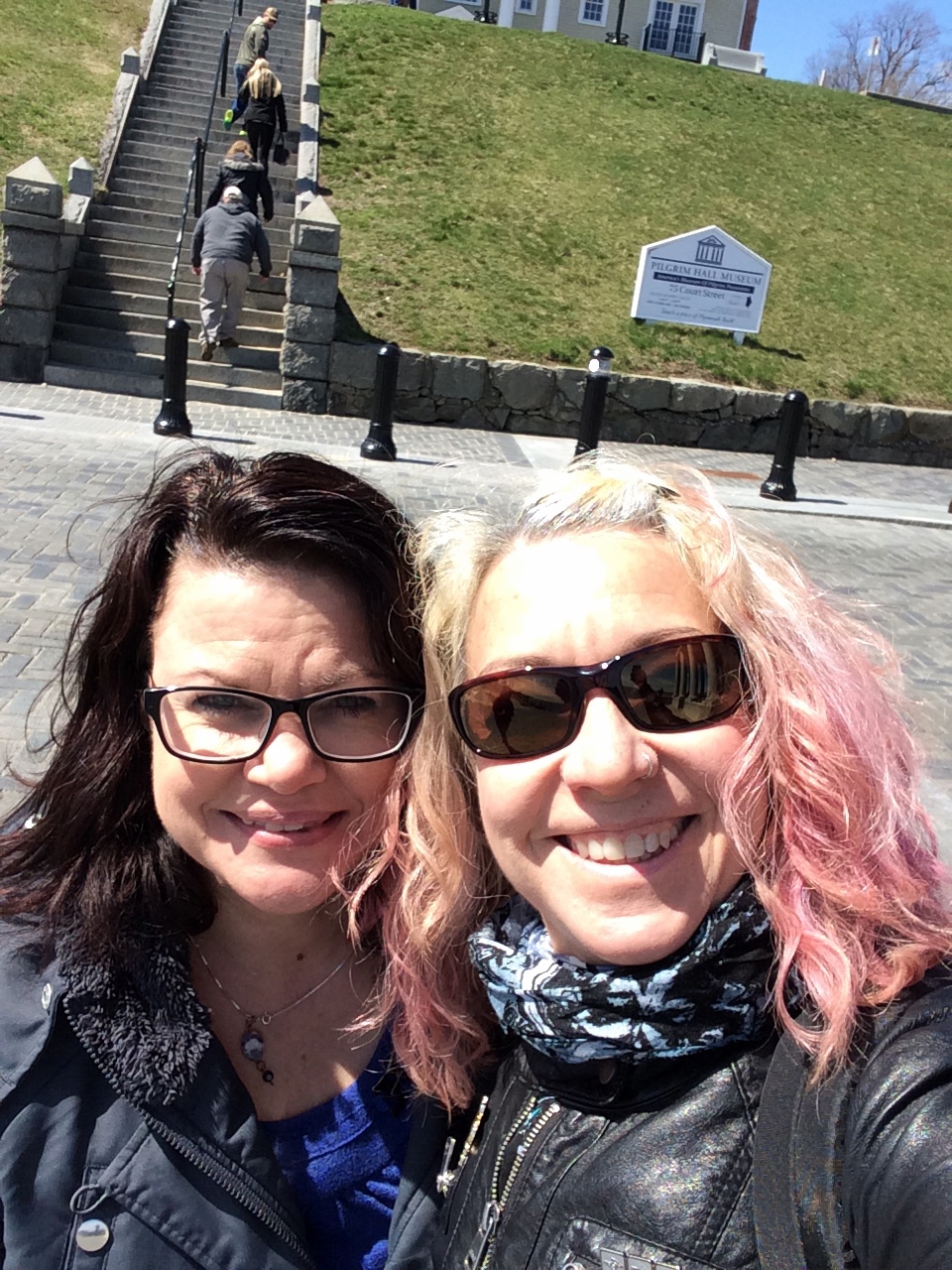 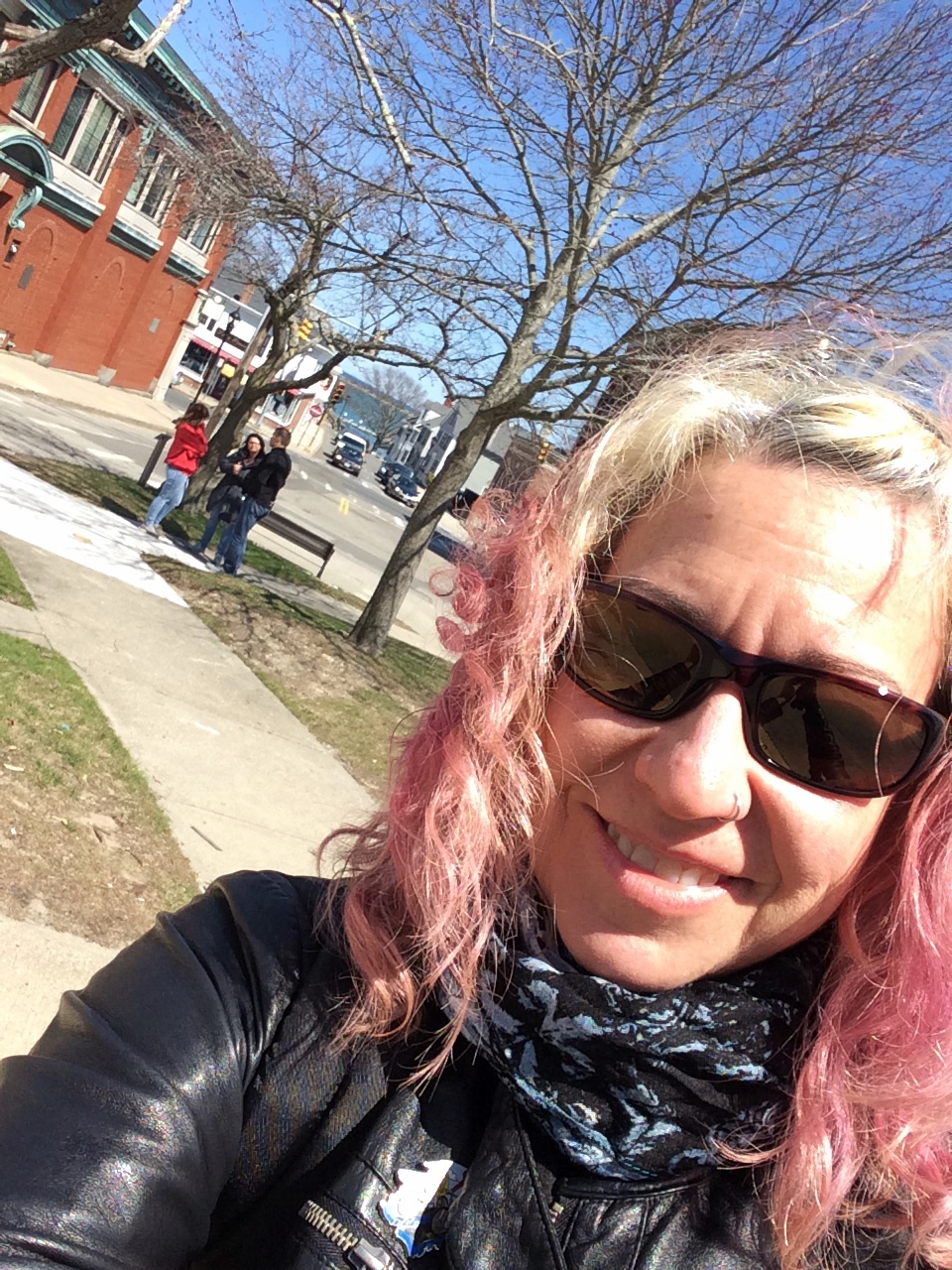 such a glorious day! 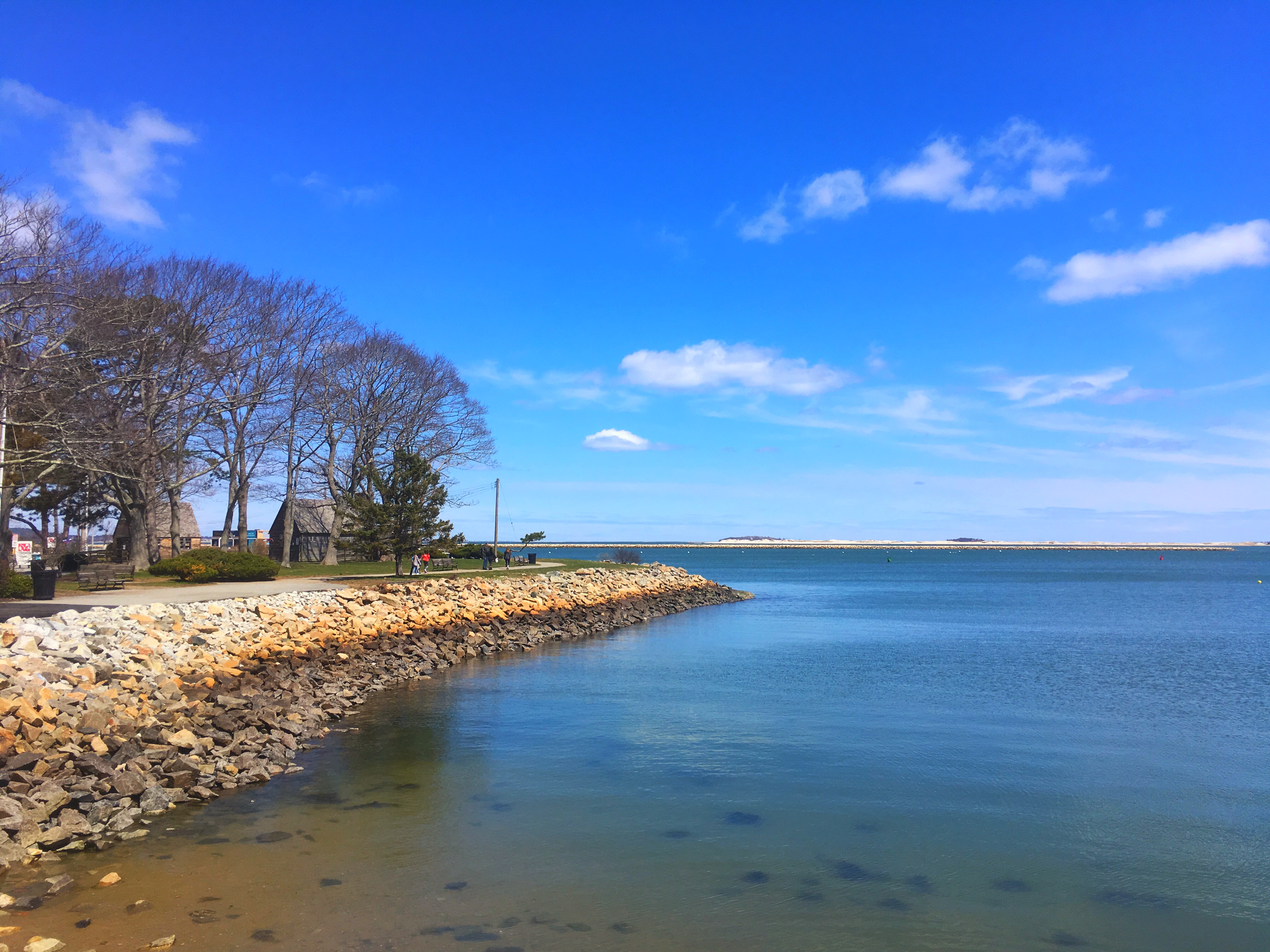 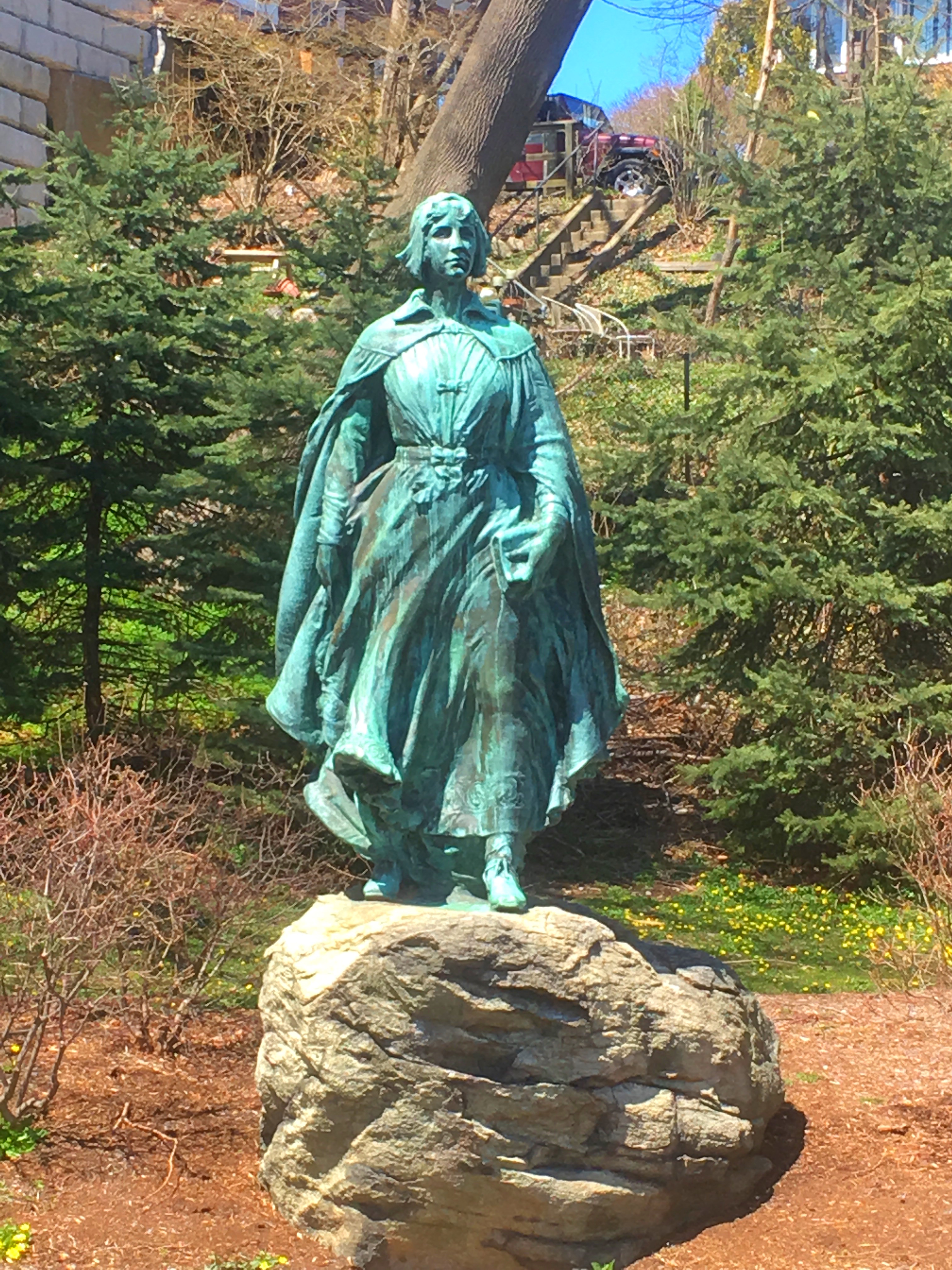 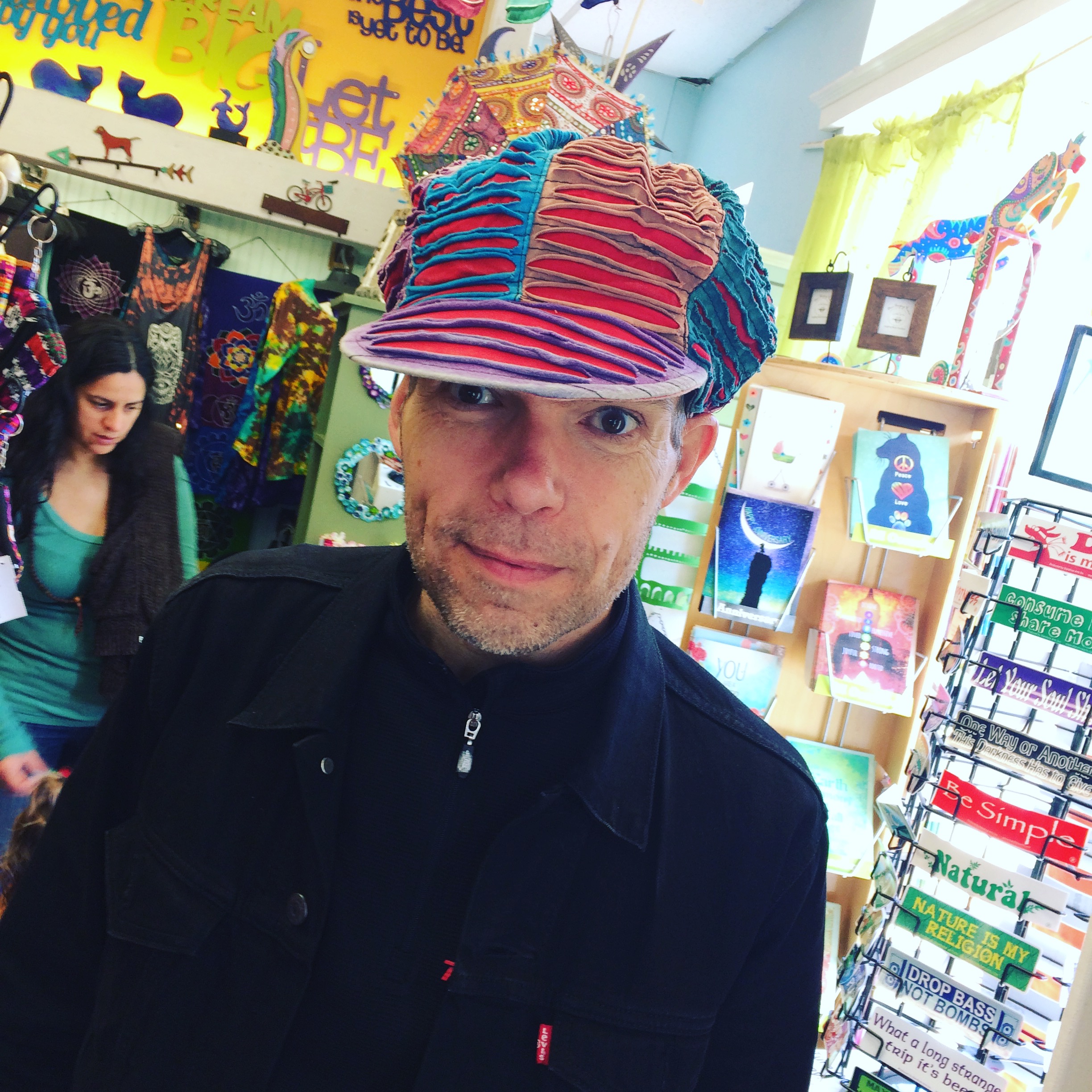 he would not take this d*mn hat off! 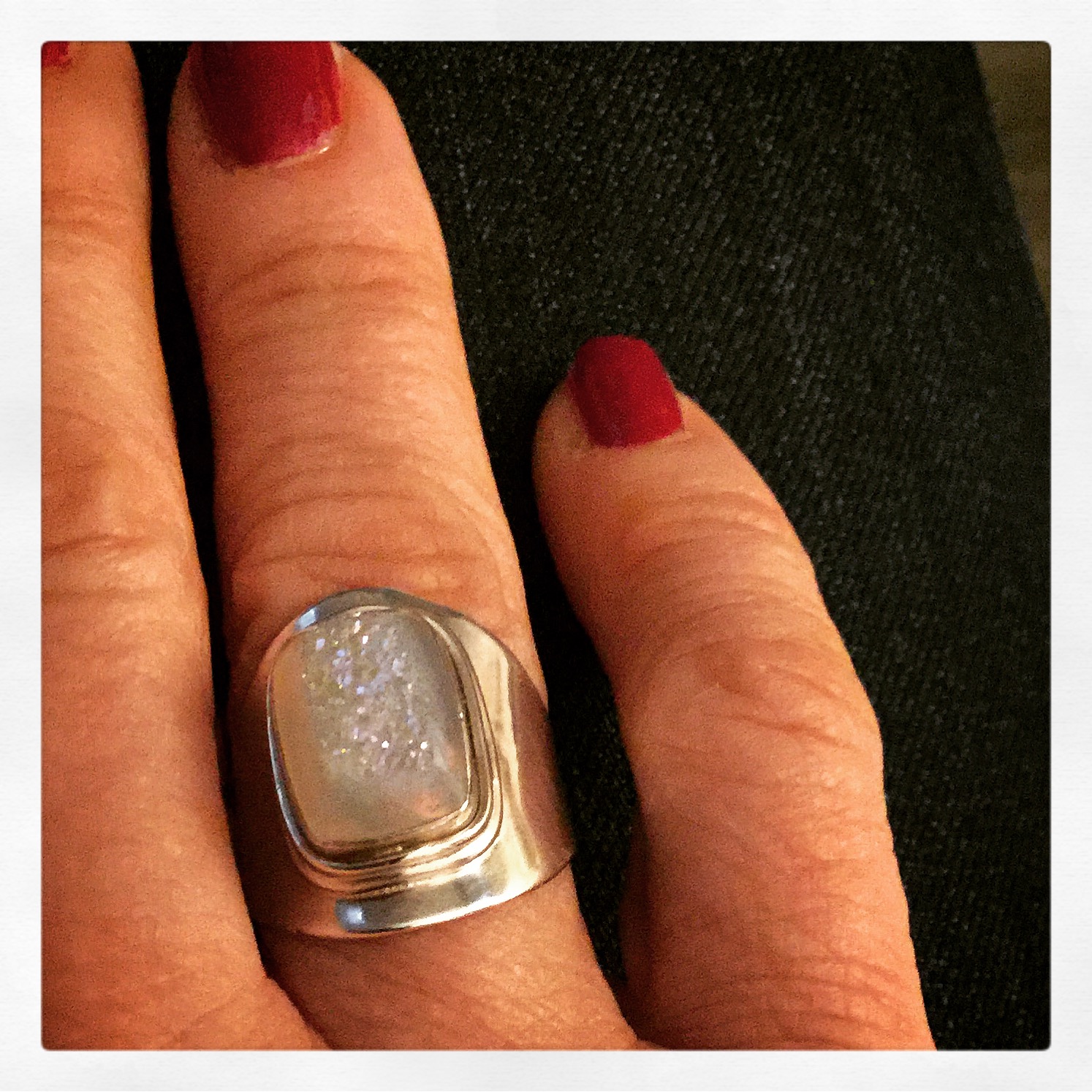 the druzy ring I bought

Even though we had lunch we of course had to stop for ice cream too!   And then we went back, Ron and I to the airbnb for a little rest, Maddy (Naomi’s daughter) had to go to work and we planned on hitting up the Mexican restaurant for dinner with Naomi’s good friend. 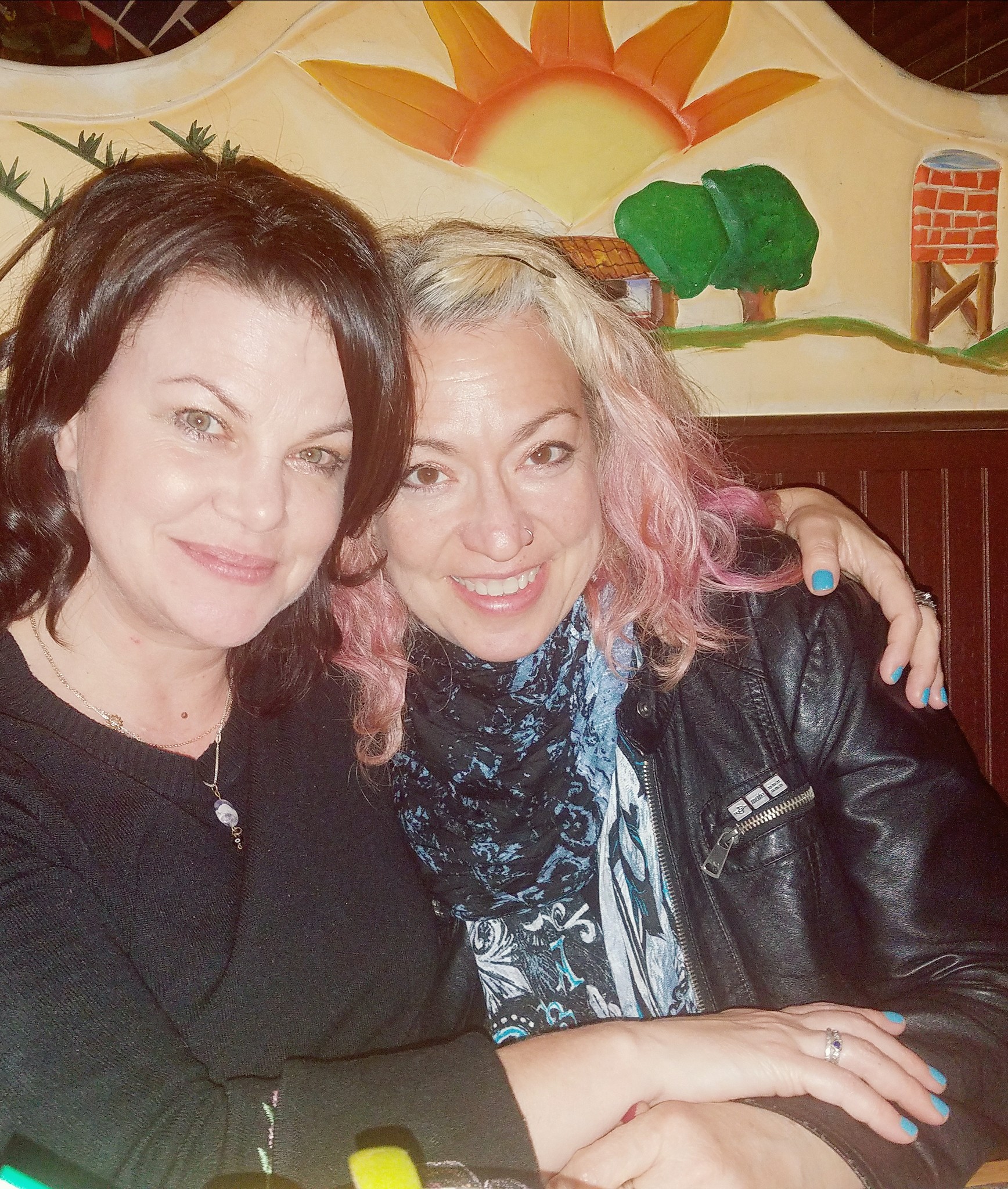 After a tasty dinner we then planned the next day, which would be breakfast out and a movie.  But actually we were supposed to be doing something else that Thursday…

Thursday morning we were up and Naomi picked us up again and I would finally get my breakfast!  One thing I really miss from the States is going out for pancakes and hash browns and waffles and basically #allthebreakfastthings.   So we went for the works and it was super, super tasty!  Usually  we like to hit up local shops but in this case we went to IHOP where we knew everyone would be able to get something they liked.

Afterwards we had some time to kill so we did a bit of shopping and then finally it was time to go to the movie.  We went to Ready Player One and I have to say I’m not very with it on films so I knew NOTHING about it, but I absolutely LOVED it!  It was amazing!

When we got out of the cinema the weather had cleared up (it was super grey and rainy which is why we chose to go to the movies) so Naomi drove us a bit around the area and then stopped off at Duxbury Beach.  It was so beautiful! 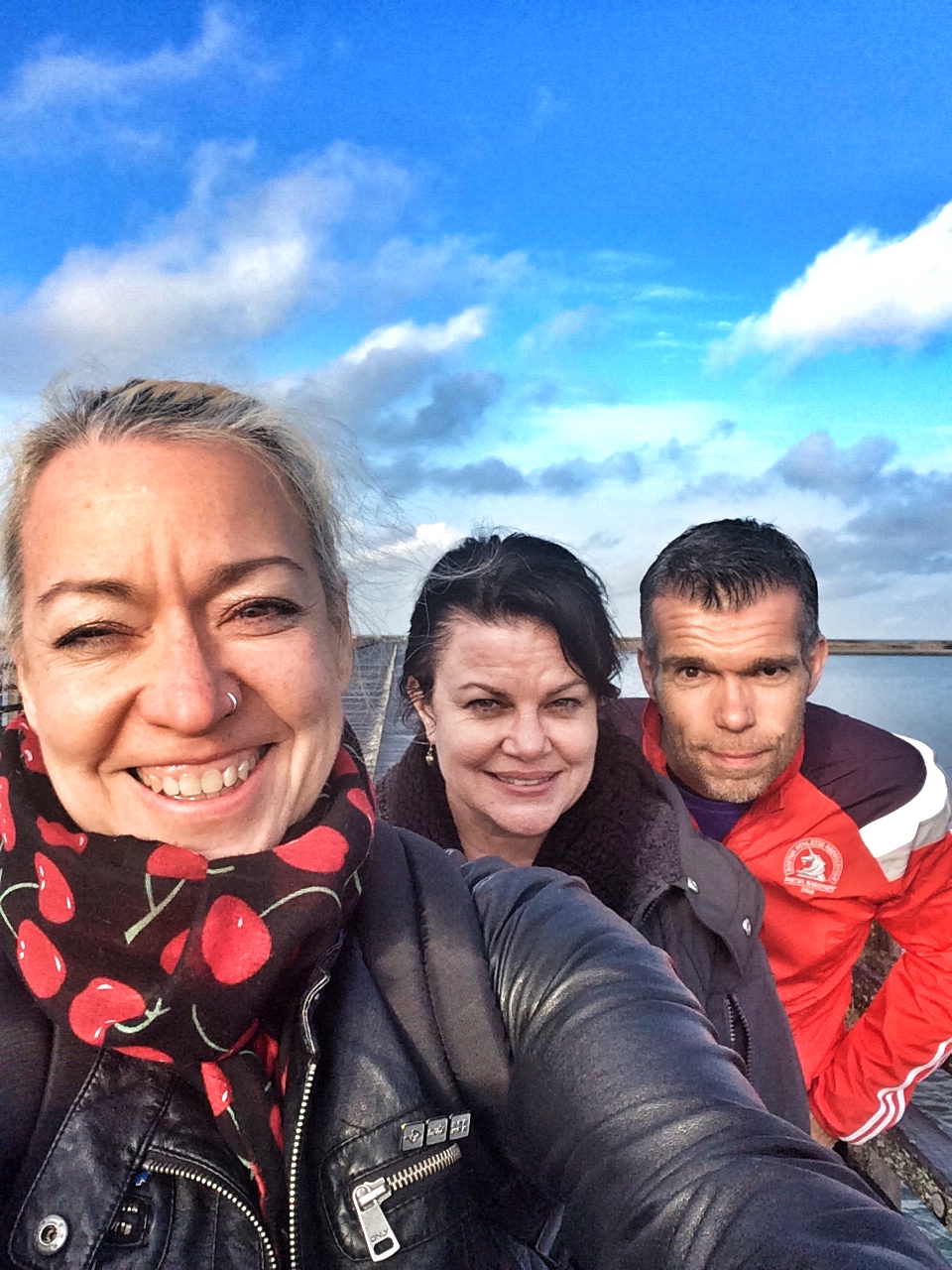 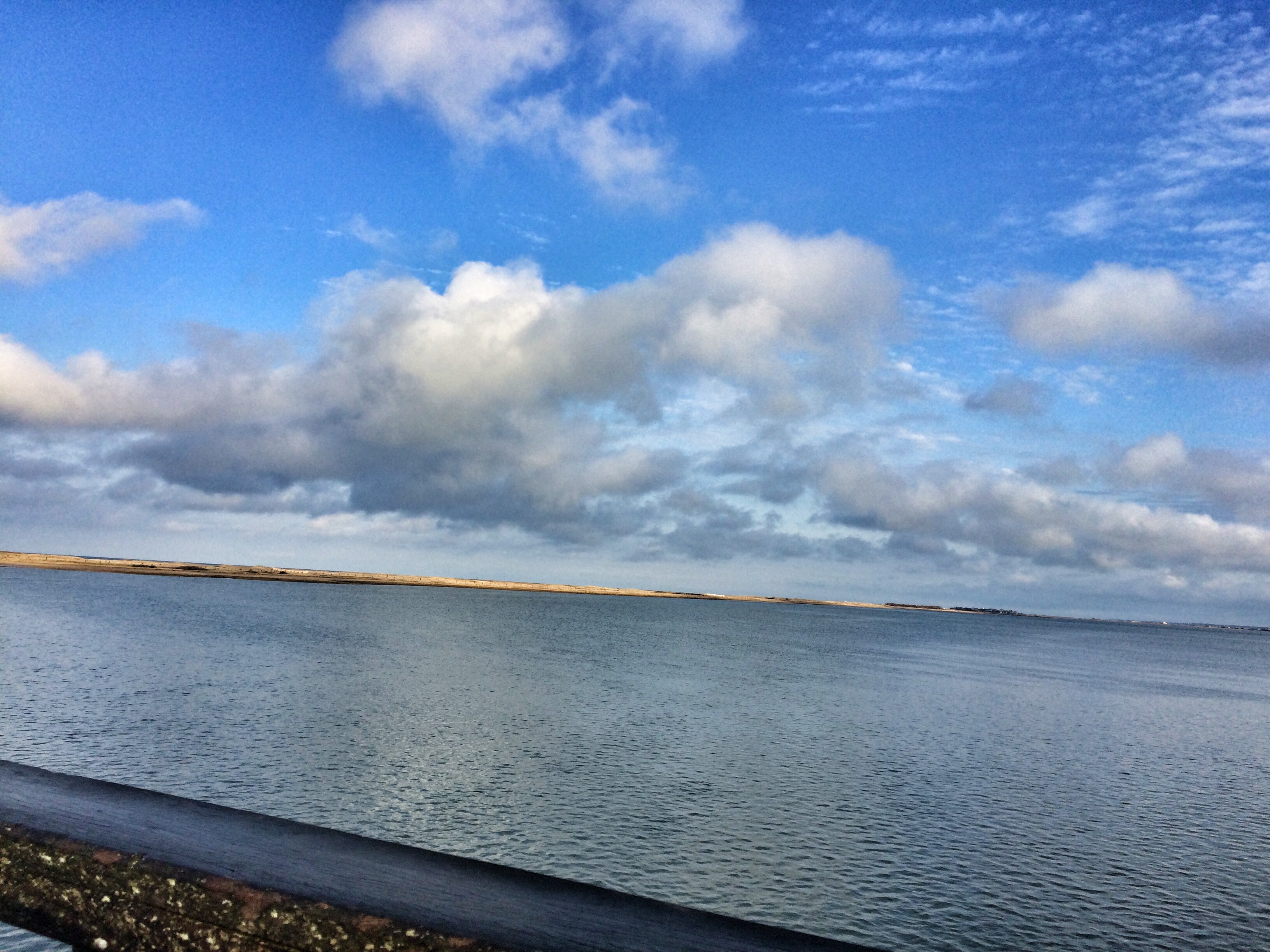 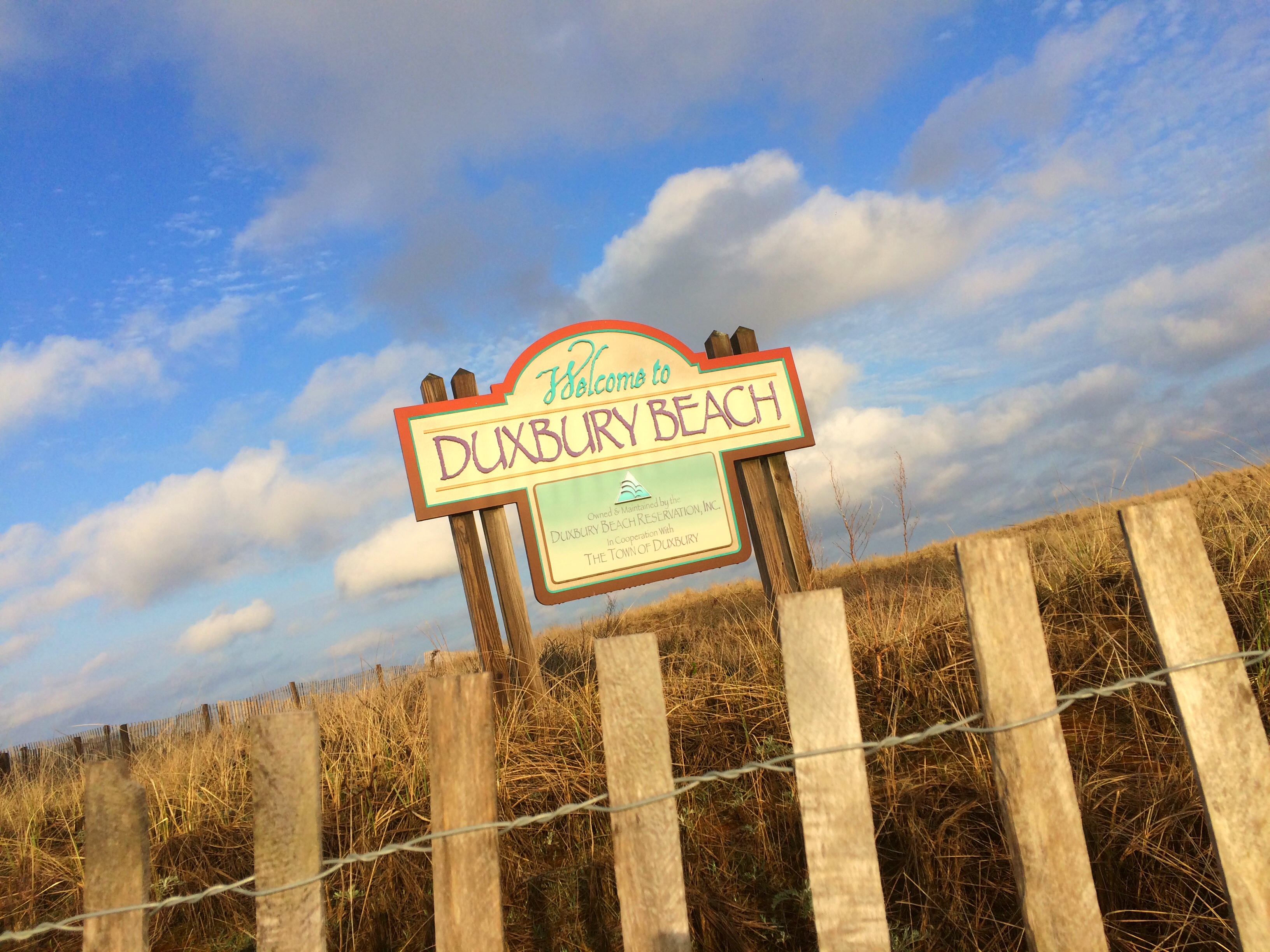 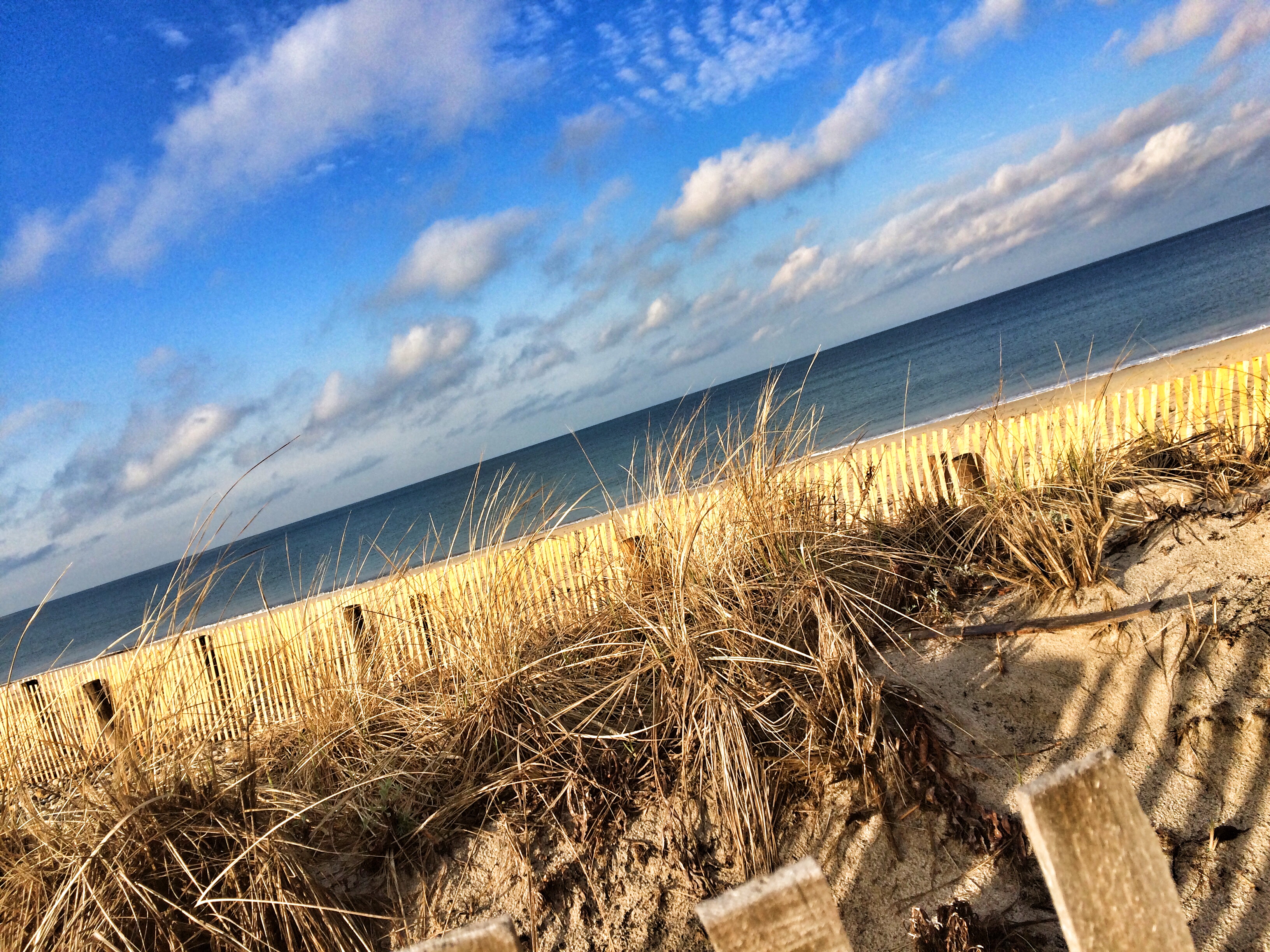 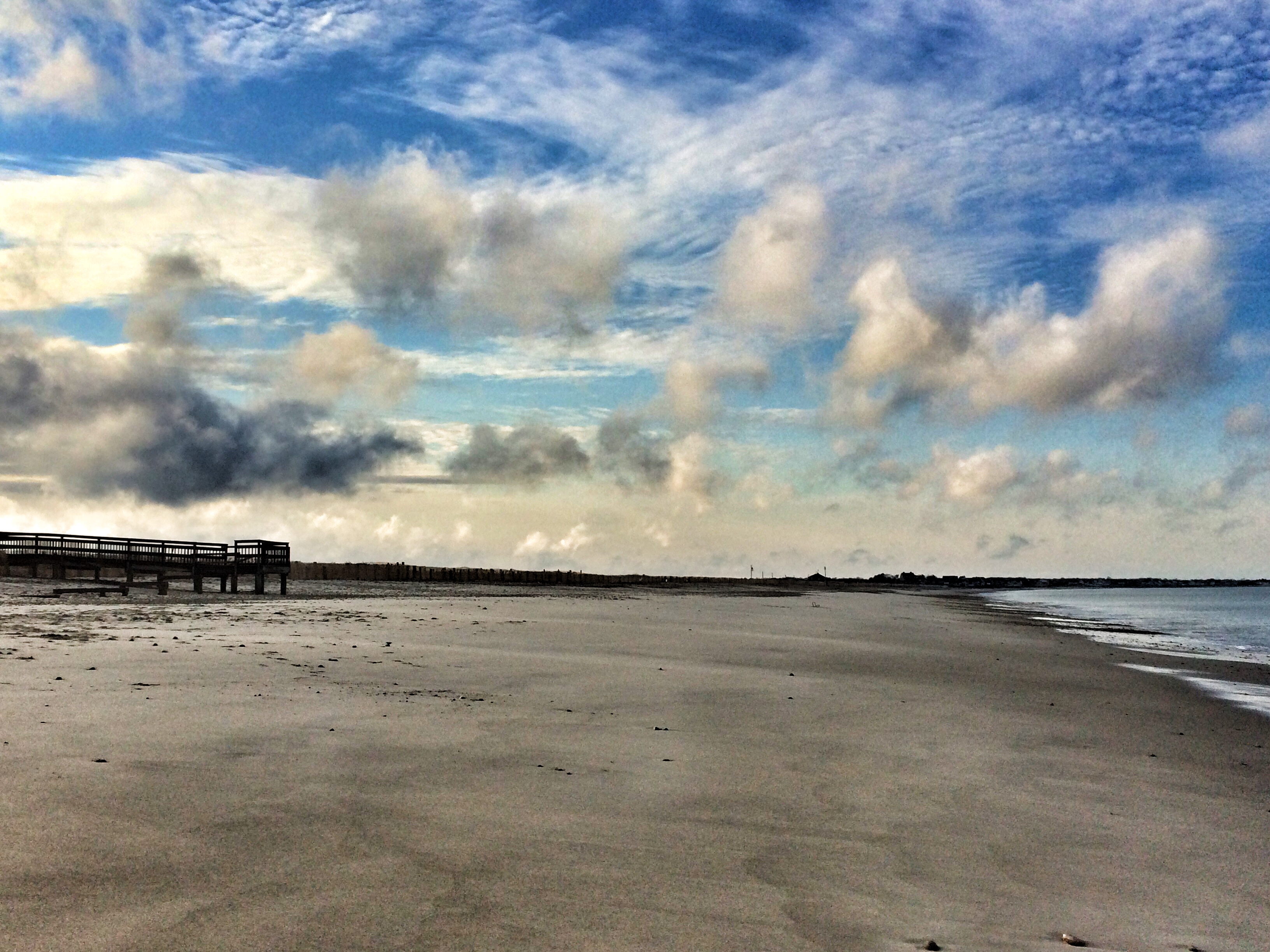 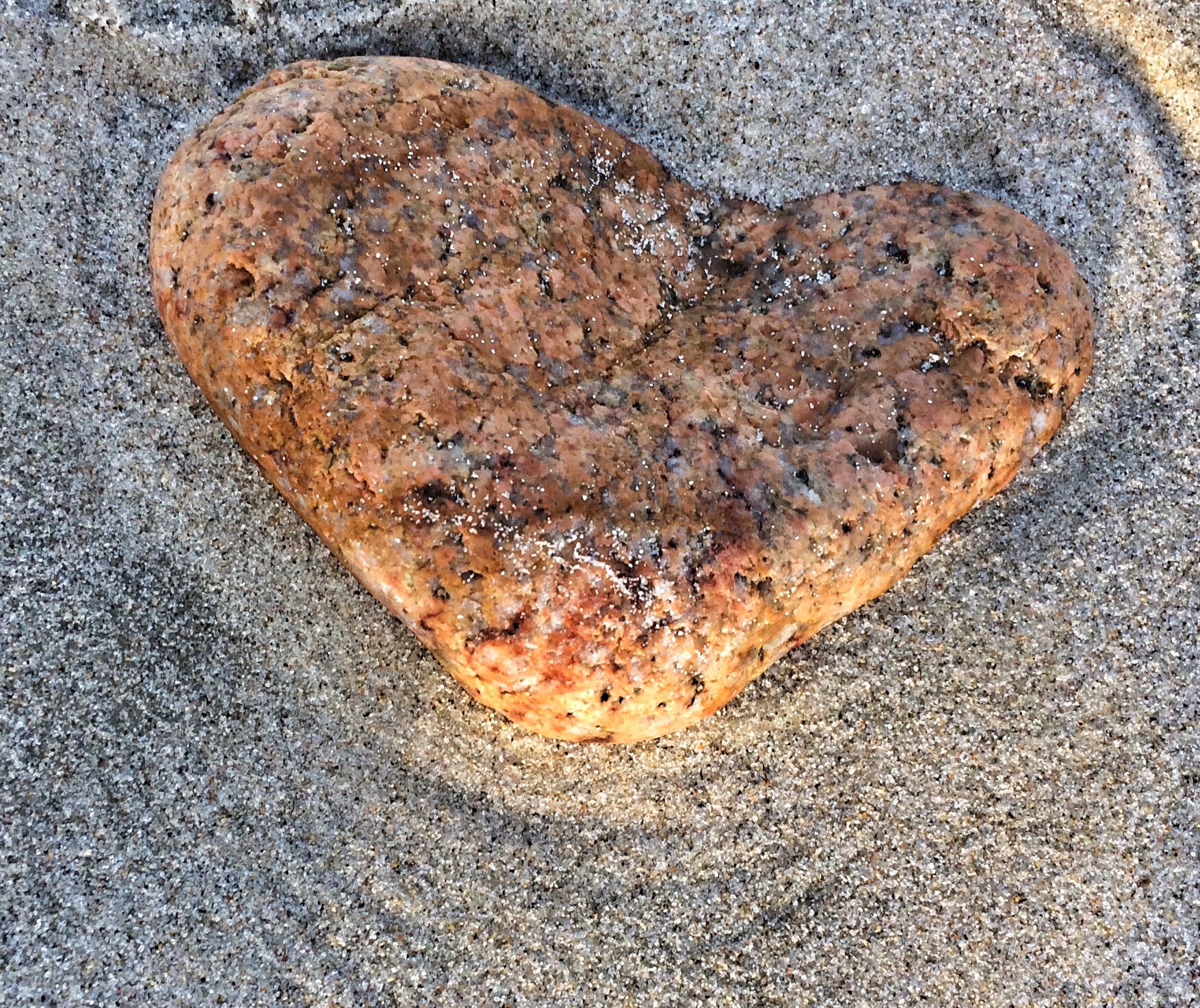 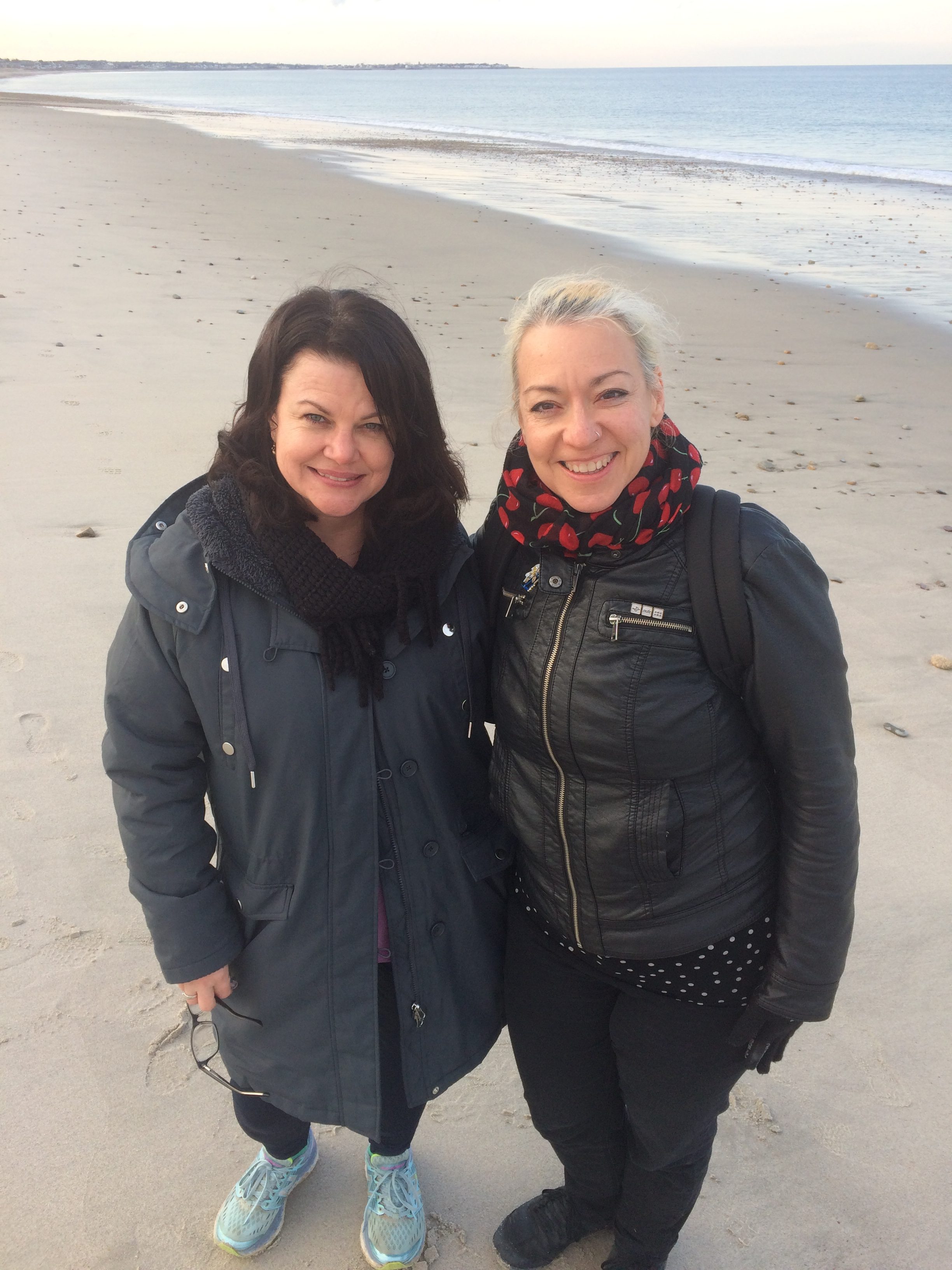 It was already almost dinner time when we left the beach and no one wanted to eat out again, so Naomi whipped us up some burgers at home so we could just eat and chill and have a glass of wine to enjoy our last night together.  Eventually it was time to go back to the airbnb, pack up, attempt a good night’s sleep and head home in the morning.

Luckily we didn’t have to get up too early in the morning and Naomi was driving us to Logan (which was a huge time-saver; 45 min instead of 2 hours + with trains and connections) so we had a pretty relaxed morning.  We arrived at the airport in plenty of time so it was just a matter of dropping our bags and settling in.

We got to the United check in area and started the procedure.  But… it wasn’t working for us.  We had checked in and everything so we couldn’t figure out what was wrong.  The agent came over and looked at our tickets and passports and then told us…  “Your flight was yesterday”. 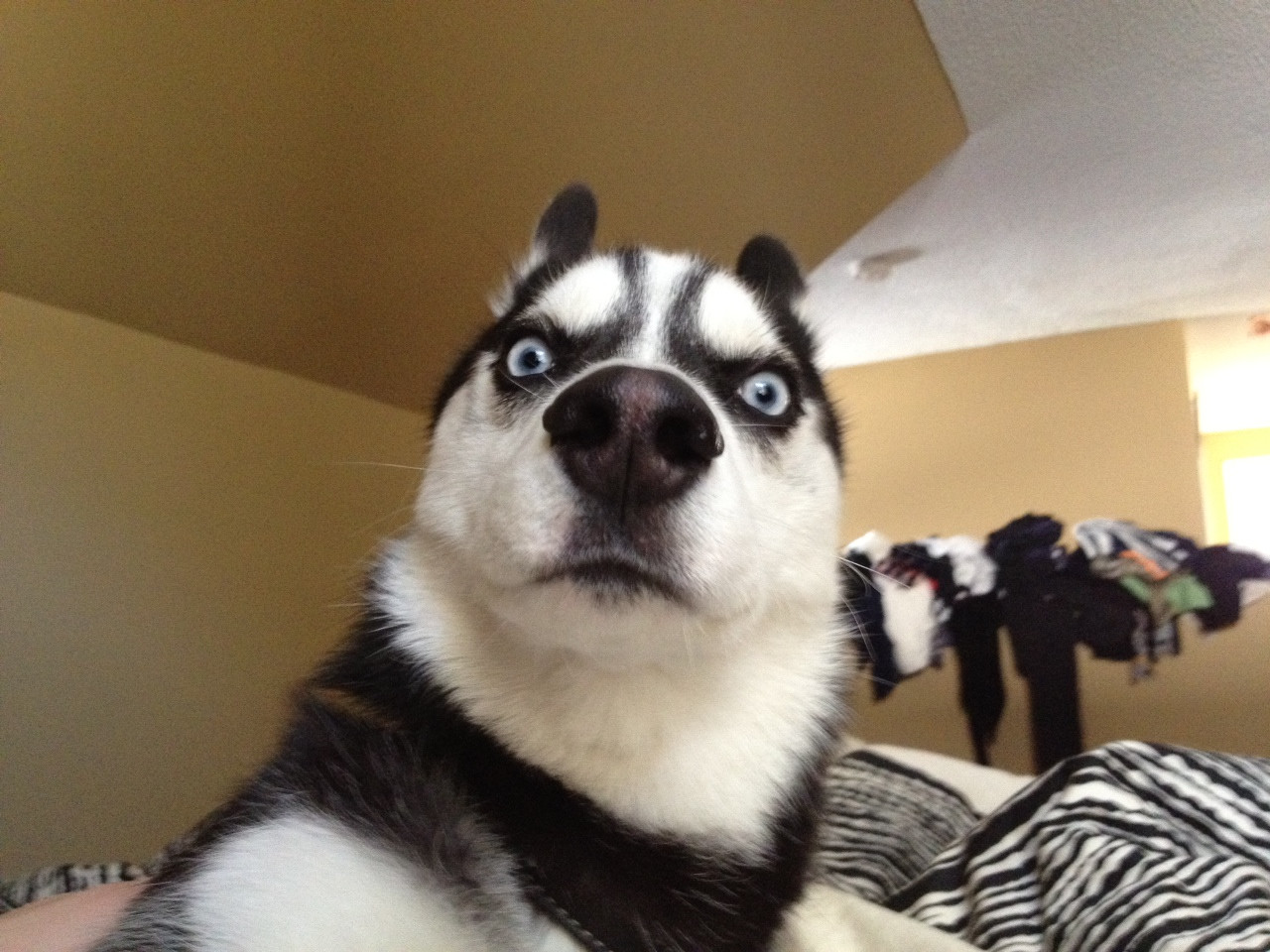 So we actually checked in (got an “early’ notification and even a delayed notice which we both felt was odd but didn’t look any further into it) for the flight on the 19th and went to the airport on the 20th!!!

Maybe it was luck, maybe it was Ron’s Finisher jacket, all I know is, United airlines only charged us an additional $75 to rebook the flight and actually let us get on said flights that day.   I have never, ever done anything like this before, so I’m not sure what happened.  We even arranged our cats to be cared for until the 21st and the parking at the airport to the 21st so how did I mess up the leaving date?   I kept thinking the 20th because that’s when we were supposed to arrive in NL which would have meant, indeed, we had to leave on the 19th.

The flight from Boston to Newark however was horrendous.  So much turbulence.  I was really stressed.  Haven’t had a bad flight like that in a while.  It was even worse that the flight TO Boston.  Once we were in Newark though it was fine;  we had something to eat and drink and then made our way on our flight back to Amsterdam.

Saturday we arrived home of course, after no sleep on the plane, so we basically crashed for a few hours!  Of course this isn’t the BEST way to help get rid of jet lag but staying up until 8pm latest was not an option!   We were up again in the afternoon, and basically just unpacked, did laundry and hung out.

On Sunday I wanted to try to run;  it had been really warm in NL and Sunday was no exception.  I woke up too late and got started too late so it was pretty humid.  My goal was 10KM.  I managed 6KM.  This was my first run since week 14!  It was just too warm, I was still exhausted and my foot was hurting.  I don’t know if it was my new shoes or not, but I have to try them a few more times to really see if they are harming instead of helping.

It was a great trip and it went by too fast.   We’d love to go back to New England again but do it properly – take a couple of weeks and really explore a bit.  It’s very hard when you travel for a marathon because it’s just not smart to be doing tons of touristy things before the day.   I didn’t even get to see Harvard or MIT (well, I saw it from a distance).  And I didn’t go to Cape Cod.  So, this will definitely be another trip in our future.