it’s Friday and the last Friday of the month, which means I’m joining Marcia for Runfessions!

I runfess that I haven’t run very many kilometers this month.  For a person who was shouting from the rooftops at the beginning of the month what their goals were and exactly how they were going to smash those goals… I’m kind of falling short.  I’ve run approximately 57KM (+/- 35 miles), missed 3 Tuesdays (1 for a snowstorm so, fair enough – the other two were just miscommunication from both sides), 1 missed Sunday and a Sunday long run changed to intervals.     I only run 3 times a week anyway or at least in theory I do.  I haven’t shown that at all this month.  On Tuesday January 8th I found out that I will have surgery again and from there my mojo started going down.   I know now that I will not be able to even attempt the 5, 10 and Half Marathon PR’s before Liverpool (in May), so my brain asks “why bother?”  I know better though and I am going to now attempt the 5K PR only before my operation.   The rest will either have to wait or will just not happen this year.  I had good intentions!!

I runfess that even though I don’t have a lot of mileage this month, Friday runs are going really well.  And the Sunday runs I have done generally also went well.   My intervals are running fast and that makes me feel confident!  So I’m kind of not really missing my runs during the week.  Running intervals on fresh legs is something pretty awesome.

I runfess that I’ve spent a lot of time on the couch this month.  I’m trying to do less because I always seem to be running around doing something; working out, doing laundry, tidying up, working on blog stuff (Ron calls it my “administration”) food prep, etc.   I am really aiming for more down time and less busy-ness.  I don’t sleep well so it’s important I change this somehow.  But now I’ve gone a little bit in the other direction.  Watching a lot of netflix and my apartment in a bit of a state again.  Gotta find the balance!  (I’ve watched the Fyre Festival documentary, the full season of Back with the Ex and the full season of the Innocent Man.  IN A WEEK.  That’s not normal)

I runfess I bit the bullet for pilates and am going to give it a go even though I’m kind of sceptical!  And doubting myself!  This is all part of trying something new and definitely a goal I have this year!  I was really impressed that the lady at the pilates studio followed up with me regarding my intro class and assured me that I will be able to pick it up and probably with a bit more ease than others who are just starting to do some physical activity.  She even said that if I need to miss a couple of weeks because of the operation and recovery, then I don’t have to pay for those weeks.   So, next week I start weekly pilates… 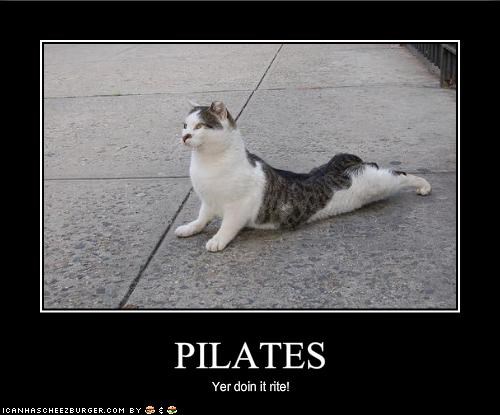 Do you have any runfessions you want to make?

Hey! I’m Renée, 52 years old, a former fat girl who started running just to lose some weight and in the meantime found out that running changes pretty much everything. My favorite running partner, Ron (53), started running just to support me, but he found out he actually had a talent for it and consequently has run over 20 marathons in the span of 4 years 3 of them being World Majors.