What Triggers those Feelings

You know, I think I must still have it in my brain sometimes that I “can’t” do something.

It’s silly actually because I prove time and again I can do things. But when I was young, when I was in school, I was one of “those” kids.

You know, the little ones, that had no strength, that possibly had coke-bottle bottomed glasses, who seemed to trip over their own feet for no reason or just fall over without anything seeming to cause it. That was me. 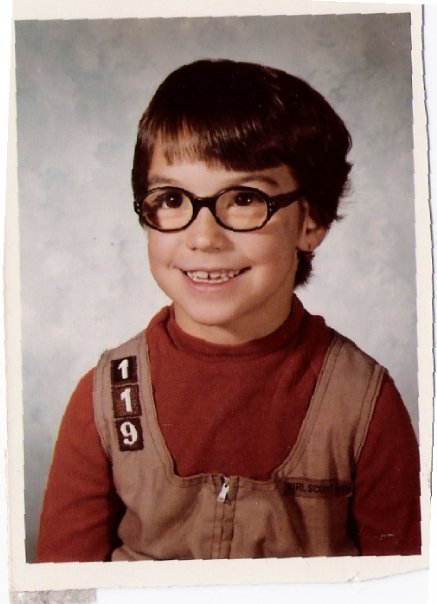 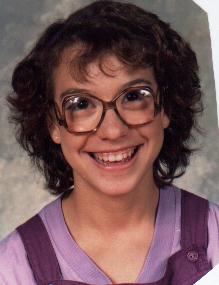 oh come on you have one of these awkward photos too!

I tried to play sports, I wanted to play and do stuff with others and I’m sure I did, just not organised (of course I played with others, and to this day I’m lucky that I still have some good friends from a long time ago). I wanted to play tennis for example, I thought the kids looked so cool down on the court. Unfortunately something bad happened one day at the tennis courts and it pretty much changed the way I looked at myself (I’m not closed about this subject, but let’s delve into that later).

I remember when I moved to my dad’s and went to school in Amarillo, Texas, I wanted to be a pom pom girl (yes. me!). I wasn’t good enough for that. I wanted to play basketball. I wasn’t tall enough, fast enough or good enough for that either (and even in tryouts I got a basketball in my face and broken glasses again). I couldn’t do track because I couldn’t run. I was that kid that got picked last for teams.

I moved back to my mom’s in the 8th grade (back in New Mexico) and I started doing ballet and gymnastics through the community center. I was ok at gymnastics but at that point too old for ballet. I swam and I swam ok but I couldn’t seem to do a breast stroke to save my life.

To put it this way, I was always just kind of mediocre.

So I guess I wasn’t meant to be athletic. I was the little girl/ pre-teen with big glasses who liked to read and played in the school orchestra. This back in the day when Nerds weren’t cool. 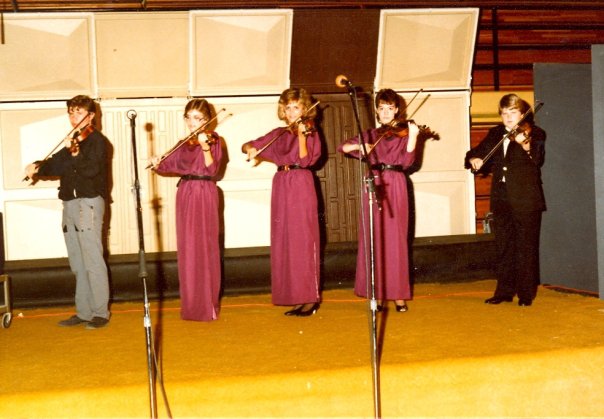 I remember when I was older I tried to be on my company softball team. I was stuck in the outfield. The night before our first game I got hit in the face with the ball. It wasn’t soft I can tell you that right now. That was the end of my softball career.

So yeah. By the time I was 22 or so I just figured I was not meant to be athletic.

I think this is where I struggle now. I only started running in March 2009. Well I had a brief stint probably in 2000 – 2001 but it didn’t last long. That was way before I knew about playlists and podcasts and Couch to 5K programs. In March 2009 I started, with my hubs, following the C25K program, determined to make it. It really took a lot of effort and I can tell you there were tears along the way.

I remember “running” in Berlin, more like crying and waddling, because my iPod was stuck and I couldn’t know when to run and when to walk. All I wanted to do was complete that day, I wanted it more than anything (amazing how reliant we are on these little machines). Eventually we worked it out and just re-did that day the next day.

I spent a long time constantly comparing my own progression with others. So-and-so was already running a Half Marathon, why can’t I even do 10K? So-and-so ran a 5K in 25 minutes, I can’t even make it in 40, what’s wrong with me. I’m so NOT an athlete!

After I hurt my knee and worked hard to recover I decided no more comparing. It worked for a while. I’d say for the most part I am not comparing to others (though it does still get to me every once in a while when others are running faster than me, but they are NOT me, we are different). But now it feels a bit like I’m comparing myself to, well, ME.

On Tuesday last week I was all ready for my run, the run after the 15K I just did for the heck of it the Sunday before. I’ve been bringing my stuff to work and then changing either at the train station (in the loos) or in the train itself (in the loo) and making sure I fuel up properly before I arrive home. Hubs will then pick me up and we’ll go down to the park (like 500m away) and do at least 5K. It’s kind of hilly so good conditioning and training for the Zevenheuvelenloop we are doing next month.

It’s no secret (I joke about it) that I am a 44 year old woman with an 80 year old bladder. This is not good my friends. This bladder doesn’t like running and jumping (exact reason I didn’t do the jumpsport class at Fitbloggin) and I’m not going to pretend that I don’t regularly wear some sort of protection “in case”. It’s also no secret or surprise that runners in general have bladder or other factory issues (thanks Jeebus I don’t have the 2nd problem) and it wouldn’t be the first time you ever heard of someone peeing themselves. It’s just, well, Tuesday I couldn’t even make it through 3 KM without doing just that.

And how embarrassing. It would have been fine had I not been wearing a pink skirt that, uh, pretty much showed what just happened. No, you can not pass that off as sweat, ladies.

So freaking annoying as well. I was so annoyed at myself, at my body! Why won’t my body just do NORMAL things? (no, do not tell me that this is normal, oK? yes, it’s a normal function but it was uninvited at that time thankyouverymuch)

So irritating. I ate that day and planned dinner according to that run. I needed that minimum 5K. I needed it. Why did my body fail me? Why do I work so hard and for what?

So now maybe you understand. I honestly felt defeated. By myself. But it’s ok, I know it’s not the end of the world and it doesn’t mean I’m a failure.

I’m not a failure.

I am an athlete. I’m just an athlete who needs to do kegels more regularly.