If you know me by now then you know that two weeks and nary a post from me is pretty normal. I am the Queen of Good Intentions.

So here’s a few things:

1- I started the month/year with choosing to stick to a healthy way of eating, rather than stress eating, not planning, comfort eating etc. I had a first weigh-in where I lost 2KG, then the next week I gained 500gr and promptly had a meltdown. I’ll say it again, dieting (which, let’s face it, when you feel compelled to get on a scale once a week to monitor your progress, that’s what it is) is a total mindf*ck – I’m pretty sure I felt bad for about 5 days until the black cloud of failure finally dissipated and I was able to move on with my life. Third week weigh-in brought me a loss of 1.1KG. So, I’m at least closer to that number I always seem to be at (80kg) than I was at the end of the year. I’m logging in to MFP every day to keep the thought in my head to stay on track and most days I’m fully logging my foods.

2- I started with a personal trainer (actually the same one I had last year) and while we had a great workout, where he even complimented me on my fitness level, I could hardly walk for days afterwards. really tough on keeping up my running workouts. Last year I was annoyed that he was constantly cancelling our appointments at the last minute or just not showing up (how did I forget that???) and already our second appointment was cancelled a few hours before I was supposed to go. Thing is, I arranged to work from home on these days and have worked out my running days around these trainings so it was just not cool to have it cancelled. I hope this is just a fluke and we can continue on next week (with more upper body and core work than legs).

3- We (Hubs and I) joined a running group here in ARNHEM! (yay!) and we did our first run Wednesday night with the group. As much as I love meeting new people I am also quite nervous about it. So when I meet new people in my 2nd language it’s a little bit overwhelming but I’m super happy that I pushed through that. I was pretty worried that I would be the slowest and hold up the group, but I feel like it was a good healthy challenge that I needed. Yes I was in the back, but there was another girl with me and we just kept on going even though the group would stop and wait for us a minute or two. After the run we hung out and had a beer and chatted and it was just really nice. I have wanted to join a running group for a long time and I totally get why experts say “run with a group or a buddy”.

The Egmond aan Zee Half Marathon 2 weeks ago was good. It was tough but it was good! It was beautiful, sunny, amazing. My whole team did really well. I was the only girl in the group though so I knew from the very beginning I would be the last one in. It doesn’t matter to be last it matters to do it, right? 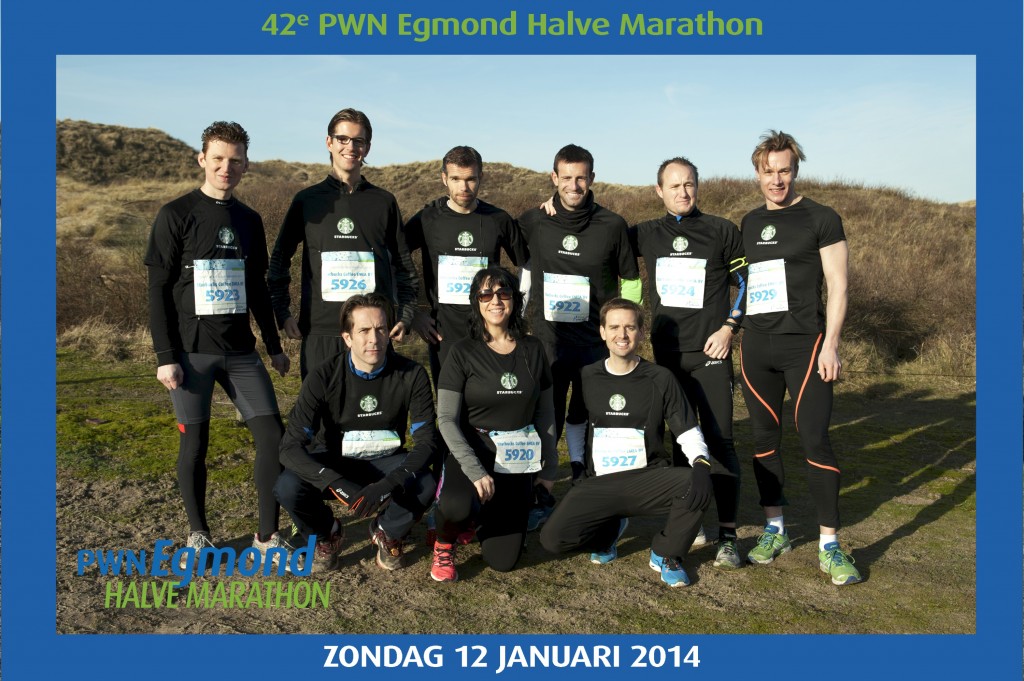 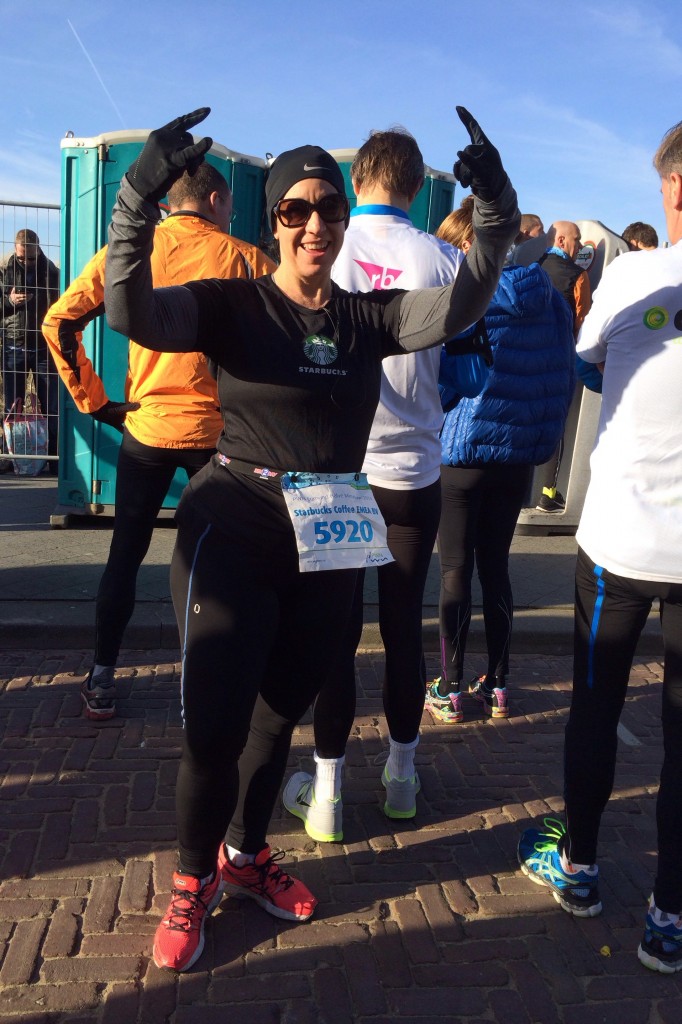 Everyone said the beach part would be the hardest part – 7KM on the sand and the tide was supposed to be rolling in approximately 1 hour after we got started. To be perfectly honest the beach was NOT the hardest part for me at all. The sand was pretty packed and I just ran consistently on the right. In fact my feet didn’t even get wet until about 9KM into the run (with 1 left to go on the beach) and that was fine, since you kind of know it’s going to happen, right? No, the hardest part for me was the dunes, I completely lost all steam trying to climb up from the beach and the next few KM’s were just really hard. The ground was not super stable and the path was very narrow so I struggled a lot with all the other runners. 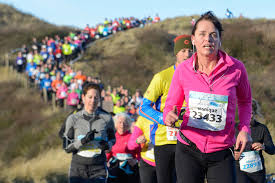 Finally we reached the bike path in the dunes and it was a little bit easier to run again. I lost quite a bit of time though getting through the dunes that I *just* made my goal time of 2 and a half hours… however… the course turned out to NOT be 21.1KM… it was only 20.8 apparently! I checked with several guys on the team and they all confirmed, 20.8KM. Official time 2:30:11. This was the third time I ran Egmond, but the first time I did the Half.

Of course my husband kicked total arse at 1:47:03 – his second half marathon (first was in October) and 6 min faster than the first. Not only that but it was his birthday!! What a way to start out your birthday, with a Half Marathon race!! 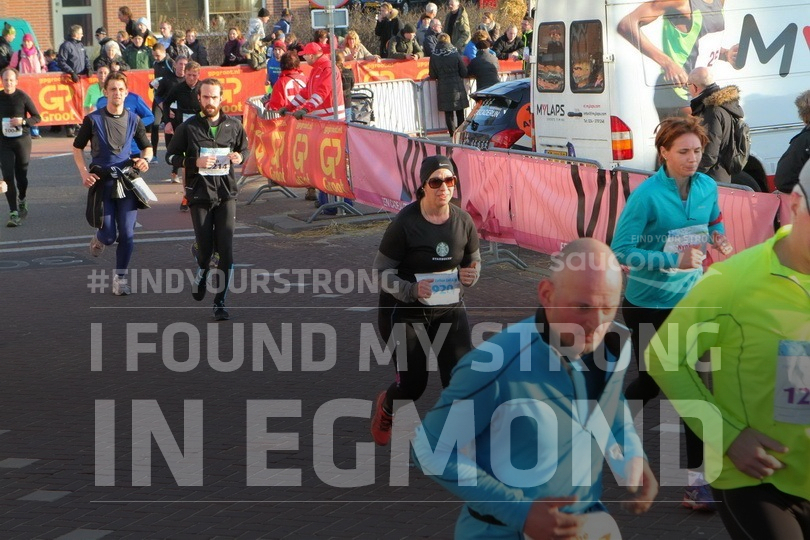 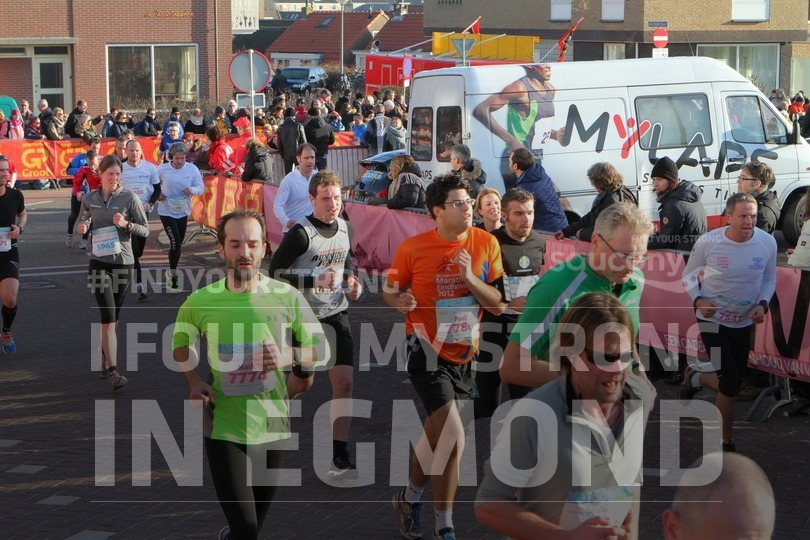 I have some other things going on, things in the works, and I’ve been training (always training) but I’ll save it for the next update.

How’s the start of your 2014? Have you run a race already? Started a new exercise class? Got a new gadget or started a new food or exercise program? Tell me what’s up with you!