After my so called “hard reset” I still had some work to do.

Week 11 was supposed to have minimum three runs, but once again I had only two.  Monday night with Vincent’s Group was again intervals and technique but we mostly ran easy due to the Stevensloop Half Marathon that most of us were participating in on Sunday.  I’m enjoying this group and glad that I could join.  And it really helps me at least get an interval run done!  I am struggling to do these on my own.    On Tuesday I wanted to check out BodyAttack at the gym but I read the schedule wrong and was too late!  In the end, glad I didn’t do it because it looks less appealing that BodyPump (kind of like old fashioned aerobics really). So I did my own workout at the gym and it was good!  Wednesday was spinning night again with Vincent and Ron on the treadmill while we were sweating buckets in RPM.    Thursday I wanted to do intervals but I ended up working late and just didn’t have the energy, plus I’d already promised Vincent I’d give him a well-needed massage.  On Friday *I* finally got a massage;  I was hoping it would really help me for Sunday’s Half.  We skipped spinning all together on Saturday to rest our legs up as well. 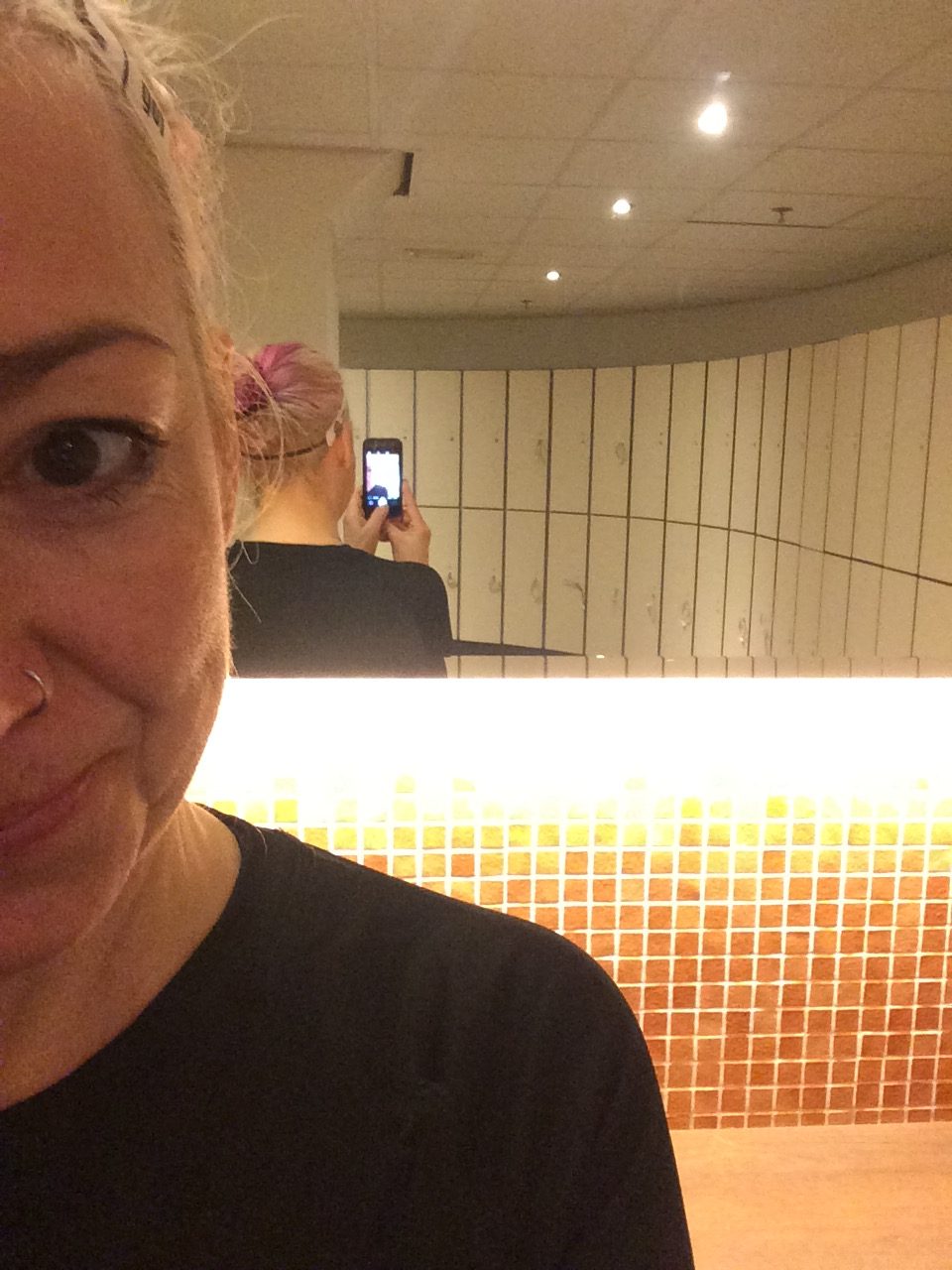 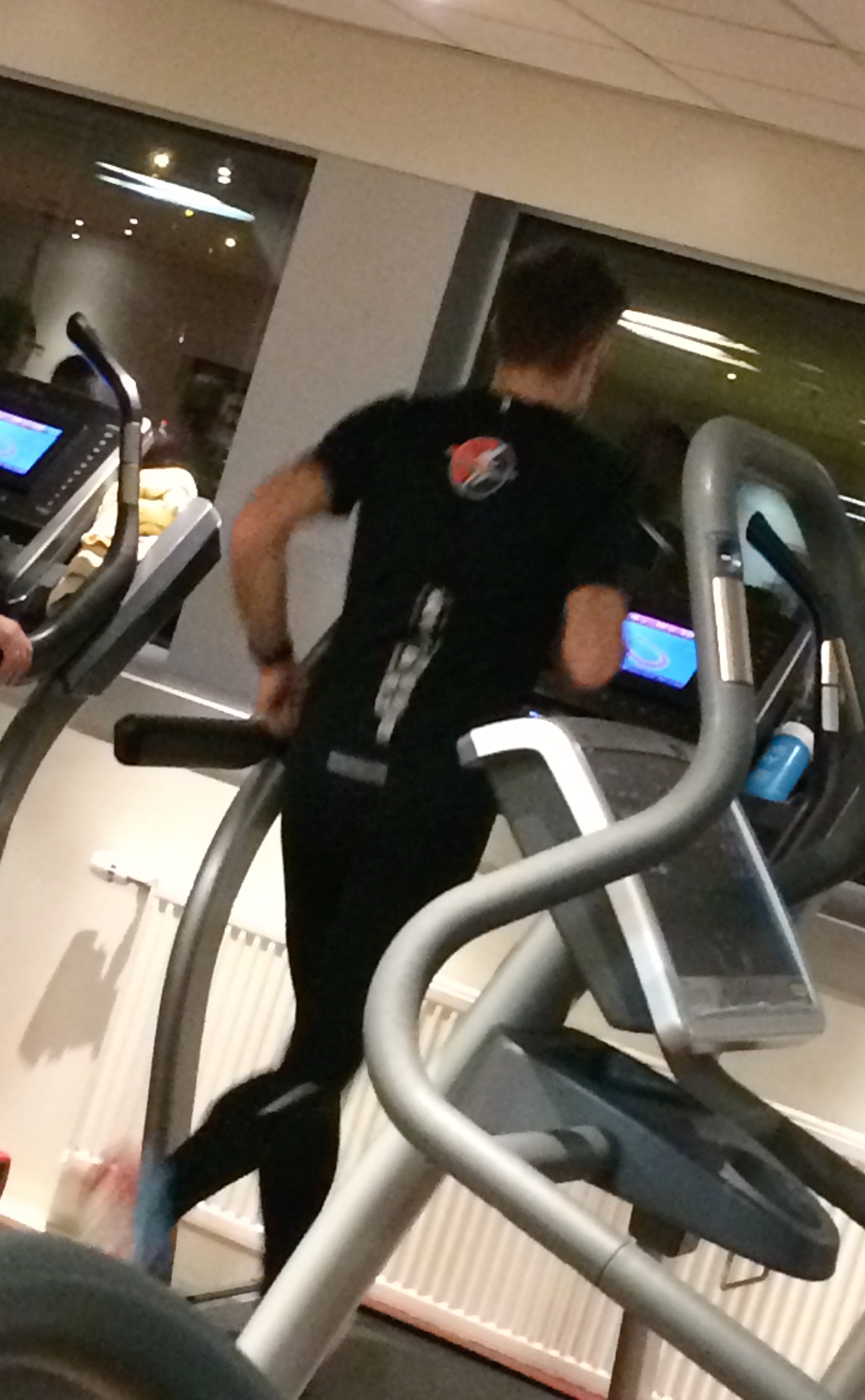 mr speedy on the treadmill

Sunday was truly a disaster though.  It was colder than the few days before and the wind was insane. I mean INSANE.  I felt good that morning, it wasn’t like anything was wrong physically!  Anyway, I went into it just thinking it would be ok, I just had to get through the first half and then it would be fine.  When we actually started I had the feeling that there were less participants this year – usually it takes quite a while to get through the starting blocks but we were off fairly quickly.  The first two km’s were fine actually, and it was freaking windy, but I thought I could manage it.  Then we hit the first bridge.  Man.  I thought I was going to get blown away!   At some point it felt like I was running sideways instead of forward.  Finally over the bridge at 4KM I noticed I was second to last.  Which is FINE, generally.  I have been last before at smaller events.  This was a bigger event and the sweep busses were literally on my heels.  I did my best, truly, but the wind was just getting so painful on my face and the buses were messing with my head.   I stepped out at 10(.15) km.   Enough was enough. For the first time in my running life, I had a DNF.  I choose it.  I got in that bus and wrapped a blanket around me and tried not to be too upset about it.  5KM later 4 more people got in the bus.  They’d all had it.  Anyway,  It is what it is.  Bummed but nothing I can do about it now. 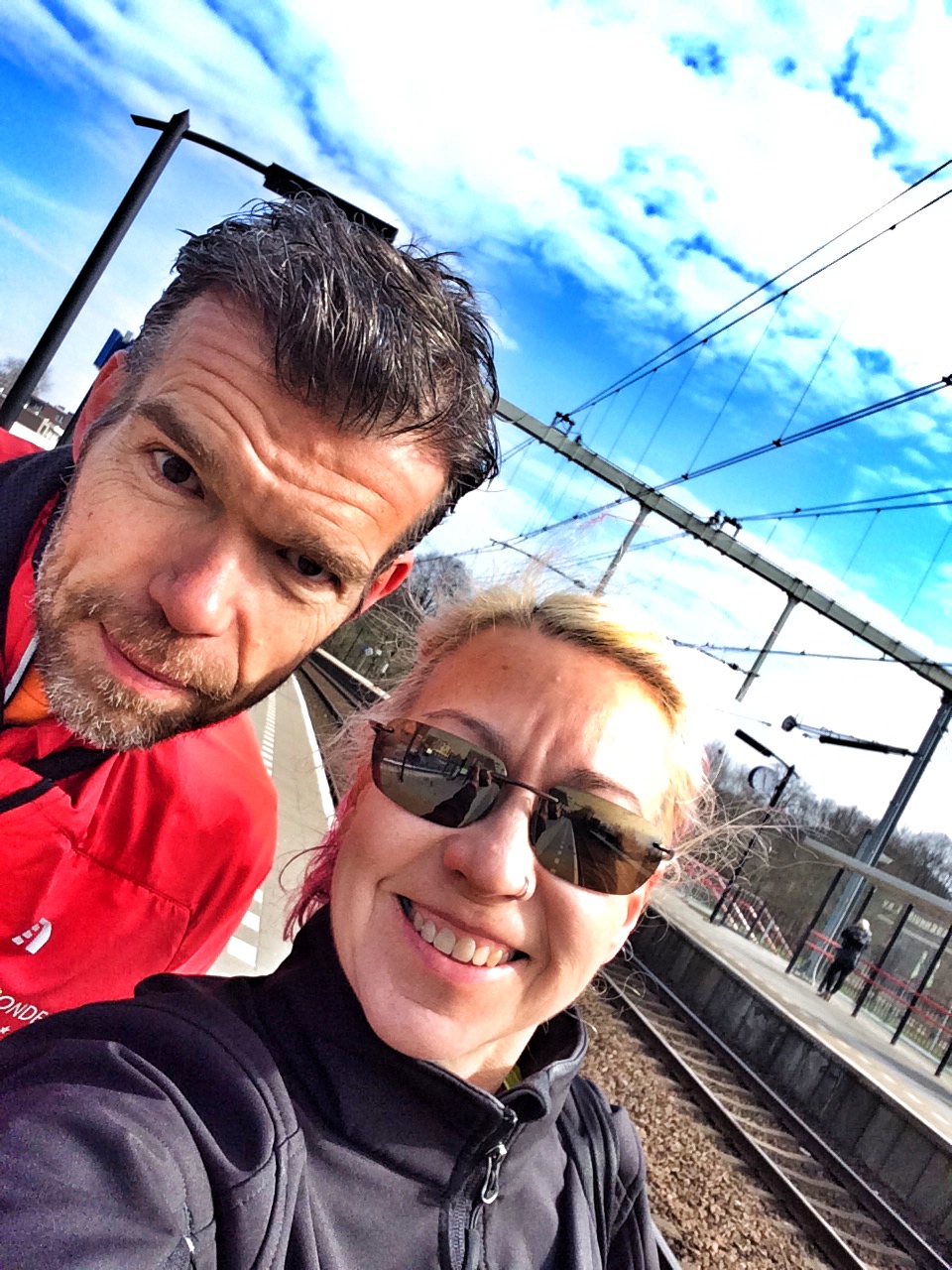 at least on our way with a positive outlook 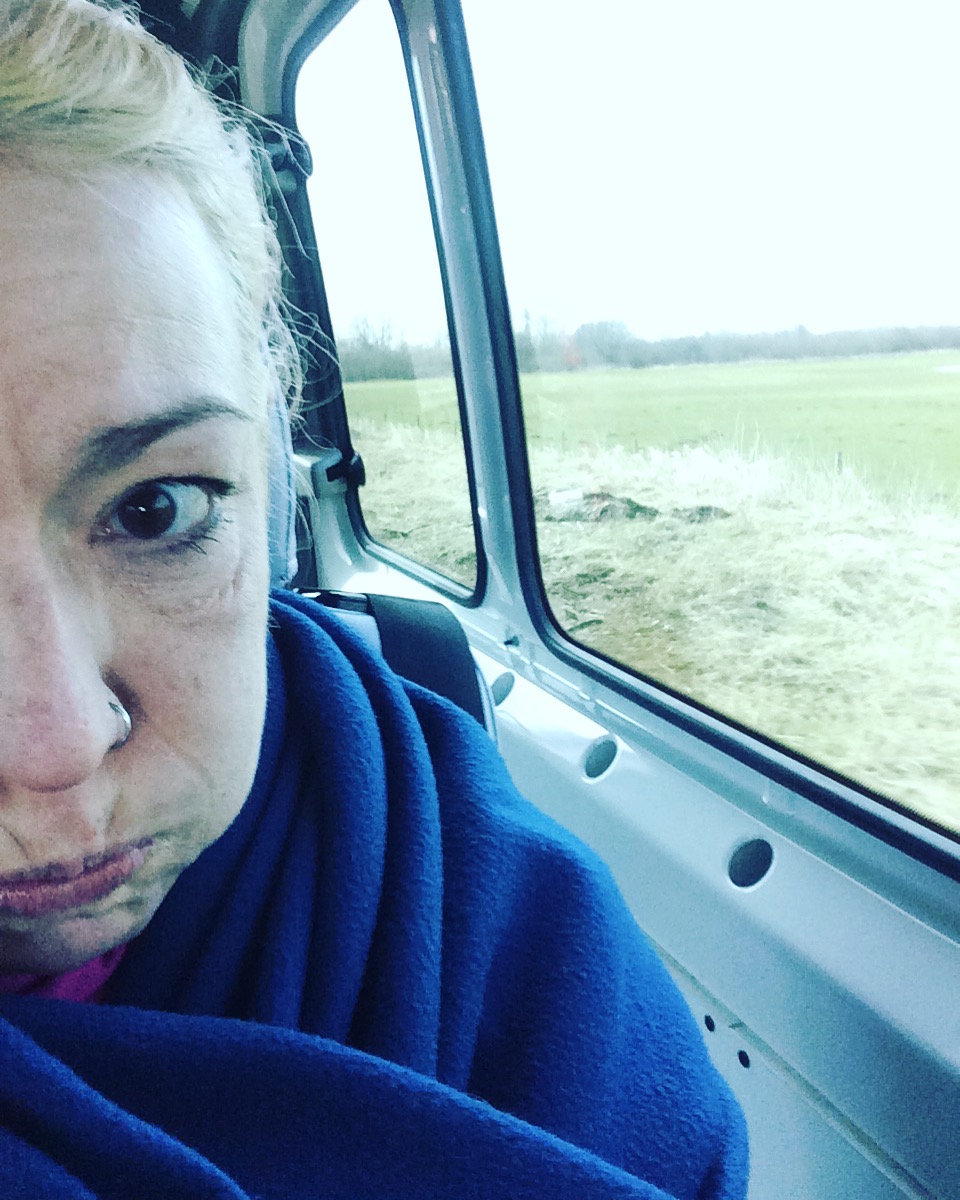 omg the wind and the cold. just so over it. my first DNF

Week 12 was the week that I actually got it back together again and I feel like I’m well and truly on my way.  I did however skip Monday evening training with Vincent’s group, but on Tuesday I forced myself to get out and do an easy run, even though I did have one massage client.  I only got out at almost 9pm but I DID IT.   Wednesday was RPM again; another great sweaty session.  Thursday I wanted to do my intervals, but I had to work late, and when I got home Ron was cooking and I thought “well that’s me in for the night then!”  On Friday I had to work at my “normal” job in the morning and then in the afternoon I had 4 clients!  So I was pretty darn busy day.  I was determined to DO MY INTERVALS though, so at around 6:30pm I kitted up and went out for 8 x 400.  I’m particularly proud of this interval and the last interval I did on my own because I did them on my own.   I feel like this is really helping me get that mojo back that I so desperately need.   Saturday I was back at spinning in the morning, though Ron and Vincent both weren’t able to go with me.

Sunday Running  –  I wanted to still tackle that half marathon distance and was looking around trying to find an event I could do but everything was either too far away, sold out or too short/ too long.  Ron was going to run the Amstelveen marathon as a training (I know… “as a training”) and Runiversity was hosting a long run (+/- 15K) so I decided to get up with Ron and run to the meeting point (9km) and then run with the group.  It was a beautiful, crisp day and wonderfully peaceful at 7:45 in the morning and I had more than enough time to get to Rijkerswoerd Plas by 9.  For some reason though I was running faster than usual and ended up at the lake 10 minutes before we started instead of with only a few mins to spare (I didn’t want too much down time).  Our long run was actually interspersed with some technique which I also enjoyed (to a certain extent, haha!) and in the end it was 13km I ran with the group.  So, in total, 22KM (and a ride home from one of the group).  Ron of course ran his “training marathon”  in 3:16… (insert shocked emoji here) 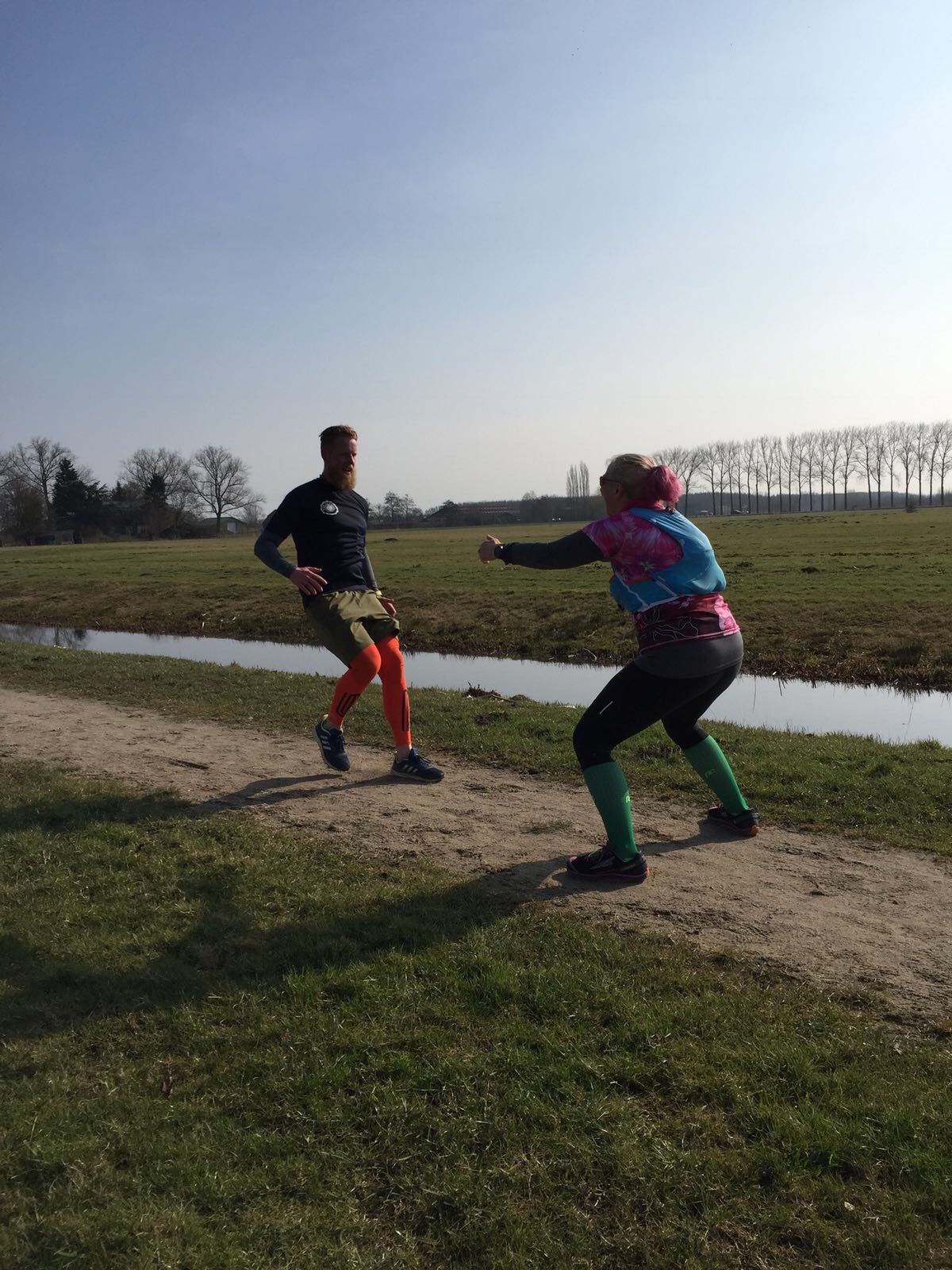 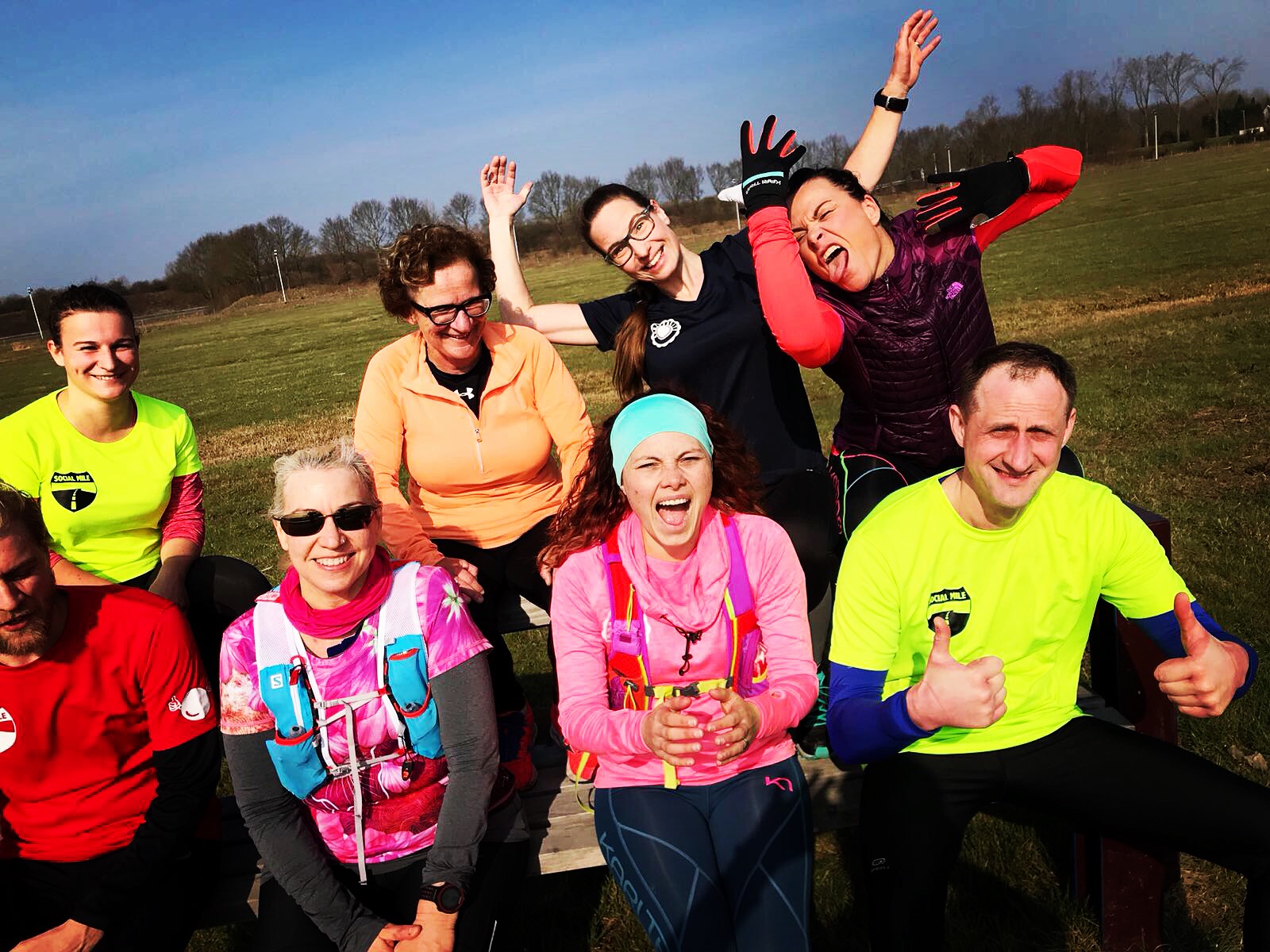 Food –  I’ve been seeing a “lifestyle coach” to help me get my food and eating together.  I’m not eating the wrong things but I’m eating too much of them and possibly at the wrong time.  So she’s trying to help me with actual time and intake for sport days vs. non sport days.  It’s interesting, she’s very nice and super helpful, but I’m not getting too excited yet.  I did lose a kilo in the two weeks after our initial intake, but I’m very cautious about any sort of celebrations.  I do think she’s right that I got caught up in marathon training fueling and am in a constant cycle of refueling even if it’s not necessary.  I also bought a Body+ Scale but it’s not any friendlier than my own scale! ha!

Big Decision Life Stuff – in Week 11 my boss tagged me in a job vacancy post regarding a job in Chicago and I answered it saying that I would love to live in Chicago again but that I likely wasn’t fully qualified for the role.  My colleague who posted the job though… he called me and said that they would love to have me and would I be interested in the role I’m doing now plus a bit more responsibilities?  So I thought about it and talked to Ron about it and then informed my potential manager that I’d be interested in seeing what they had to offer.

Since then, however, my head is SPINNING and I’m sure at this stage it’s a no.  There are too many cons vs. pros.  There are some good, even great reasons to go back, but what about the quality of life we have here?  I’m not saying it’s bad in the US but let’s face it – health care, social programs, flexibility and protection at work, vacation pay, minimum 25 vacation days…  everything that we’ve built up here would just be at a dead stop.  We have no credit in the US, we’d have to get driver’s licenses, I don’t even know if Ron could work (plus getting him there is $$$$$).  But also… no vacations like we have now.  No jetting off because we can.  We are not spring chickens either.  I don’t care about material possessions – to be honest I could sell off everything i own right now and be gone, but I do care about the life we have now vs. how harder it would be for us.  What if Ron can’t get a job? What about the kids?

So yeah, that has been a major, major thing on my mind the past two weeks – I’m still waiting to see what they offer but I think my few days of thinking “how cool would that be?!” has turned into “not the right thing for right now”.

And… the foot – I had an MRI (finally) and they found NOTHING in my fourth toe.  So frustrating.  So now I have an appointment with the neurologist.    It feels like a never-ending story.  My foot started tingling in 2013… and yet NO ONE can tell me why that is or how to fix it.  Though the shots I had in my back did help my foot and my restless leg a bit, it’s back to it’s old ugly self again plus the weird dead/painful toe.  And this you can’t even google.  My symptoms don’t seem to get googleable.  Sigh.

Oh yeah, and The Girl and I (stepdaughter) went to see the Script in Amsterdam.  We had sushi beforehand and got to catch up and talk about all things life, school and boyfriend.  While I have always loved her, there is something about getting to hang out with them when they are older, you know?  Just super enjoyable. 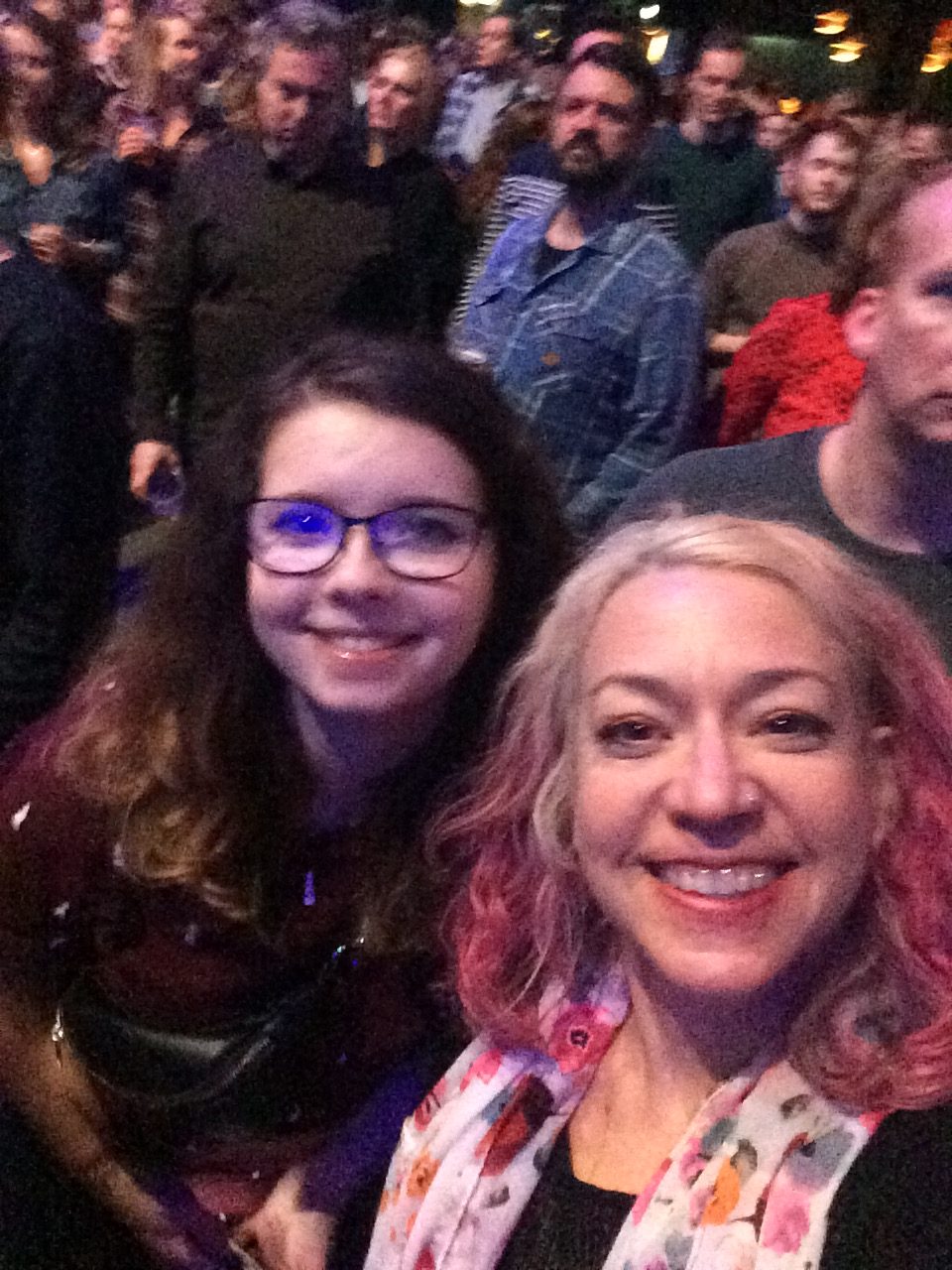 her second concert ever! 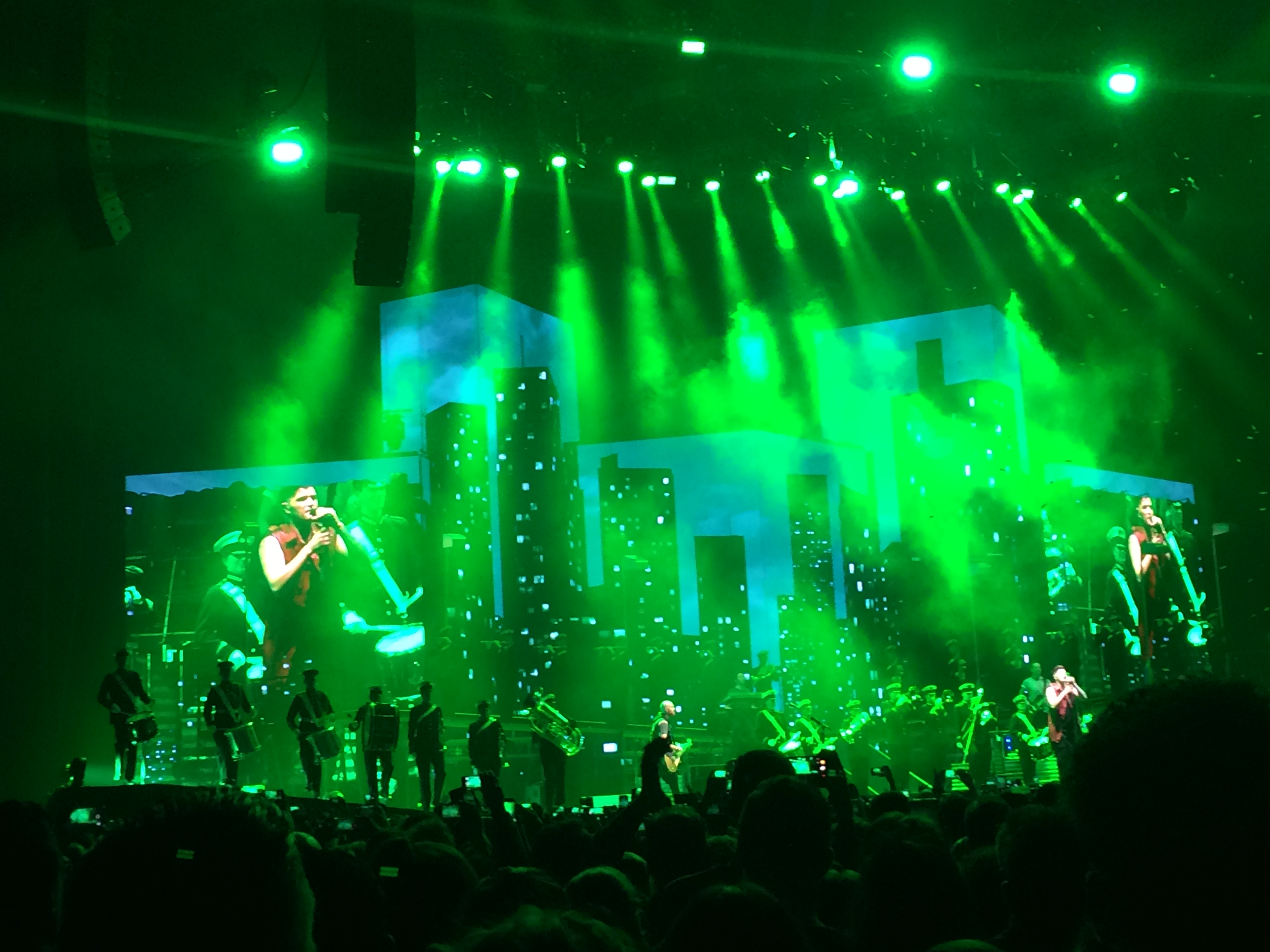 So how do you deal with a huge life decision?

What’s your favorite way to do the long run, alone or with a group (or another person)?

Do you go to concerts with your (almost) grown kids, if you have them?  If not, what sort of activities do you do with them?