Today is my wedding anniversary. Three years ago the hubs and I got married in Las Vegas with just a few people who were able to come and join us. We didn’t officially invite loads of people on purpose. We just wanted it to be small, intimate. In fact how it turned out is that a few people from high school were able to come (I am still friends with several, mostly all orchestra or girl scout friends), a few people I’d known for years from the internet that I’d never met before (Like NakedJen) and a couple of colleagues came. All in all we were about 15 people I think. Anyway, it was brilliant :) 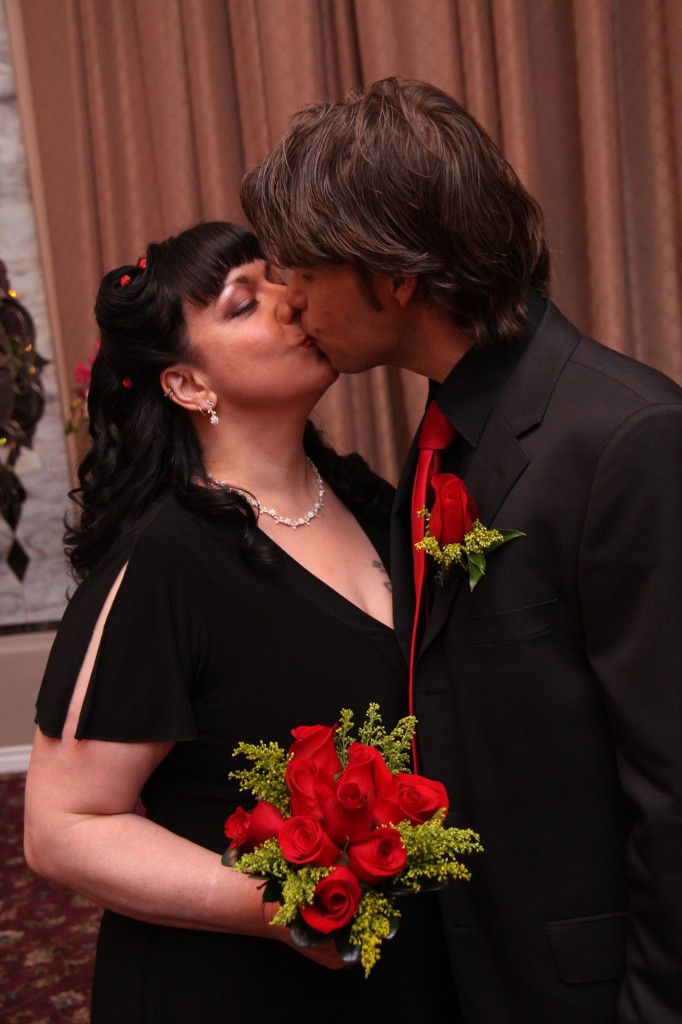 We went to Phoenix, to Las Vegas and then drove over to Los Angeles and it was a really great trip for us both (with the exception of the fake nails that I had put on before we left the Netherlands for our trip, the Nail Girl didn’t listen to me at all when I told her SHORTER). I mean, of course it was, we got married right? :) 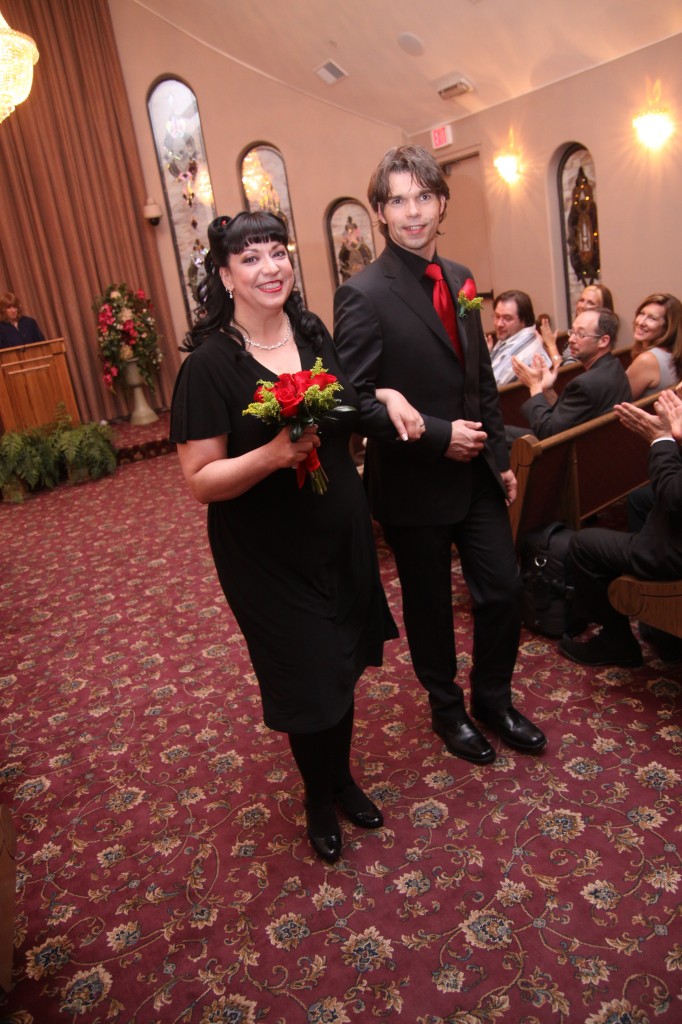 Leading up to the event I think I attempted to lose weight about 23 times (this after the weight loss in 1999 – 2001 with the maintenance until around 2004- 2005), but I never really committed. I was going through a LOT of “stuff” (aka shit) and not coping very well with my life. And I was eating. And drinking. And definitely not exercising. I promised myself I would not be a 100KG bride, but unfortunately I walked down the aisle anyway hovering around 95KG (because I started AGAIN in January 2009). Well, no matter, I felt pretty good, my husband looked hot and well, more importantly we were making a pretty grand commitment to EACH OTHER and that out”weighed” my KG number on the scale.

And he has never had any issue with my weight. When we met I was around 68KG. So you can imagine from 68-100 in a short amount of time I was pretty out of control, but hubs has always said I am beautiful, sexy and gorgeous (he’s a keeper for sure – but we all agree it’s not necessarily what’s on the outside, the inside counts loads, right?). There’s always that moment that you have when you say enough is enough. I’m not sure I even had that moment in January of 2009 but I know AFTER we got married I had the big moment and that was when my 40 year old friend Michael suddenly died. Michael and I had been friends since 1997 and had both been on the weight loss – weight gain roller coaster. We got on health kicks together, went to the gym together, but we also partied together, traveled together, spent holidays together, you know that kind of stuff. I didn’t have a lot of contact with Micheal in the year prior to his death – we were both pretty busy and he was kind of a loner; loved to be by himself, he was a musician constantly creating his music at home coming up with newer and fresher songs than the last, tweaking and striving for perfection. I imagine he had “let himself go” again because he suddenly had a pulmonary embolism. I know you can just be genetically disposed to something like this, but it’s also fair to say that overweight and sedentary people ARE more susceptible to this that those of us who are more fit and healthy (and not overweight).

So Hubs and I got married, me not at an ideal weight but once we came back from the States we started the C25K program. Michael died about one month later. That was the moment that I said “this really has to be my last time.” And it is.

So here we are 3 years later and I know you all have heard me whinge on and on and on about it – since March of 2009 I have lost now officially 12 KG (and 5 prior to March). I am by no means anywhere near a number goal and let’s face it, I just can’t really have a number goal anymore. It makes no sense for me to have one and it only makes me feel unhappy. But in that time I’ve run more than 1,300 Kilometers, cycled more than 1,100 Kilometers, and participated in many races from 5KM to Half Marathon and I do it (almost) every single time thanking the Universe for how lucky I am that I am alive, that my body works the way it should and that I have a husband and two great stepchildren that came with the package for love and support. Back when I lost weight before on Weight Watchers and maintained it, I didn’t really have this kind of appreciation. I didn’t think about how lucky I was that I could walk, run, swim, I just thought about how many calories I needed to burn to work off the pizza and booze I stuffed down my gullet the night before. 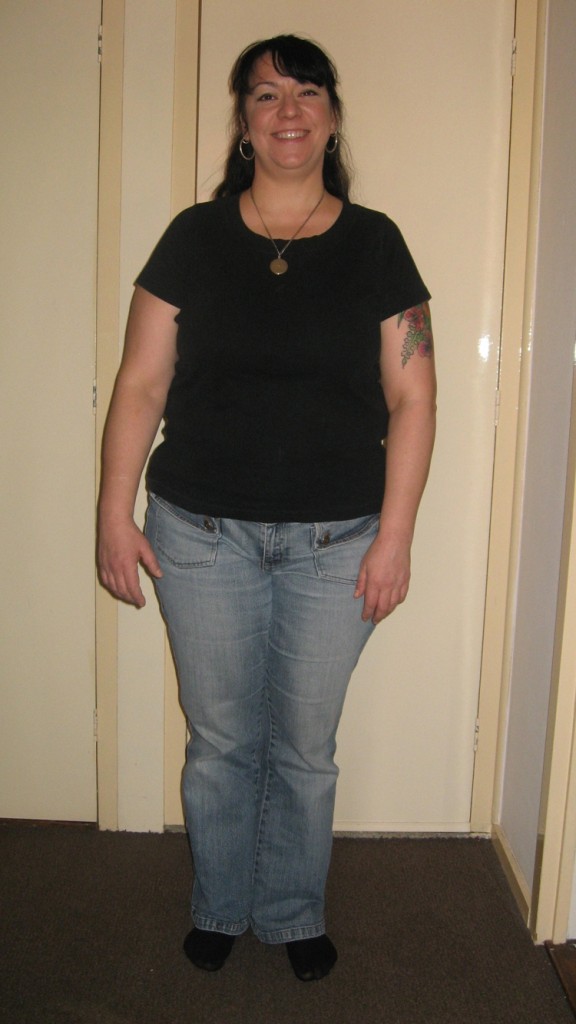 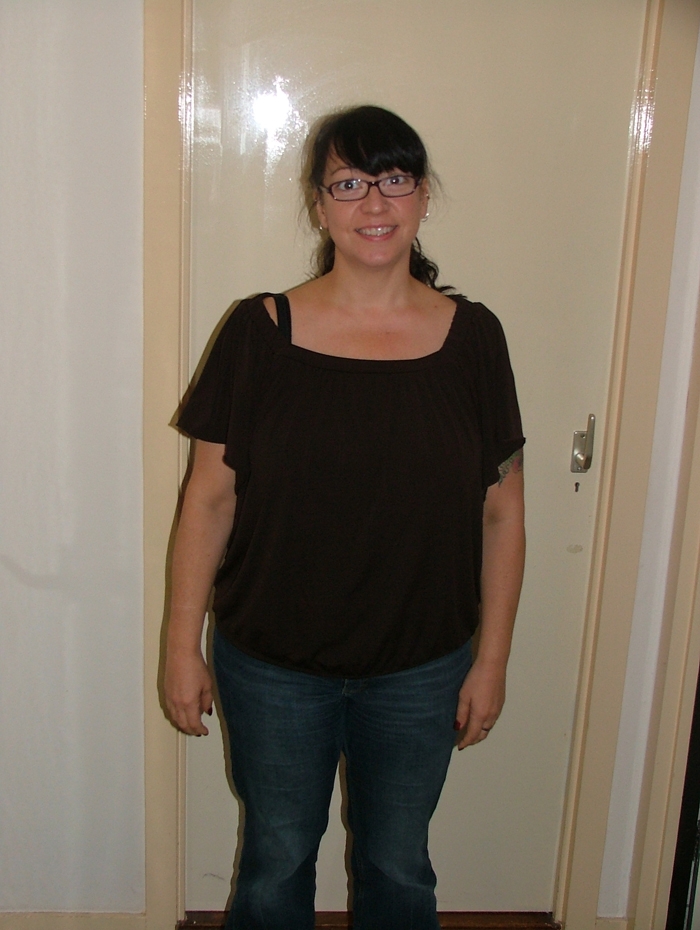 One of these days I’m going to also reach a number goal, but hopefully you guys will stick with me, like my husband sticks with me, while I reach a few other goals instead.