The last few days have been super stressful.

Normally when I get stressed I put on my kit and hit the pavement to release some steam and clear my mind. But as you know, I’m almost 3 weeks post-op and not yet allowed to do so.

Yesterday I think I spent at least 14 hours of my day doing something for school. First finishing up my theory for my First Aid class (Wednesday is the practical part of the class and I should receive my certification), then two massages (one for a Client File and another just because she needed one) then shopping for necessary items for my exam, which I found out this past Thursday is the 4th of June at 9am! What did I need to buy, you ask? I have to be fully ready to show that I am prepared for any situation, say at an athletic or football club where someone may need massage, medical taping or in need of first aid. So I had to buy the following:

*sport tape and bandages, and a box to put everything in (I had materials I received from school, but have been schlepping everything around in a plastic bag. A box is much more professional!) 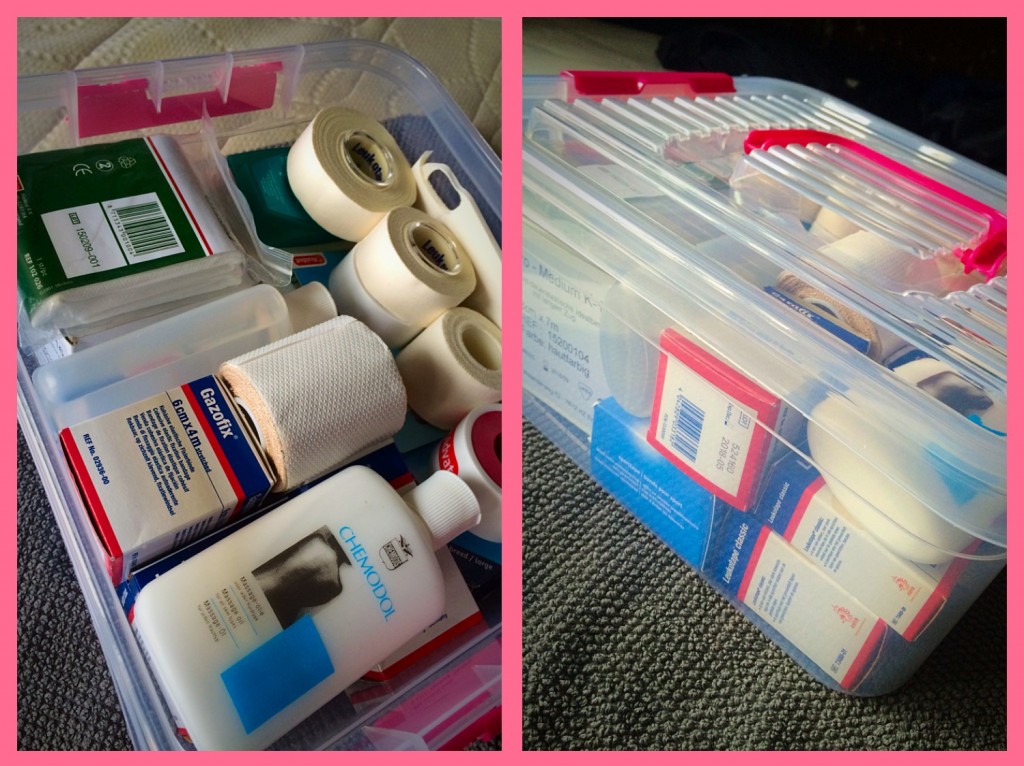 *a little digital clock – I have no idea of the time when I’m doing massage! I need to look at the time to get a better feel for how long to do each section I’m working on.

*towels – I have to have all of the same towels and all in the same color. So I bought 3 large towels and 3 normal towels all in black. I have to have my own towel to wipe my hands off – this cannot be any towel that has been used for a client. So I’m using a bright pink towel to distinguish my and my client’s towels.

*a Polo shirt – I bought a bright pink polo shirt since I have a sort of required “uniform” for my exam. So Pink shirt, black sport pants, pink towel for me, black towels. Matchy, matchy!

*I also arranged some black terry cloth fitted sheets for the massage table. I already had a black cushion for under the knees or ankles.

After I finished my shopping I worked on my Client Files – I had all my notes and information but I had to fill out the actual files and that took me basically FOREVER. I am a total procrastinator when it comes writing in the Dutch language and this is seriously something I would like to rectify in the future. Anyway, I wrote up these cases and also practised a few function tests on my husband, mailed everything over to my instructor and since it was almost 11pm at that point (i did eat dinner in between!) I then cracked open a bottle of wine…

After a good nights’ sleep (finally!) we were up and at ’em this morning, mostly doing some practical things (read: laundry) and at 12 the hubs was ready to do his last run before Liverpool and asked me if I would join him.

Of course I said YES, actually put on sports clothes for the first time in 3 weeks and I got on the bike to support him on his progressive run. The plan was 2 KM warm up, then 5KM @ 4:45min/KM, 5KM @ 4:30min/km and 5KM @ 4:15min/KM. He did such a great job! I know the last 5 were tough for him but I cheered him on and HE DID IT! Last 1km he did a cool-down. Of course I don’t think my HR got up over 100 but I was super happy to have been able to also do some activity for just over an hour and fifteen minutes! 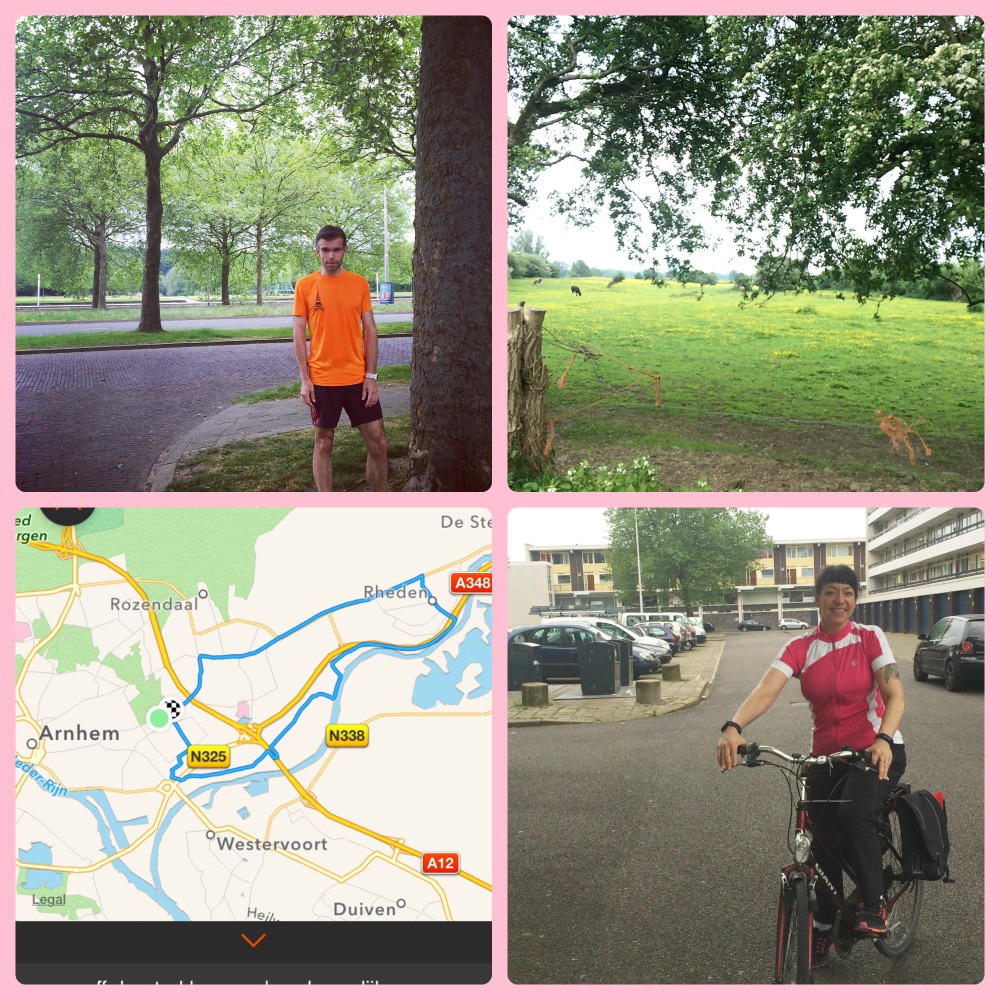 Running and Biking to Rheden and back!

Now I’m going to go back to studying, watching massage technique videos and quietly freaking out that my exam is in 13 days…

Do you have a first aid kit at home? Do you know how to do CPR and general first aid??