This past week we had another holiday (Ascension Day) and I had massage clients this week so again I wanted to plan things out to keep a stress-free but tight schedule:

Fitness through the work week

Pretty proud of myself for the AM workouts – especially Friday.  On Thursday night I went to the movies with M-J and only got home and in bed around midnight!!  I missed two days doing the stairs at work though.  Will keep trying to make this a habit because I do think it’s a good one to have!

I have to say that things went pretty well with food prepping this week.  I’m trying to make the effort again in thinking ahead what I may need and what will help me stay on track.  So, for example, on Thursday when we were out a few hours with the bike I had grapes and cherry tomatoes with me, instead of a ton of bread or Clif bars.  Nothing wrong with those things, but I’d like to get my energy for shorter periods (2 hours or less) from other sources than bread carbs.

At work I also had all the food and snacks needed and I managed to avoid the mini snickers and mars that somehow showed up again in our department.   Only on Friday when I went to the opticien, I snagged two “kletskoeken”  (very thin tasty wafer cookies; according to WW 1 point per cookie) because I wanted them (I was going to say because I was weak or human or whatever but let’s face it, I WANTED THEM hahaha!)

As I mentioned I’m going to weigh-in on Wednesdays;  I feel like I have a decent handle on things and my brain likes seeing the points accumulate for all the activity so only positive news there.  Watch this space for Week 2 Weigh-in.

I have the feeling I’m always at some kind of specialist for something.  Is this just aging or is it me?

Monday I went to the neurologist.  She doesn’t know what is wrong with my foot / toe either so on May 25th I get an EMG.  If nothing can be determined with that, we’ll do other tests and I may eventually have to go on meds (UGH) or go to a pain clinic.

On Friday I went to pick up my ears at the audiologist.  At the moment I don’t have the hearing aids on hearing, I have them on a tinnitus mask.  Or so he said.  Everything sounds quite loud at the moment.  He said it would sound different and I would have to get used to it.  So, I will wear them and try to get used to it.  But man, now I understand why my dad doesn’t always wear his!  #allofthesounds #overwhelming

I also went on Friday to check my contact lenses. I am switching from Specsavers to a local glasses and lens shop. I bought my sunglasses there and I think they are super nice and customer focused.  Lately at specsavers I feel a bit like a number to them.  So I decided to switch.  They ordered new lenses for me and explained that I definitely *do* need reading glasses and that is something that comes with age and wearing lenses for a long time.

Definitely the highlights of this week was Thursday’s ride to Renkum and back and Saturday’s ride from Leeuwarden in the province of Friesland.  The weather wasn’t exactly as we had hoped, which is why we did the “shorter” ride on Thursday to Ron’s hometown and the longer ride on Saturday (boot camp was cancelled and I skipped spinning since we were starting fairly early).  I don’t think I’ve ever ridden this much in one week!  I’m so glad I invested in decent bike shorts!!

Renkum via Heteren and back to Arnhem

Even though we’ve gone this way before (either with the bike or as a run) it was still a really nice ride.  Also there was one part that I haven’t done before, right after Heteren and up a bunch of stairs and then along the highway (on the separate bike path).  Once we hit Renkum we actually stopped off to get flowers as Ron’s mom and dad’s gravestone had been updated and back at the gravesite.  We haven’t been back since the funeral so I was very nice but also sad to be there again.   I think she would have loved the flowers we picked out for her.  It’s a hard week this week with Mother’s Day on the horizon;  obviously there have been a lot of thoughts and feelings again about Ron’s mom passing away this past February. 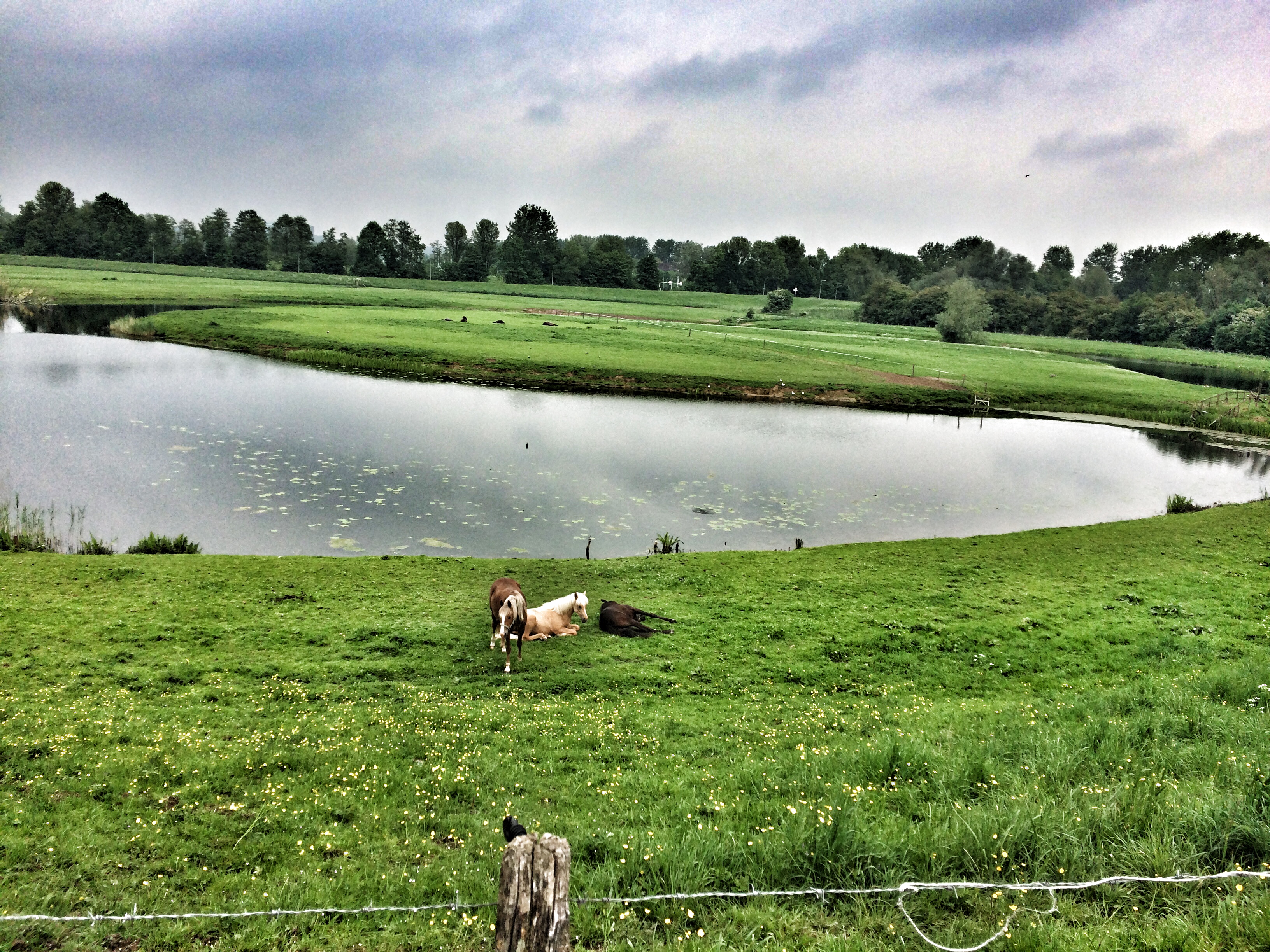 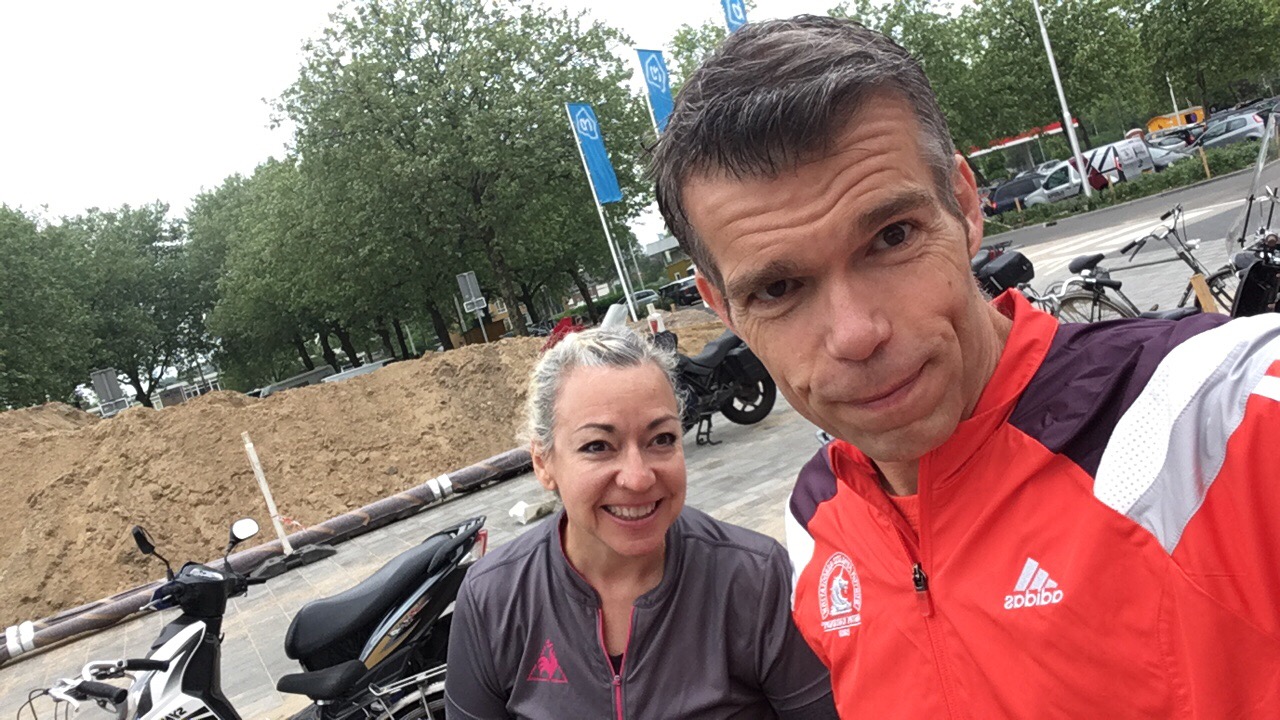 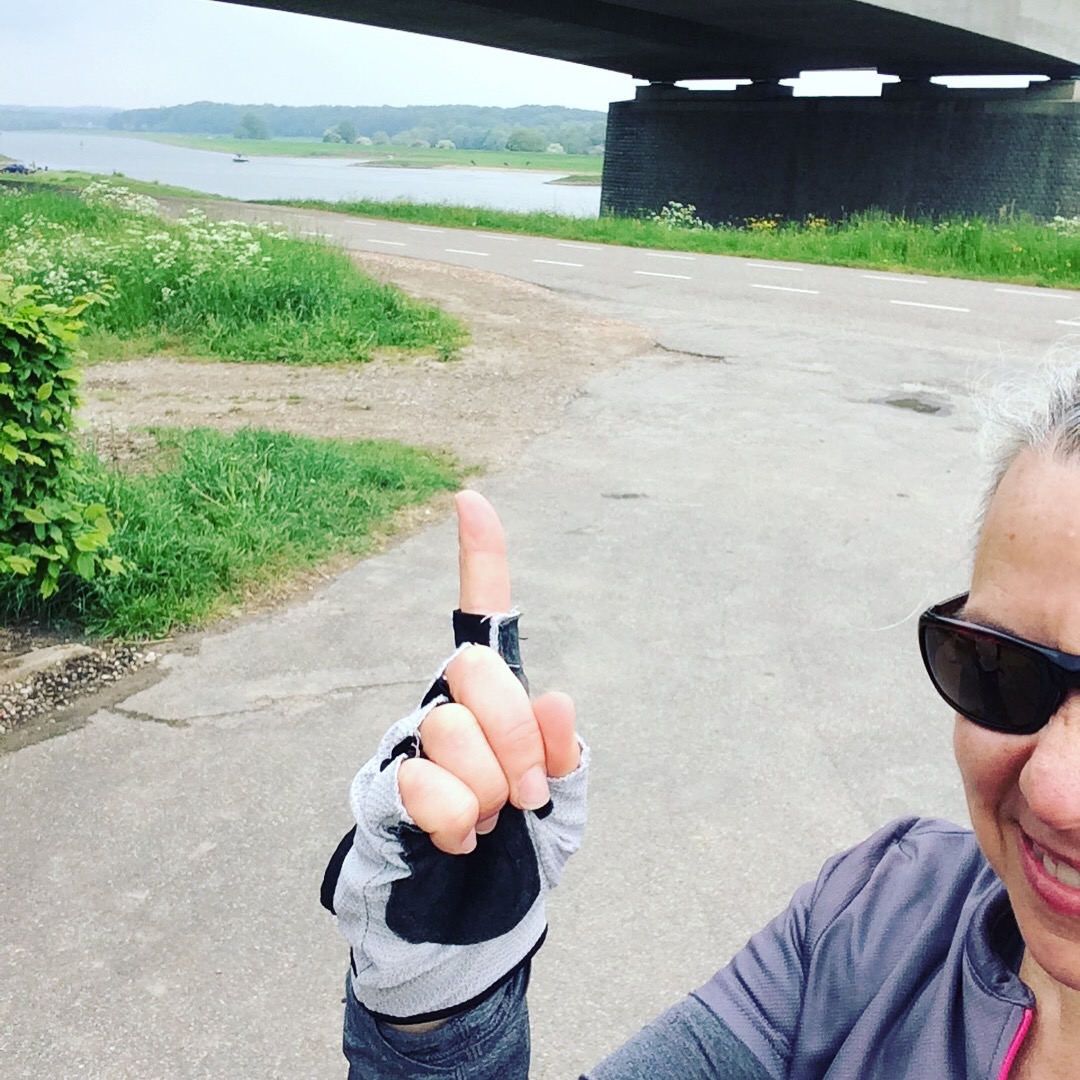 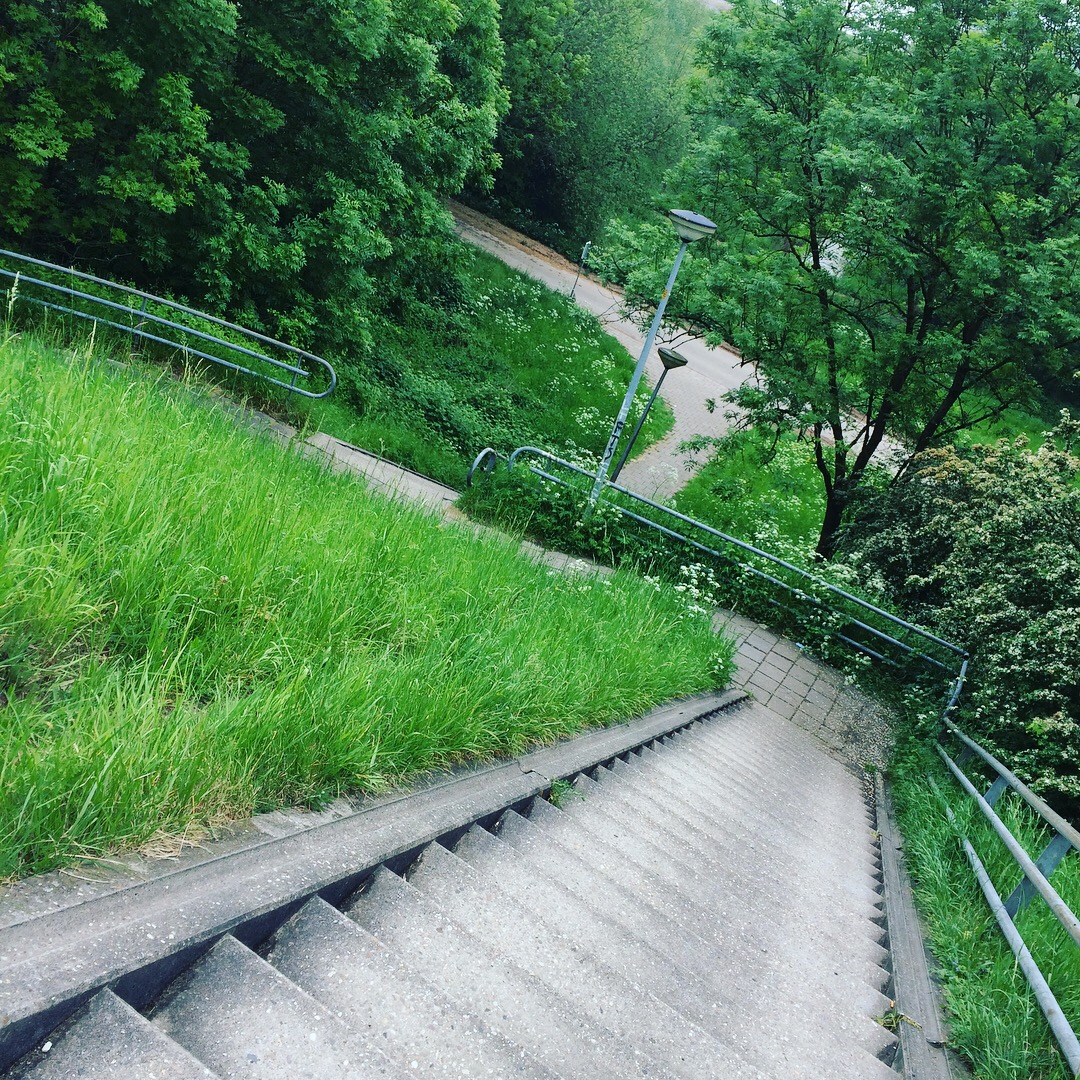 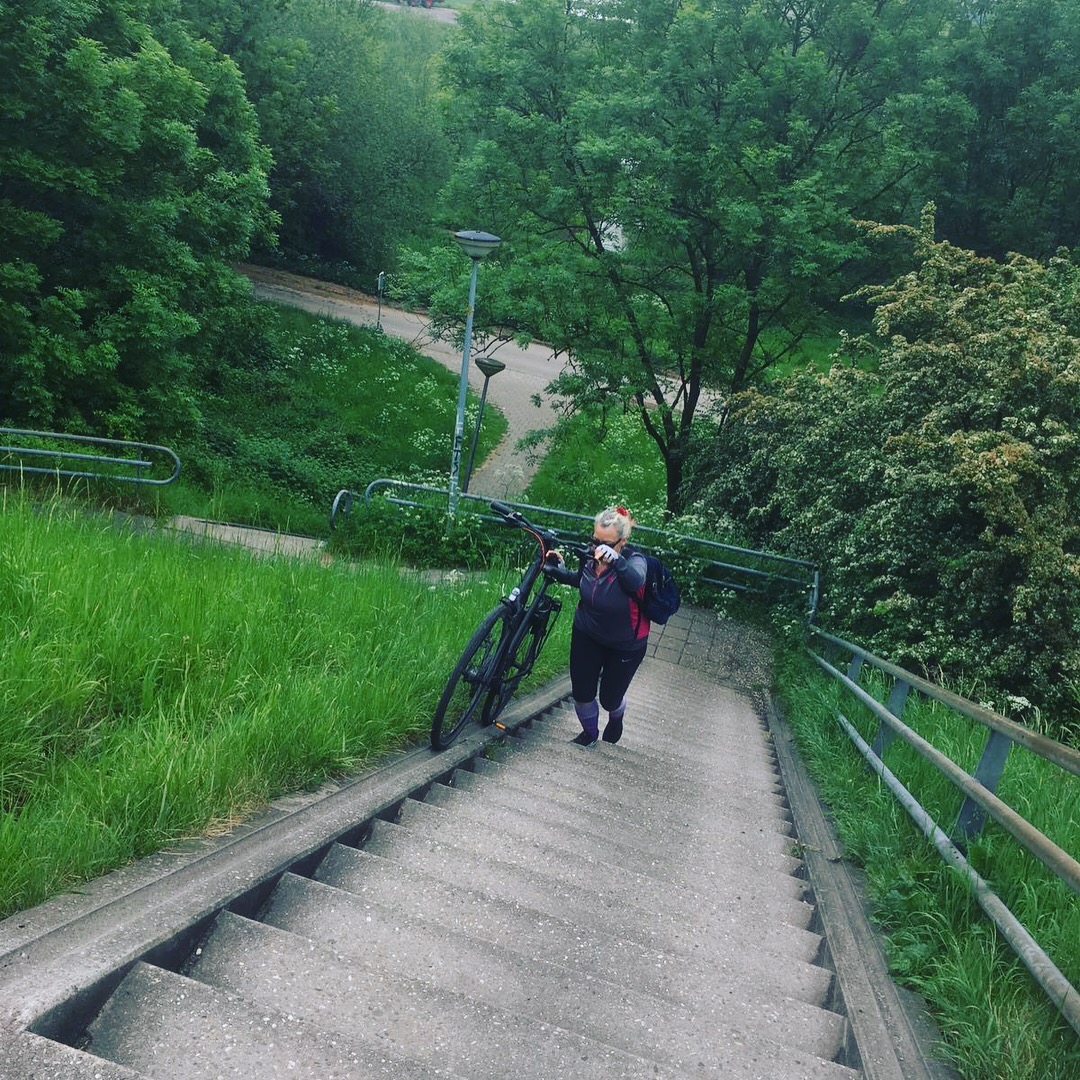 We then stopped off at my brother- and sister-in-law’s place for a coffee, then back home (with a pitstop for food).

On Saturday we jumped on a train (3 actually) with the bikes – we picked up cheap train tickets so we figured we’d use them to go as far away as possible – and headed to Leeuwarden.  Leeuwarden is up north and is the capital city of the province Friesland.  We’ve been up there a couple of times but never on the bike.  It’s so funny that this country is so small but yet the difference between Friesland and Gelderland (and other provinces!) is totally different.   On tap was a 70KM round headed out of Leeuwarden to the sea and around through some of the villages of the famous “Elfstedentocht” (Ice skating competition through 11 villages on frozen canals).   My butt is way sore but I LOVED our day out.  When we finally got back to Leeuwarden (5 hours of cycling) we found basically the best burger place in town, chowed down, had a beer and got back on the 2 hour train ride home. 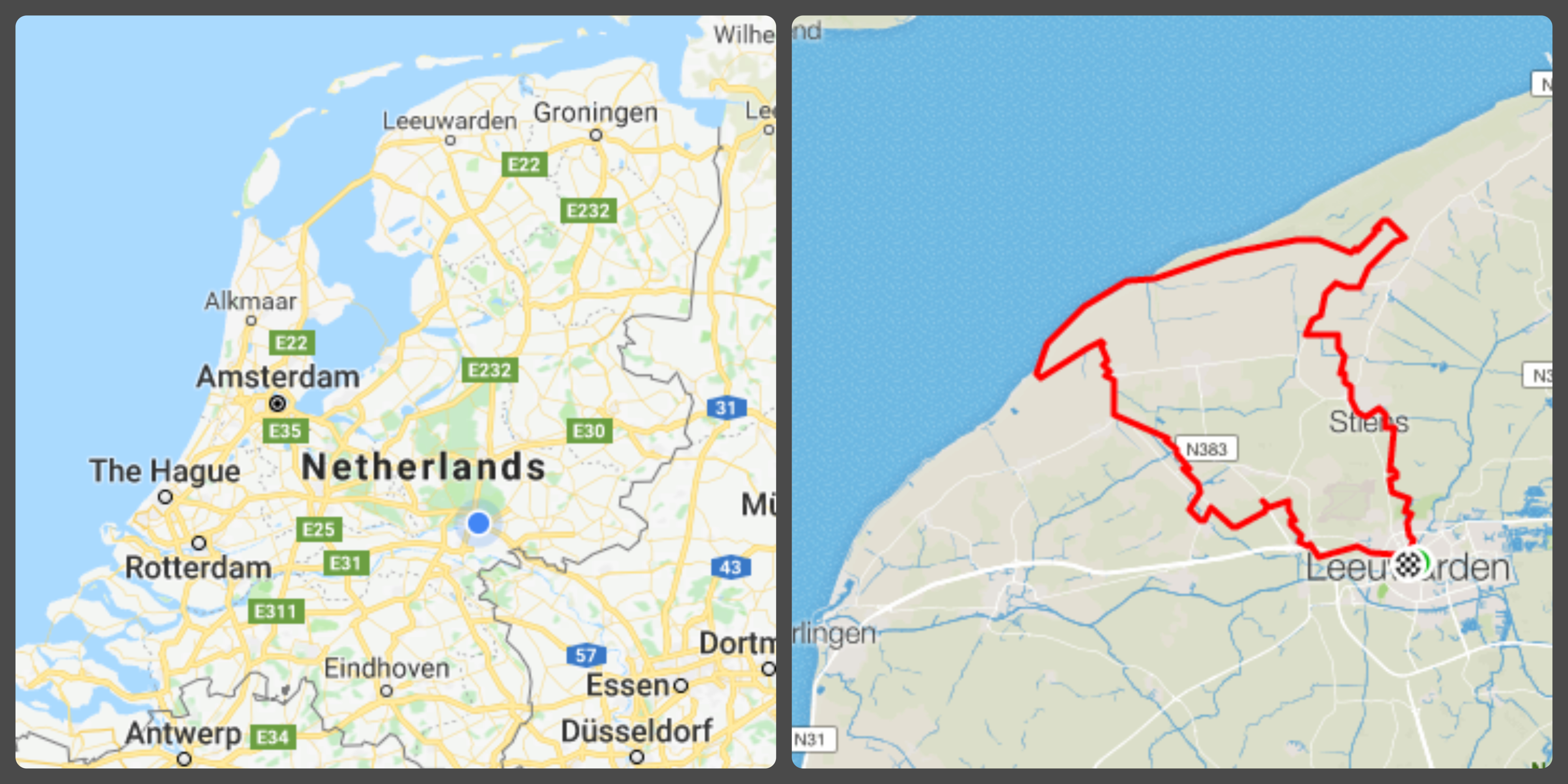 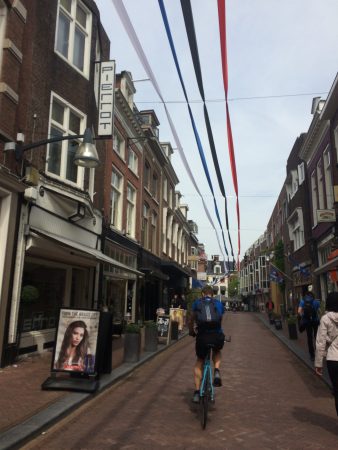 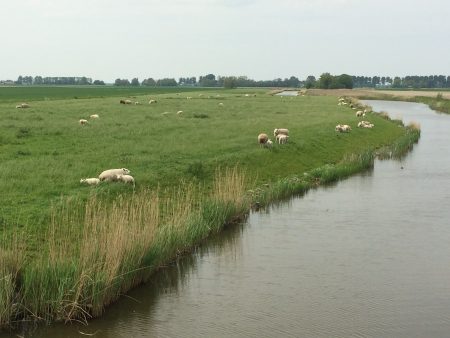 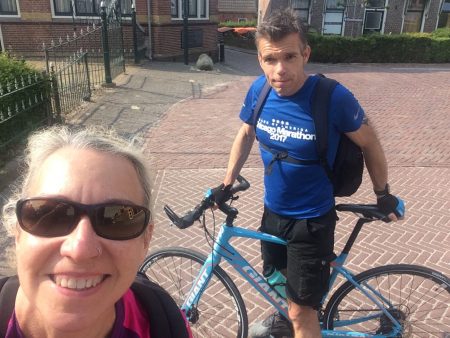 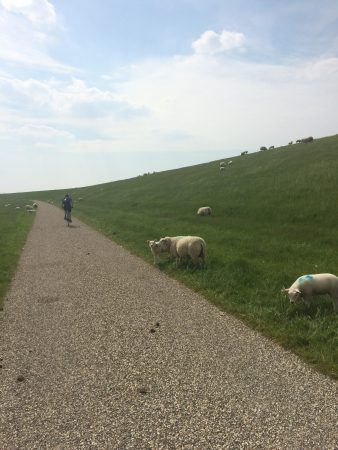 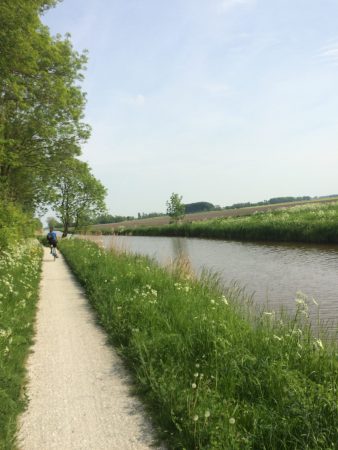 I only had one run planned this week (well, there was a very slight possibility on Monday), on Sunday, for 10K and that’s exactly what I did.  The fun / weird / shocking part is that I ran really, REALLY well.  Like 10K in 1:02.  I don’t know how or why but I will take it!!  I think I’m learning that less is actually more!  So less running and more cross training is better for me right now.  My foot has been killing me this week, but while running I didn’t feel it at all.   Let’s see what happens next week in Liverpool!  I’m getting a shot Tuesday, just in case,  and I will likely tape my toes and leg on Sunday. 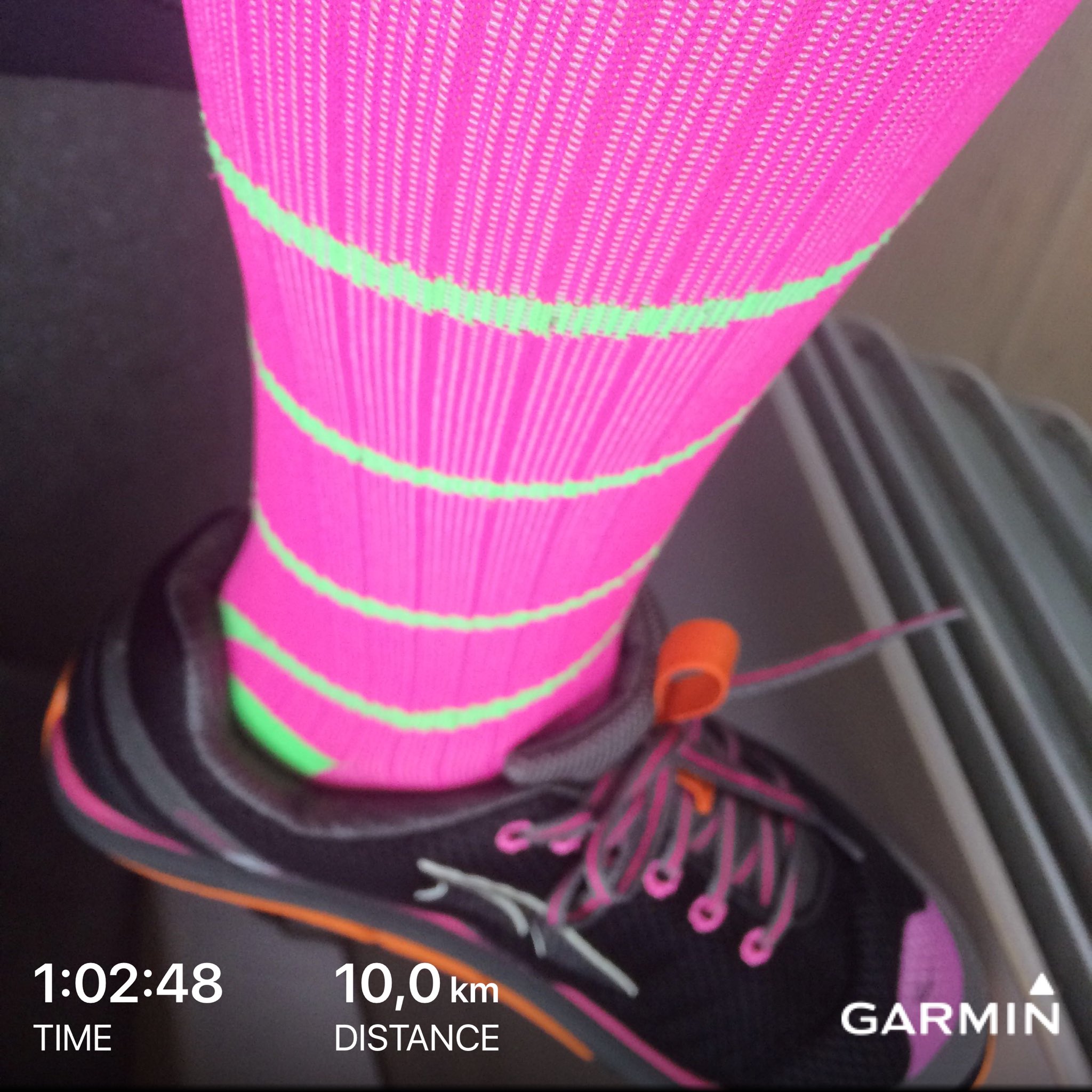 So, a really good week. I’m glad!  Here’s to another one!

How was your week?
Do you plan and prep your food for the week or even a few days at a time?
What’s the most you ever cycled (if you cycle) in one day?
Are you a less is more kind of runner or do you feel like you need to run (nearly) every day to keep your running fitness up?