May Conclusion, June Goals and… Weigh In #5

May in a nutshell

Biking – hard to make a comparison since I don’t usually track every kilometre but did so for our yearly May challenge at work. It is definitely WAY higher than usual since there was a 75KM bike ride thrown in the mix.

AM Workouts – I feel like I did pretty well in this area considering I normally don’t do anything in the morning! I believe I missed 4 or 5 that I planned in my bullet journal. I’m going to continue this in June.

Steps – Higher than February, March and April. About 20K steps less than in January.

Running – less than February, March and April. More than in January.

Stairs @ work – FAIL. Have to rethink this one. I think taking stairs are important but I just can’t be bothered. Maybe I’ll come up with a sort of reward for this one.

Overall not unhappy with May results. Quite the opposite!

And since we are on the subject of weight-loss…  this week’s weigh-in: 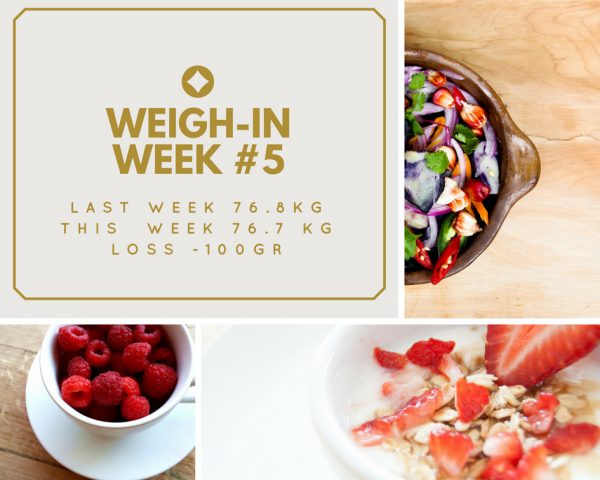 Weeks are Wednesday to Wednesday so my first few days were actually really good – I had even already hit my weekly activity target by the time Friday morning rolled around.  Then we went to Málaga… where I did try to make reasonable choices, not drink too much (Friday I had one beer, Saturday I had two, but Sunday after our epic run to Torremolinos I had a total of 3 throughout the day AND some wine at dinner.  Yeah. That’s right, call the newspapers, I went all out) and when eating out I focused a lot on the recommended “free”  (obviously they are not free of calories) foods that WW suggests you focus on – chicken, fish, veg, fruit, that sort of thing.  So while we had a lot of tapas, most of mine were salmon, tuna, chicken, I had a huge salad on Sunday night (spinach, asparagus, walnuts), shrimp.  I did have other things that are not “free”  but just tried to keep it all in moderation.  I drank a TON of water, we walked a lot and, as you all know I ran 24KM in total while I was there.

So… 100 grams… it’s not much.  I had the expectation of maintaining, so I’m very ok with the result.

Now the work begins.  No more trips for a while and marathon training starts next week.  I will definitely need to keep in mind that I need the fuel for running, but perhaps the carbs not so much in the beginning.  Don’t get me wrong – I am not excluding carbs.  Minimizing pasta, bread, rice and potatoes on the days I do not need the fuel is actually the focus.

Are you satisfied with how May went for you?  Do you have June Goals? What’s your favorite non-carby running fuel?  Does that kind of fuel even exist??