A bit of extra biking here and there last week but nothing major like in the last weeks. Total: 25.2KM (basically just commuting and running errands).

My daily goal is 10,000 steps.  I recorded running with my other Garmin watch so that the steps would be kept separate to anything I ran.  Total steps 100,288 (well over the 10K per day)

and… the weekly weigh-in this morning… 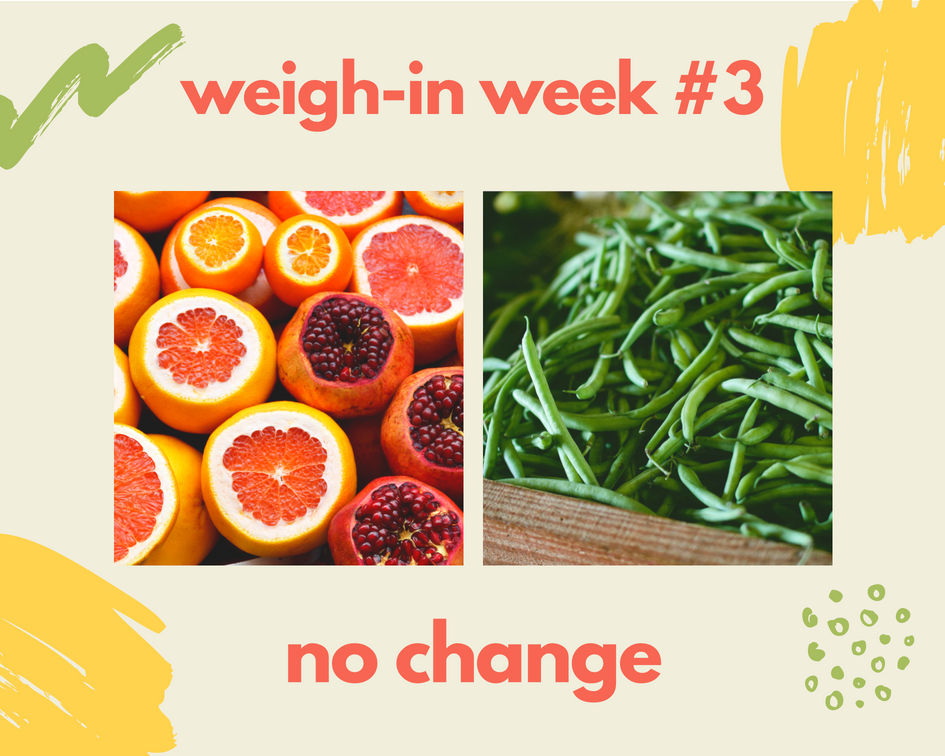 As suspected I had no loss last week with my Liverpool trip right in the middle of the WW week. Basically I made decisions and my result is based on those decisions.  To be honest, there is no way I could have really counted points and, moreover, one should not be dieting the days before a half marathon anyway.  The carb-loader drink alone adds tons of calories/points and I’m not going to run 2.5 hours without having enough glucose stores, if you  know what I mean.  So, back to the grindstone this week – hopefully I’ll see another loss because… of course I’ll be away AGAIN for a few days which will throw me off track again. (next trip coming up in 10 days).

I figure if it takes me 3 weeks to lose a kilogram, then I have 12 weeks to lose 4 more and I think that is reasonable and doable. I would be extremely happy to lose 5KG before my birthday (in 15 weeks).  So that is the goal I’m striving towards.

I’m late to the game – how was your week last week?  Do you tend to gain weight on vacation?