That is what the weather has been like here lately.

Don’t get me wrong, I just came back from Phoenix and Albuquerque… it’s HOT. Here it’s humid. That means stickiness.

I love it when it’s sunny and warm and I deal with the humidity the best I can. After all, we don’t have consistent summers here, you have to take the good with the bad. Today we were waiting to break the all-time high record of 38 that happened in something like 2004. I don’t reckon that happened and to be honest I haven’t checked the latest temperatures as I’m writing this.

It’s been hot and sticky all week and moreover last week was almost the same (we’ve just progressed to hotter and stickier). I was ill my first couple of weeks being back in the Netherlands, last week it was Hubs’ turn to be sick. That meant that I rode my bike again to the station and home this week a few times, since I didn’t want to take the bus (it was dry and warm, why not bike? :) ). But look at this – it’s a lot of biking lately! 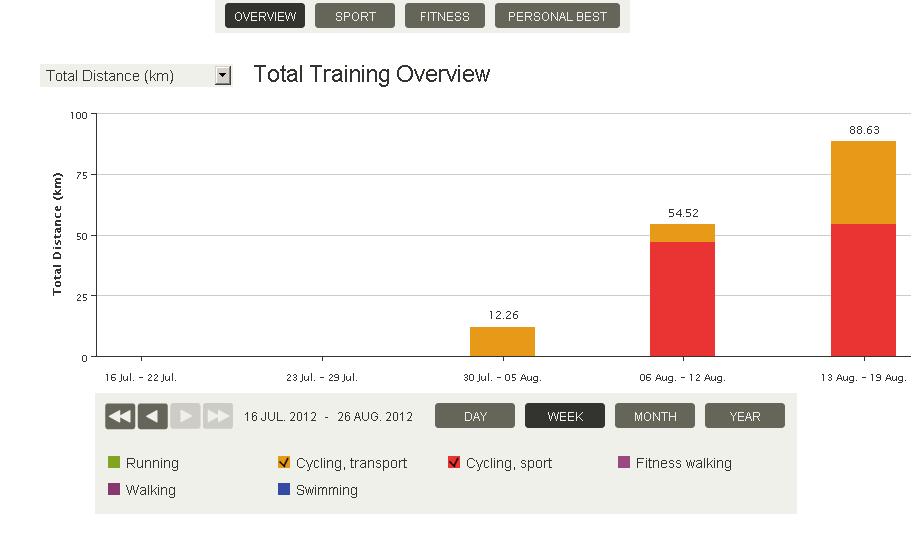 Especially if you consider that my main sport is running:

Anyway, the biking thing… so not only did I do my train station commute, last Sunday we did around 47KM around the Achterhoek we also took advantage of the weather to cycle to my good friend M’s house for a BBQ yesterday and today we went out once again to the Hoge Veluwe, to get a few KM’s under our belts, nearly 55KM to be exact. 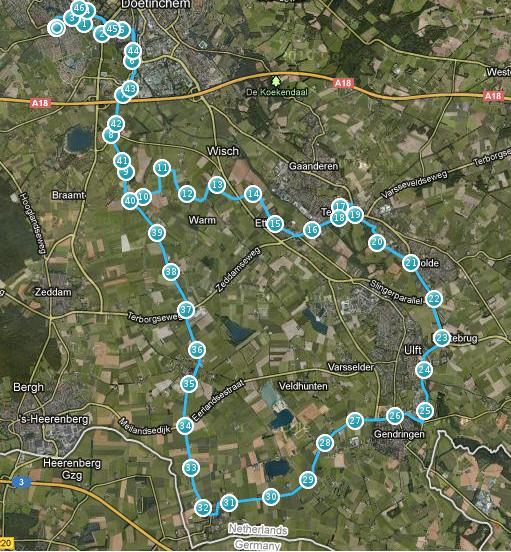 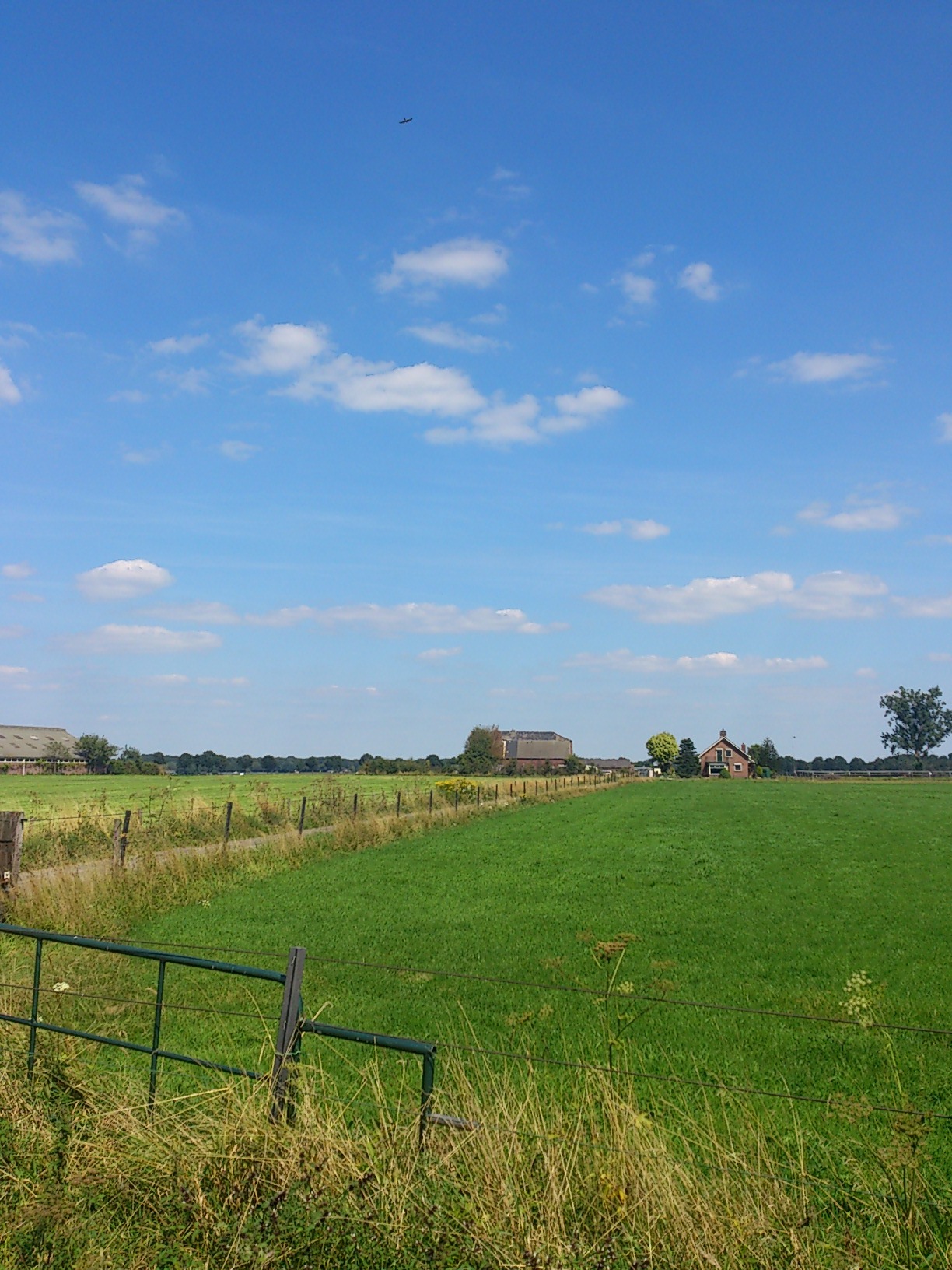 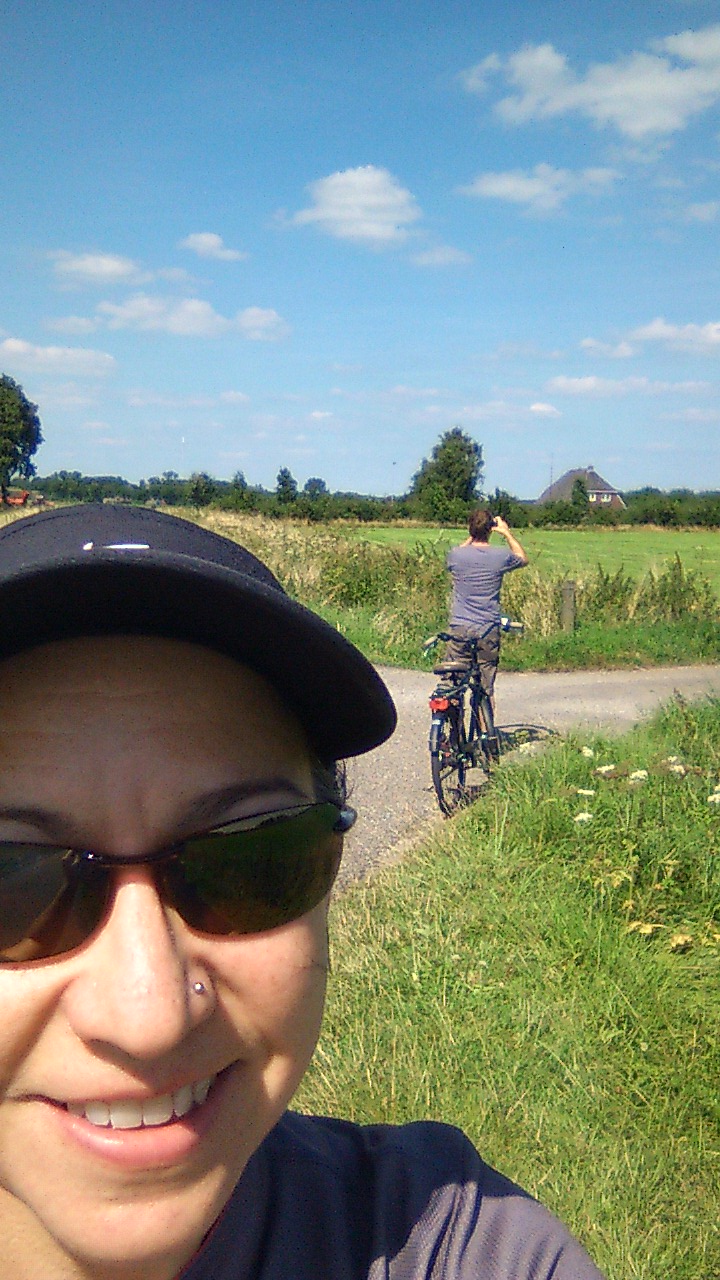 The BBQ yesterday was HOT HOT HOT and there were a few cocktails to be had. Eating didn’t go well, I would say mostly because there was zero appetite (but never fear I was able to get sausages in my belly – my favourite BBQ food -and a few other things :) ) drinking went too well and to be quite honest last night I wasn’t sure there would be a bike ride at all today. Luckily no real problems so we headed out just after 1pm to cycle to the Hoge Veluwe. I have mentioned it a few times now, but again, I would like to say, anyone who thinks the Netherlands is flat, I invite you to come to Gelderland, where there are plenty of hills! 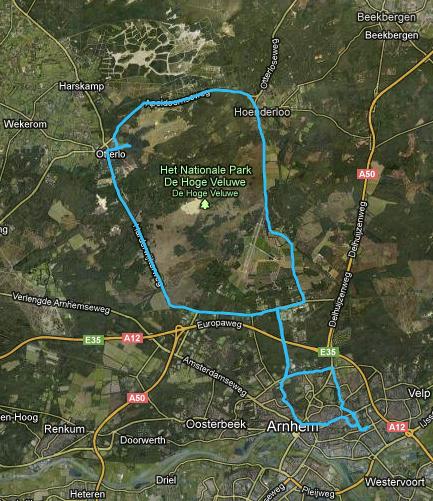 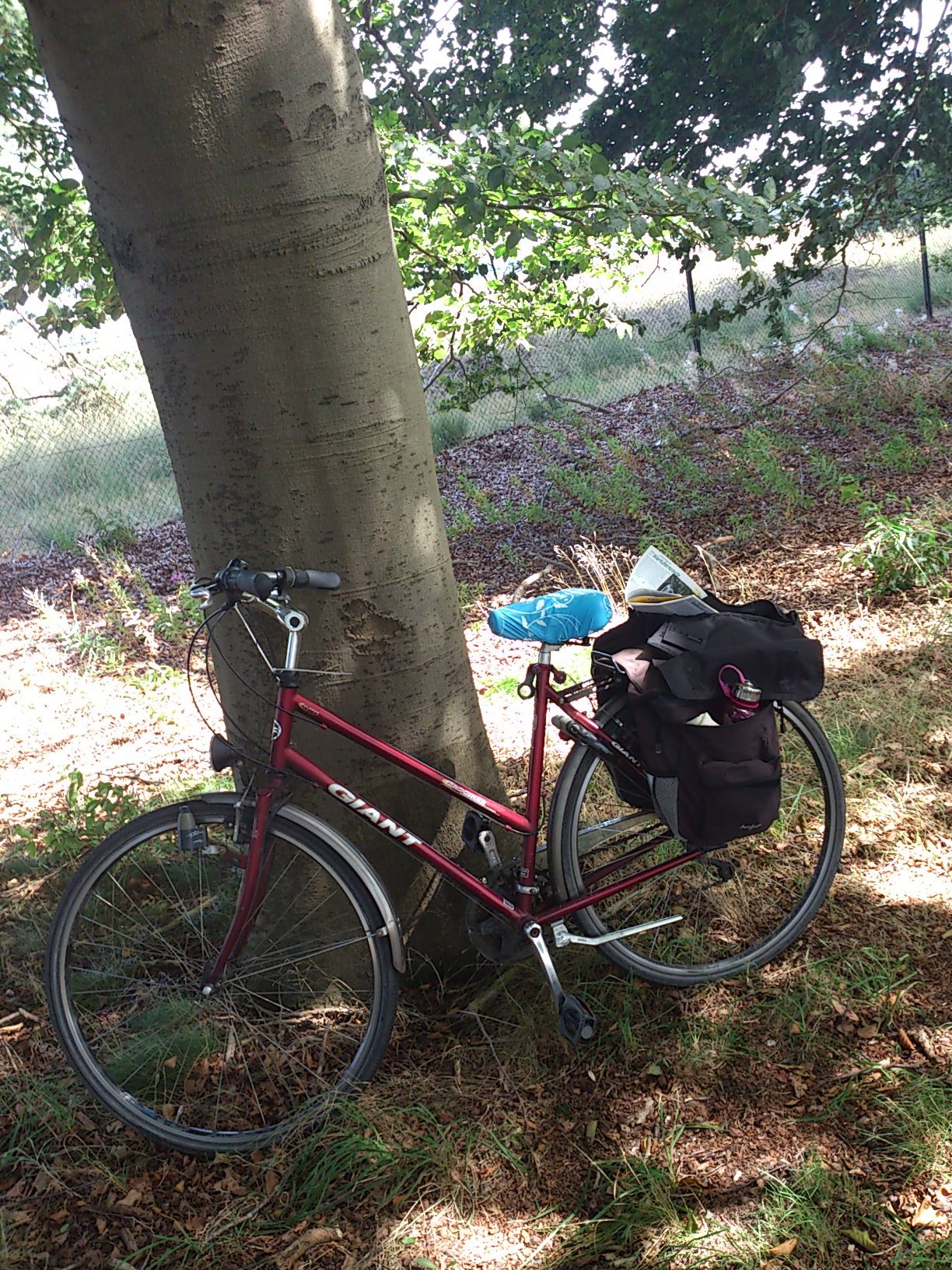 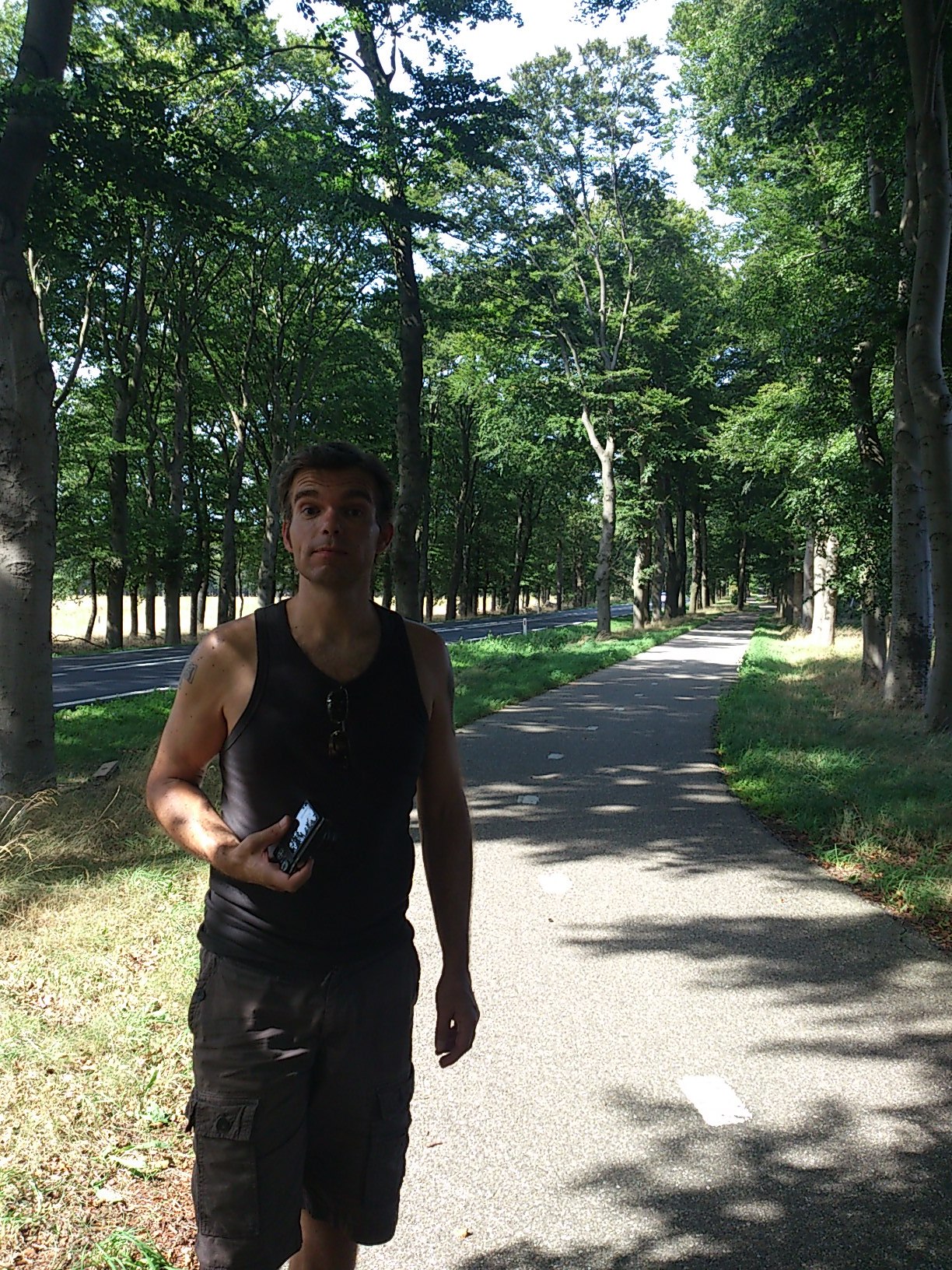 We did stop around midway point for the obligatory witte bier and had a pancake (a dutch pancake and no not gluten-free, sometimes I have to make exceptions) with ice cream and warm cherries. You probably think “Beer and pancakes?” Yes, totally doable ;)

The nicest part of cycling around is seeing things you wouldn’t normally see, or finding a cute restaurant or bed & breakfast to put on the list to try “next time”. Plus it was pretty quiet out, so it’s just good old fashioned sunshine, fresh air, exercise and hanging with your best friend.

Back to running though –
I had one run this week. Just one. I meant to go to the gym at least once and run twice but it wasn’t meant to be this week. Hubs’ picked me up on Tuesday after work as I arrived at the train station and I ran home. I knew it would be about 5KM, but it was going to be hilly. I know the road well; it’s the same road we drive every day to and from the station. But I was determined to do it. As you (may or may not) know, I’m doing the Zevenheuvelenloop (7 Hills) in November and I’d like to be a tad bit prepared for it by doing some hill work. It was again, hot and sticky – and it was hard. I started off by running up and down the steps at the train station (not the main entrance) for 10 minutes, then I just went for it. I had already decided I was going to RUN the whole way no matter how slow. And I did :) 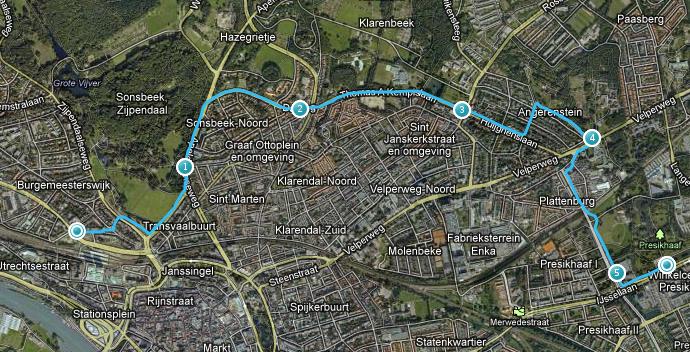 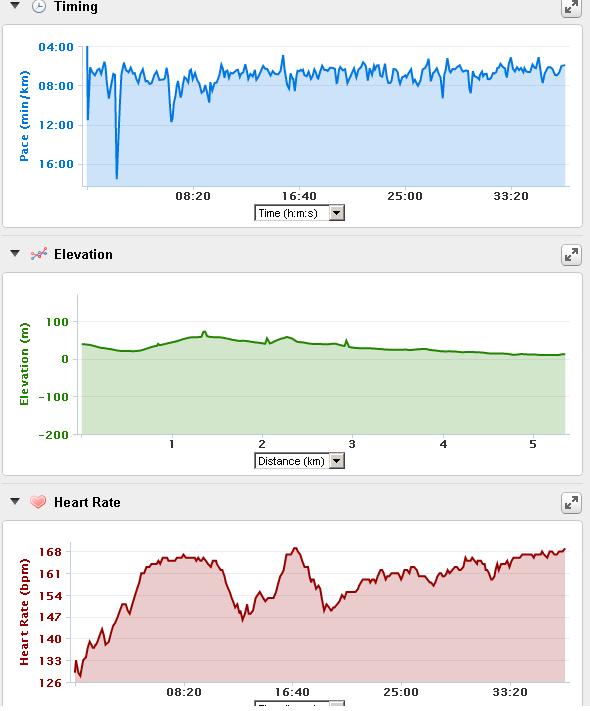 I would very much like to increase my running again over the next couple of weeks, because of course the Arnhem Bridge to Bridge is on the 9th of September! I will shoot for twice again and once to the gym, but I do secretly hope that it will cool down a bit. Or rather, that the humidity level will at least go down!

What did you do this week to be active? What have you got coming up? Do you like it hot or would you rather not sweat the second you step out of the door?