I’M JOINING WENDY AND HOLLY THIS WEEK FOR THE WEEKLY WRAP! JOIN IN WITH YOUR FITNESS RELATED POST TO GET AND RECEIVE SUPPORT FROM OTHER SUPER COOL AND FABULOUS BLOGGERS. 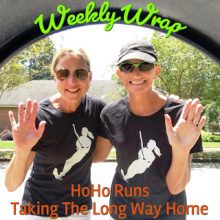 I’m finally coming up for air and late with catching up.  I know we’re already almost HALFWAY through February now, what the heck???   January is fully in the books! Did you have a good month?

I have mixed feelings about the start of the year but I have to say that I’m generally happy with how things are going.

January felt like I was already slacking a bit but I am satisfied with the numbers now that I’ve really looked at them:

I’m still struggling a bit with the timing of everything but I’ll figure it out eventually.  Pilates is always on the Wednesday now, so no more RPM that night.  Also I won’t be running with Runiversity anymore on Tuesdays –  only Fridays now – but I can run with Vincent’s group on Tuesday so that’s what I’ll likely end up doing.   Since I’m training now for a bit more speed and less distance I’m ok with running less.  In fact running less is working out quite well for intervals and short distances and I’m enjoying it.  I have nothing on the calendar past mid-March leading up to my surgery and I’m just going to keep it like that for now.  I can only really fill up my calendar again from June onwards, so it’s likely there won’t be a ton of races this year.  BodyPump and Kettlebells will happen more in Feb – that’s the plan anyway, to be more consistent.

I still haven’t managed to get up early in the morning for a workout!  I also have to food prep and that’s kind of a challenge too;  WHEN do I have time for all this?  I already have taken a break from massage and yet I still don’t have time.  How do you find time for everything?

This year I have some goals to change a few personal habits. I’ve mentioned them a few times now since the year started and I think by this point the main ones that I’m really striving for daily are:

As you know I have a few other things I’d love to accomplish daily but, for example, I’m finding 10K steps per day not necessarily top priority if I’m averaging it daily per week.  I’m not going to get steps in when I’m going to RPM for example, but I know I’ve worked hard, so I don’t worry about the number so much.  Perhaps it will gain importance after surgery. 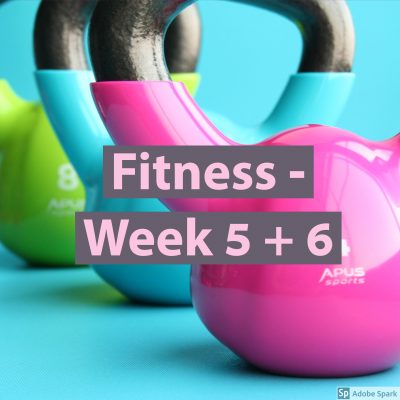 I ran the 8KM of the Apeldoorn Midwinter Marathon 2 years ago (I ran the 25KM in 2016, the 8KM in 2017, and the 10-mile last year) with a time of 49:32.  My trainer had my race in TP as 50 minutes but secretly I wanted to beat my last time.  I thought *maybe* I could hit 48:00 but that’s exactly 6:00 per kilometer.  So I wasn’t sure.  Anyway, I felt good, the weather was perfect (as opposed to Saturday’s ice-rain-snow) and I just thought, the heck, I’m just going to run today and forget about times.   So when we started, I just pressed start on my watch, put my sleeve over it and ran by feel.  I could tell it was going a little bit fast but my breathing was fine and I just went with it.  I passed a LOT of runners.   I ran up the hill.  I flew down the hill.  I just kept pressing on.  At the last kilometer I kicked it up another notch, I still felt like I could keep running!  And then I crossed the finish at 47:45.  That’s 5:58 per kilometer.  I don’t run under 6:00 per kilometer!  Or maybe I do.  I have to stop saying that because I’ve been running faster now for a little while!

Week 6 was not too exciting during the week. Pretty much work, fitness and sleep.  On Friday I had my regular day off;  I slept in a bit (I was so exhausted – in fact I almost cancelled BodyPump with Vincent and then remembered that even if I am tired, I will never regret a workout), watched some Netflix in the morning and then did a whole bunch of household chores in the afternoon (laundry, anyone?).  Because I knew I had a race on Sunday, I absolutely needed Saturday as a rest day, especially with what my trainer wanted me to do during the race.

As I mentioned on Instagram/ Facebook, Groet uit Schoorl was my very first 10KM race in 2011.  My trainer had a ridiculous assignment for me, to run this 10KM already as my PR and I accepted the challenge.  Most important to me was to TRY.  To at least give it 100%.   I knew if I gave it 100% I would at least come in under one hour.  And I DID!  It was not my PR but it’s a course PB.   The assignment was actually to “warm up” in the first KM around 6:12 and from then to run “hard” a KM and “less hard” a KM until the end (the last KM being “hard”).    It’s hard to describe exactly how he wanted me to run it since it was going by heart rate.  My HR was all over the place though from about 6KM onwards so my “less hard”  KM’s were slower.  Next time around I hope to just run a steady pace.  I’d love to do around 5:45 per kilometer steady.  I may enlist my husband to pace me for that.

So happy with today’s result. My coach @runiversitynl gave me a ridiculous assignment and i accepted it. While it wasn’t exactly what he proposed, I still pushed myself. And that’s what it was about. I have a goal this year of busting through ALL my PR’s and unfortunately my upcoming surgery might throw a wrench in the works for some distances but at least I can try my hardest for the 5 and 10k before April, right?? Today is not the PR but it’s under and hour so I’m well on my way! 2 more chances in March … #groetuitschoorl #10km #goedzijniseenkeuze #running #runmotivation #pushthrough #intervaltrainingworks #determination #fitat50 #inknburn #altrarunning #fitbloggroup 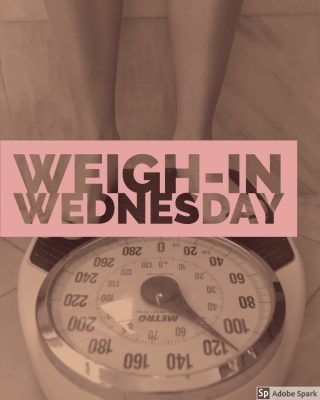 In January I lost 700 gr which is around 1.5 lbs.  I’m happy with this.  Slowly chipping away.  I do struggle on the weekends.  During the week it’s not so hard, really.

Losing weight is a priority but once again I’m just so burnt out on daily logging.   I also decided to weigh in again at the end of Feb (from the end of Jan) as the pressure I put on myself doesn’t feel very good.  I may stop WW for a short time and then re-join later. 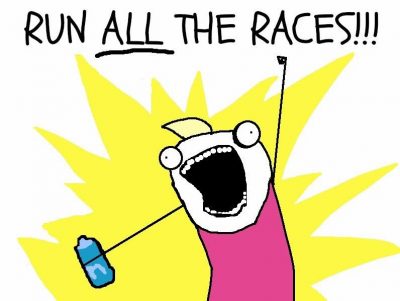 *Can you guess where I might be interested in running sometime after Chicago and before the end of the year?  I have it now completely on my radar, just investigating the cost of flight, airbnb, etc for the trip.  I’ll give you a hint – I’ve been to this country in Europe but not the city.

I know it’s a lot to catch up on, but hopefully you’ve made it through the update (and if you really read everything you deserve a gold star).

Do you feel satisfied with how the year is going so far?
Have you run your first race already?
Do you have a strategy for work/fitness/sleep/social media / personal offline life and keeping up with everything?
Do you put your phone out of the bedroom at night?
Where do you think I am considering to do another marathon (there is no Half option) sometime between Chicago (October) and the end of the year?